Amid voting chaos in various primary elections around the country, the Mothers of the Movement, along with group of Black female celebrities, voiced their concerns about voting access in a letter to Congress.

The letter was sent on Thursday, the seventh anniversary of the Shelby vs. Holder Supreme Court ruling, which gutted a major part of the 1965 Voting Rights Act.

"Fallout from the most recent primaries makes it abundantly clear that we must act now to ensure every citizen can freely and fairly vote in the upcoming general election, and chaos at polling places in recent primaries has demonstrated that elections officials are unprepared to hold safe and accessible elections this year," part of the letter reads.

The letter urges the Senate to pass the HEROES Act, a historic $3 trillion coronavirus relief package that was passed by the House last month, and $3.6 billion in funding for state administration of federal elections.

It was signed by mothers of Black men and women who have been killed by police officers, including Gwenn Carr, the mother of Eric Garner, Sybrina Fulton, the mother of Trayvon Martin, Geneva Reed-Veal, the mother of Sandra Bland, and Tamika Palmer, Breonna Taylor's mother. 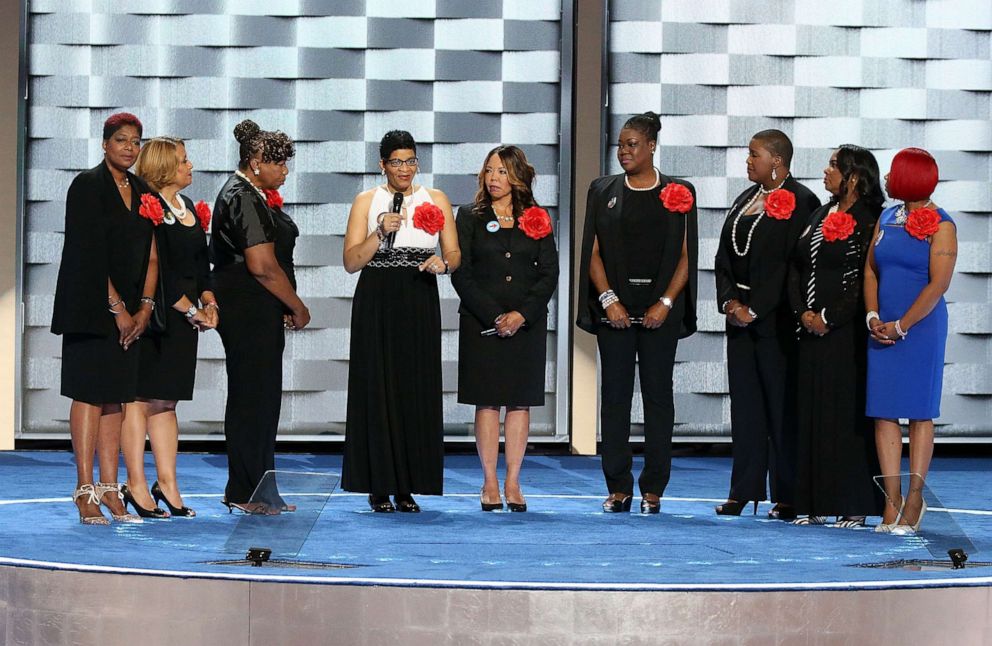 Paul Morigi/WireImage via Getty Images
Mothers of the Movement are shown on stage on the second day of the Democratic National Convention at the Wells Fargo Center, July 26, 2016, in Philadelphia.

Amid the coronavirus pandemic, voters in Georgia, Wisconsin, Pennsylvania and Ohio have endured hours-long lines, problems with voting equipment, shortages of poll workers and challenges voting by mail.

"This is modern-day voter suppression, plain and simple. Voters in all these states risked their health, and that of their communities, simply to make their voices heard," the women wrote in the letter. "People should be able to exercise their constitutional right to vote and stay healthy, even during a pandemic. We should not have to choose between public health and a functioning democracy."

The HEROES Act was considered dead on arrival in the Senate, and Majority Leader Mitch McConnell is not expected to put the measure up for a vote. 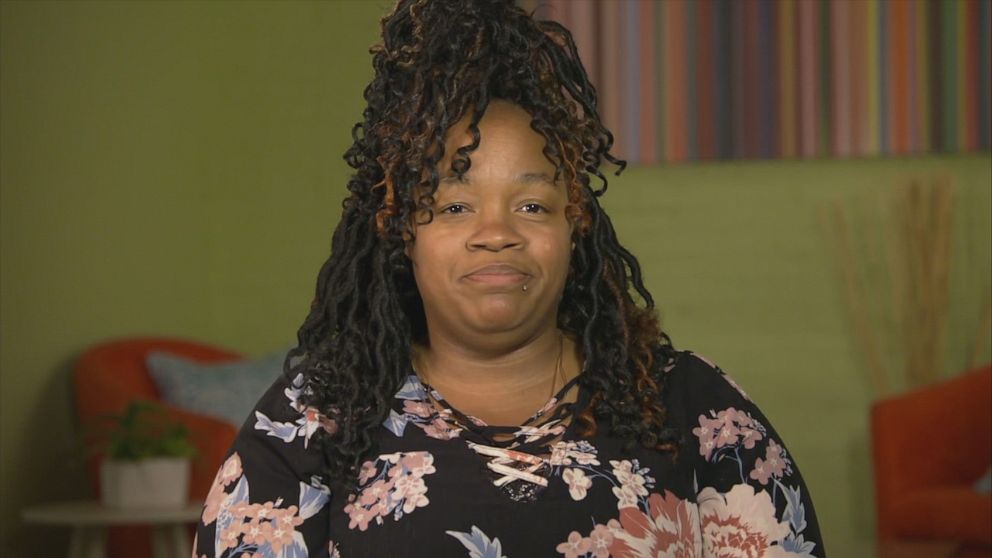 ABC News
Tamika Palmer speaks to ABC News about her daughter, Breonna Taylor, who was shot eight times by police in Louisville, Kentucky, as they executed a no-knock warrant.

"Today, we stand across from the Supreme Court, where seven years ago today the Court undermined justice with the Shelby vs. Holder decision to gut the Voting Rights Act, which we have enacted again to fix with our Voting Rights Advancement Act sitting over in the Senate," House Speaker Nancy Pelosi said on Thursday, while speaking at a police reform event.

In Shelby vs. Holder, the U.S. Supreme Court struck down Section 5 of The Voting Rights Act, a key provision aimed at protecting minority voters by requiring jurisdictions with a history of discrimination to submit new voting measures to the U.S. Department of Justice or a federal district court for pre-clearance.