James Potter has not lived the most typical life. When the coronavirus pandemic began to take hold a year ago he figured -- as a musician, artist and author -- he would be as well equipped to deal with it as anyone.

Potter, like millions of other people who work in the creative industries, has had his life upended in ways the usual ebb and flow of the gig economy could not allow him to anticipate.

Loss of outdoor shows in the winter often means musicians take more inside work, often in bars and restaurants, as has been the case for Potter. But the large-scale dissolution of the gig economy for artists during lockdown has meant a radical sea change. Like so many other creators, Potter has had to reimagine his life, his career and his art.

"You become incredibly grateful for basic human needs and for the soul food that sustains you," Potter told ABC News. "And that's precisely where the arts come in. They minister to the heart and the mind in crisis." 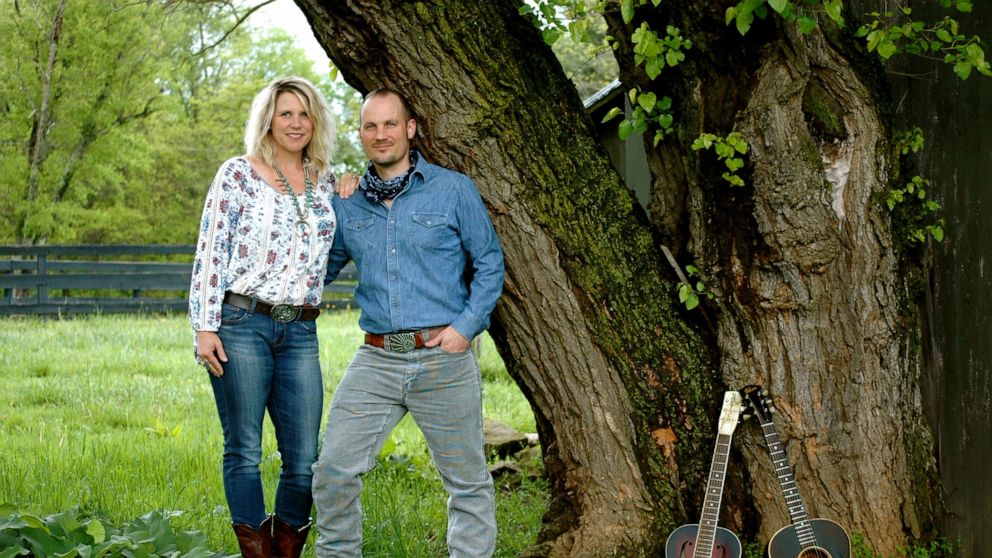 Dana Voorhees
Having their music careers put on pause during the pandemic, James Potter pivoted to writing and illustrating his debut novel "Thomas Creeper and the Gloomsbury Secret." Amy Potter has been focusing on her healing arts business, From the Earth Creative.

According to the RAND Corporation, the creative industries have been hit hard, second only to the food and hospitality industry.

"Unemployment is particularly high for performing artists, of whom 27.4 percent report being unemployed," RAND reported in August 2020. "The vast majority of artists have likely lost some or all of their income, not to mention losing the institutions on which they depend to earn their living. And there is no clear path back to pre-pandemic levels of employment."

Potter had to pivot.

At first, he found himself working as a butcher's assistant near his home in Upperville, Virginia, an hour outside of Washington, D.C.

He then found himself cleaning out a friend's house and prepping it to go on the market before going back to a part time job of delivering Thai food and overseeing take-out from a mom-and-pop Thai restaurant in Middleburg, Virginia. 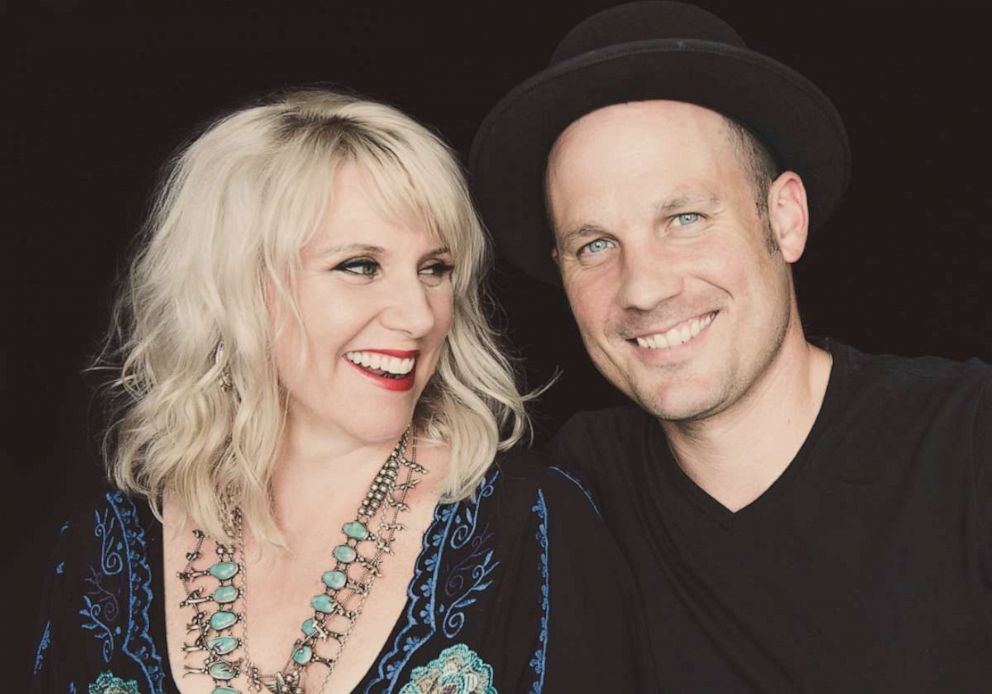 Alyona Vogelmann
James and Amy Potter caught up in a moment of fun during the photo shoot for their second record, Indian Summer.

"These are all things I never planned to do as a writer and artist," Potter said. "These jobs were my lifeline and allowed me to keep my mind stimulated with a podcast or lecture going on in the background. I could still be learning and working on projects in my head while getting tasks done. It's made me extremely grateful to have work that still allows me to pursue my passion."

Having released two albums with his band, The Crooked Angels, over the previous three years with his wife, Amy, both James and Amy decided to focus on passion projects they could do from home, even if it meant giving up pursuing music for a while.

For James, that meant turning his focus to writing and illustrating his debut novel for young readers, "Thomas Creeper and the Gloomsbury Secret," a supernatural mystery for teenagers about a 13-year-old mortician's apprentice striving to liberate himself from working around corpses to become a budding detective. For Amy that meant growing her healing arts business, From the Earth Creative, after finishing her Reiki Master Teacher training in March 2019 -- all while spending time with their three dogs named after musicians -- Townes, Emmylou, and Bessie – and their two cats, Lily and Vishnu.

SLIDESHOW: Performing Arts in the age of COVID-19 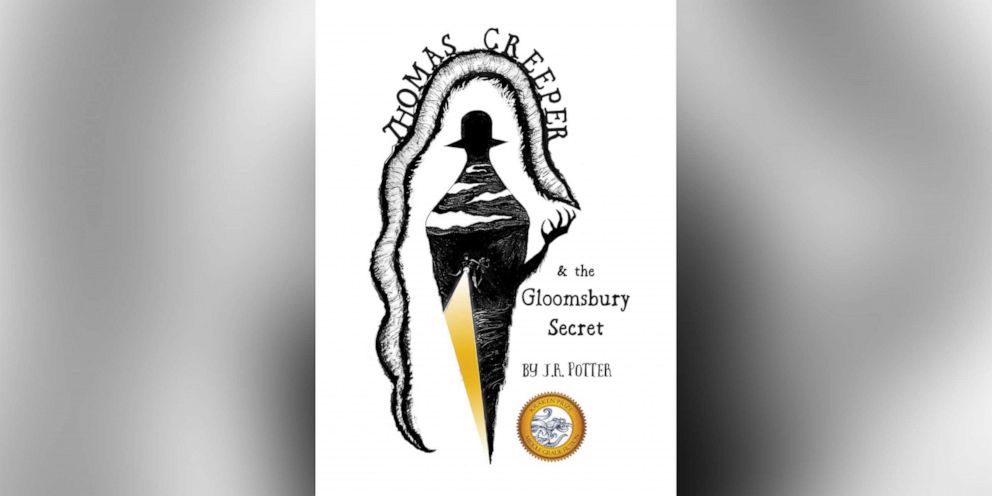 James Potter/Fitzroy Books via Regal House Publishing
James Potter had to pivot from his music career during the pandemic and spent most of his time writing an illustrating his debut novel titled "Thomas Creeper and the Gloomsbury Secret" which will be published in March.

Whether it was art imitating life during the pandemic or life imitating art, the theme of the underdog not just surviving, but thriving, really resonated with Potter and that he felt like he was writing to his former self -- somebody he thought would have needed to hear some reassurance during a time of such great uncertainty.

"I spent a lot of time reflecting about who I was and where I came from over the past year," said Potter. "My spiritual intention for the Thomas Creeper series was set before the pandemic hit -- to create something hopeful that resonated with just one teen in crisis -- but the pandemic really gave it a greater sense of urgency. It's just taken me this long to find the right words."

Zoom gigs better than nothing

For Kagey Parrish and Laura Wortman, a husband and wife professional musical duo from Maryland known as The Honey Dewdrops who have built a sizable fan following and have toured around the world, the pandemic has been debilitating in other ways.

"Feeling isolated from other creative people is bad news," Wortman told ABC News. "As partners, we're lucky to live and work together -- which has allowed us to write and record a new album during the pandemic but not being able to get together and play and sing with others is awful. And, to have, in most cases, zero personal contact with family and friends has been debilitating."

The Honey Dewdrops, from Baltimore, spent the last 11 years touring the world and the majority of their income over that period was made from their live performances. In 2020 alone, the couple had tours scheduled for Australia and the United Kingdom and dates set up all across the United States. 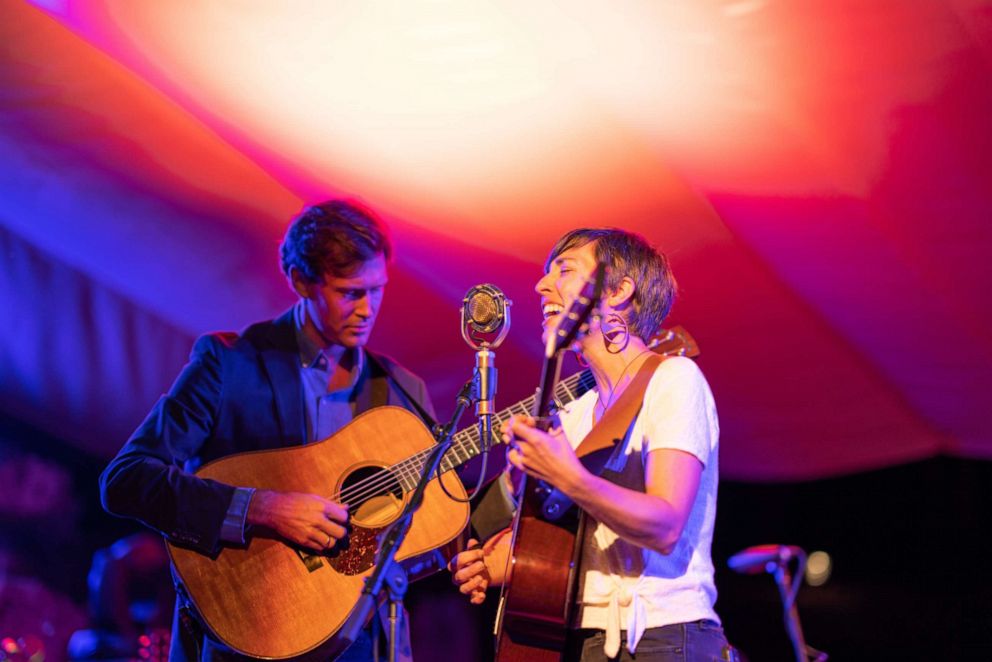 Nolan Zunk
The Honey Dewdrops, Kagey Parrish and Laura Wortman, perform a musical set in front of an audience.

"In fact, we were on tour in California on March 12, 2020, the day the national lockdown was announced and travel bans were issued," Parrish said. "The gig economy fell apart overnight. It took us 11 years to get to that point where we could schedule multiple international tours in a year and continue to build audiences across the U.S. Everything went into limbo pretty quickly. The financial side of things is hard even in normal times."

Not willing to be idle victims of the pandemic, Parrish and Wortman began performing online sets like many performers, in spite of some of the limits that technology can bring.

"We've performed online sets since the beginning of the pandemic for a variety of venues, festivals, and on our own through Facebook and Zoom. It's better than not having any gigs, but the screen experience is pretty two dimensional in that it's difficult to make sure the sound is right coming through Zoom and other platforms. It requires a new skill that has been hard to acquire in such a short time frame," said Wortman.

Having to completely reimagine their livelihood, they have spent much of the pandemic honing their skills, developing a multitude of new ones and pursuing passions they have always wanted to pursue but never had time for.

"During the warmer months we spent a lot of time hiking and going on runs," said Parrish. "We also got a CSA share from a local farm this summer -- something we've always wanted to do but never have because we're often touring in the summer. We also leaned into creating new music, making home demos of new songs and eventually recording them for an album we'll release when we can get back to touring." 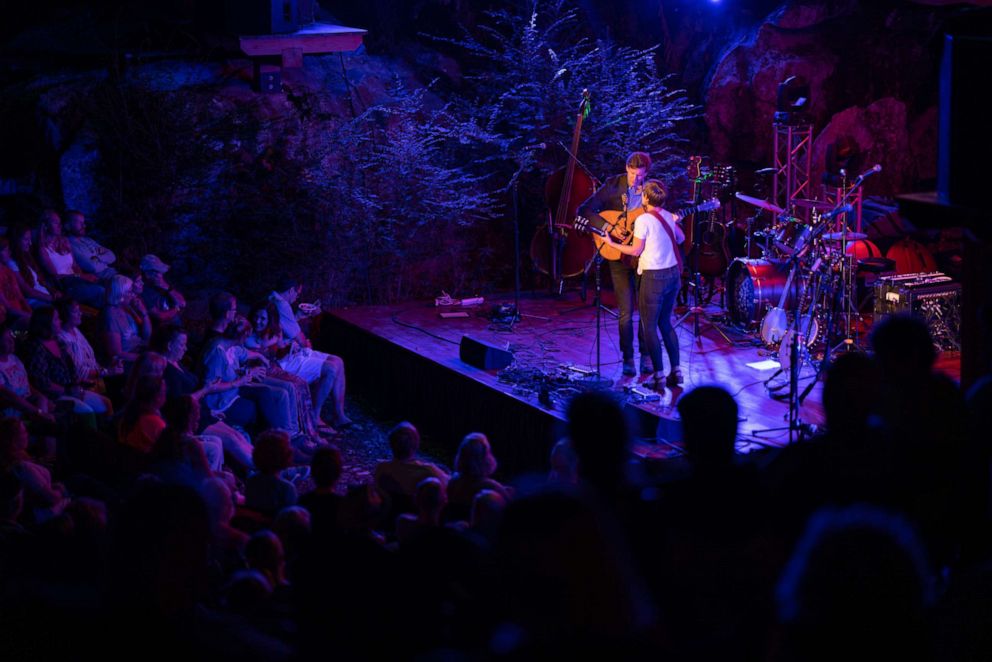 Nolan Zunk
The Honey Dewdrops, Kagey Parrish and Laura Wortman, perform a musical set in front of an audience.

What is clear to both the Potters and The Honey Dewdrops is that things won't be going back to the way they were any time soon -- if ever.

The Brookings Institute in a report from August 2020 said that "the COVID-19 crisis will result in estimated losses of more than 2.7 million jobs and more than $150 billion in sales for creative industries between April 1 and July 31 (of 2020)."

"We're hopeful that this is a turning point in the creative world where artists are seen as essential," said Wortman.

Potter echoed the optimistic sentiment: "It's been a roller coaster of sheer joy and terror. I vacillate daily between existential terror and this driving desire to produce something that means something amid all this dread. But that is precisely where the magic comes in." 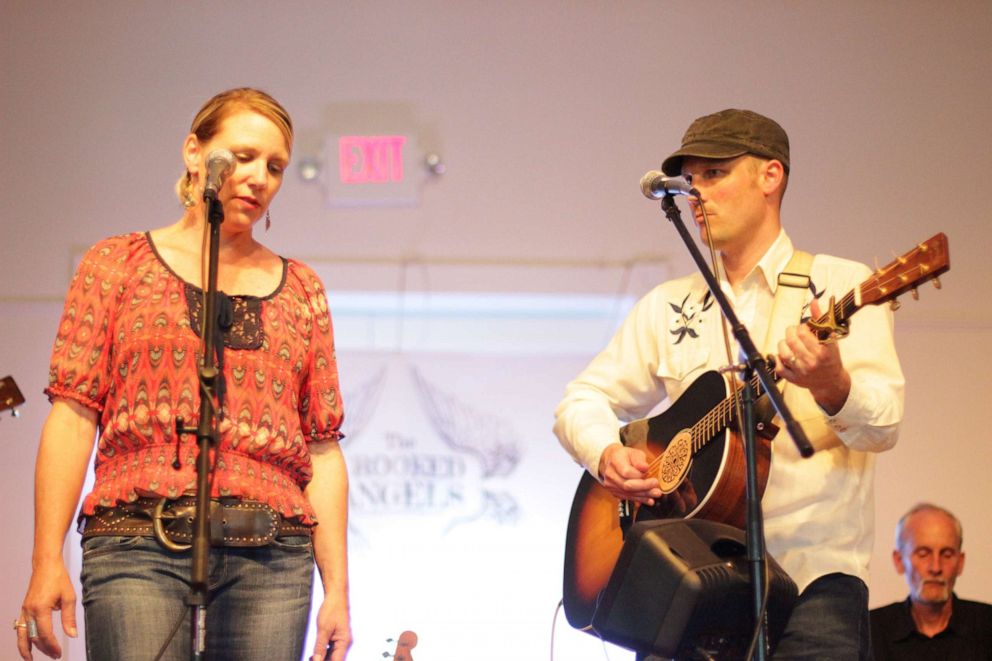 Brenda Griffin
James and Amy Potter take a moment before performing at a party as The Crooked Angels.