NASA has successfully tested its Double Asteroid Redirection Test spacecraft, or DART, which collided with an asteroid Monday night.

Asteroid Dimorphos, which NASA said is the size of a football stadium, does not pose a threat to the planet, in this case. But the mission will help scientists test technologies that could prevent a potentially catastrophic asteroid impact. 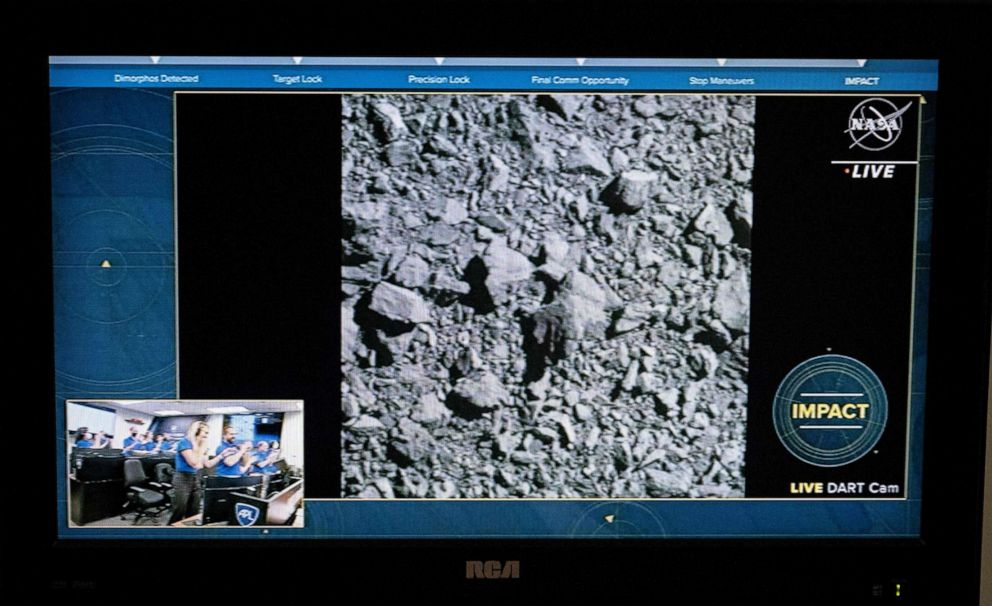 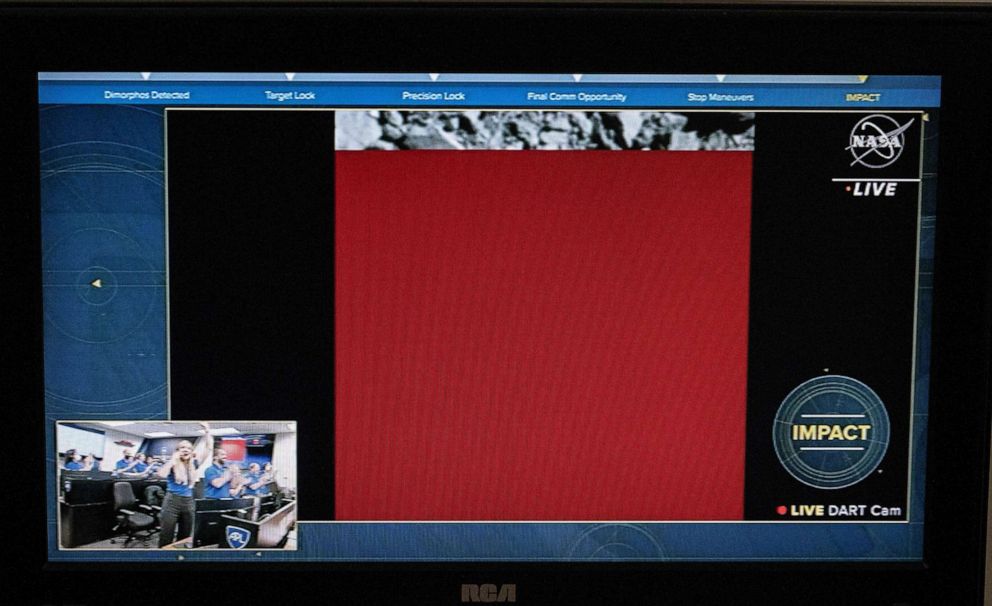 Here's what you need to know about the mission:

MORE: Artemis I launch attempt scrubbed due to possible hurricane

How did the DART mission work?

The refrigerator-sized aircraft, launched atop a SpaceX Falcon 9 rocket last November, traveled roughly 7 million miles to reach its point of impact. On the receiving end of that collision was Dimorphos, a small asteroid that is the moon of a bigger space rock, Didymos.

Dimorphos, which means "having two forms" in Greek, spans 525 feet or 160 meters in diameter.

DART will record images with the Didymos Reconnaissance and Asteroid Camera for Optical navigation. The instruments will give viewers a first glimpse of Didymos and allow the spacecraft to autonomously steer itself into a direct collision with the small asteroid, Dimorphos.

At the moment of impact, DART was traveling at 14,000 mph, a speed fast enough to cover the last 4 miles in a single second. 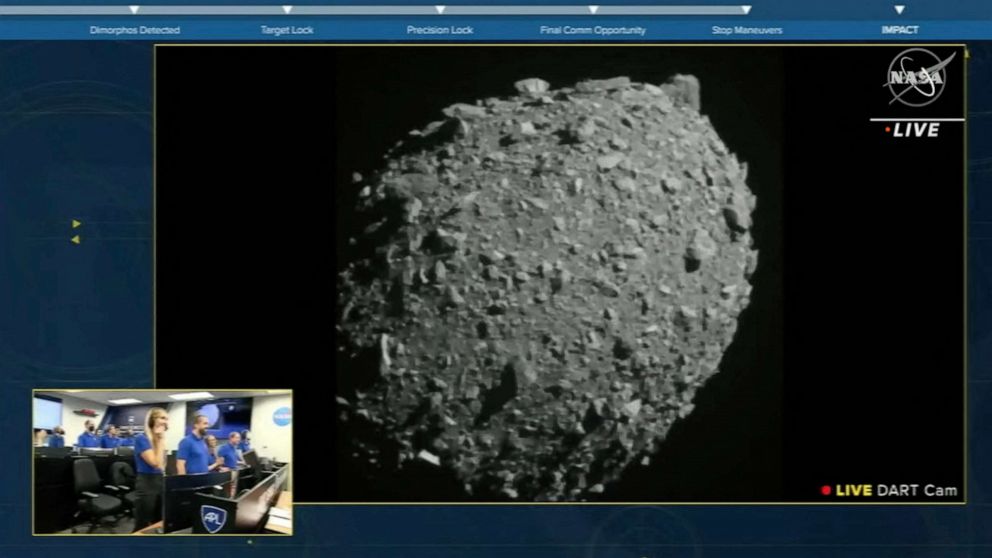 NASA/AFP via Getty Images
This screengrab made from NASA live feed shows Dimorphos just before the Double Asteroid Redirection Test (DART) made impact with the asteroid, as watched by the NASA team (bottom L) at DART headquarters in Laurel, Md., Sept. 26, 2022. 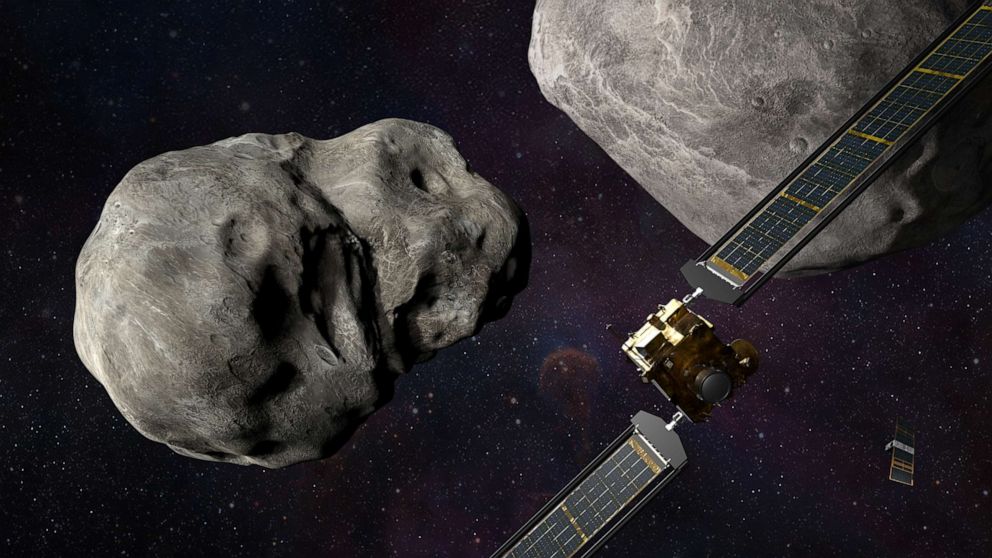 Steve Gribben/APL via NASA
Illustration of NASA’s DART spacecraft and the Italian Space Agency’s LICIACube prior to impact at the Didymos binary system.

The aircraft will not destroy Dimorphos but was expected to redirect the space rock onto a different flight path.

"The idea is that asteroid impacts occur when an asteroid's orbit and the Earth's orbit intersect," Andy Rivkin of the Johns Hopkins Applied Physics Laboratory (Johns Hopkins APL), which is building the spacecraft and managing the mission for NASA, told ABC News last November. "So the idea of kinetic impactor is to give the asteroid a bit of a push so it doesn't show up at the same time, at the same place as Earth."

"This is the only natural disaster that humankind can do something about," Rivkin said of asteroid impacts. "And this is our first attempt to kind of take that into our hands, to take our future into our hands that way."