This story is part of "America in Transition," a weekly series of in-depth reports on key parts of Donald Trump's legacy, Joe Biden's plans for change and what's at stake for all Americans. It airs on ABC News Live Prime at 7 p.m. ET.

As millions of students return to virtual classrooms after the holidays, new research reveals how the coronavirus pandemic has disrupted learning and skills retention nationwide that experts say could take years to overcome.

In a nod to the concerns, President-elect Joe Biden on Friday said rapid vaccination of teachers and students would be a critical priority in his first 100 days in an effort to reopen most of the nation's public schools for in-person learning by May.

"They are the most urgent things we have to do now," Biden said of the plan.

MORE: Why opening public schools during a pandemic is so difficult

"We found that the learning loss experience was quite pervasive, that almost all students were negatively impacted by the pandemic and pivot to remote learning," said Margaret Raymond, director of the Center for Research on Education Outcomes at Stanford University. 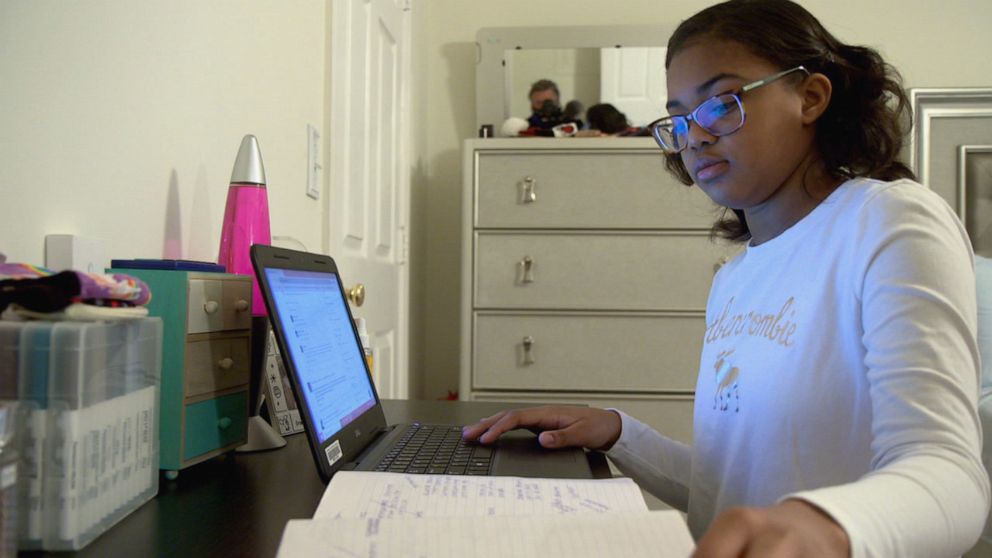 ABC News
Seventh-grader Chloe West, 12, of Alexandria, Va., says matriculation to middle school has been a joyless and frustrating experience during the pandemic.

Sixty-six percent of teachers in one national survey, conducted by the RAND Corporation in conjunction with the Bill and Melinda Gates Foundation, said their students are less prepared for grade-level work now compared to this point last year.

In high-poverty schools, 1 in 3 teachers said their students are "significantly" behind, the survey found.

"If these kids are losing this much learning in just a brief period of time, you have to plan that the recovery time here is going to be years," said Raymond.

"I don't think that it's the teachers or that they're not teaching. I think that it's the technical piece," said April West, a social worker in northern Virginia and mother of a 12-year-old daughter, Chloe, who started seventh grade last fall. "Sometime you have the students on and there's no teacher because their technology piece is no longer working." 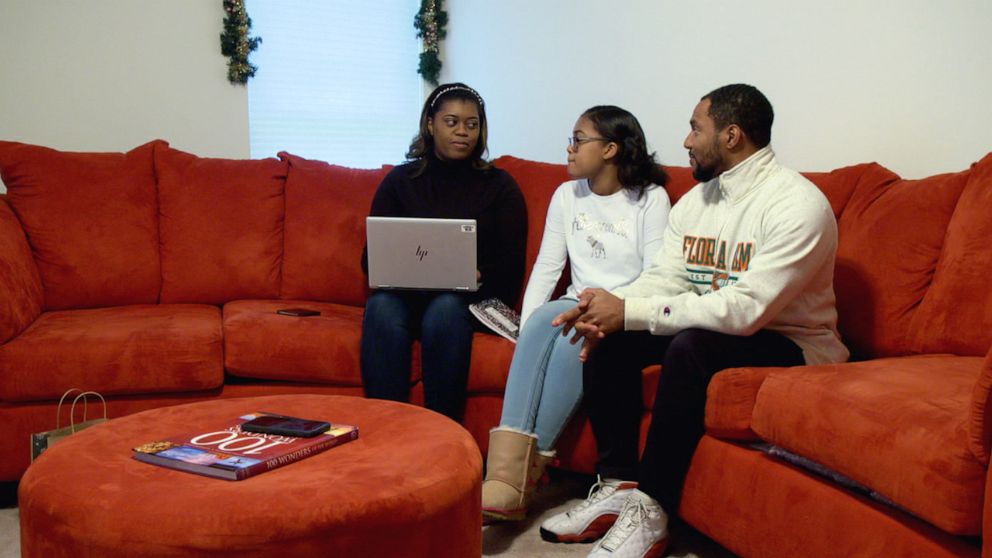 ABC News
April West of Alexandria, Va., worries her daughter, Chloe, is falling behind academically because of technical glitches that have hampered online learning during the pandemic.

Nearly a year after the pandemic began, technical glitches have become a recurring complaint among parents nationwide. Many students say they feel increasingly isolated and unable to engage with their teachers or peers.

Chloe West said she still has not met her teachers or classmates in person, and because few turn their computer cameras on during class, she does not even know what they look like.

"We can't see each other, but when we turn the microphone on, he has us play together," West said of her experience in band class. "It doesn't sound good because some people's microphone doesn't work."

Teachers have been working overtime from home, many developing creative teaching techniques and new lesson plans for the digital space. But union leaders say a lack of support and resources in many districts is causing burnout across the board. 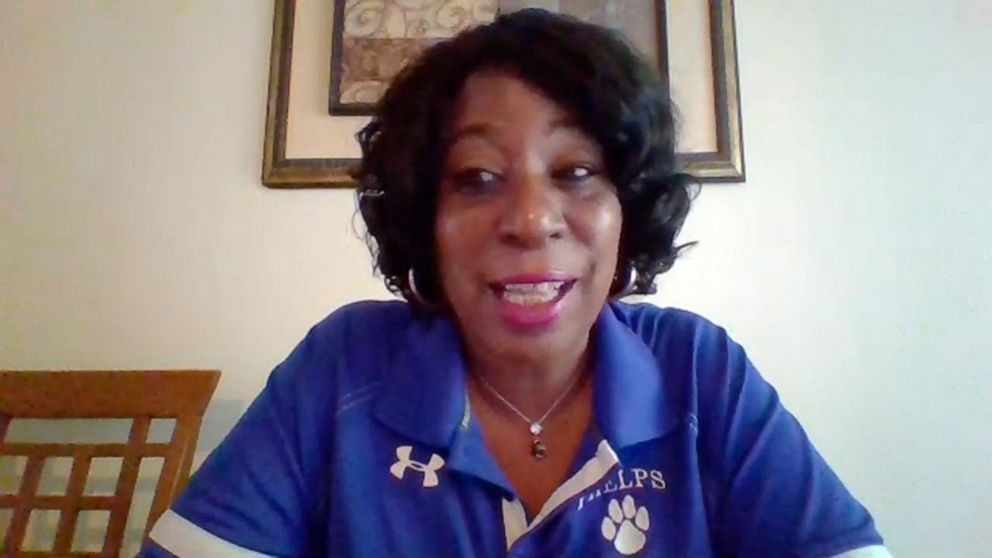 "Nothing can replace in-person learning. Our educators or parents or students want nothing more than to be back together, not only to learn together for their academics, but also for their social emotional learning as well," said Becky Pringle, president of the National Education Association, the nation's largest teachers union.

President Donald Trump and Education Secretary Betsy DeVos, who resigned Thursday in protest over the Capitol attack, had been pushing schools to reopen for in-person classes since last summer. But they have faced strong push-back from unions and public health experts in several major cities.

"The science says it is safe for kids to be in school," DeVos told Fox News in July. "The reality is, parents and students are being held hostage," she alleged in a Fox interview in September.

But with the virus surging, many parents and teachers insist their fears about safety are paramount, staging demonstrations from Illinois to Arizona to New York against a quick return to the classroom. 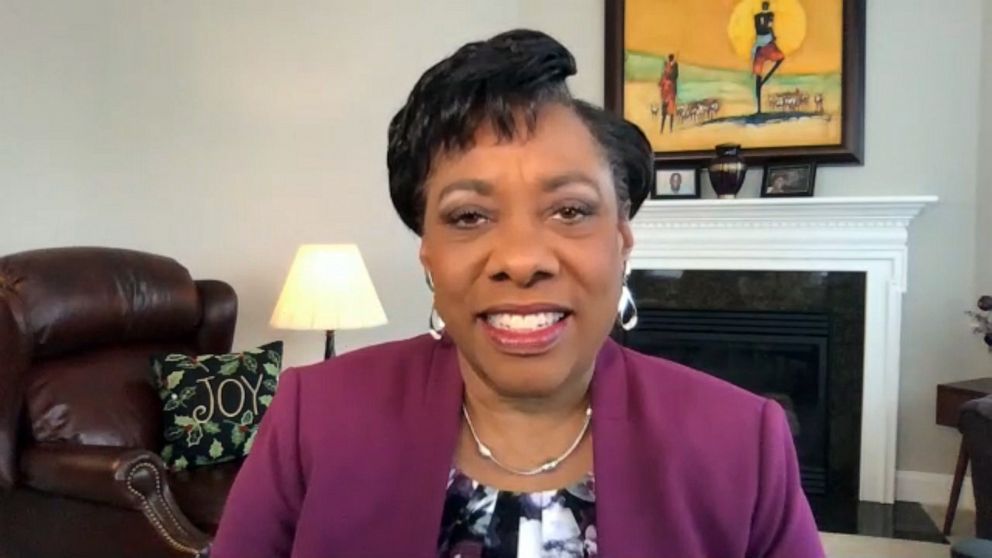 Many families, including the Wests, are making costly sacrifices to fill the gap in the meantime.

"My biggest concern is that it's going to get worse instead of better, only because I know that there's a lot of things that she's missed," said April West. "I supplement with a tutor that she sees every Tuesday and Thursday, also virtual. But again, it is one on one ... $400 a month."

MORE: Educator pleads to let go of 'catching up' at school in viral post

"I feel like the online [approach] was only targeted towards one type of student that can sit there and just listen to someone talk for hours at a time," said ninth grader Ben Martin. "But for me, I'm not that type of student."

High school senior Lily Martin said she worries about being ill-prepared for college.

"I'm worried that when I'm back into a classroom, I'm just going to be like overwhelmed because I haven't been in one in so long," she said. 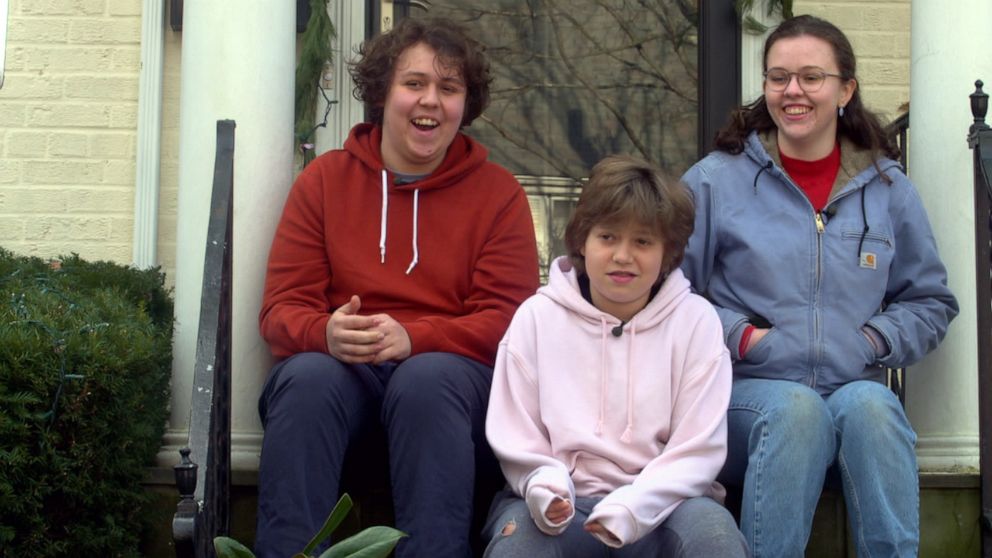 Education advocates have called for development of an intensive, nationwide tutoring program and weeks of summer school to help students catch up.

"It's not only talking about summer school. We've got to approach this from a holistic way," said Pringle, "[identifying] which students need the most additional support, the one-on-one, and the tutoring that's going to be required."

Biden has named Miguel Cardona to lead the effort from the Department of Education. As chief of Connecticut public schools, Cardona has advocated the importance of a return to in-person learning as soon as possible.

"For so many of our schools and far too many of our students, this unprecedented year has piled on crisis after crisis. It's taken some of our most painful, longstanding disparities and wrenched them open even wider," Cardona said last month after his nomination. 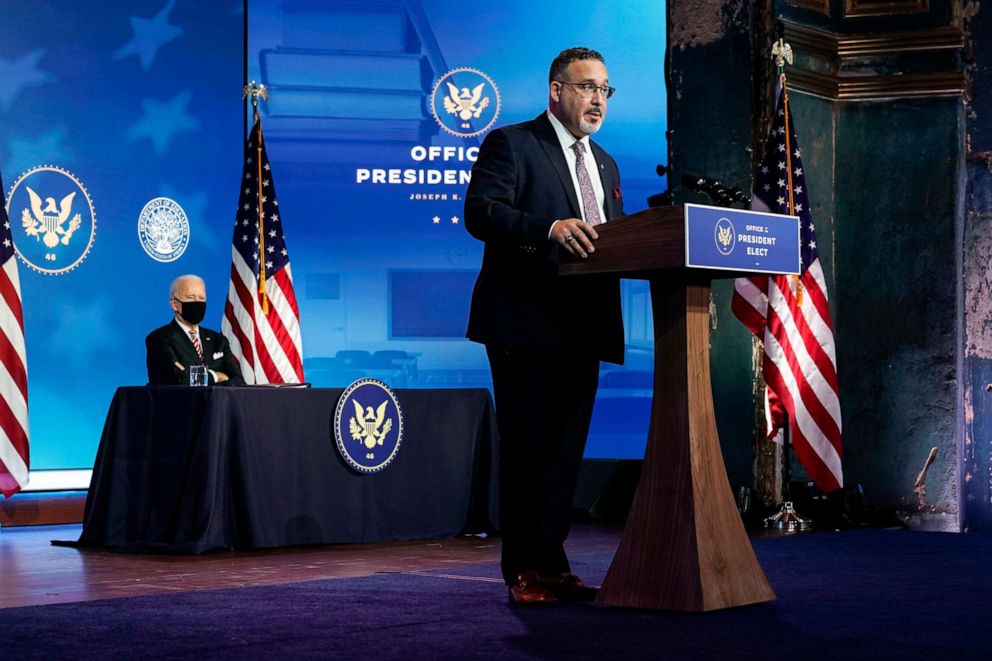 Joshua Roberts/Getty Images
Miguel Cardona speaks after President-Elect Joe Biden announced him as his nominee for Education Secretary at the Queen theatre on Dec. 23, 2020, in Wilmington, Del.

Biden has called for a new COVID-19 testing system at schools nationwide and more funding for better school ventilation, personal protective equipment for teachers and hiring more staff to reduce crowded classrooms. He's also expected to extend relief for student loan payments and push for some college student debt to be forgiven.

"This relief for me personally would help me to take care of my parents," said Lauren Horner, a college graduate with $80,000 in student debt and advocate for federal debt forgiveness. "My dad has come across a lot of health complications. He had COVID just last month. He's still in the hospital right now."

PHOTOS: Schools around the world during the coronavirus pandemic

The price tag for Biden's plan is in the billions of dollars, setting the stage for another fight in Congress over who should foot the bill.

"For me, it's more frustrating looking at other countries and seeing where they are compared to us," said Alex Martin, a student at Butler University in Indiana, now studying from home in Washington, D.C. "They seem to be a little bit more back to normal than we are."

Chloe West said she's frustrated too, as her mom remains cautiously optimistic that new vaccines and a new president could turn this pandemic school year around.

"I know she wants to go back to school, but I as a parent am afraid for her, her health," said April West. "So if by, I would say the start of the fourth quarter, if they are able to at least get to school by then, then I'm all for it. But until things get better, I'm not for it."