Fifty-eight years after Martin Luther King Jr. delivered his “I Have a Dream” speech at the Lincoln Memorial, student J.C. Smith delivered the same words to the world in American Sign Language.

Smith is a student at the prestigious Gallaudet University, an international school for the Deaf based in Washington, D.C.

“That speech inspired me as a Black deaf man living in this world, knowing that opportunities may not be granted to me,” Smith told ABC News’ Kyra Phillips. “Every day I knew that I had to work three or four times harder to really get those opportunities that I wanted.”

This college junior, who has achieved so much already, has also become a part of a movement to celebrate and preserve a language born out of oppression and segregation. 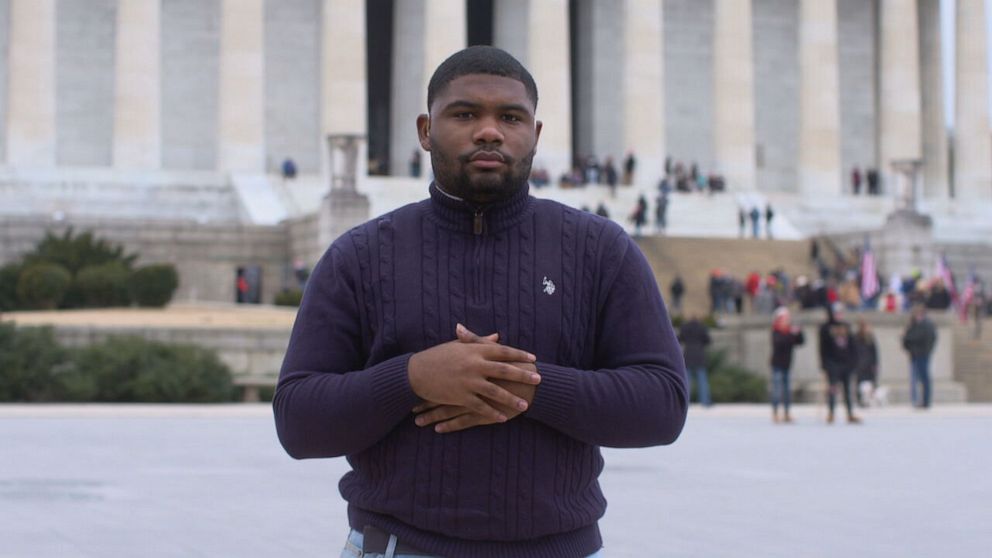 Smith said Black American Sign Language, or BASL, is vital to preserve “because it’s our language. It's our gestures, it's our vibes. It's how we communicate, how we are able to talk.”

After the police-involved killings of George Floyd and other unarmed Black people last year, people of all races across the country took to the streets to demand recognition of Black people and perspectives.

Amid the reckoning, young Black Signers went to social media to highlight the history of a language that had been suppressed for decades.

The first American School for the Deaf opened in 1817, but Black children were not allowed to attend. They had to create their own schools and their own way of communication.

Carolyn McCaskill, a professor at Gallaudet, only had one option as a deaf 5-year-old in the 1960s -- the Alabama School for the Negro Deaf and Blind. 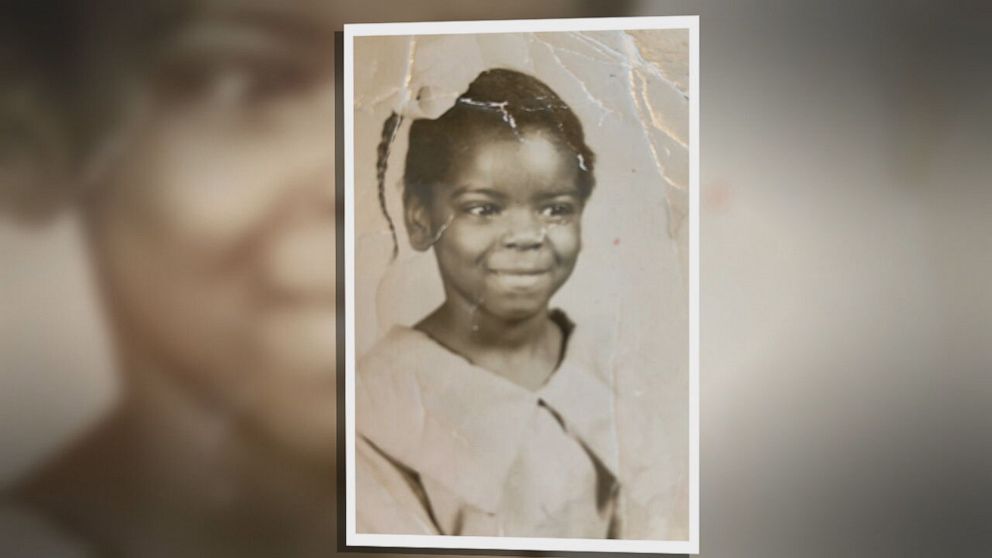 Carolyn McCaskill
Carolyn McCaskill, Ph.D, a professor at Galluadet, only had one option to learn to communicate as a 5-year-old in the 1960s-- the Alabama School for the Negro Deaf and Blind.

When she learned BASL, “I did get that sense of freedom from being able to incorporate who I was and how I wanted to communicate,” she said.

“White is right -- that's what I thought, that was what was prevalent,” she said. “I learned how to sign that way, and I actually put to the side the way I knew how to communicate, to sign. And my Black friends would say, 'You're signing different, Carolyn! You're signing like you're white.' And I remember not liking that. I wanted to keep my way, my Black way of communicating.” 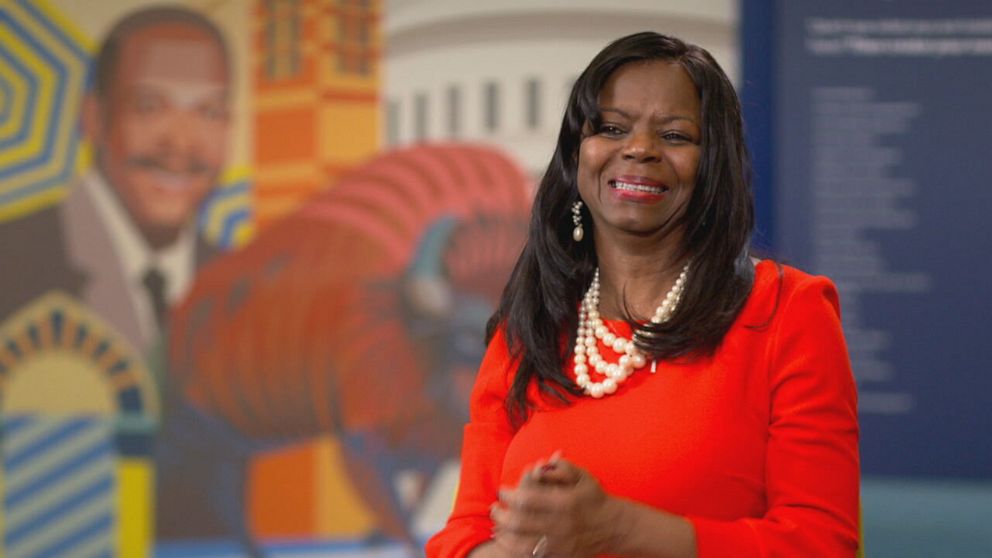 ABC
A life, language and labor of love are all part of McCaskill’s new book “The Hidden Treasure of Black ASL” and of her new role as founding director of Gallaudet’s first-ever Center for Black Deaf Studies.

And she did. Voted ”Most Ambitious” by her classmates, the honor student conquered communication through code switching, or adjusting one's style of speech and expression based on the group.

Life, language and labor of love are all part of McCaskill’s new book, “The Hidden Treasure of Black ASL.” She's also the founding director of Gallaudet’s first-ever Center for Black Deaf Studies.

McCaskill even demonstrated a few differences between the sign languages, such as phrases like “stop playing” in ASL would be “stop tripping” in BASL.

Smith, her protege, football star and Black student union leader, showed some of his own favorite signs. For “that’s nice” in ASL, a BASL user might sign “that’s tight!”

Phillips learned about this culture decades ago and was taught to respect it by her grandfather, who rejected segregation in the 1940s as dean of the Michigan School for the Deaf. He inspired Phillips’ mother to prepare teachers of the Deaf to become fierce advocates for equal rights.

“I wanted to make sure that the Deaf Black kids in my class were treated the same as the white kids and given the same opportunities,” said Phillips’ mother, Kathee Christensen, an author and Black ASL advocate. 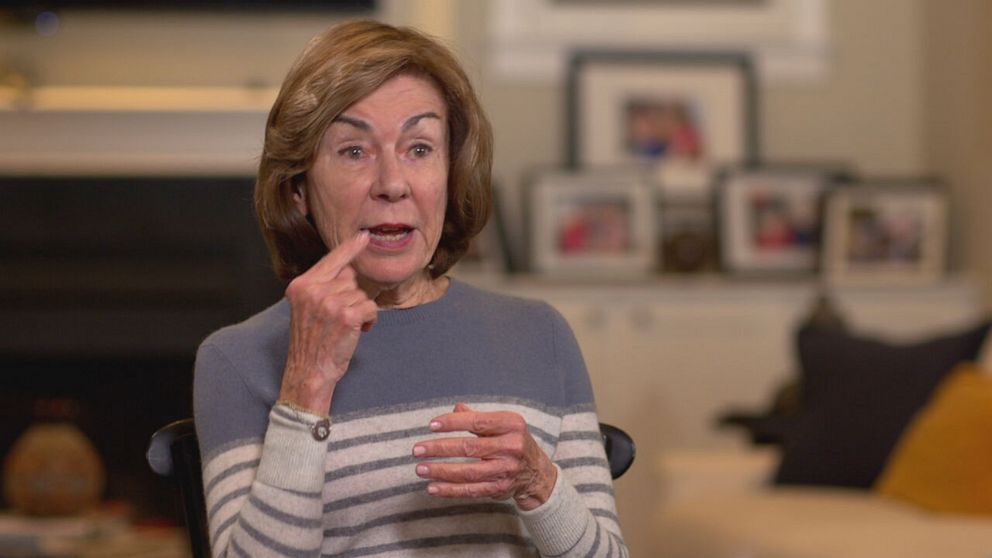 ABC
“I wanted to make sure that the Deaf Black kids in my class were treated the same as the white kids and given the same opportunities,” said Phillips’ mother Kathee Christensen, an author and Black ASL advocate.

“Later on, I became a professor at the university and I was preparing teachers,” Christensen said. “I wanted my students to have the same sort of feeling about equity and equality and treating people with respect.”

It’s equality Smith dreams of and equality that McCaskill fought for.

“It is to preserve the history and the language and the culture of our people and the Black Deaf experience,” McCaskill said.