The family of the teenager who died after falling from an amusement park ride in Florida told "Good Morning America" that his death was preventable.

Tyre, 14, died after falling from a ride at ICON Park in Orlando on March 24. His parents filed a civil wrongful death lawsuit on Monday.

Dodd and Yarnell Sampson, Tyre's father, filed the lawsuit in the 9th Circuit Court in Orange County, Florida, accusing ICON Park and other defendants, including the manufacturer and the operator of the FreeFall thrill ride, of negligence.

"Tyre had a long and prosperous life in front of him that was cut short by this tragic event," the lawsuit states. 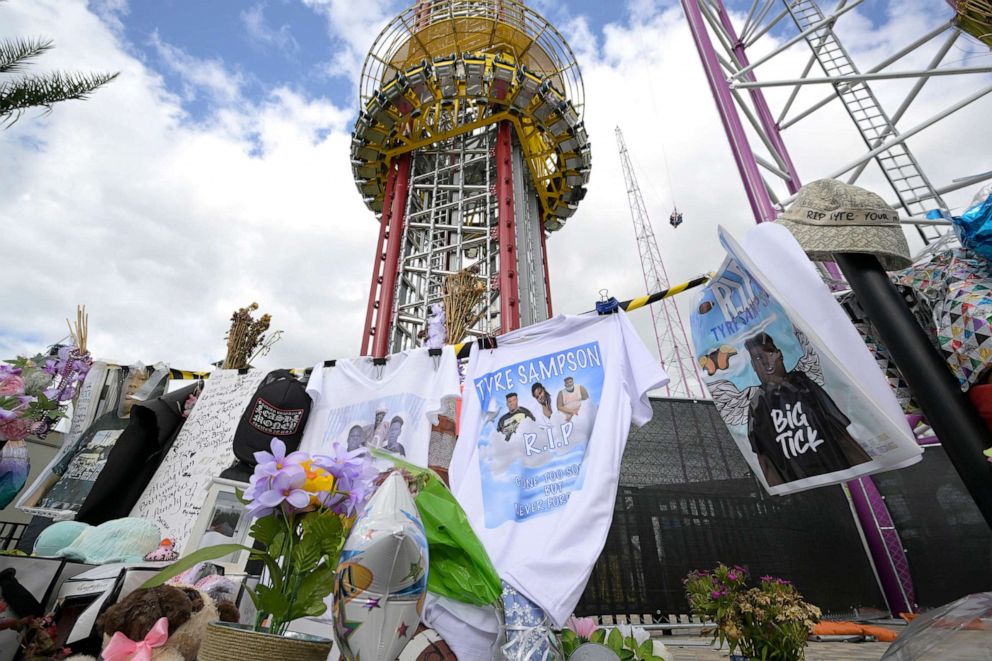 Phelan M. Ebenhack via AP
A makeshift memorial for Tyre Sampson is viewed outside the Orlando Free Fall ride at the ICON Park entertainment complex, on April 20, 2022, in Orlando, Fla. Sampson, a teenager visiting from Missouri on spring break, fell to his death while on the ride.

Trevor Arnold, attorney for Orlando Slingshot, said in a statement to ABC News: "Orlando Slingshot continues to fully cooperate with the State during its investigation, and we will continue to do so until it has officially concluded. We reiterate that all protocols, procedures and safety measures provided by the manufacturer of the ride were followed. We look forward to working with the Florida legislature to implement change in the industry and we are also supportive of the concepts outlined by State Representative Geraldine Thompson to make changes to state law through the 'Tyre Sampson Bill' to prevent a tragic accident like this from ever happening again."

Last week, officials listed operator error as the primary suspected cause in the death of Tyre, who slipped out of his seat on a drop-tower ride and fell more than 100 feet to the pavement.

In a preliminary report released by investigators, a forensic engineering firm hired by the state of Florida found that Tyre "was not properly secured in the seat" and a safety sensor has been "manually adjusted," increasing the gap between the restraint harness and the seat.

According to the report, a bystander video of the incident shows the gap in Tyre's seat was between 6 and 7 inches, more than the restraint opening for other seats, which was 3.3 inches.

When the ride dropped, the bar could have opened even more, up to 11 inches, and investigators said Tyre "slipped through the gap between the seat and the harness" as the ride slowed down. His harness was still in the down position when the ride came to a stop.

Following the report, ICON Park said in a statement, "We are deeply troubled that the preliminary findings of the State's investigation indicate a sensor on the Orlando FreeFall attraction, which is owned and operated by the SlingShot Group, had been mis-adjusted after the sensor was originally secured in place. ICON Park is committed to providing a safe, fun experience for families. We will continue to support the Florida Department of Agriculture and Consumer Services with their ongoing investigation."

Tyre's family said he would still be alive if there had been a seat belt on the FreeFall ride. 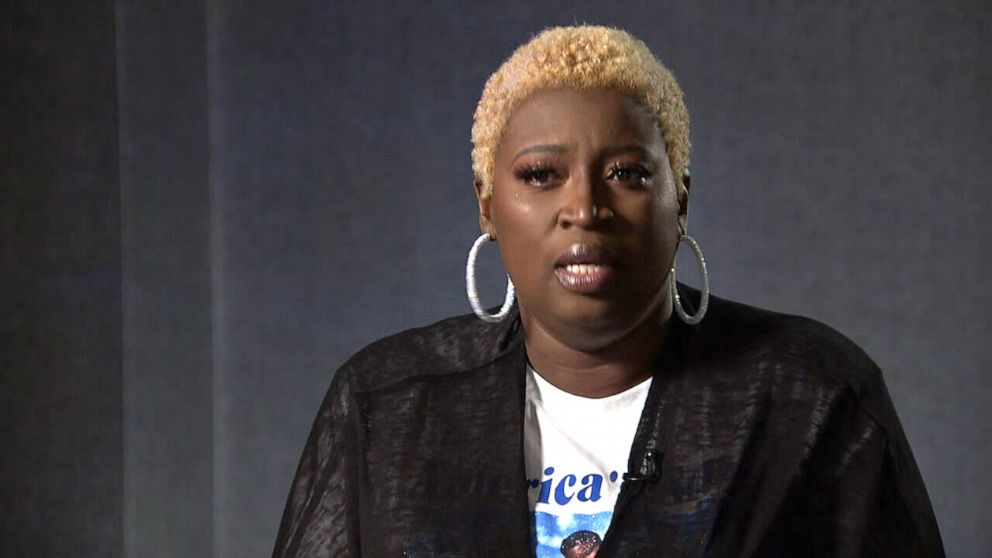 ABC News
In this screen grab from video, Nekia Dodd, the mother of Tyre Sampson who was killed in an Orlando amusement park accident last month is shown during an interview with GMA.

They also claimed there were no signs near or on the ride, which has a maximum passenger weight of about 287 pounds, indicating size restrictions and Tyre should not have been allowed to go on the ride because of his size. He was 380 pounds, according to the lawsuit.

Dodd told "GMA" she hopes filing the lawsuit will prevent such an event from happening again.

"I want the ride gone. Gone. Because it shouldn't have taken a child, or anyone, to lose their life to put laws in place," she said. "It could have been prevented."

Tyre's parents are scheduled to hold a news conference with their attorneys Tuesday to discuss the legal action.