On Feb. 26, 2012, Trayvon Martin, 17, went to a convenience store near the home of his father’s fiancée in Sanford, Florida, wearing a hoodie. While walking back to the house, Martin was followed by neighborhood watch volunteer, George Zimmerman, who called police from his truck and who was told by them not to follow the teenager. Soon after, a physical altercation between the two ensued, and Martin was shot and killed. Zimmerman claimed the shooting took place in self-defense under Florida’s “Stand Your Grand” statute, but he was eventually arrested and charged with second-degree murder. He was found not guilty by a jury in July 2013.

Martin’s mother, Sybrina Fulton, was one of seven mothers who sat down with ABC News' Deborah Roberts for "Good Morning America" to share the stories of the children they lost and their journeys as Black mothers in America.

In her own words, Fulton recounts her emotional journey and shares her opinions that have been shaped by her heartbreaking loss.

Being a Black mother in America feels disappointing. At times it can feel hopeless. You feel helpless because you never know when you're going to be watching a news story in the safety of your home and the next day, you become the story.

Not one single day goes by that I don't think about Trayvon. I have another son, Jahvaris Fulton, and I have to keep moving because I have to fight for him. I can't do anything about Trayvon. The situation happened, the tragedy already occurred and I can't save him. But I can certainly work toward saving my older son. 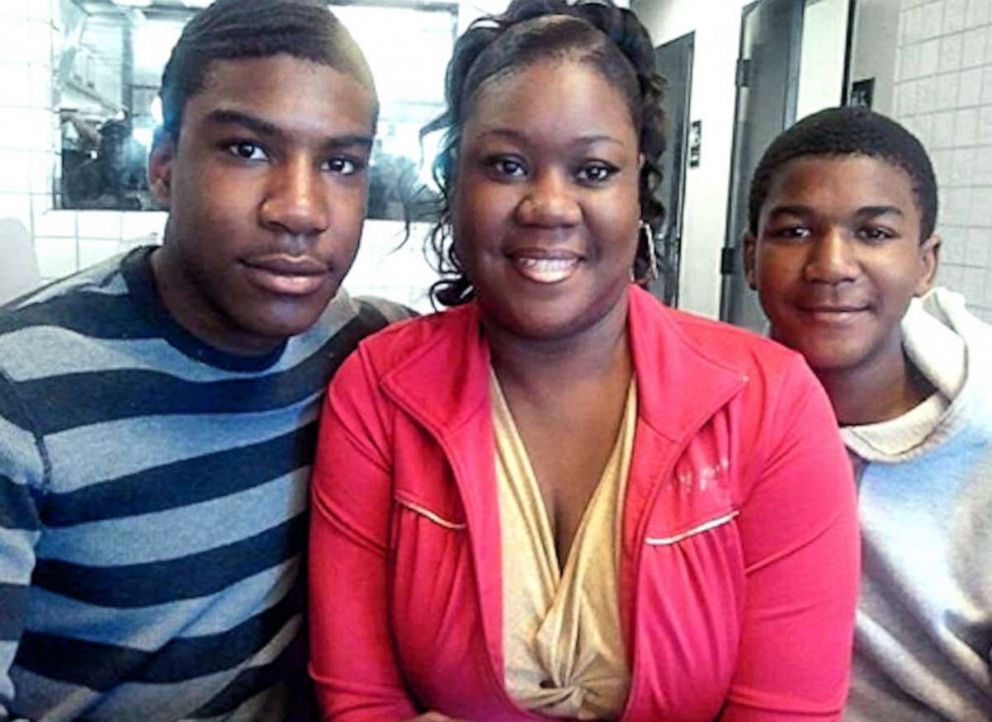 I felt like I was never going to be happy again. I went from being happy 95% of the time to being sad 95% of the time. For me, the thought of not having his pictures up and then all of a sudden having someone put them my face was triggering and I knew that was going to make me sad. So I leave pictures of Trayvon around my house. When I first started out, the hoodie would make me sad. Now, when I see a hoodie, like the one Trayvon was wearing when he died, I smile about it because I've trained and re-programmed myself to say, “That's in memory of my son.” You just have to do things in memory of your son or your daughter, and you just have to think about the good times. 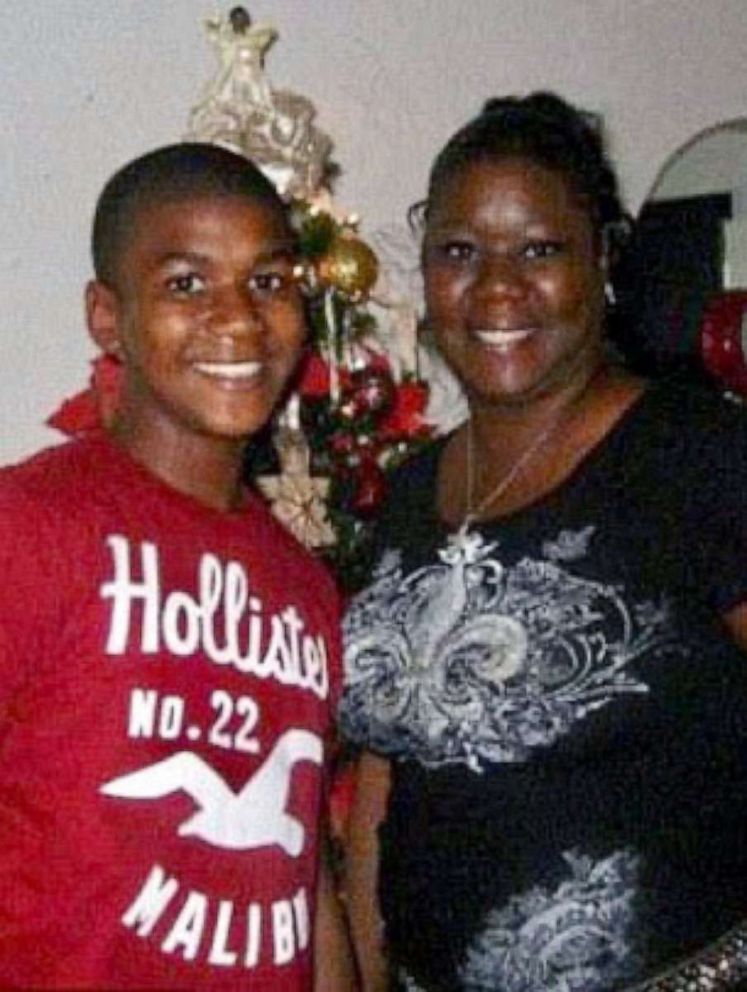 The children of other mothers dying, those are triggers. They trigger your emotions, the sadness, the tears. Your heart hurts, your chest hurts, I get headaches. To relive that all over again, I can't equate it to anything but PTSD. We are never ever going to recover from this. I have not met a mom yet who's lost a child who has recovered. We live it every day. We carry the pain every single day. We just have good days and bad days. 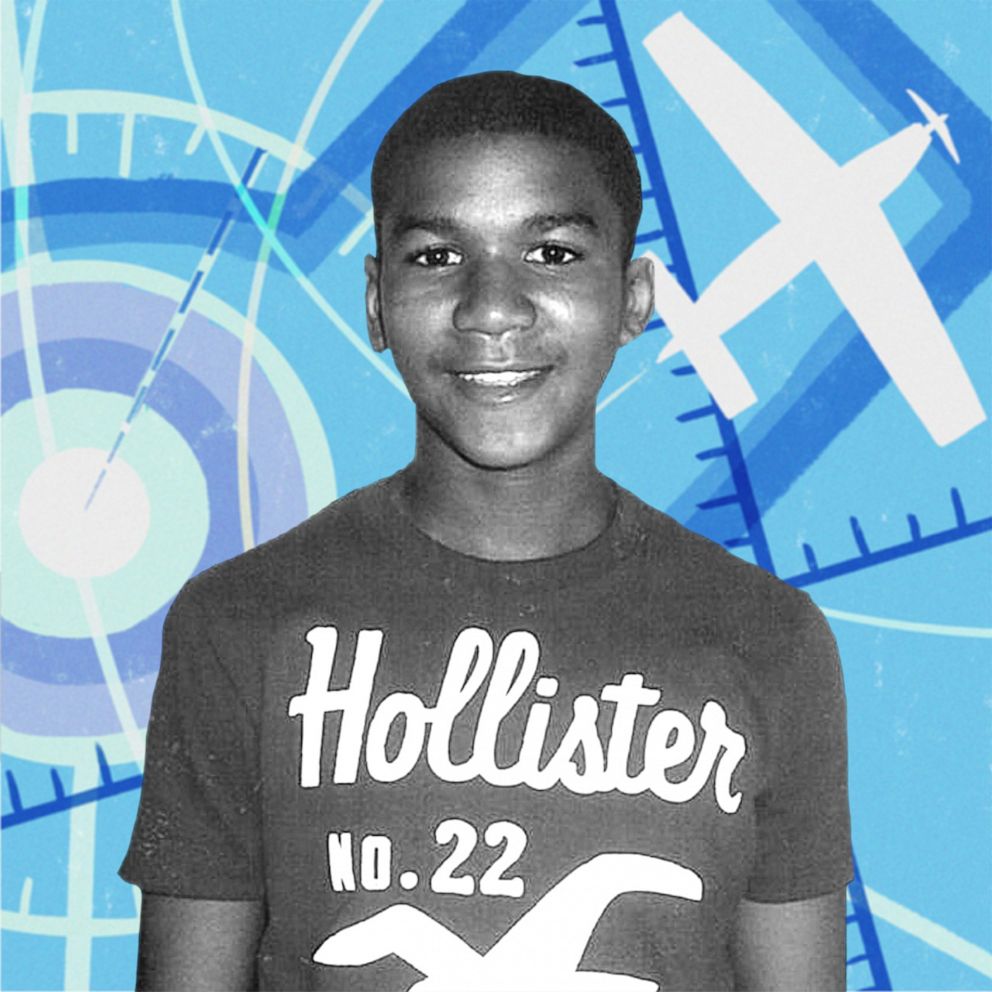 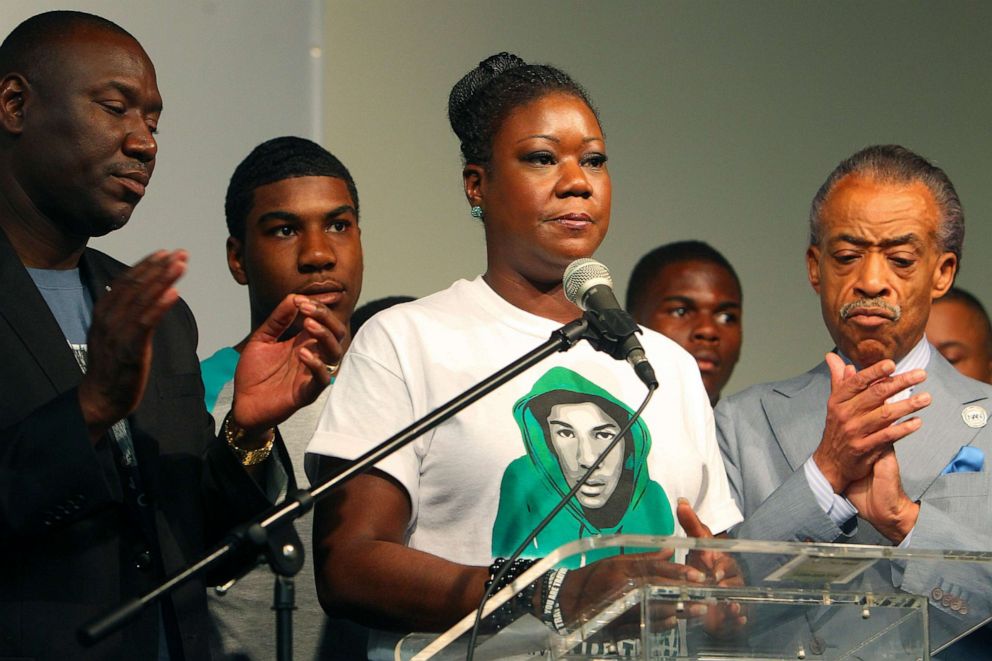 Chang W. Lee/The New York Times via Redux
Sybrina Fulton with the Rev. Al Sharpton, right, in New York, July 20, 2013. Fulton, the mother of Trayvon Martin, an unarmed 17-year-old whose shooting death by a neighborhood watch volunteer set off a national conversation on racial profiling, formally announced on May 20, 2019, that she would run for local office in Florida.

It is just so amplified that people don't even understand and we can't explain it to them. We can't explain it to you unless you’ve lost a child. I just had to be there for them to let them know that I support them and I stand with them. I found the brothers, I found the family, I found everybody. When I went into the church initially, I was OK. I was OK with being at George Floyd's funeral. But then once I saw the body, my thoughts were, “America did this to him. This is a result of the ugliness in America.” And it hurts so bad.

It took me a while to get it together because I just I kept asking God, “Why? Why did this have to happen? Why am I looking at a man in this casket who should have just been arrested instead of killed?” And I continue to ask myself that. I could not get myself together for a minute. I didn't want to sit up front at the funeral because I was emotional. And I couldn't stop crying. 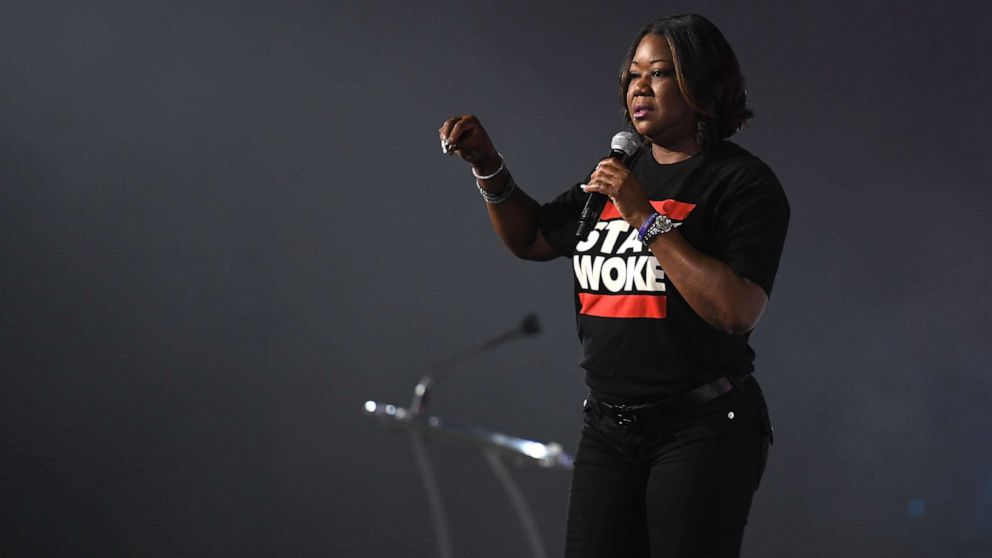 Finally, when they started to sing, I started to calm down. I thought maybe he’s the martyr, maybe he was the vessel that God sent to Earth to save us all, because we have to be saved. Something has to happen. We can no longer go on like this. We can no longer continue our lives being scared of people, vigilantes, police, whoever is trying to shoot and kill us. We can no longer do this and that's why you see so many protests.

I want to encourage people to take a look at these tragedies. Think to yourself, 'What if that was my son?'

When I say get involved, I'm not just talking about social media likes or reposting something. I'm talking about really getting involved. Whether that’s registering to vote, voting, attending jury duty, signing petitions, protesting, sending letters to the president and the governor and your local officials, whatever it looks like to you, but you have to do something.

I'm running for Miami-Dade County commissioner because I believe that I can make positive change. I'm passionate about my community, even though I travel the nation and speak professionally. I want to see changes here in my own backyard. 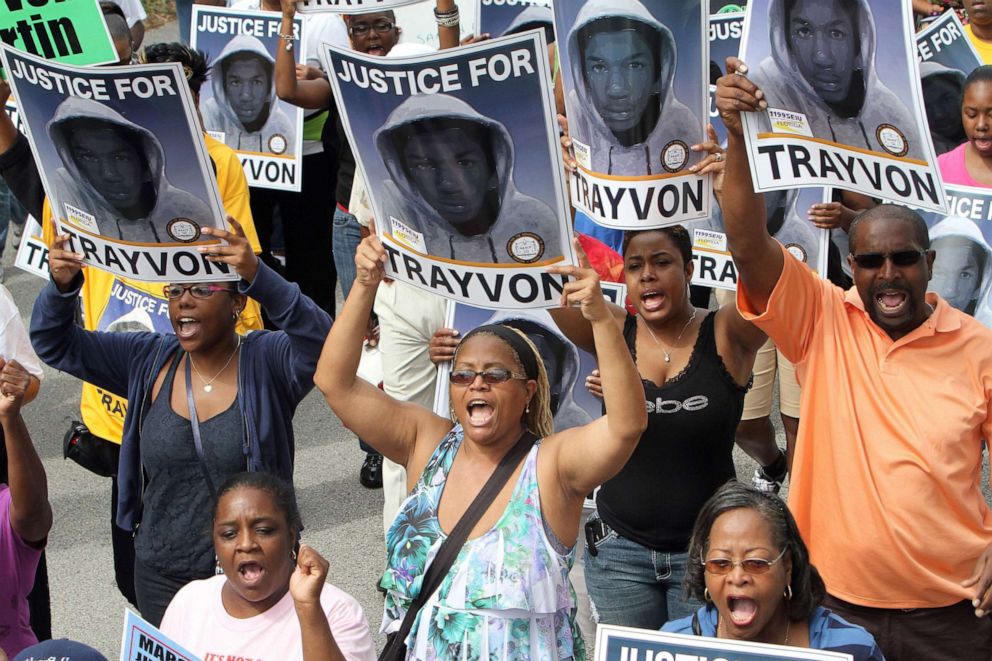 Gary W. Green/Orlando Sentinel/Tribune News Service via Getty Images
Thousands of demonstrators march along W. 13th Street in Sanford, Florida, during a NAACP rally and march demanding for justice in the shooting of Trayvon Martin, March 31, 2012. 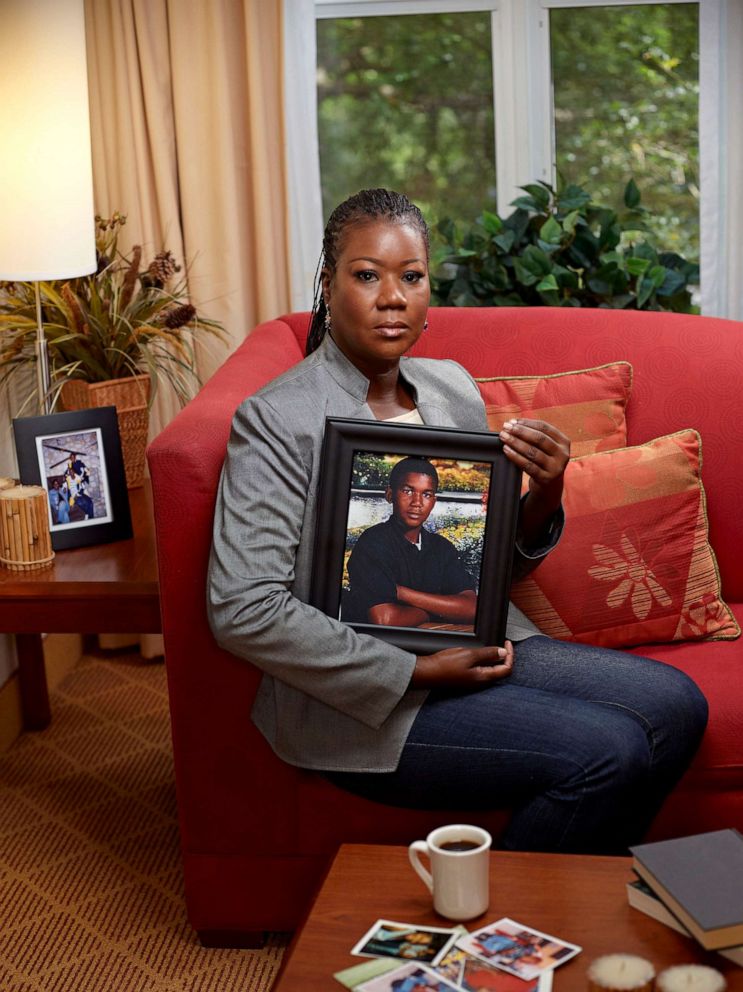 You have to lean on God. I'm no Superwoman, I'm no Wonder Woman. It was God that brought me through what I went through. Nobody else could have done that.

The views and opinions expressed in this piece do not necessarily reflect the views of ABC News.