Over the past decade, the Black Lives Matter movement has brought attention to racism and injustice in America through the stories of hundreds of Black men, women and children, but it all started with a hashtag that went viral in the wake of the killing of 17-year-old Trayvon Martin on Feb. 26, 2012.

Martin's mother, Sybrina Fulton, has been unyielding in her fight for social justice, becoming one of the most prominent activists nationwide and a leader in the "Mothers of the Movement" – a group of women whose Black children have been killed by police officers or gun violence.

Ten years after her son's death, Fulton reflected on the fight for social justice and how she is keeping her son's legacy alive in an exclusive interview with "Good Morning America."

"My chest still hurts. I still have a hole in my heart," Fulton said. 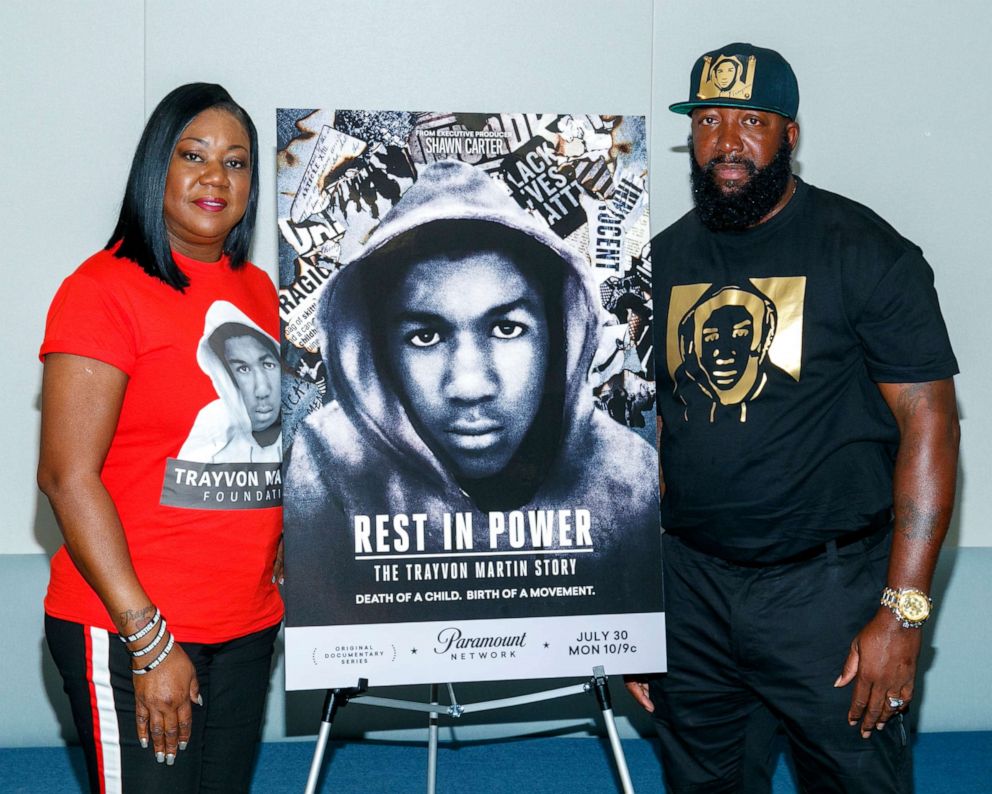 Martin was shot and killed by a neighborhood watch volunteer named George Zimmerman, who deemed him "suspicious" as he walked back from a convenience store to his father's fiancée's home in Sanford, Florida, wearing a hoodie and carrying a bag of Skittles candy, according to police.

The hoodie and the Skittles became symbols of the fight for social justice as the Black Lives Matter movement grew to an international movement.

Their painful bond: Black mothers speak out together on their unimaginable loss

"I never lose sight that that was my baby," Fulton said when asked how she reconciles her memory of her son with the symbol for justice that his name has become.

"By the same token, I know that Trayvon Martin is a symbol for other Trayvon Martins that you don't know, that you have not said their name … He was just a vessel that represents so many others." 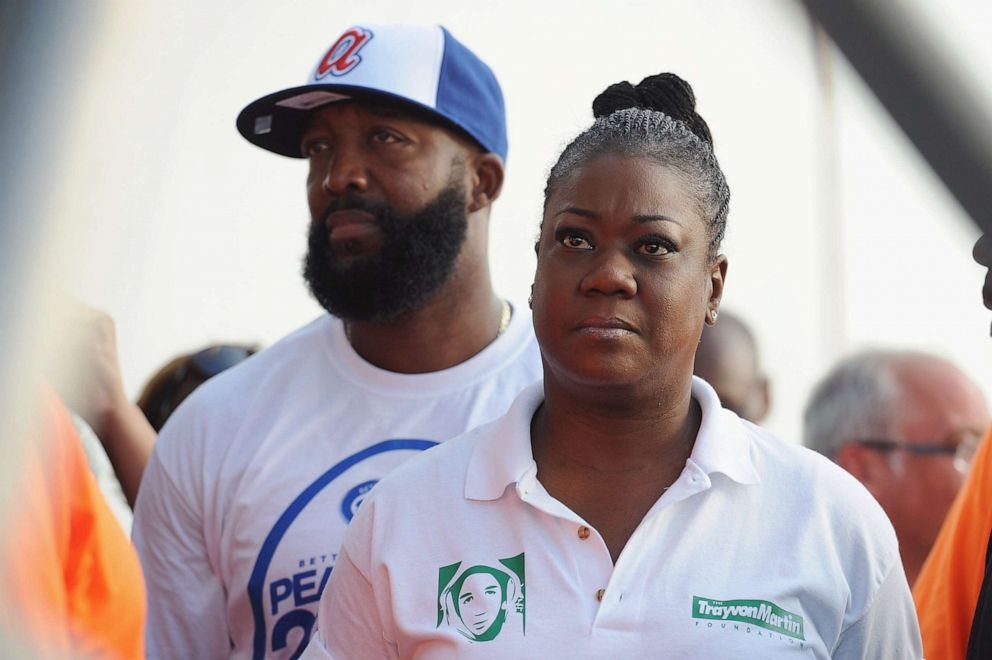 In "Trayvon: Ten Years Later: A Mother's Essay," which was published by Amazon Original Stories on Feb. 1, Fulton reflects on love, loss and shares lessons with a new generation from her fight for social justice over the past 10 years.

"I absolutely think that change is happening; it's just going a little slow," Fulton said when asked if she feels that we are at a turning point in the fight for social justice.

Martin was shot and killed by Zimmerman, who called 911 from his vehicle and was told by a police dispatcher not to follow the teenager.

Soon after, a physical altercation between Martin and Zimmerman ensued, and Martin was shot and killed, according to investigators. 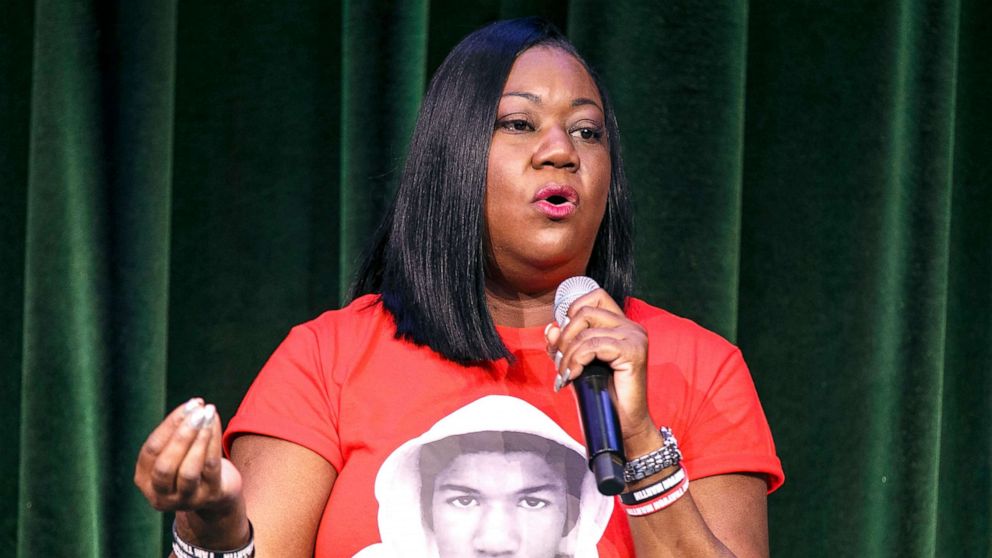 Zimmerman claimed the shooting took place in self-defense. He was eventually arrested and charged with second-degree murder. He was found not guilty by a jury in July 2013.

Martin would have turned 27 this year on Feb. 5.

Trayvon Martin's mom: 'We are never going to recover from this' 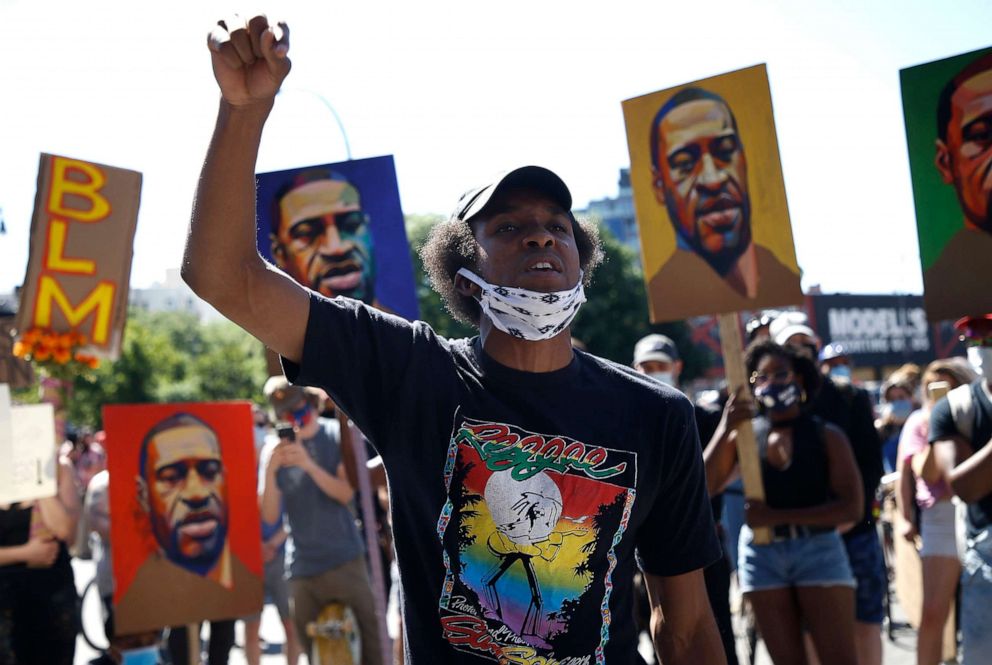 She said that when she sees his younger brother, Jahvaris Fulton, attend college, she always thinks about the path Trayvon would have taken. She often reflects on this when she visits an airport because of Trayvon's interest in aviation.

"The airport also reminds me of Trayvon," she said. "I always think about if he was going to fix the plane, [or] fly the planes because he wasn't really sure."

Fulton said that she wants her son's story to be a reminder of the lack of accountability in America's criminal justice system. 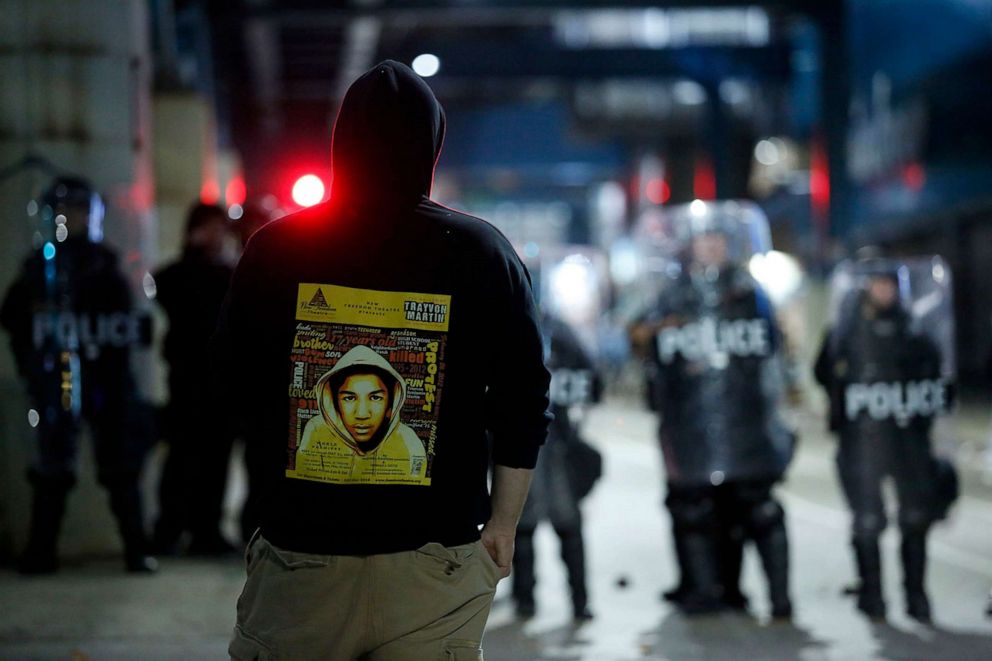 The Washington Post via Getty Images, FILE
In this Oct. 27, 2020, file photo, a demonstrator protesting the fatal police shooting of Walter Wallace Jr. wears a hoodie with a photo of Trayvon Martin on it as police officers in riot gear stand side by side in Philadelphia.

"I want the world to know that my son was unarmed and he was 17 years old," Fulton said. "He wasn't committing any crime. Trayvon's only crime was the color of his skin … which is not a crime."

A year after George Floyd's death, America is still grappling with police violence and reform

Fulton said that while guilty verdicts in the cases of George Floyd and Ahmaud Arbery are a sign of progress, the killings of those unarmed Black men are also an indication that "we take two steps forward and two steps back."

"When I look at the case of George Floyd and I look at the case of Ahmaud Arbery and the people that killed them all were convicted and that they are going to be going to jail for the rest of their lives," she said. "But by the same token, we had to lose lives in order to get to that point … why did we have to lose those lives in order for us to move the country forward?"

Floyd, an unarmed Black man, died in May 2020 after police officer Derek Chauvin pressed his knee against his neck for more than 9 minutes. Chauvin was convicted in Floyd's death and was sentenced in June 2021 to 22 and a half years in prison. 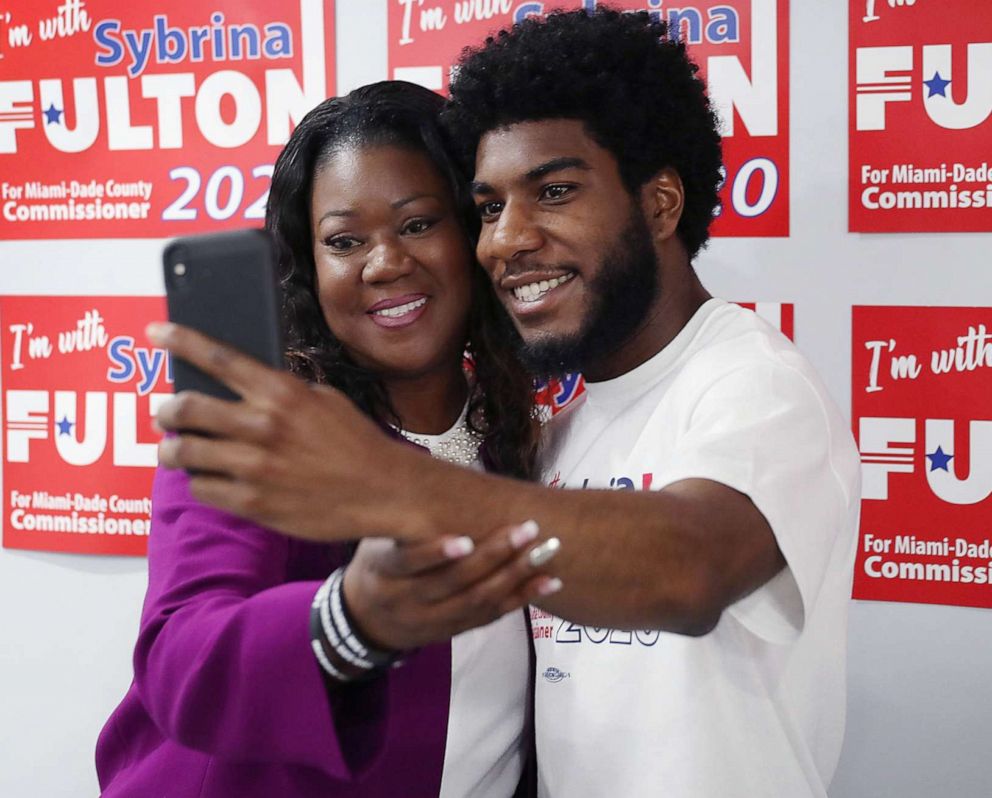 Arbery, an unarmed Black, was chased and gunned down while jogging in February 2020. Three men who were convicted in Arbery's shooting were found guilty in November 2021 and were each sentenced last month to life in prison.

Fulton said that she is hopeful that the next generation of activists will bring about lasting change and while she "can't change the world," by herself, she wants to do her part to "make a difference in this world." 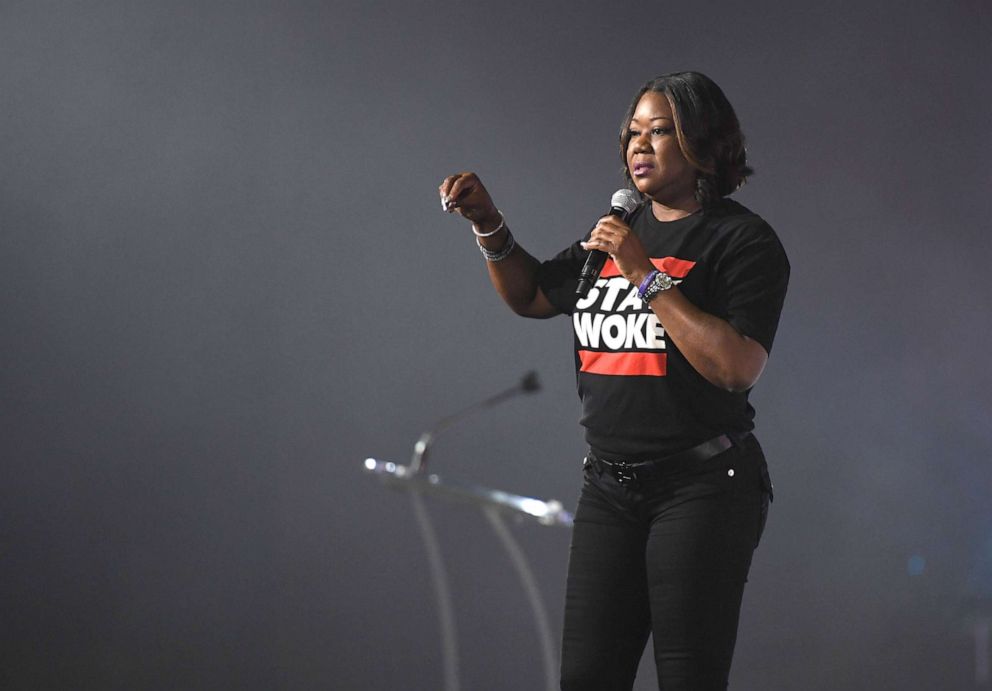 In her essay, "Trayvon: Ten Years Later," Fulton reflects on how the past 10 years have changed her and how racism has shaped the fight for justice in her son's name:

"How am I different today? If I am not picking myself up and becoming more than I was last year, then I am no good to anyone. There is a part of me that died along with my son, so I became who I had to become in that moment. I didn't pray to become the mother of a movement. I was happy being the mother of Trayvon Martin and Jahvaris Fulton. I became the mother of a movement out of necessity. Sometimes you have to step into roles you did not ask for and that you do not want. You can find the strength from within if you are willing to live in your purpose. Believe in your strength from within. That's a Word," she writes in the essay.

"While nothing compares emotionally to the loss of a child due to senseless, racially tinged violence, the on- and offline smear campaign was its own sort of shock. It wasn't enough that it took law enforcement far too long to take Trayvon's killer into custody, right-wing conservatives and members of law enforcement started to attack my son's character, as if any mistakes he made as a child could justify his untimely death. I had never seen such a negative frenzy with the media weaponized against the actual victim. We, my family and I, strove to channel our energy in a positive and productive way, but there were times back then when I felt like it was all in vain. It was shameful and undue to see a victim slandered in such a public way. The words' Trayvon Martin' had become clickbait and a hot topic, with celebrities, influencers, and politicians all taking part. While many seized the moment to speak truth to power and take a stand for Black lives, others were far less altruistic and merely saw it as an opportunity to garner attention and increase the reach of their brand in the most toxic of ways. According to an article in the Miami Herald, my son's name was tweeted over two million times in the short period of thirty days."