The defending World Cup champs have another No. 1 to add to their impressive record -- this time in jersey sales. 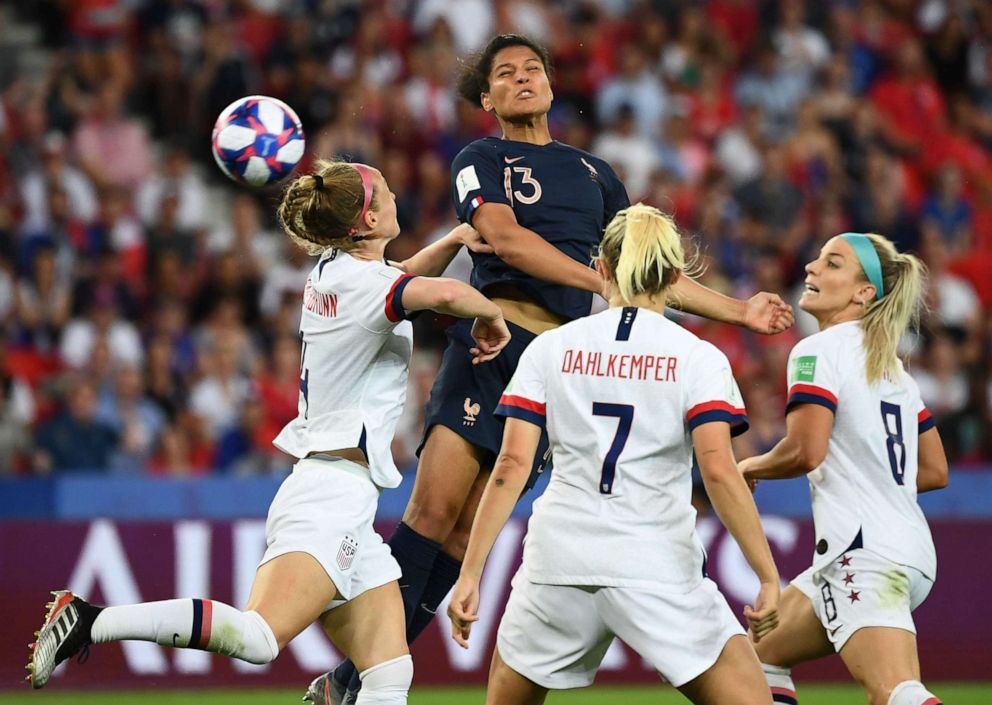 The USA Women's Home Jersey is now the #1 soccer jersey, men's or women's, ever sold on https://t.co/ccEwlGA6hv in one season. #USWNT https://t.co/7ieaB74mBg

(MORE: US Soccer fires back against lawsuit, says women's team has 'different obligations')

The jersey, which sells for $90 on Nike.com, is described as "a throwback to the legendary team that won the trophy in 1999 and forever changed the landscape of football in their country."

(MORE: US vs. England in World Cup: US wins as Megan Rapinoe has 'minor strain')

This jersey also has three stars above the crest, which represent "the team's world titles and dominance over the years," according to the product website.

Nike sponsors 14 of the 24 teams in this summer's World Cup, including France and England, both of whom the U.S. defeated 2-1.

The USWNT will face the winner of Wednesday's semifinal match, either the Netherlands or Sweden, on Sunday in the World Cup final at 11 a.m. EST.