When the dust settles at the end of this week, the Democratic primary could be a two–person race – for many in the party it already is.

Prior to Biden’s big win in South Carolina, at least, Sanders was favored to win in many Super Tuesday states and there been considerable buzz about whether he might be able to amass a delegate lead this week that was insurmountable.

According to Buttigieg’s team, the former mayor’s decision to end his campaign over the weekend was in part out of a fear that he may not have a path for winning the nomination but could siphon votes and delegates away from the former vice president, splintering the vote and muddling the results.

Still, for now, five candidates remain in the race and four of them have a shot at winning delegates coast-to-coast.

No single candidate thus far has passed 50% of the vote in any one state. If that trend continues, the possibility of fractured results is still high and this race could limp on to a messy finish at the party’s convention this summer. 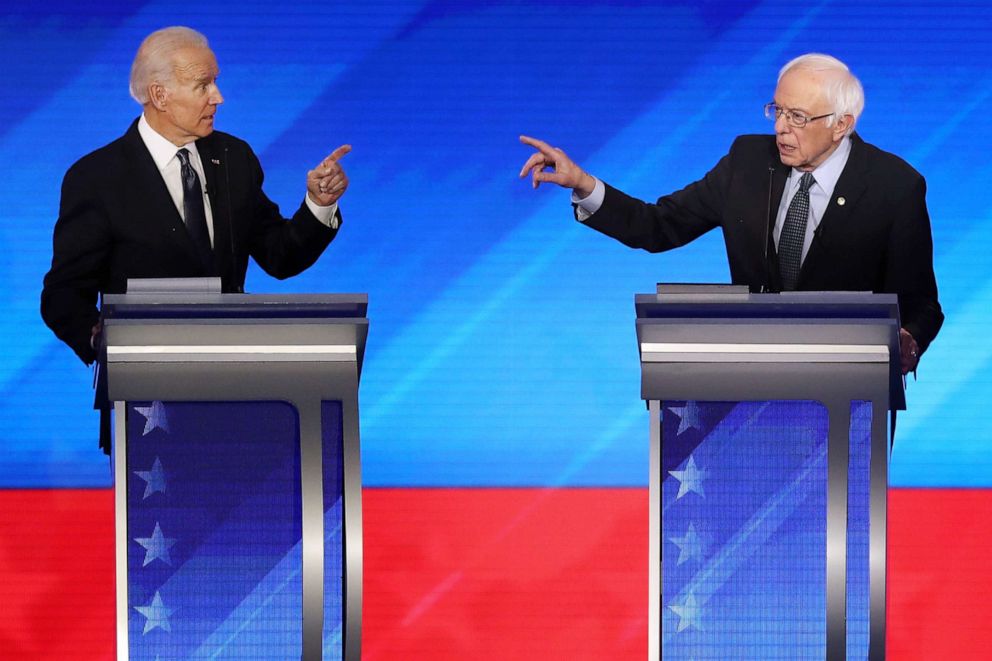 Remember, in order to clinch the Democratic Party’s nomination on the first ballot at the convention this summer, a candidate needs to win a clear majority of the pledged delegates - those awarded by the states according to voter preferences. There are high odds are right now that no one wins 50% of them outright.

Expect much of the conversation out of the 15 contests Tuesday to be about how many delegates each of the candidates won - their relative margins of victory – in addition to simple state-by-state wins and losses.

With so much of the delegate pool at stake in one night, will a single candidate walk away with a lead in delegates that is hard to catch or will the math shake out to show a great divide that could take months to heal and process?

On Tuesday night alone, more than 30% of all of the Democratic Party’s pledged delegates are up for grabs in some of the largest states in the union: California has 415 delegates, Texas has 228. Virginia and North Carolina are also voting, both of which have double the number of delegates compared to South Carolina. When the dust settles from the Super Tuesday states, 1499 delegates will have been awarded.

While Democrats do not have any winner-take-all states, they do have a 15% threshold rule, which stipulates that a candidate must win 15% of the vote in a congressional district or statewide to qualify for delegates.

That bar could be hard for some of the candidates to meet. So, some candidates could end up winning the vast majority of delegates in a state, if only a handful of them pass that 15% bar. Conversely, a candidate could lose a state’s popular vote, but still pick up crucial delegates district by district by hitting that 15% mark.

Of course, there is the cold math as well as hot stories.

A win is a win, and amassing delegates this week matters, but headlines can impact the race down the road just as much. It will be the surprises Tuesday night that generate stories. Who, for example, wins in unexpected wins places? Who beats expectations? Who wins a blowout somewhere? Who lost their home state? Who disappointed, and where exactly in the country was there a close race and drama?

Sanders and Biden may have solidified places at the head of the pack, but in doing do so the spotlight has again turned to their vulnerabilities and the potential challenges for their campaigns.

To help the long-term prospects of his campaign, Sanders will need to show he is growing and expanding his base of support and calming the nerves of Democratic members of Congress in battleground districts who see him as a risky pick for the top of the ticket.

On the flip side, Biden will need to show that voters are affirmatively and excitedly picking him and not simply defaulting his way as an alternative to Sanders and the last one standing.