The Women’s March will be taking over the streets of Washington, D.C., this weekend, and while a lot of the protesting is going to be directed at the Trump administration and threats to women’s rights, there has been some drama brewing behind the scenes ahead of the march itself.

Controversial statements by one of the movement’s leaders and accusations of anti-Semitism – which have been vehemently refuted – have caused some tension around the upcoming march.

On Jan. 19, thousands of women are expected to march in the streets of Washington, D.C., and other cities across the world for the third annual Women's March.

The first Women's March happened in January 2017, the day after President Donald Trump was sworn into office. Organizers planned a second march in Las Vegas in January 2018, and dubbed it "Power to the Polls" ahead of the midterm elections; however, organically formed sister marches were also held in Washington, D.C., and other cities that same year.

(MORE: More Than 1 Million Rally at Women's Marches in US and Around World)

"We are setting our sights on what happens after all those folks were elected," Rachel O’Leary Carmona, chief operating officer of the Women’s March, told ABC News in December.

This year’s formal march will be held in Washington, D.C. — much like the 2017 iteration — although there are well over 100 other marches planned for cities across the country and around the world.

"I think that folks need to come together to remember the power and the influence that women built coming out into the streets in 2017 and 2018," Carmona said. 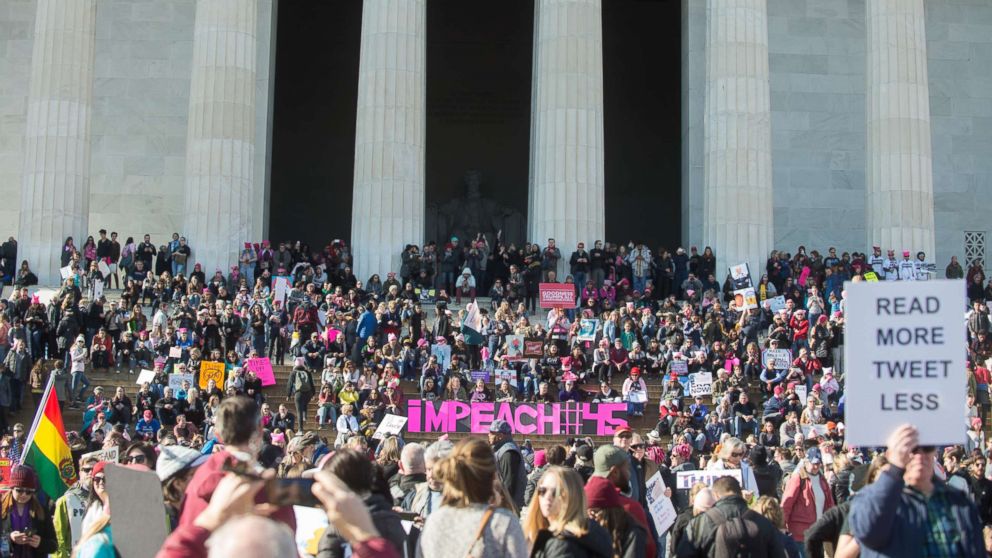 Zach D Roberts/NurPhoto via Getty Images
People gather on the steps of the Lincoln Memorial during the Women's March on Washington 2018: March On The Polls!, Jan. 20, 2018, in Washington D.C.

"People are tired and people are outraged, and what we want to do is demonstrate to folks that we have a strategy and a platform and that we are more organized than ever... despite the fact that it has been a rough two years," she said.

Questions about alleged anti-Semitism and possible racist rhetoric connected to the Women’s March organizers have swirled for months in response to an article in online Jewish magazine Tablet that made such claims.

Organizers have repeatedly denied all accusations of misconduct or using inappropriate speech, but the issue resurfaced this week when two of the march's organizers appeared on "The View" Monday.

During the show, march co-president Tamika Mallory was asked why she posted a photo of herself and Louis Farrakhan, a minister who has made a number of racist and anti-Semitic statements in the past. Mallory posted the photo on Instagram with a caption that included the hashtag for the title "Greatest Of All Time."

Pressed on the issue, Mallory said, "I don't agree with many of Minister Farrakhan's statements," but when asked directly if she condemned them, she demurred.

"I don't agree with these statements," Mallory responded. "It’s not my language, it’s not the way that I speak, it’s not how I organize ... I should never be judged through the lens of a man." 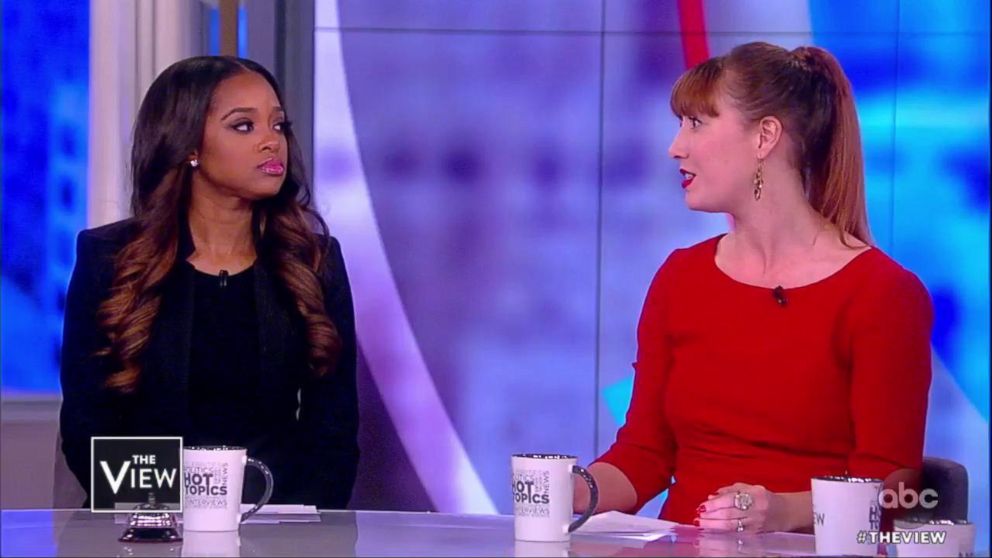 The Daily Beast reported that several high profile groups – including the Democratic National Committee and the NAACP were previously listed as partners or sponsors for the march.

As of Tuesday afternoon, neither of those two groups were still listed on the sponsor’s page for the march.

ABC News’ requests for comment from the DNC and the Women’s March were not immediately returned. A spokesperson for the NAACP said that they will have representation at the march in the form of a youth leader who is slated to speak at the D.C. event, but clarified that they are not sponsors.

Mallory’s co-president, Bob Bland, responded to allegations that the organization expressed anti-Semitic beliefs behind closed doors, saying the claims "are not true. That is not how that meeting happened."

"The people that the journalist spoke to did not tell the truth, period, full stop," Bland said. "The Women’s March unequivocally condemns anti-Semitism, bigotry, transphobia ... We condemn any statements of hate."

For its part, Planned Parenthood confirmed that they are still committed to the march.

The reproductive rights and women’s health organization published a post on their blog noting that while they "unequivocally reaffirm that there is no place for anti-Semitism, racism, homophobia, transphobia, or any kind of bigotry in our communities, our movement, and our country," and specifically condemn Farrakhan’s statements, they will still be a part of the march.

The blog post noted that they had "open and honest conversations with the national leadership of the Women’s March and sought the guidance of several progressive Jewish and LGBTQ partner organizations," and "after these necessary and sometimes difficult discussions, we are confident that the values of the Women’s March, as they are now clearly stated, are aligned with the values of Planned Parenthood."

Marches planned around the world

The main march will be in Washington, D.C., but there are dozens of other marches that are scheduled for the same day. At the time of this writing, there is least one in every state except for Louisiana and Kansas.

Some states will hold multiple marches: California plans to have more than 30 separate marches, New York is slated to host 15 marches, 13 are scheduled in Texas, 11 in Florida, eight in Michigan and seven in Pennsylvania. 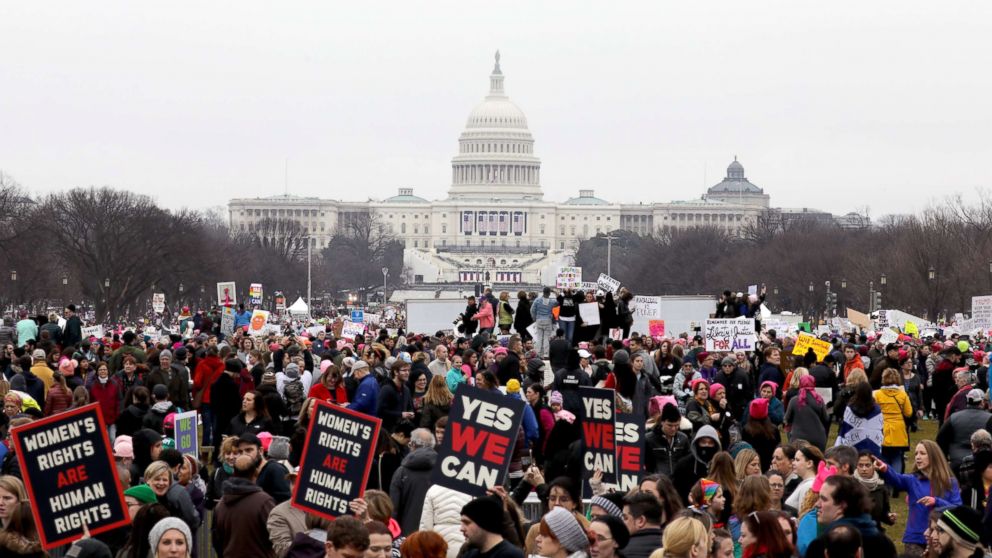 Tasos Katopodis/Getty Images
Demonstrators gather outside the Capitol Building during the Women's March On Washington, Jan. 21, 2017.

There are a number of marches also listed on the Women's March global events page for Canada, Australia, New Zealand, Indonesia, Israel, Nigeria, Uganda, Zambia, South Africa and more than a dozen countries in Europe.

The timing of the marches and their routes will vary for each, but the details about the main march in Washington, D.C., have been released.

Participants are being told to gather at a point on the National Mall at 10:00 a.m. on Saturday.

As for getting to the gathering location, organizers suggest taking the Metro to either Metro Center, Penn Quarter/Navy Memorial, L'Enfant Plaza or the Smithsonian.

When it comes time to leave, Women's March notes that the Smithsonian, Farragut North and Farragut West Metro stations will be best.

Marchers should be prepared for the elements

You should dress in comfortable shoes and layers, as the march will be taking place in the winter.

"It’s going to be cold, we want to make sure that folks are taking care of themselves [as] they march outside," said Carmona.

Organizers note that small backpacks and bags are allowed, but larger bags will have to be stored outside of the march — they suggested Union Station as a possible location. 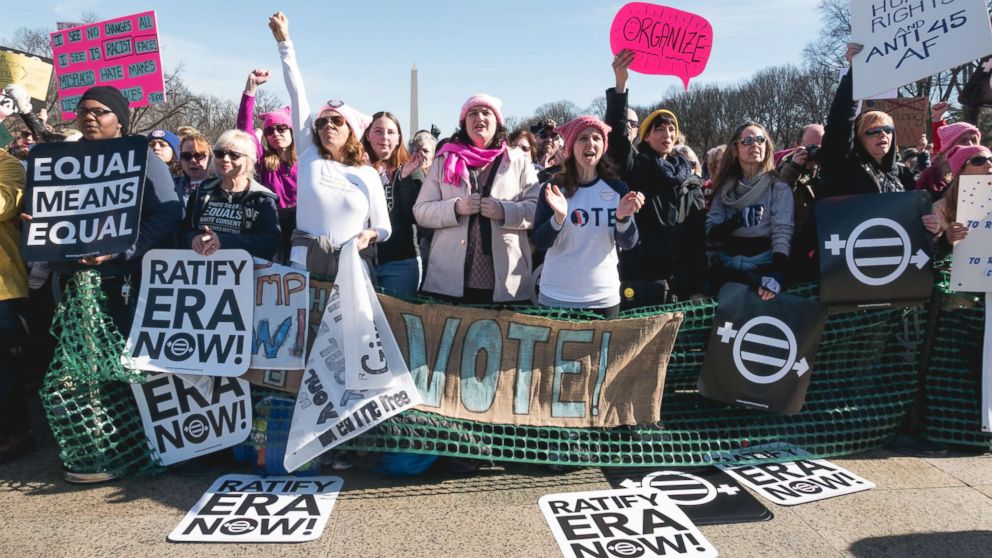 Cheriss May/NurPhoto via Getty Images
People gathered on the steps of the Lincoln Memorial in Washington, D.C. for the second Women's March on Washington, Jan. 20, 2018.

"Anything that can be construed as a weapon" should also be left at home, including pocket knives, mace, and scissors, she added.

And although it should be obvious that illegal drugs shouldn't be present, there may be some confusion regarding marijuana, Carmona said. Though marijuana was legalized in Washington, D.C., it is still illegal on a federal level and the march will be taking place on federal property — the National Mall — so it should be kept at home.

Carmona encouraged people to bring signs and banners, as they have been the best way to display some of the most intriguing slogans of the past two marches. The only limit on them is their size: a maximum of 12 feet high. 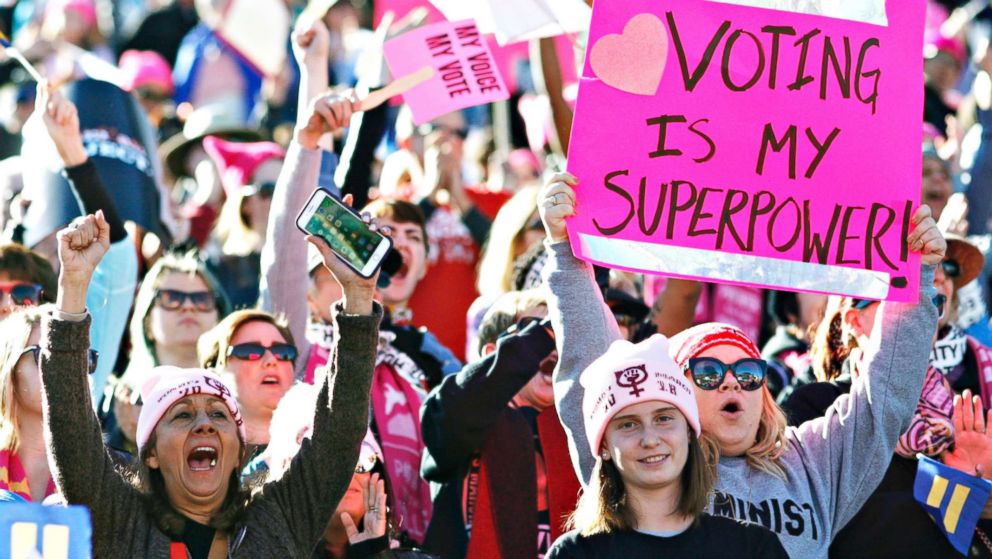 Carmona also said that organizers are looking into ways to boost cell phone service in the path of the march, but said that "sometimes you still just run into a pocket" where cell service is hard to find. So, she urged participants "just to really be prepared."