Kate, the Duchess of Cambridge, traded her traditional dress look for a chic blouse and trouser for a hands-on visit Tuesday with kids.

Kate, 37, wore a purple tie neck blouse and black wide-leg trousers for her visit to the Henry Fawcett Children’s Center in London.

She accessorized the trousers and blouse with a small lilac purse by Aspinal of London.

Kate could be seen smiling and laughing as she interacted with the kids and their parents at the Henry Fawcett Children’s Center. The programs Kate joined, offered by the local Lambeth Early Action Partnership (LEAP) and Parent and Infant Relationship Service (PAIRS), are designed to help parents in poorer communities.

The Duchess of Cambridge joins parents and their toddlers taking part a 'Together Time' session offered by @LeapLambeth and PAIRS, which is designed to support parents’ ability to understand their child’s cues and feel more confident in their parenting. pic.twitter.com/8Lb4KeXJqC

The Duchess of Cambridge, a mother of three, also sat on the floor to join a "Circle of Security" that is designed to help parents and caregivers "better understand their child's emotions," according to Kensington Palace.

Circle of Security is one of two universal programmes that is offered to all parents with children of 0 to 4 years @HF_CC.

It helps parents and care givers better understand their child’s emotions, and enhances the development of their child’s self-esteem. pic.twitter.com/t0gDUhIpNL

The duchess has made early childhood education a focus of her charitable work. 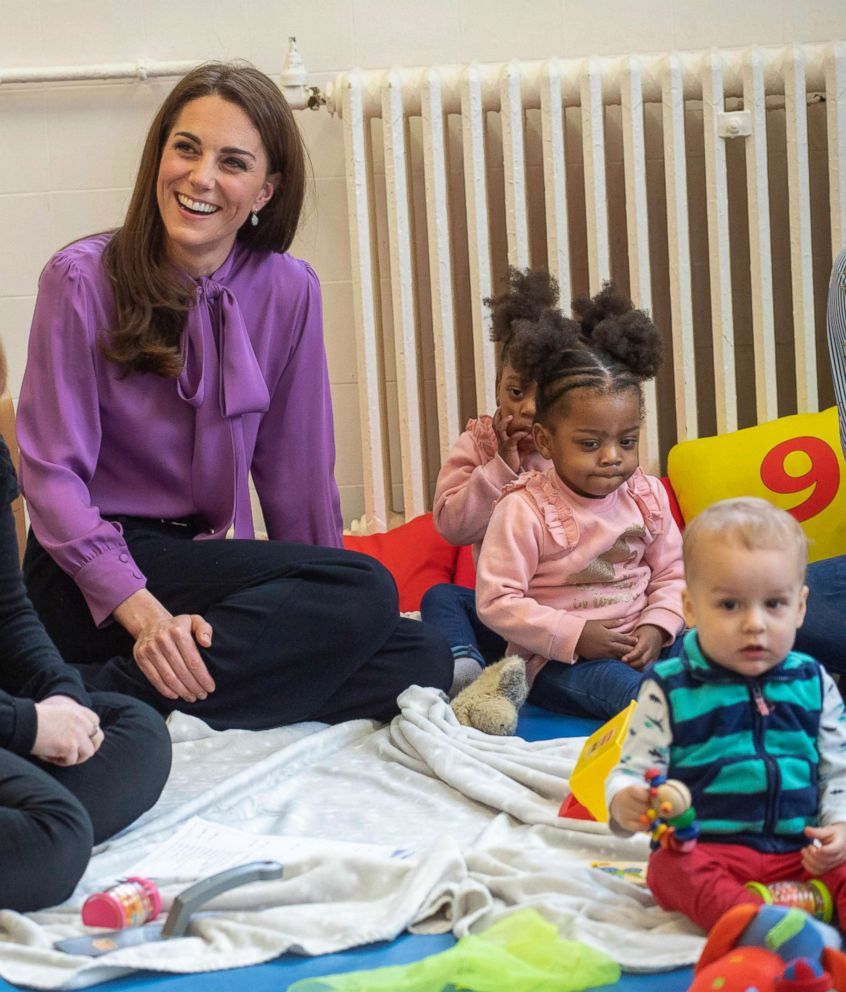 Arthur Edwards/AP
Britain's Kate the Duchess of Cambridge sits with children during a visit to the Henry Fawcett Children's Centre in Kennington, London, March 12, 2019. 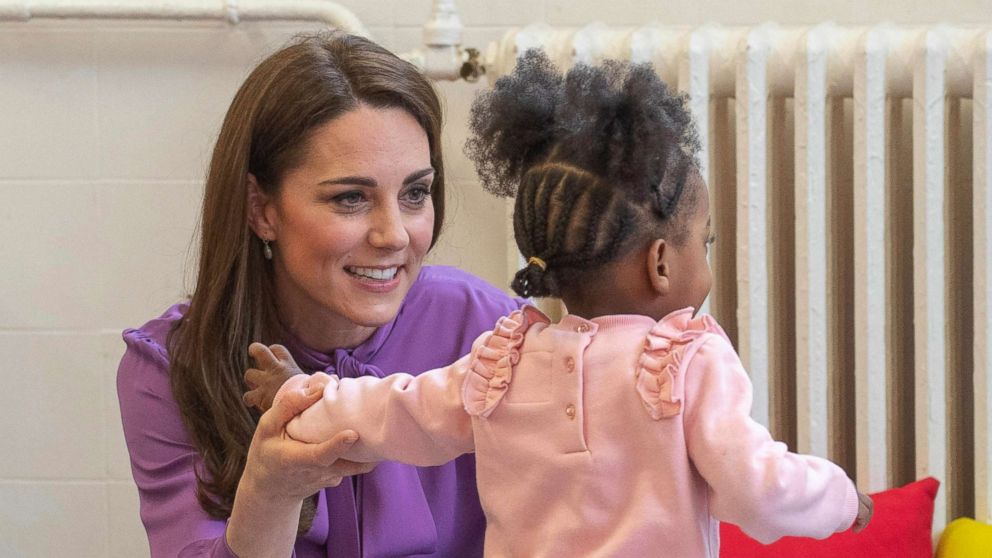 Arthur Edwards/AP
Britain's Kate the Duchess of Cambridge, reacts with a child, during a visit to the Henry Fawcett Children's Centre in Kennington, London, March 12, 2019.

Kate's visit Tuesday with toddlers came one day after she made a much more formal appearance at Westminster Abbey for the annual Commonwealth Day Service, which celebrates the 53 Commonwealth countries around the world.