Red carpet fashion is back, and it was very apparent at the 33rd annual Producers Guild Awards.

This year's PGA Awards took place on Saturday at Los Angeles' Fairmont Century Plaza, and some of Hollywood's biggest names were in attendance.

There were great looks on everyone from Venus and Serena Williams to Kristen Stewart.

Keep scrolling to see some of the brightest, best and most beautiful style moments. 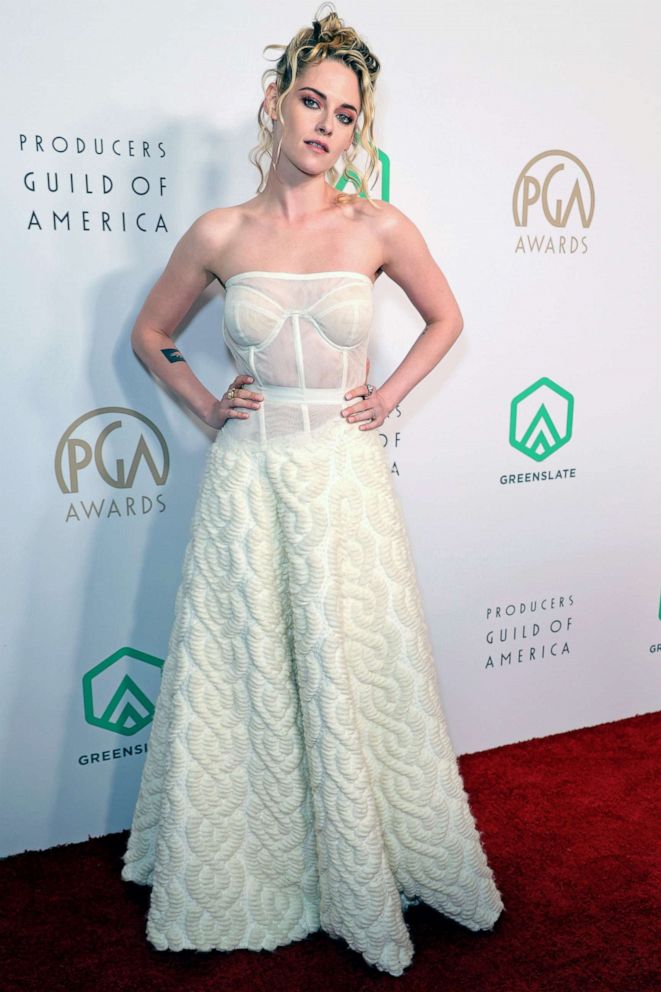 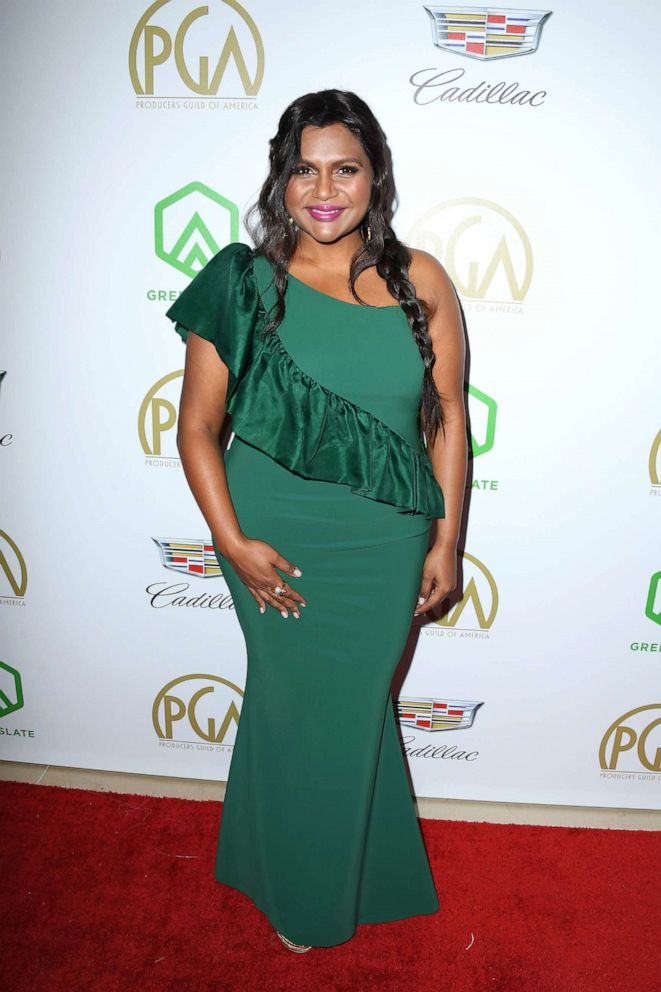 Kaling posed for the cameras in a glorious green one-shouldered dress that included stylish ruffled detailing. 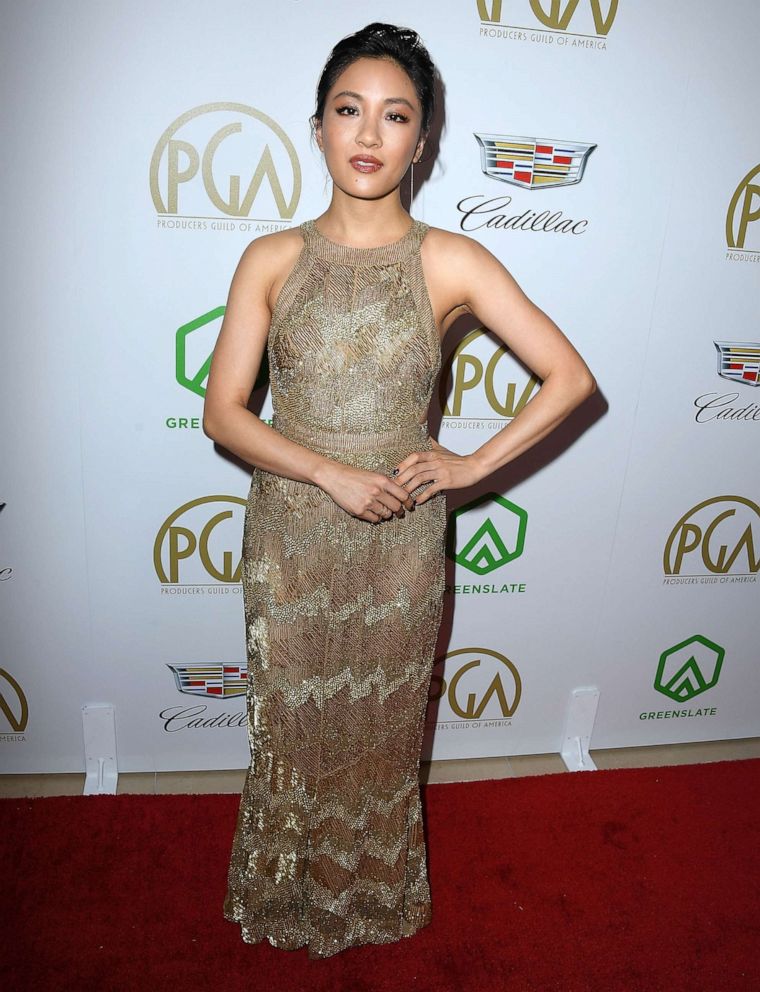 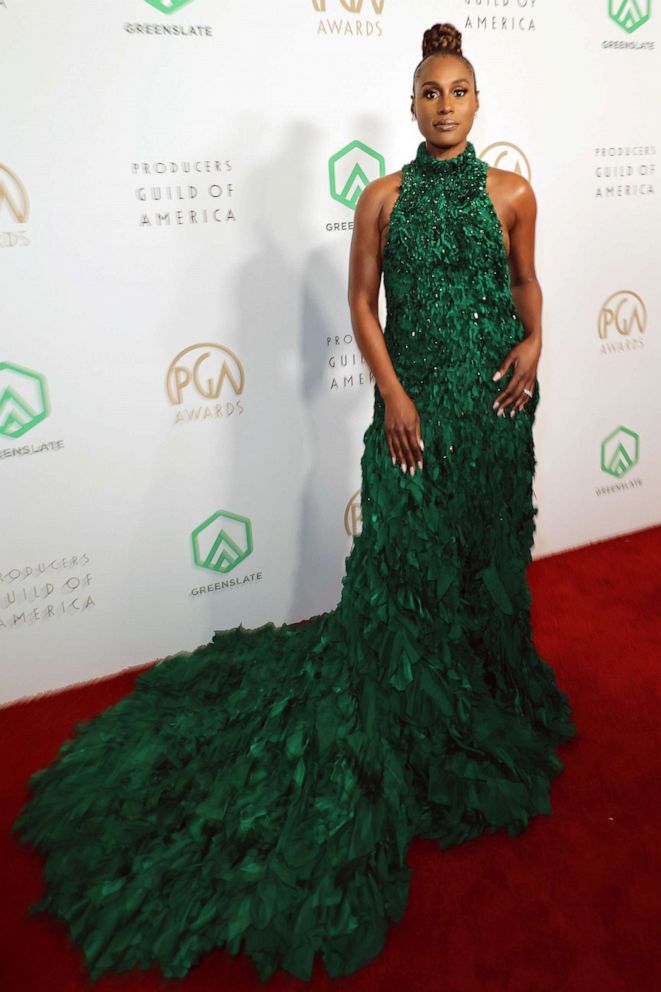 The "Insecure" actress dazzled in a custom Aliètte gown styled by Jason Rembert. She finished the look with a beautiful braided top knot. 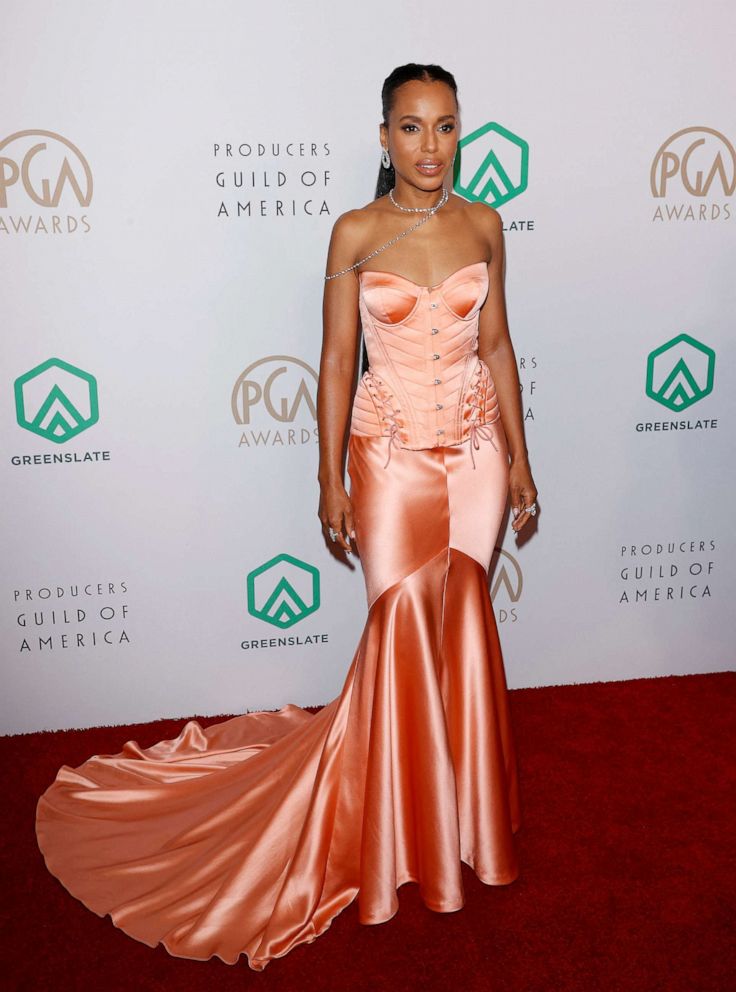 Styled by Law Roach, the actress was ravishing on the red carpet wearing a shiny corset dress from Sergio Hudson's spring/summer 2022 ready-to-wear collection. 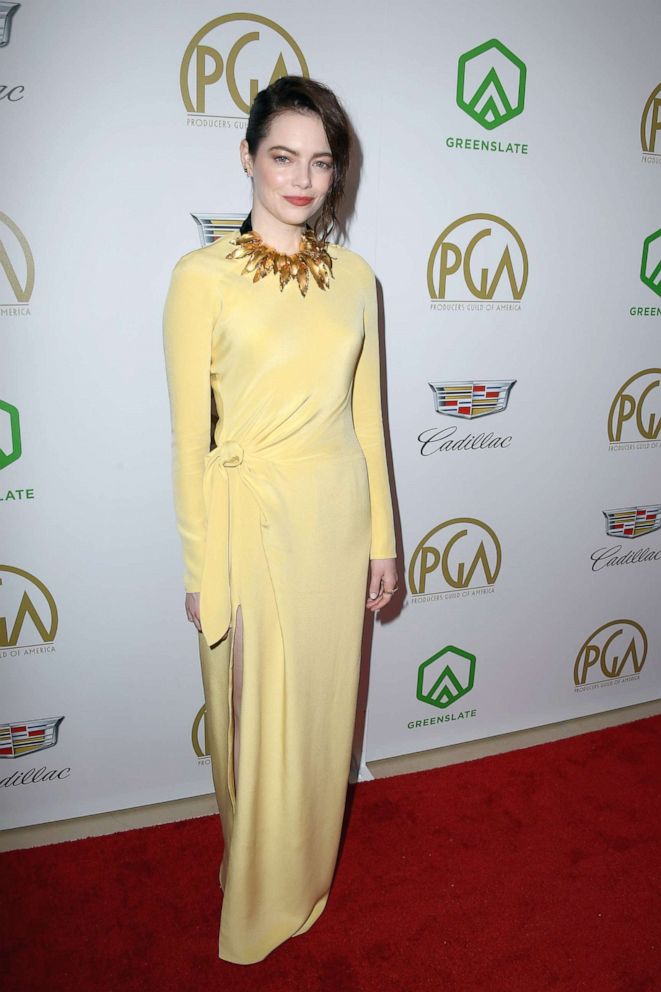 Stone brought a dose of spring to the red carpet in an alluring yellow gown that featured a knotted waist belt and a thigh-high slit. 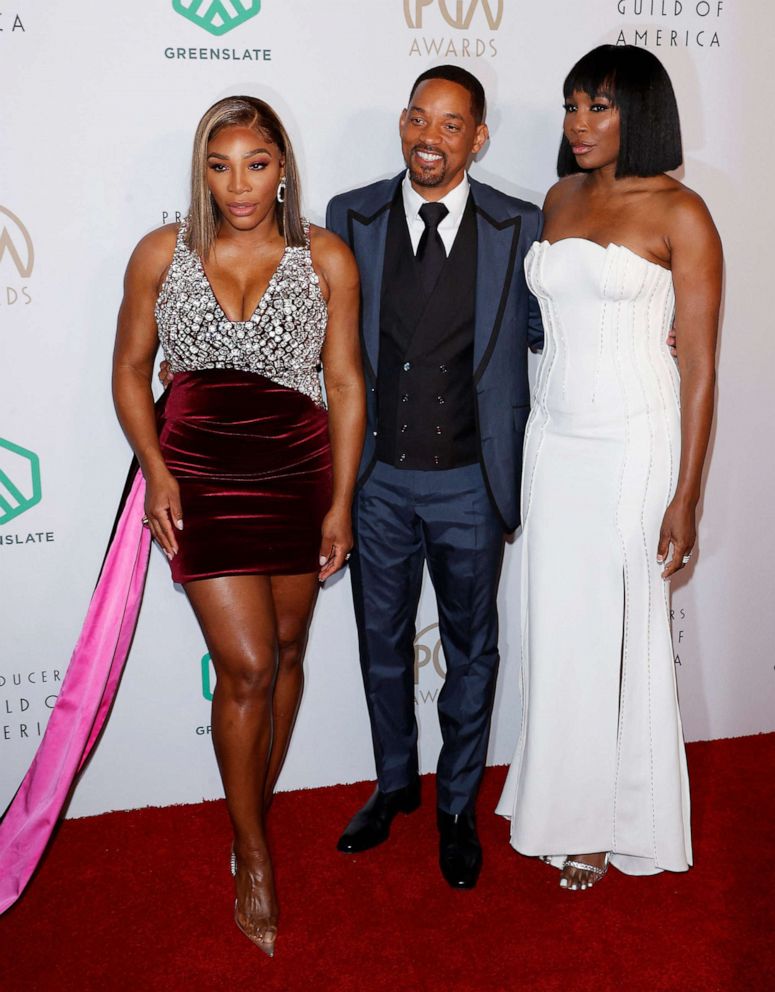 Michael Tran/AFP via Getty Images
Serena Williams, Will Smith and Venus Williams arrive for the 33rd Annual Producers Guild Awards at the Fairmont Century Plaza in Los Angeles, on March 19, 2022.

The trifecta lit up the red carpet wearing stylish looks by CD Greene (Serena), and Atelier Versace (Venus), with Smith in a dapper blue and black suit.