Video by Brittany Berkowitz, Will Linendoll
Share —
Sign up for our newsletters to get GMA delivered to your inbox every morning!

Chloe Bailey knows a thing or two about nailing her look on the red carpet.

From the Oscars to the Met Gala, the 23-year-old hasn't been afraid to embrace her bold style.

"Going on a carpet to show how you look sounds pretty funny and vain but there's actually a lot of work that goes into it," the “Trust Me” singer told "Good Morning America." "My goal is to just be happy and get out of my head and have fun.” 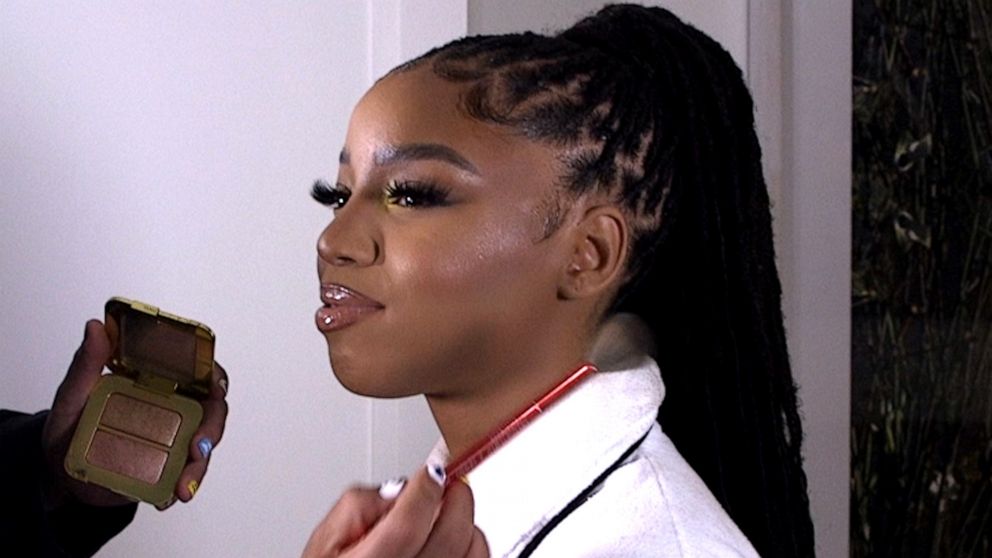 We had fun while getting ready with Bailey for this year's Met Gala. The 2022 theme was "Gilded Glamour," channeling the gilded age of the 1870s to 1890s in New York. Bailey said she interpreted the theme with a custom gold "gilded" gown by designer Area and neckpiece.

"I literally feel like a phoenix. It's very strong and beautiful. And very feminine," she said. 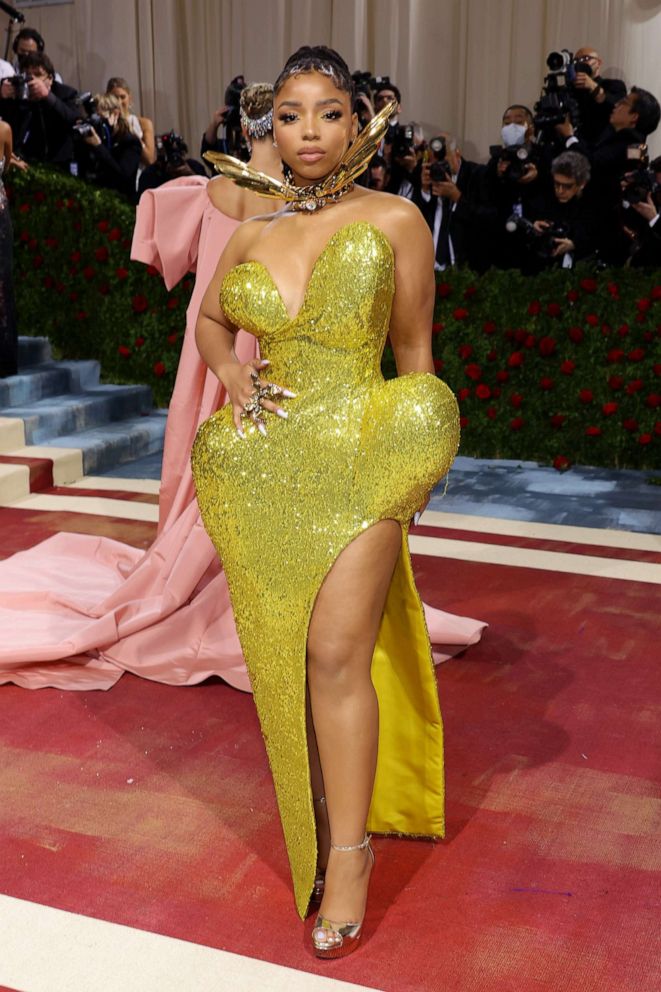 Mike Coppola/Getty Images
Chloe Bailey attends The 2022 Met Gala Celebrating "In America: An Anthology of Fashion" at The Metropolitan Museum of Art, May 2, 2022, in New York.

One thing that's different for Bailey about this year’s Met Gala is that she attended on her own, without her sister and music collaborator, Halle.

“[Halle] was just like, 'Kill it and make me proud,'" Bailey said. "We're just always that support system for each other.” 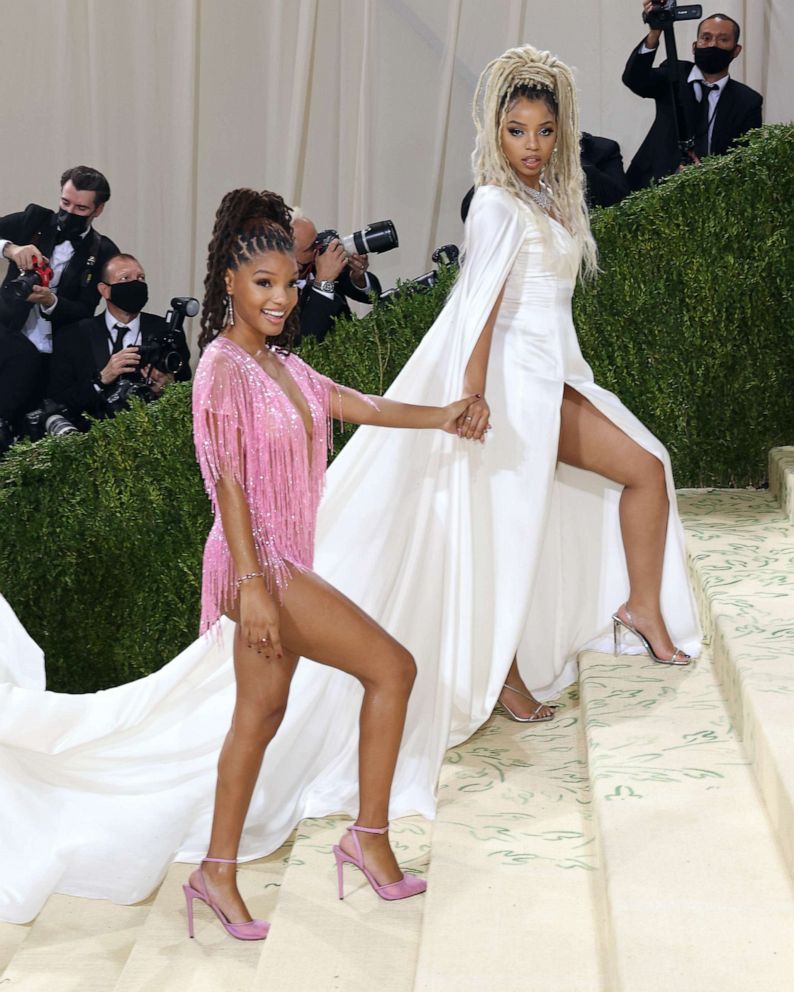 Taylor Hill/WireImage via Getty Images
Chloe and Halle attend the 2021 Met Gala benefit "In America: A Lexicon of Fashion" at Metropolitan Museum of Art, Sept. 13, 2021, in New York.

While Bailey has been known as the other half of the sister music duo, Chloe x Halle, Bailey is carving a lane for herself as a solo artist. In 2021, she released "Have Mercy" as the lead single from her upcoming solo debut studio album. She said she's learned about herself through the creative process.

“I think it's really important for all of us as young humans to really find our individuality and find the thing that sticks,” Bailey said. “It's been a little scary for me. I'm 23 years old and I'm finding myself as a human being and through music.”

From the recording studio to the red carpet, Bailey is having fun showing the world a different side of herself.

"All of us have layers to ourselves," she said. "We're not just one thing and I think that's really powerful, especially us as women. We can be multiple things, we can be really goofy and like really clumsy but also, at the same time, command a room, command a stage, be strong and own that power. So I don't think we ever have to limit ourselves to one thing."

2:09
Chloe Bailey&rsquo;s epic cover is featured on the Undefeated&rsquo;s album, &lsquo;Liberated Music for the Movement Volume 3.'