On Sunday, there were a wide variety of looks from everyone including Kerry Washington and Jamie Chung to Leslie Odom Jr. and Viola Davis.

Her look also featured sparkling embroidered Swarovski crystals all over.

"In some Asian cultures, the color red symbolizes joy, luck and happiness," the "Lovecraft" actress said in a post. "In Korean culture, it symbolizes creation, passion and power. I'm so proud of my history and heritage."

Along with red strappy sandals, she also wore an Edie Parker purse that read "Stop Asian Hate" in gold letters. 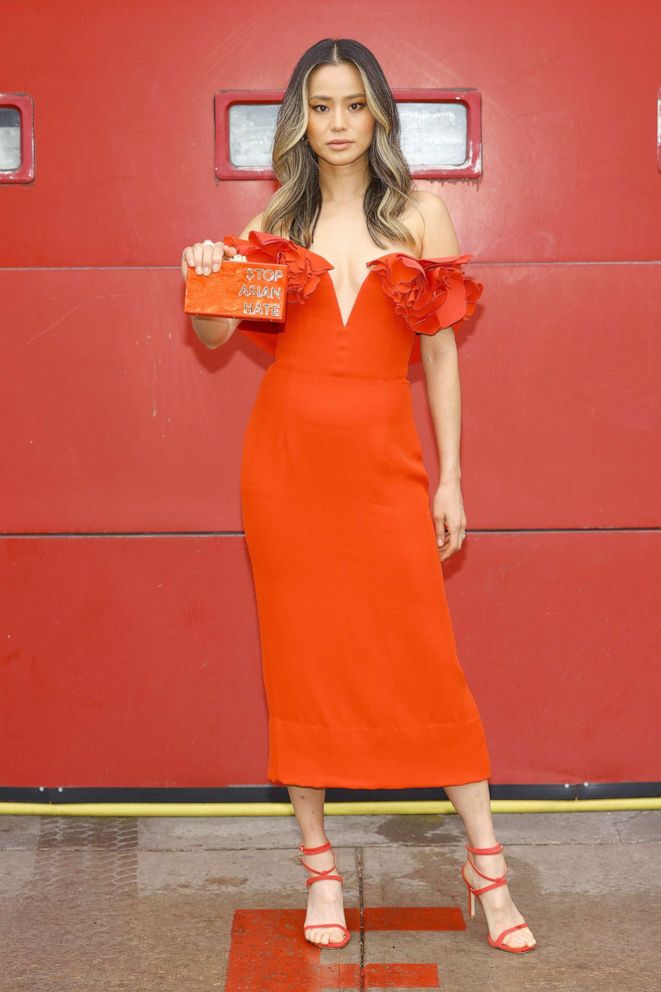 Chung previously opened up about the rise in hate crimes against Asian Americans to People, saying, "It's infuriating because discrimination is nothing new for Asian Americans."

She continued, "I think only now people are becoming aware of how bad it's gotten and it's disappointing that more media outlets aren't sharing these stories." 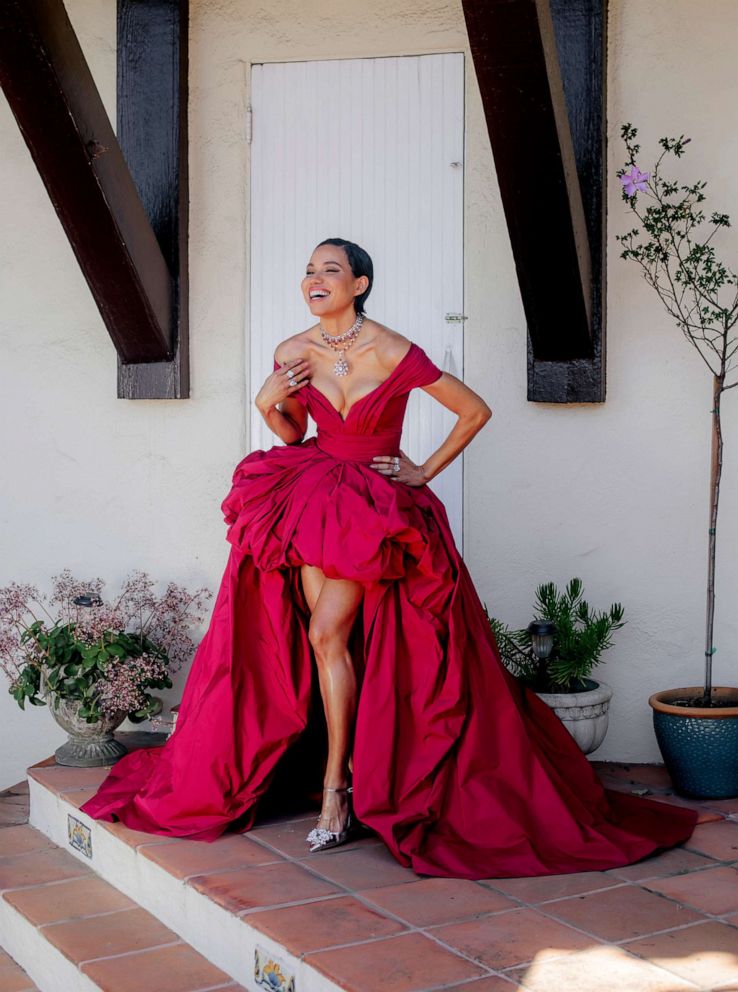 There were also incredible looks from actresses such as Jurnee Smollet. She posed like a top model in a fuschia silk taffeta ball gown by Zuhair Murad that was accompanied by Bulgari jewelry.

"Thank you @bulgari for enabling me to live my diamond dreams," she said in an Instagram post. 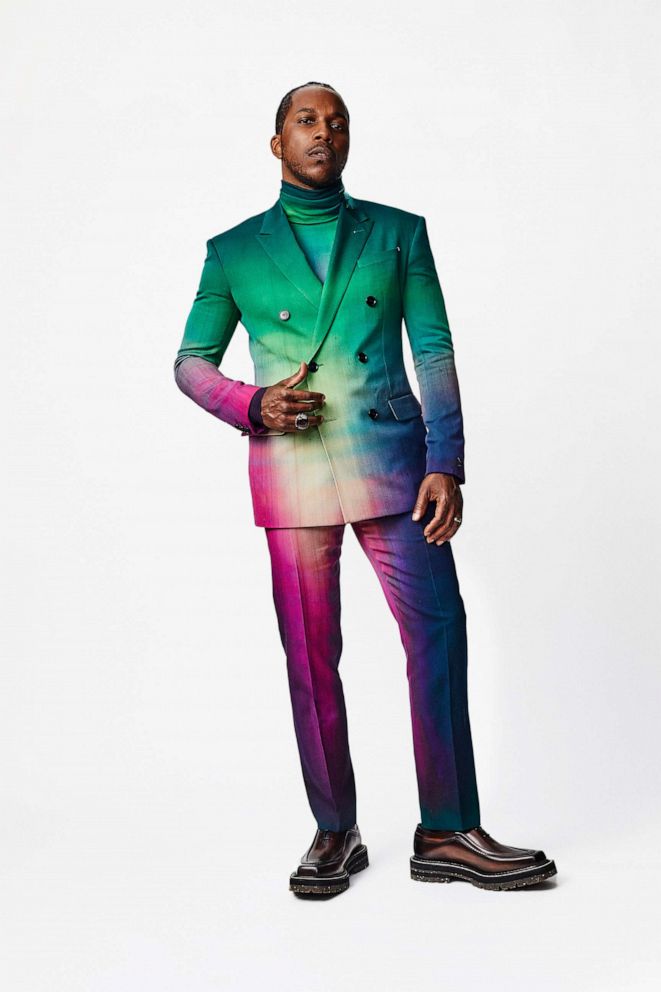 It's hard to discuss standout looks without including Leslie Odom Jr. The actor and singer wore a multi-colored vibrant suit from Berluti's upcoming Fall 2021 collection by the label's creative director Kris Van Assche.

Nicole Kidman was another backyard photo shoot beauty for this year's SAGs. She smiled for the cameras wearing a Giorgio Armani dress that included elaborate beading and designs.

It was hard to miss Viola Davis' stunning appearance for this year's virtual affair. She wore a lime green Louis Vuitton dress, Forevermark jewels along with a stylish bob cut hairstyle.

Jared Leto wore a lovely custom Gucci double-breasted suit along with flared pants, a silk shirt, gray boots and a silk neck scarf. He completed the look with a gilded shell-like clutch.