At the new Star Wars: Galaxy's Edge , there are five eating and drinking outposts with a total of 50 menu items.

"Each menu item tells a story," Michele Gendreau, the director of Food and Beverage at Disneyland Resort, told "GMA" when we got a snack -- sorry sneak -- peek into the new land.

How does the culinary team behind the largest expansion in Disney Parks history tell the story of a place that, quite intentionally, has very little backstory? Batuu, after all, is a mostly unknown place in the galaxy. The creators of the land made it this way so that every visitor -- from new fan to superfan -- was coming in with a clean slate.

(More: The secrets and stories of Disney's new Star Wars: Galaxy's Edge from someone who's been there)

Gendreau explained how Disney's culinary experts came up with the menu.

"Through our whole process we're learning the story [of Black Spire Outpost] and where Batuu fits into the galaxy," she said. "It is on the outer limits of the galaxy. The Falucians visited and they are vegetarian. So we have plant-based and vegetarian dishes and then we take it from there."

From Oga's Cantina -- the watering hole and gathering place of Black Spire outpost (which serves alcohol to the public for the first time at Disneyland) -- to the Milk Stand, serving the famed blue milk -- "GMA" ate our way through the new land. And while we didn't get to sample all 50 dishes, we did eat quite a few. Here are the five you don't want to miss.

(More: Here's what it's like to pilot the Millennium Falcon at Disney's new Star Wars Land) 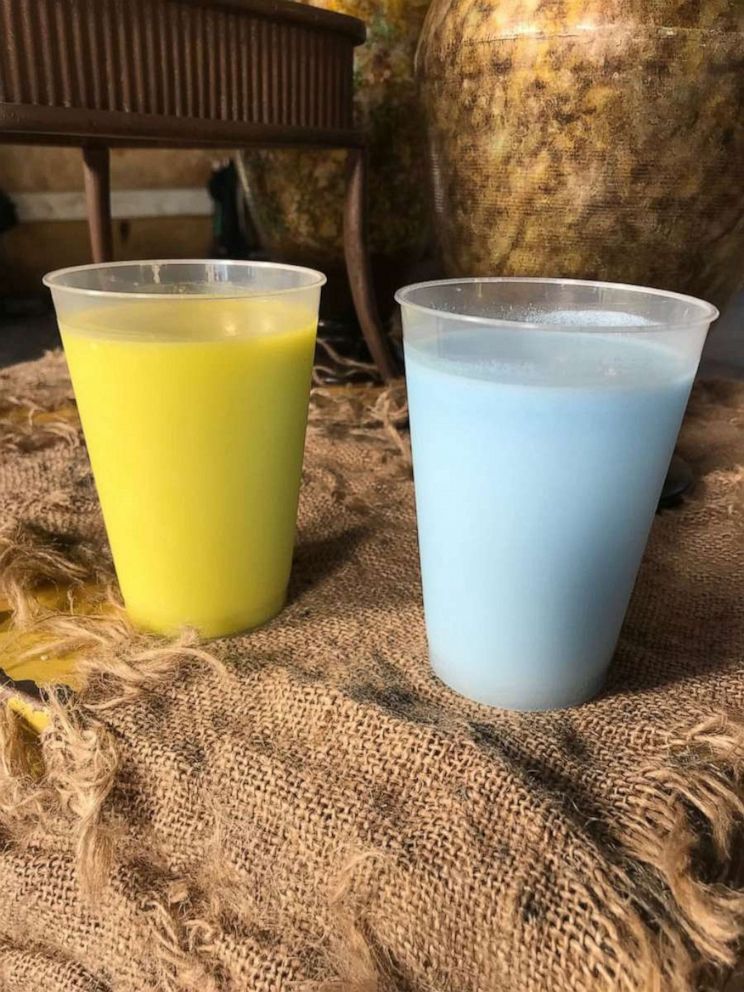 Located at the Milk Stand, this will be the trendiest beverage in Star Wars: Galaxy's Edge. It's made from coconut and rice milk and pineapple. It has the consistency of a smoothie rather than milk and is sweet and refreshing. 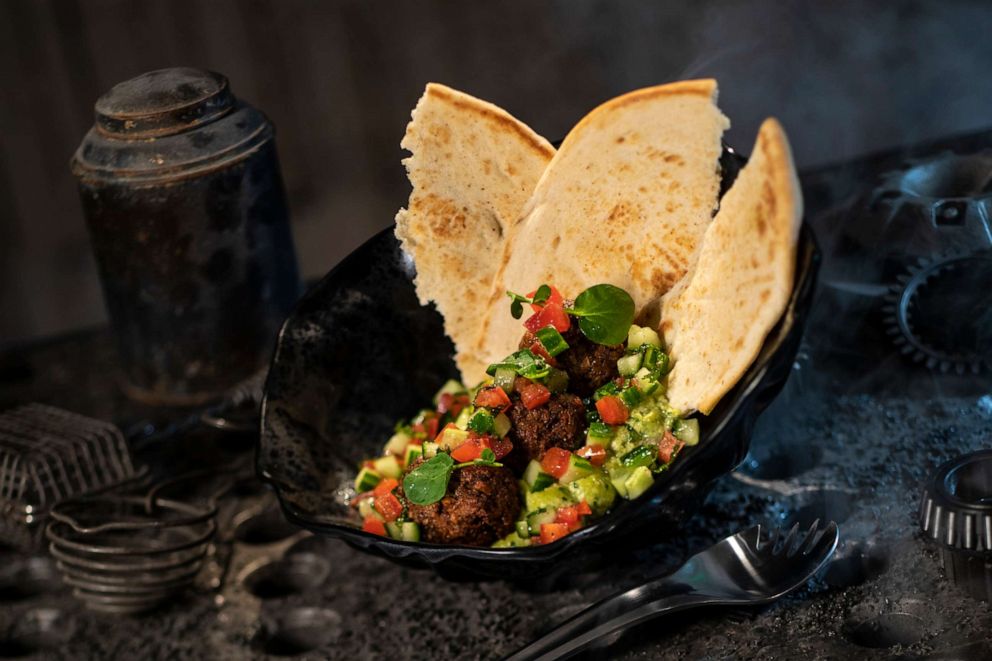 Plant-based meatballs over chimichurri hummus served with relish and a pita. It's similar to falafel and the chimichurri is spicy while the hummus is creamy. The pita is perfect for scooping excess hummus. You can dine on this dish at Docking Bay 7 Food and Cargo. 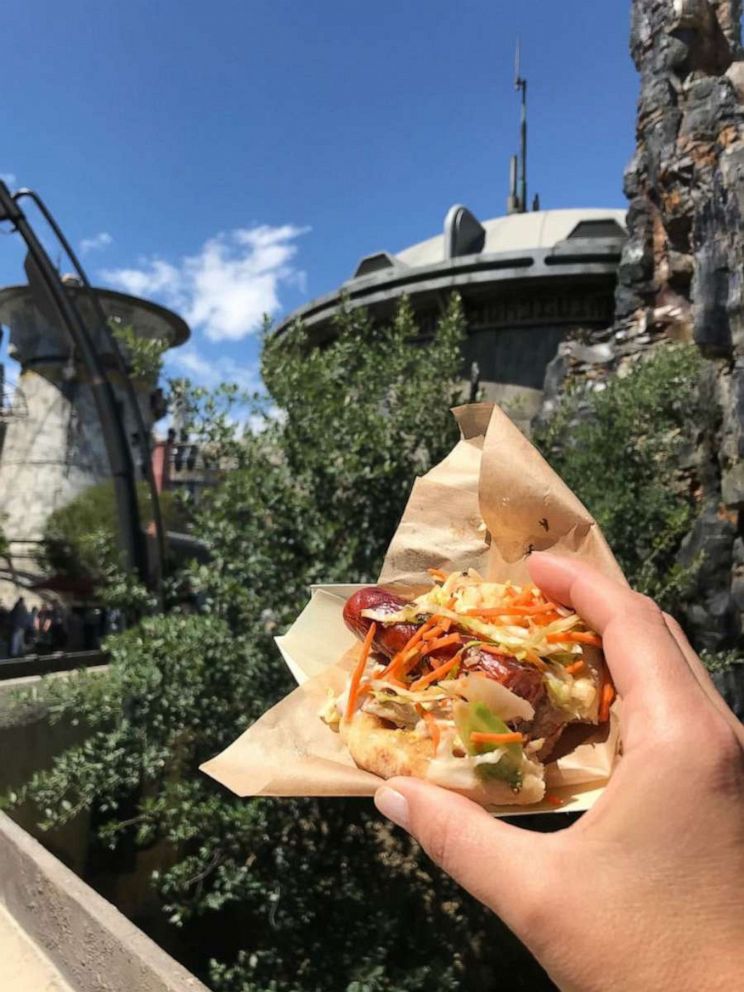 A personal and unexpected favorite. Roasted pork, grilled sausage, peppercorn sauce and tangy slaw are all wrapped in a pita. 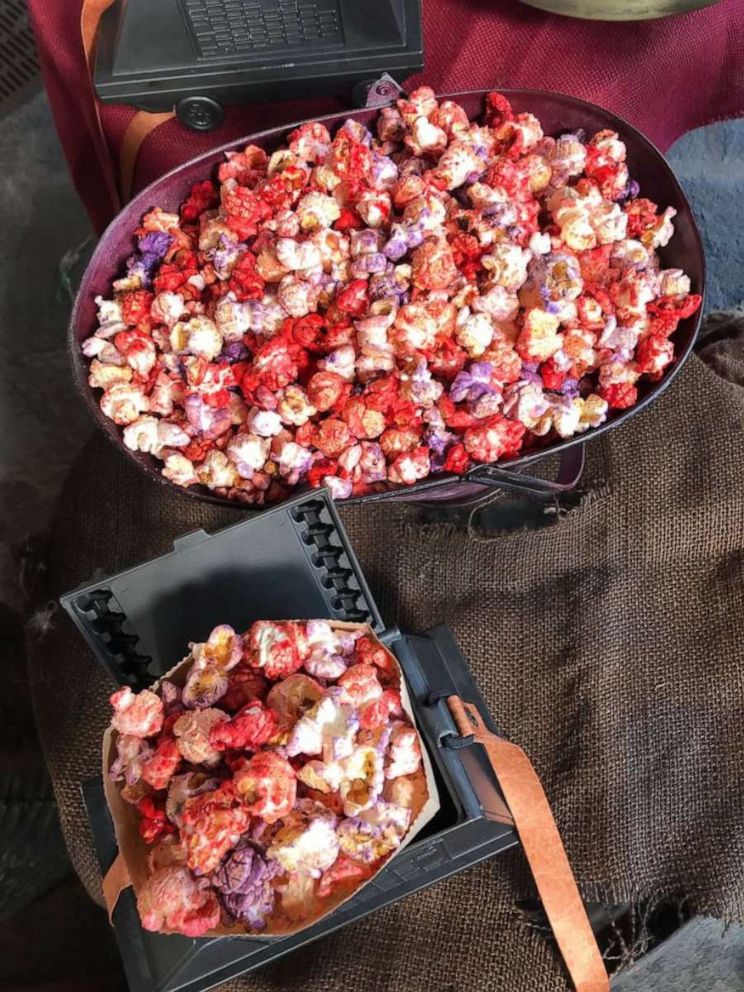 Red is spicy, purple is sweet. They're meant to be eaten together. It's a fun snack for walking around the land and for Instagram. Find it at Kat Saka’s Kettle. 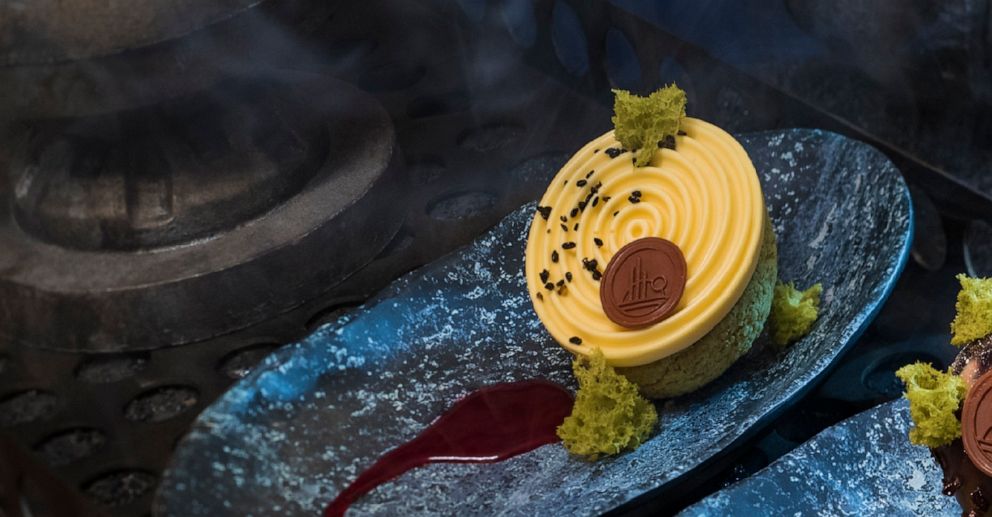 Oi-oi puff is for dessert at Docking Bay 7 Food and Cargo. It's a raspberry cream puff with passion fruit mousse. Sweet and spongy, it's perfect to share if you just want a taste of sweet.