This comes as travel continues to recover despite concerns around the delta variant. According to TripIt, fewer Americans are booking domestic flights compared to 2019.

"Mid-July was incredibly strong for bookings, and we're expecting Labor Day to be very similar in that regard," Adit Damodaran, an economist at Hopper, an online booking platform, said in an interview with ABC News. "We're already seeing really high searches for Labor Day weekend. And in comparison to mid-July, it's very similar."

According to Hopper, the most-booked destinations for Labor Day weekend have been Las Vegas, Atlanta and Denver. For international trips, Mexico and the Caribbean have been very popular.

"That seems to suggest that travelers have started feeling more comfortable going to places like Mexico and the Caribbean," Damodaran said. "It's just a shift away from that transatlantic travel that we saw over the summer, but I still think we're seeing travelers feeling comfortable traveling internationally as long as it's close to home." 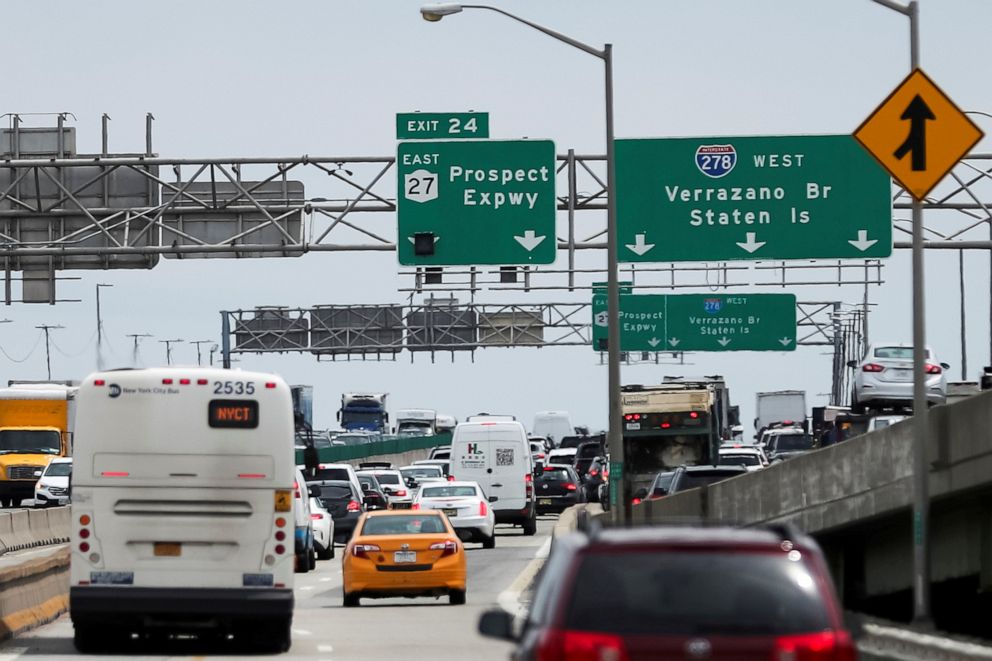 Eduardo Munoz/Reuters, FILE
Traffic is seen on a highway ahead of the July 4th holiday, in New York, July 2, 2021.
MORE: FAA urges airports to help stop alcohol to go amid unruly passenger spike

Scott Keyes, founder of Scott's Cheap Flights, said the number of people traveling to Mexico from the U.S. is 10% higher than pre-pandemic.

"I think you're going to see a continued surge and excitement for flights to Cancun, Puerto Vallarta, Cabo -- those sort-of-relaxing and resort-type destination favorites for American travelers," Keyes told ABC News.

Keyes said don't expect to have the plane all to yourself.

"Expect fuller planes, expect some long lines at the airport for the TSA security check and plan to get there a little bit earlier in order to make sure you don't have any hiccups and miss your flight," he added.

MORE: Bringing pets on vacation: What you need to know

"If you're looking to get the best deal on Labor Day airfare, we recommend booking pretty much immediately," Damodaran said.

"Don't hold out hope that you're gonna see a great last-minute deal because not only is the likelihood of that exceedingly slim, but the price is likely to continue to go up with each passing day," he said.