As more people return to the skies, the number of unruly passenger incidents onboard planes continues to skyrocket.

The FAA said on Tuesday that it has received over 3,400 reports of unruly behavior from passengers since the beginning of the year. Of those incidents, 75% involved passengers who refused to wear face coverings. 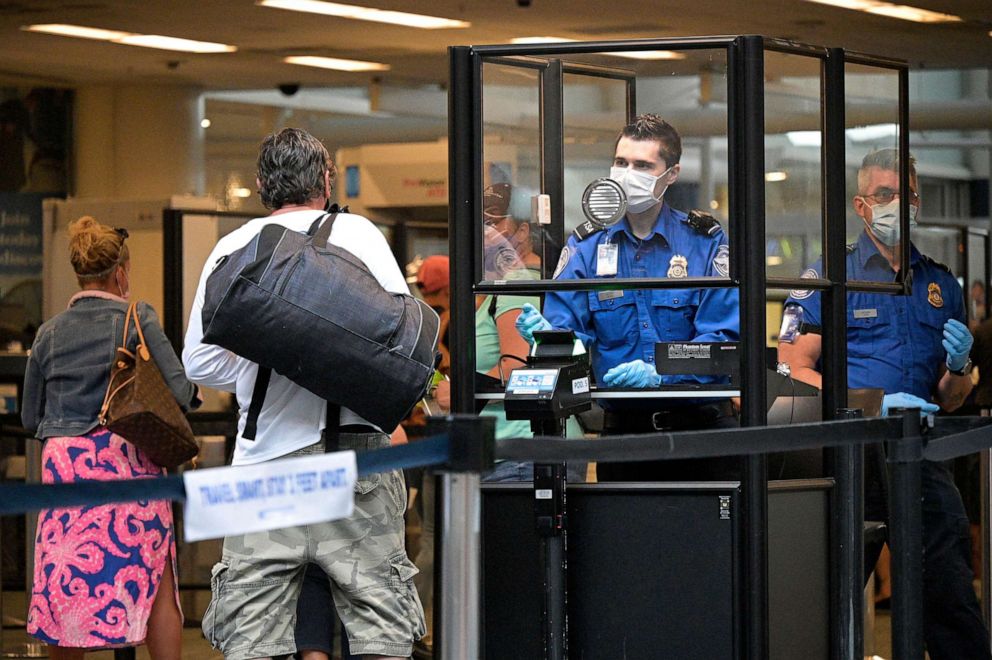 Phelan M. Ebenhack/AP, FILE
A TSA agent wears a face mask to help curb the spread of COVID-19 while checking passengers at a security checkpoint at Orlando International Airport, on May 28, 2021, in Orlando, Fla.

In one of the most recent cases, a woman from Florida was arrested after allegedly refusing to wear a mask on a Delta Air Lines flight.

Video of the incident appears to show the woman argue with police officers on board the aircraft as they ask her to deplane. She was then restrained and escorted off.

Adelaide Schrowang is facing several charges and remains in police custody on a $56,000 bond.

The FAA is still enforcing its zero-tolerance policy for in-flight disruptions which could lead to fines as high as $52,500 and up to 20 years in prison. The agency has looked into more than 550 potential violations of federal law this year --- the highest number since 1995.

Last month, a coalition of airline lobbying groups and unions called on the Justice Department to go a step further and prosecute unruly passengers "to the fullest extent of the law."

MORE: Groups call for DOJ to prosecute unruly passengers to 'fullest extent of the law'

"The federal government should send a strong and consistent message through criminal enforcement that compliance with federal law and upholding aviation safety are of paramount importance," the letter said.

Flight attendants are often the first responders during these in-flight confrontations, and they have seen them become more volatile. 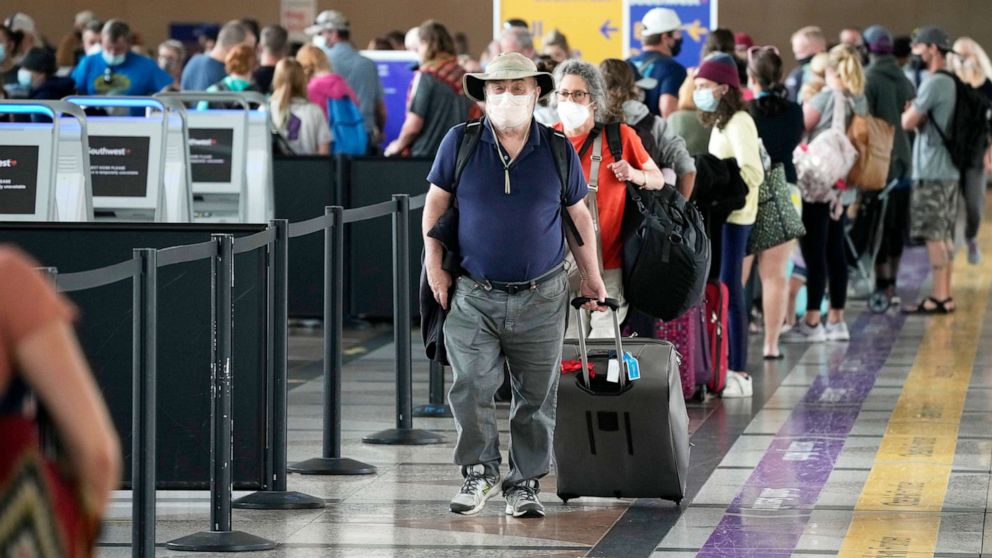 David Zalubowski/AP
A line of travelers make their ways from the ticketing counter for Southwest Airlines to the nearby south security checkpoint at Denver International Airport, July 2, 2021.

"It tops the chart of the most egregious things I've ever heard of," Lyn Montgomery, a spokesperson for the union that represents Southwest flight attendants, told ABC News. "It's unbelievable and really hard to understand the level of aggression that has been exhibited towards our flight crews. It just seems that when people get on board an aircraft they're feeling more angry than they used to feel."

The voluntary training program, which was put on hold due to the pandemic, provides flight crew members with techniques "for responding against an attacker in a commercial passenger or cargo aircraft," including self-defense measures and ways to identify and deter potential threats.

"It should be a recurring training so that we can create that muscle memory that you need to be able to respond at a moment's notice," Sara Nelson, the president of the Association of Flight Attendants, told ABC News. "But even taking the course one time changed my attitude, gave me a better understanding about how to stand, how to hold myself, how to protect myself if someone is coming at me."