An Illinois baby with a rare genetic condition has been discharged from the neonatal intensive care unit nearly a year after he was born.

Max Do, who turns 1 on Saturday, has a lot to celebrate. He spent the last 11 months in the NICU at Advocate Children's Hospital in Park Ridge, Illinois -- long enough for him to be dubbed the "mayor of the NICU" by an occupational therapist, said Dr. Michael Cappello, a neonatologist and vice chairman of pediatrics at the hospital. 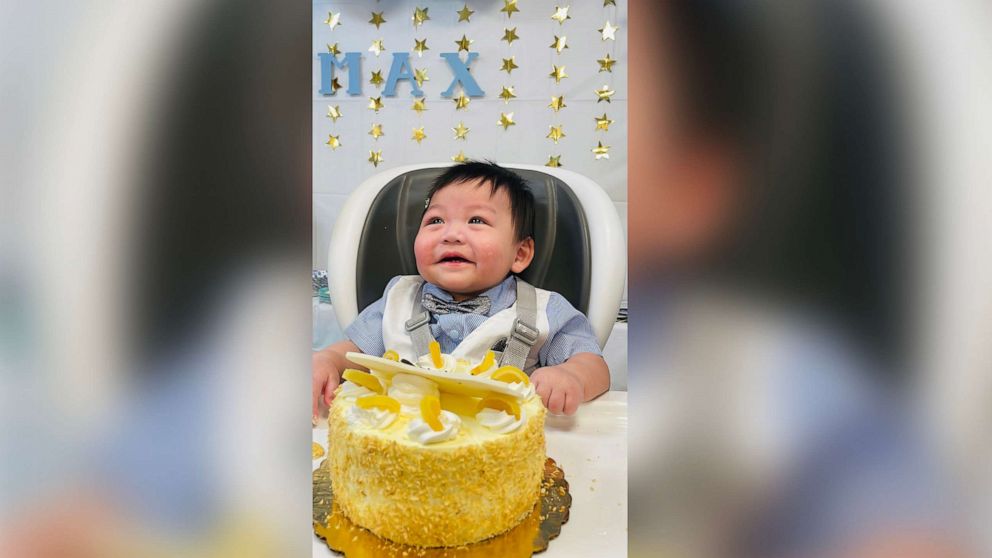 Courtesy Do Family
Max Do will turn one year old on June 4, 2022. Max who has the only known case of a rare condition was discharged from the hospital after 11 months in Park Ridge, Il.

"He commands a lot of attention in there because he's [a] very excited little guy. He always wants to say hi, he waves, he smiles and it's hard not to go over and say hi to him, even when you're not taking care of him at the moment. So he definitely is the mayor of the NICU," Cappello told "Good Morning America."

Max was born early at 31 weeks via emergency cesarean section on June 4, 2021. At first, doctors didn’t know exactly what was wrong with him. 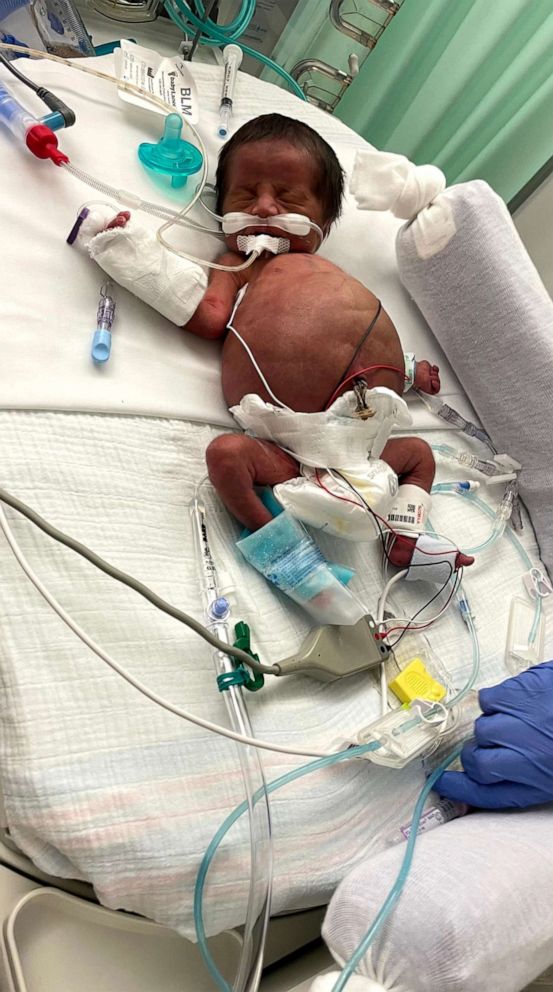 Courtesy Do Family
Max Do was born with a distended belly and it took a few weeks for doctors to identify what kind of condition he had.

Kim Nguyen and Dan Do, Max’s parents, remember the arrival of their second child was marked with uncertainty.

"When she was pregnant, we saw [in] the ultrasound that Max's stomach was already getting distended, and they saw that amniotic fluid was not going in and out of Max the way it should be and, as a result, Kim's stomach was getting bloated up, really rapidly," Do, 37, told "GMA."

"When he was born, his belly was very distended," said Cappello, who was part of Max’s care team. "And so that usually means that there's a bowel obstruction of some sort. He did have surgery to look at that … but as it continued to be distended -- that was because there was so much fluid going in there -- we realized that we needed to evaluate exactly why." 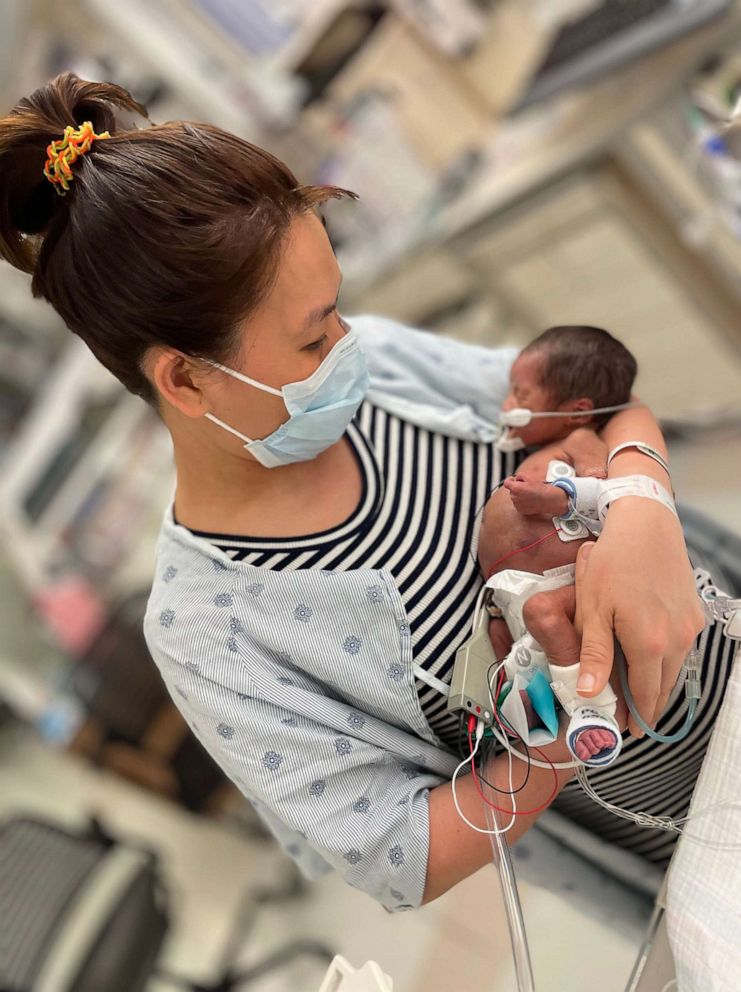 Courtesy Do Family
Max Do was born with a distended belly and it took a few weeks for doctors to identify what kind of condition he had.

Doctors had to run blood and genetic tests in the weeks after Max’s birth. They eventually discovered Max had congenital sodium diarrhea.

"This was caused by a mutation in a gene that regulates the process of how much sodium and water goes into the intestine," Cappello said. "He is the only person in recorded history to have on that gene that particular mutation."

It's such a rare disorder there are not reliable statistics available about how many people have it.

"We only know 15 other people in the world who have a mutation on this gene at all and are having the same issue," he added. 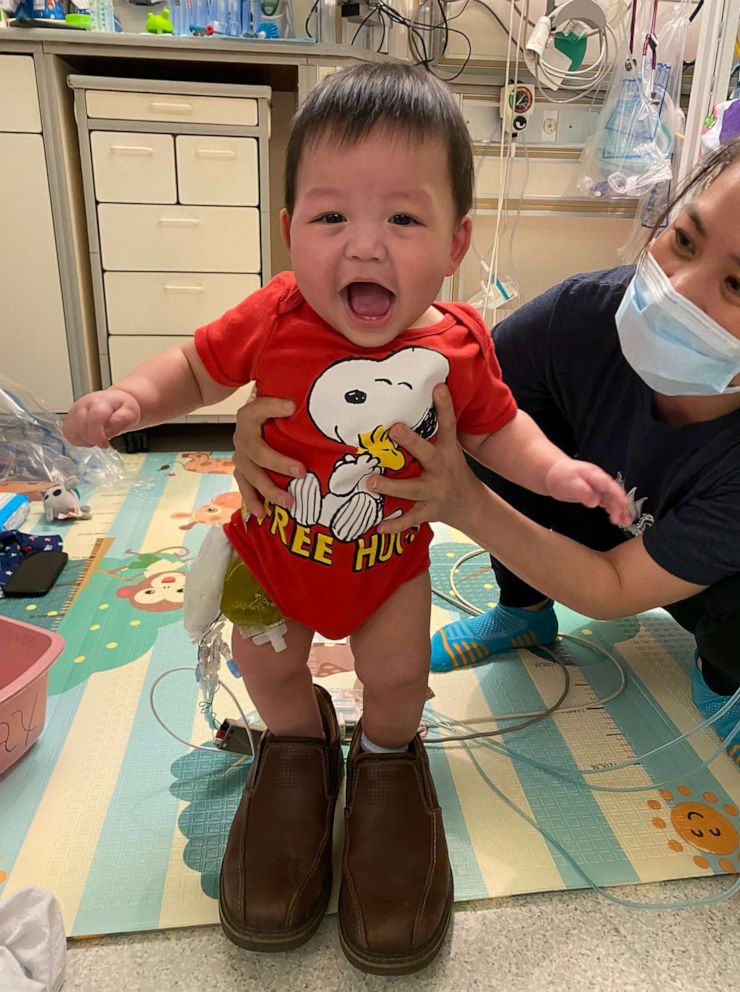 Courtesy Do Family
Despite all the ups and downs of his first year, Max's parents say he's a happy baby and loves to be around people. Max Do was discharged from the hospital on May 23 after 11 months in the NICU in Illinois.

Max's condition causes him to lose sodium and water in the intestines quickly, so he's had to be fed through a central line, similar to an IV line. This helps to prevent dehydration and maintain normal body growth.

The condition can be long-term and life-threatening, and could cause severe dehydration, electrolyte imbalances or more serious issues, such as cardiac arrhythmia, according to Cappello.

In the first two months of his life, Max had to have four major surgeries, according to his father.

"It felt like surgery after surgery. It was rough," Do said. "There was a point where we thought we were going to lose him because so many procedures had been done. And he was, I think, almost unconscious for one week. One week he was just on morphine and was just sleeping, trying to recover from the surgeries."

Nguyen and Do told "GMA" they found strength through their son and visited him every day in the hospital.

"Even though he wasn't responding and playing with us, I think just being by his bedside, it [gave] us some peace," Do said.

With nearly a year of intensive care, Max recovered and kept growing. Cappello was there on May 23 when Max was declared well enough to finally go home and meet his older sister Ivy. 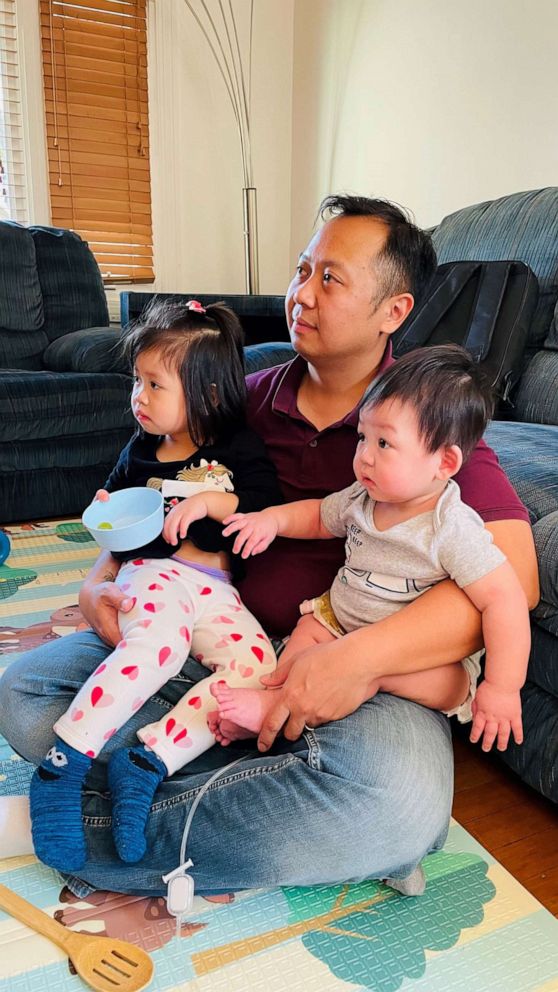 Courtesy Do Family
Max Do is pictured with his father Dan and sister Ivy in an undated family photo. Max was discharged from the hospital on May 23 after 11 months in the NICU. Since being released, he has been able to return home with his parents and meet his older sister, Ivy.
MORE: Toddler who weighed 1 pound at birth goes home after 19 months in the NICU

"The team really did a great job: our GI team, the nurses, the child life specialist … because he stayed longer than most patients do and he walked out of the NICU. That's never happened before. So I mean, that's a tribute to all the team and his parents. His parents were there every step of the way," Cappello said.

He also credited Max for "answering every one of the challenges that he had."

"He took every curveball thrown at him and he knocked it right out of the park," he said.

Today, Nguyen and Do say their son is a "really happy" boy who loves being around other people and is making big strides already, such as babbling and walking. They hope that by sharing Max’s story, they can offer some hope to other NICU parents and also raise awareness about Max's rare genetic condition.

"There's just so few cases in the world," Do said. "Somebody contacted me saying his daughter has that condition too. So I mean, if we can get a community going, that will be great, just to share ideas and stuff like that."

"We might not be able to cure him, but at least we can manage his symptoms and treat his symptoms," he added.