The key to crushing your fitness goals may come down to something as simple as changing the time you workout.

If you want to run faster and lift heavier, research shows you should hit that snooze button and workout in the afternoon, according to Daniel Pink, author of, “When: The Scientific Secrets of Perfect Timing.” 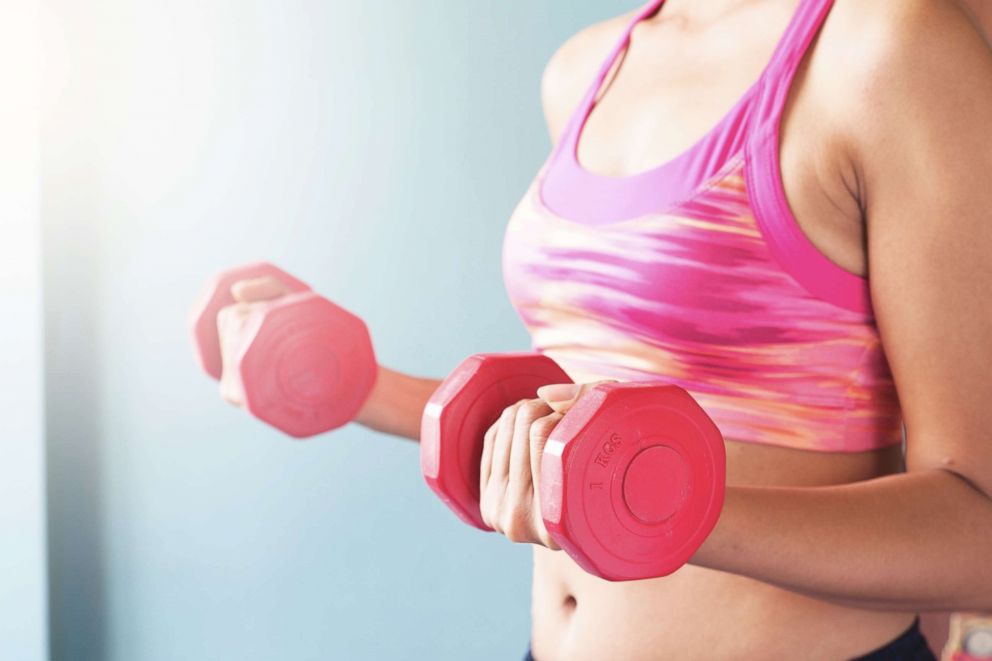 If you want to lose weight, set your alarm for an early morning workout, according to Pink, who analyzed decades of research for the book.

“There really isn't a perfect time to exercise,” he told "GMA." “It really depends on what you're trying to achieve.”

People who hit the gym for their mental health are better off exercising the morning, noted Pink.

"One of the greatest benefits of morning exercise, at least in my view, is that exercise gives us a mood boost," he said. "We feel better." 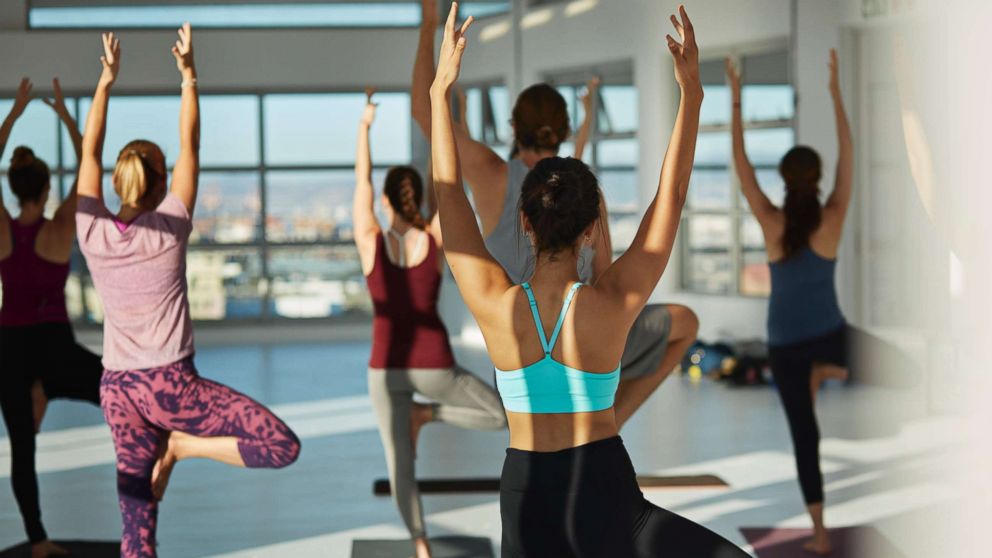 STOCK PHOTO/Getty Images
Women in a yoga class practicing in a huge rooftop studio in this undated stock photo.

Pink added, "That can last a long time and if you exercise in the morning, you get that mood boost and it lasts a big chunk of the day."

Perks of an afternoon workout

On the other hand, if you want to set personal records, working out in the afternoon or early evening can help you reach your peak performance.

Pink attributes that quality to the fact that our bodies are more warmed up by the middle to end of the day.

For that same reason, afternoon and evening exercise is preferred to avoid injury because, according to Pink, "you're literally more warmed up." 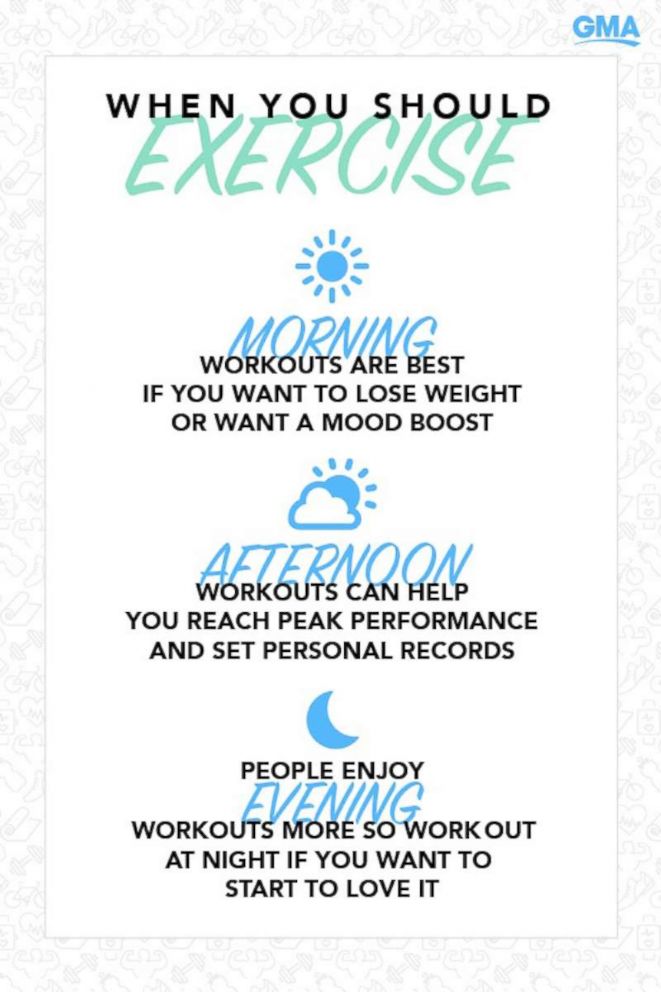 ABC
What time you should exercise depends on your goals, according to "When" author Daniel Pink.

What an evening workout is good for

If you want to actually enjoy exercise, and not dread it, you can also sleep in and schedule an evening workout instead.

"Late afternoon, early evening exercise, people report enjoying it more at that time of day, particularly, finding it less effortful," Pink said. "I think the reason for that is body temperature."

He continued, "We're more warmed up and so people seem to enjoy it more, and find it less of a strain."

"When" by Pink explains the best time to do anything, from running a marathon to asking for a raise to writing a book. 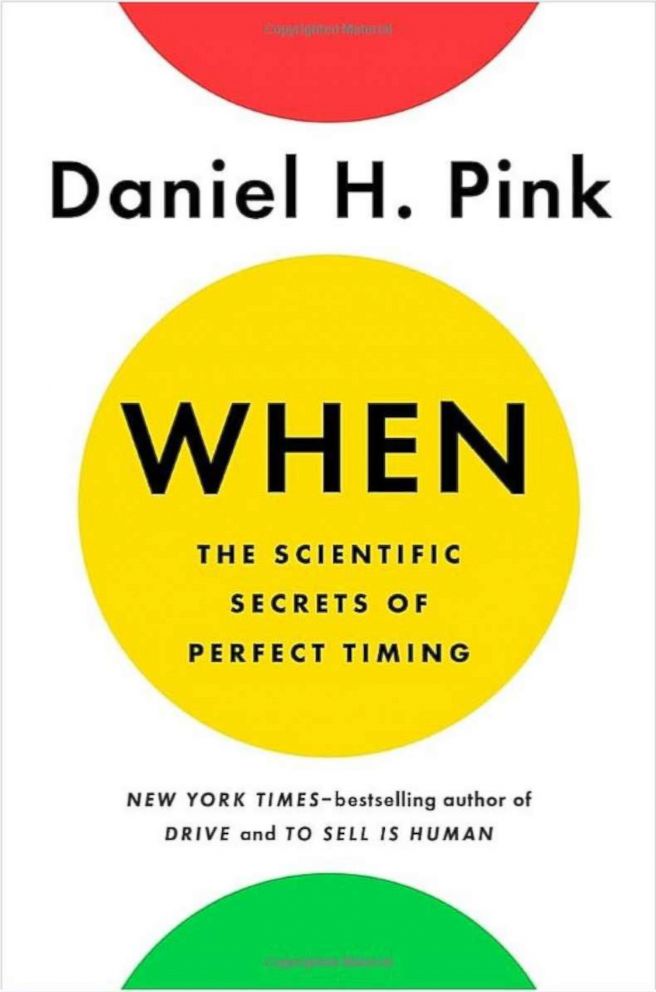 Amazon
The book cover of "When: The Scientific Secrets of Perfect Timing," written by Daniel H. Pink in this undated photo.

No matter your goal, Pink found motivation for exercise also comes when you are facing a life milestone, like the end of a decade.

"When we get to the end of something, even something as arbitrary as a life decade, it tends to energize us," Pink explained. "We kick a little bit harder."