Crystals, once the domain of hippies and mystics, are having a moment.

The gems believed for centuries to have healing powers are showing up in everything from water bottles to designer shoes to beauty products -- and even Kim Kardashian’s crystal-inspired perfume.

A workout studio in New York City, The Class by Taryn Toomey, features clear quartz light features and crystal-lined floors that promise to "clear the energy and renew balance and confidence," according to the studio's website.

Mariah Lyons, a self-described lifelong believer in crystals, gave up her career as a publicist for Jimmy Choo to launch her own line of shoes that feature crystals. 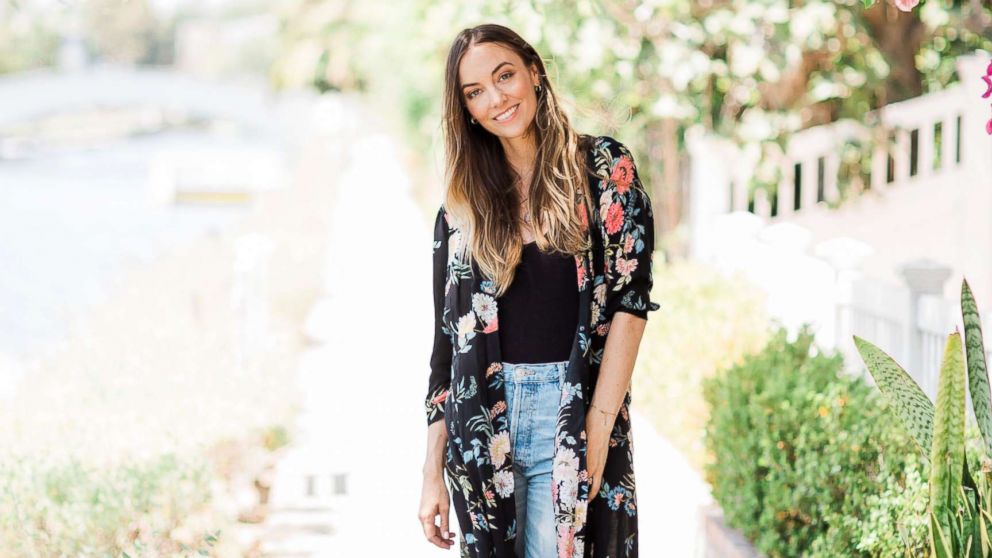 Lyons, of Venice, California, said her company is the first of its kind. She wanted to make shoes with crystals because she was tired of carrying crystals around in her pockets.

"The reaction has been amazing," she said of the line she launched less than a year ago. "I have a lot of customers who are new to crystals and just think the shoes are beautiful. 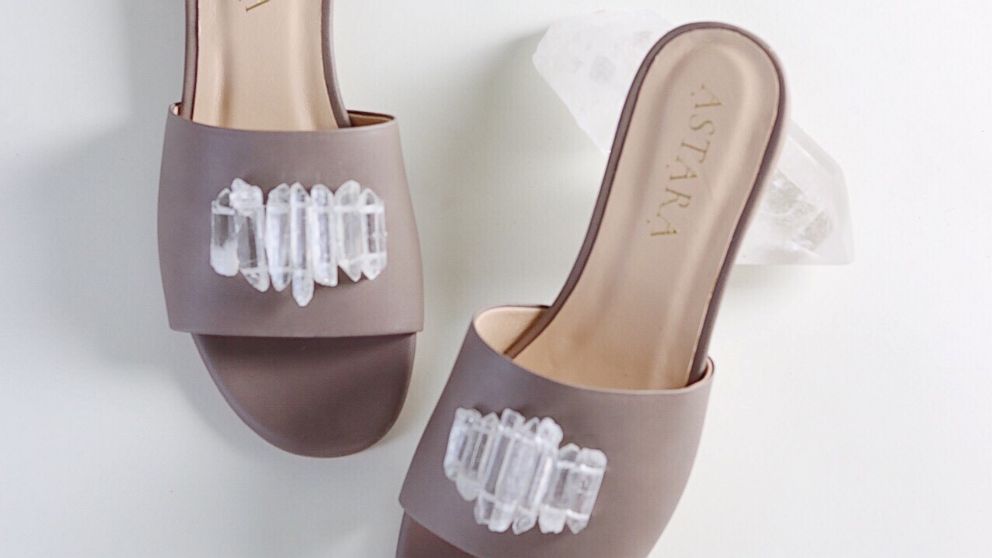 "I wanted to create a modern shoe that is beautifully embellished but has different meanings and qualities that you can grow with," Lyons explained. "Crystals meet you where you are and in what you need in your body to balance your energy."

Jennifer Salness, a Minnesota-based crystal teacher, explained that, as the theory goes, having the energy of the crystals around you, whether on your shoes or in your makeup, helps transfer the vibrations of the stone to you.

"Our bodies remember that energy and the longer we have it around us our bodies can retain that same vibration as the crystal," she said. "I personally love the water bottles and have a couple of them myself. I think because the water gets infused with the crystal energy and then you’re drinking that, it comes into our system."

The crystal infusion into everyday products does not come cheap, however.

Classes at Toomey's studio run $35 per session. Crystal-infused water bottles cost, on average, approximately $100, according to a search on Amazon.

Do crystals come with proof or a placebo effect?

The scientific research that has been done on crystals largely points to a placebo effect with the stones.

"There are no studies that show anything beyond a placebo effect with crystals," said Dr. Stuart Vyse, a psychologist and the author of "Believing in Magic: The Psychology of Superstition." "The theory that is offered behind crystals has no scientific support."

Vyse's advice to consumers interested in crystal-enhanced products on the market is to do their own research.

His concern is for consumers who are "true believers" in crystals and may use those beliefs to guide something serious like their medical treatment.

"I just hope that people keep their wits about them and realize that if they get sick, they should go to the doctor and not to the crystal store," he said. "These crystals are also being marketed to people who have cancer and other serious diseases."

The crystal industry is not heavily regulated, people who promote and sell crystals don't need to be certified. The claims made by companies about their healing powers are not regulated, either, as they are with the drug industry.

"There's a sense of buyer beware," said Vyse. "There’s just too much of it out there for the government or consumer watchdogs group to follow up on it, and it comes into the conflict between free market capitalism and public safety."

Is a placebo effect OK?

Promoters of crystal products say if the placebo effect means someone gets a benefit from a crystal, there is no harm in that.

"There are going to be skeptics, of course, and people think a rock is a rock, but I think if you believe it will have some effect to it, then it will," said Salness, the crystal teacher. "Maybe there is a placebo effect but I’ve seen the results in my life and others."

Colleen McCann transitioned from a fast-paced career as a fashion stylist to a shaman who counsels clients on crystals.

"People may be drawn to crystals because they’re bright and shiny and that’s totally cool if that’s what brings them in," said McCann, also the founder of StyleRituals.com.

"I’ve watched people pick them up and feel something. How do you quantify that?" she said. "Someone just felt something good in their body from holding something, so why wouldn’t they go back for more?"

McCann, a student of crystals for more than a decade, has seen firsthand the evolution of what shamans call stone medicine and social media users call #crystalmagic.

"When I began, it was very much done in silence expect for other spiritual practitioners," she said. "Before you would only find crystals in spiritual stories and I walked into Fred Segal the other day and there was a giant crystal display."

McCann, whose upcoming book "Crystal Rx" will be released in November, described herself as a skeptic who fought the idea of crystals "tooth and nail." 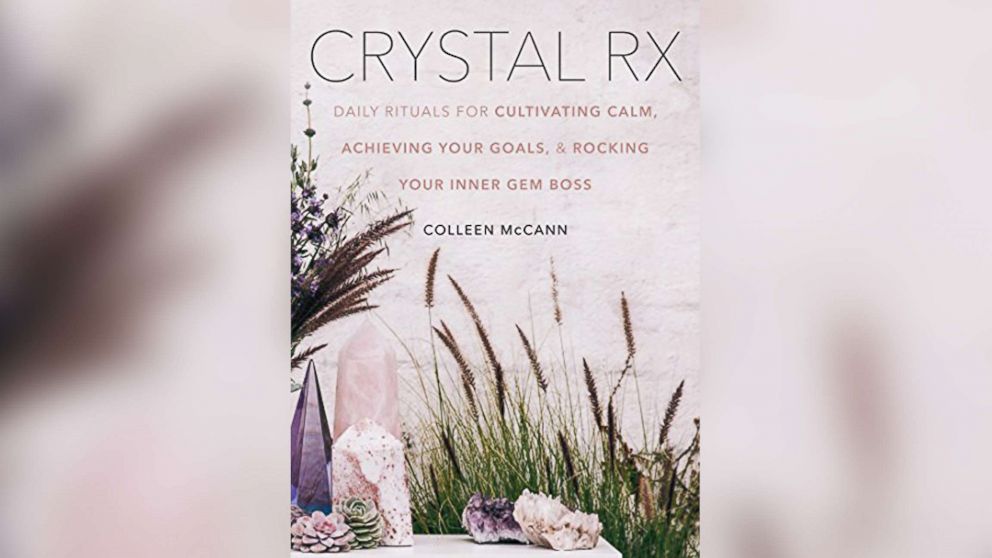 "I had to experience a whole bunch of really mystical things to get on board with this," she said. "What we know is our thoughts, words and actions manifest our reality. If that crystal literally sits there as an FYI to you or from the universe on something you’re working on and you look at it every day and it’s helping you to center your own energy and that’s all it’s doing, okay, that works."

McCann acknowledged the crystal industry is "like the Wild West" now with little to no guidelines or certifications.

Her advice to consumers is the same as Syke's: Do your research.

"Figure out, 'Who is this company and where did they get their crystal?'" she said. "You want to get it from someone who knows about crystals and has done their training and due diligence."

McCann also does not see the crystal industry's move into everyday products slowing down any time soon.

"I think the reason people are coming back for it because it’s working [for them]," she said. "It’s literally that simple."