Nearly one out of every eight couples in the U.S. are affected by infertility. For National Infertility Awareness Week, “GMA” is spotlighting infertility stories to help demystify and destigmatize all paths to parenthood.

Like many women, Anna Peña of Des Moines, Iowa, thought that because she conceived relatively easily and had a smooth delivery of a healthy baby girl she and her husband would be able to do the same when it came to a second child.

Instead, Peña and her husband have spent the past three years trying to have a second child. Their daughter is 4 years old.

"We’ve been on this journey in our family, looking at potential causes and meeting with specialists and having testing done as time has progressed," said Peña, now 35, who has learned she has endometriosis and polycystic ovary syndrome (PCOS), two conditions that can complicate becoming pregnant. 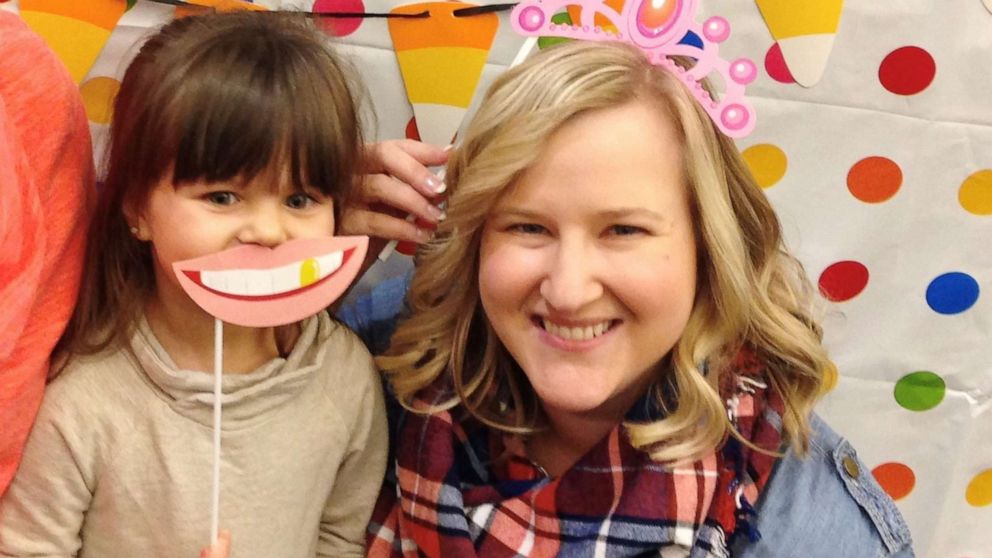 "Now we’re having to look at different fertility options through the specialist or other ways of growing our family, like foster care and adoption, or deciding if our family of three is the right size for our family," she said.

Around 30 percent of infertility cases are classified as secondary infertility, or the inability to become pregnant or carry a baby to term after previously giving birth to a baby.

(MORE: The crippling cost of infertility: Here's what you need to know about resources, organizations that help)
Editor's Picks

A significant cause of secondary infertility is a woman's age, experts say. Due to logistics alone, if a woman is pregnant for nine months, breastfeeds and then wants to take some time before getting pregnant again, that could be two to three years later, which means the woman's reproductive system, particularly her eggs, are also that much older.

"Time makes a huge difference when you’re a women," said Dr. Jaime Knopman, a board-certified reproductive endocrinologist with CCRM Fertility in New York City. "And male age is not insignificant too. We recognize that sperm quality and quantity decrease with age as well, though not as severely as with females and eggs."

Sometimes it is not age but another underlying cause that brings about secondary infertility, whether it's a problem with the woman's eggs, fallopian tubes or uterus or the male's sperm.

Emily Hertz, an Atlanta-based lifestyle influencer and founder of Born on Fifth, gave birth to her daughter, Elle, at age 29. Three years later, at age 32 -- a few years below the age that women's eggs are thought to sharply decrease -- Hertz is preparing to undergo her second cycle of in vitro fertilization (IVF) after a miscarriage.

"I don’t think I had really heard of secondary infertility," Hertz said. "I think in retrospect I might have started trying sooner for a second child, but hindsight is 20/20. I felt like I was enjoying time with my child and our family felt like it was where it needed to be."

In addition to age, another factor that can lead to secondary infertility is complications from a previous delivery, for instance, if there is scarring in the uterus after a C-section or if pieces of placenta are retained in the uterus after the delivery. Those factors would hamper a woman's ability to carry a pregnancy, according to Knopman.

The solutions for secondary infertility are the same as those for primary infertility, or the inability to become pregnant with a first child. They include everything from IVF to embryo adoption and gestational surrogacy.

The difference, both patients and doctors say, is that secondary infertility is not talked about enough and also comes with some guilt.

Peña, of Iowa, said that until recently guilt kept her from talking about her infertility issues even though she is surrounded by a close network of moms, many of whom have faced miscarriages and other difficulties with secondary infertility.

"I thought I am lucky to have a beautiful daughter who is healthy and I'm lucky that my second infertility is what it is," she said, explaining that her turning point came when she spoke with a friend who recently had a miscarriage.

"Her response was that her experience is different but that doesn’t diminish my experience," Peña said. "I can share my pain and my struggle and the hurt that I feel in this experience and the challenges for our family, but it doesn’t take away from others’ experiences."

Secondary infertility can also bring about feelings of frustration and a loss of control for patients, according to Dr. Alan Copperman, director of the division of reproductive endocrinology at the Icahn School of Medicine at Mount Sinai in New York City.

There is still shame and blame and secrecy around it

"There is still shame and blame and secrecy around it," he said. "It is incredibly common to see secondary infertility and I think will continue to be as the population ages for who gets pregnant for a first time."

"As we raise awareness that something can be done I think people are starting to have conversations and go to their doctor," Copperman added. "It's imperative that a patient or couple who wants to get pregnant and isn’t easily conceiving gets a full evaluation."

Infertility is defined as the inability to become pregnant after one year of having regular sexual intercourse without the use of birth control, according to the American College of Obstetricians and Gynecologists. The time span is shortened to six months without becoming pregnant for women age 35 and older.

Those same time spans apply to secondary infertility, according to both Copperman and Knopman, unless there is an outlying condition, like a difficult labor or irregular periods. In the case of the latter two, a woman should see her doctor earlier in the process.

People who know they want more than one child can also take proactive steps to avoid secondary infertility.

A woman who is in her late 30s could, for instance, stop breastfeeding her child before the age of 1 in order to start the process earlier of trying to become pregnant again, according to Knopman.

Patients are also utilizing embryo banking to preserve their fertility at their current age.

People have to know that they’re not alone

"We’re doing family planning almost prospectively where couples come in and say, 'We’re 35 and just got married and want three children," Knopman said. "Patients will often do IVF then and keep [their embryos] frozen for future use."

The embryo freezing process starts like IVF, with a woman taking fertility medications and having her eggs harvested from her body. The eggs are then placed with sperm to create embryos, which can be stored for future use.

"It doesn’t mean that you’re going to need to use those embryos," said Knopman. "For couples who have children, it’s protective. Knowing you can get pregnant and carry to term, we know your body can do it if given a good quality embryo."

Copperman advises patients to also follow the same tenets of good health -- from not smoking to getting exercise and eating well -- that they did when preparing for and expecting their previous child or children.

"I think patients often think that their body is going to know how to get pregnant again because they did it the first time," he said. "People have to know that they’re not alone and they can be helped and it’s not their fault."

Read more here about infertility, from self-care to treatment options to how to pay for it all.