The month of March marks National Endometriosis Awareness Month, a time to raise awareness of endometriosis, one of the most common gynecological diseases, according to the National Institutes of Health (NIH).

Shelley Hopper, a 31-year-old single mother, said she spent two years suffering from debilitating pain until she found a doctor who "believed me."

Hopper, of Roseville, California, was diagnosed with endometriosis, a disease that researchers believe affects more than six million women in the U.S. and as many as 200 million women worldwide.

“I cried tears of relief because he validated I wasn’t crazy and he validated that endometriosis pain is real,” Hopper recalled. “And when he looked back in my files, I had no documentation [of my pain] so he said it was clear [past doctors] thought it was a joke.” 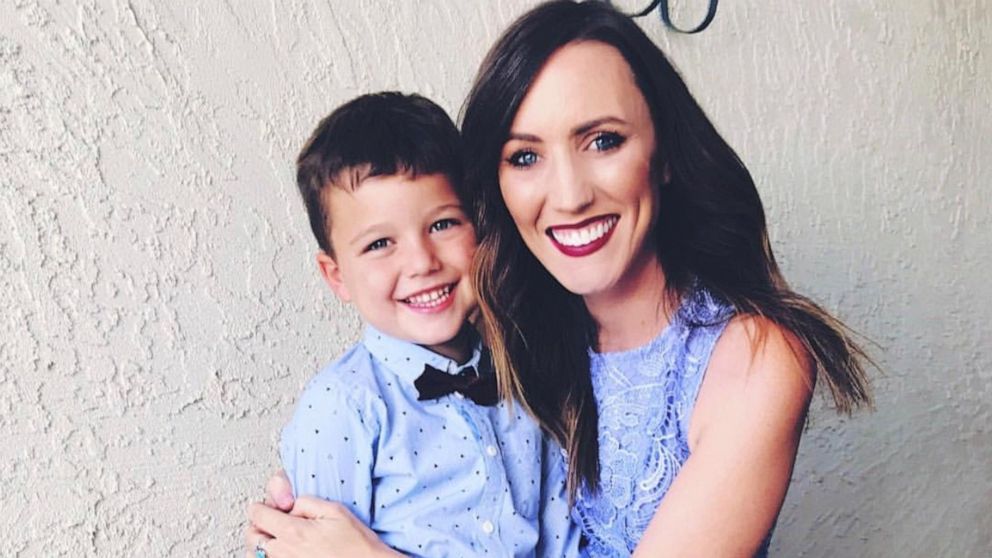 Many women wait as long as 10 years for a diagnosis, according to the Endometriosis Foundation of America, a non-profit organization co-founded by actress Padma Lakshmi.

Lakshmi first began experiencing pain with her period at adolescence but was not diagnosed with endometriosis until she was 36 years old.

“Nobody wants to talk about this stuff,” Lakshmi said in a report on the foundation’s website. “It’s an incredibly private subject for most women and even more so for a teenage girl. If I had been diagnosed at 16, or 26 or even 32, I would have gained valuable time."

Lakshmi's doctor, Dr. Tamer Seckin, with whom she co-founded the foundation, said lack of knowledge among doctors, a social stigma around periods and the fact there is no single diagnostic test all contribute to the often long road to an endometriosis diagnosis.

(MORE: Mom of 5 donates uterus to another woman after years of infertility setbacks)

"[Endometriosis] is a disease that’s associated with menstruation and there are taboos and stigmas around it and it’s very personal," he said. "The problem is also the disease because it’s not your typical disease. There is no test, there’s no biomarker. Doctors will easily misdiagnose."

Endometriosis strikes when "tissue similar to the lining of the uterus grows outside of the uterus," and onto other areas of the body, like the ovaries, fallopian tubes, vagina and cervix, according to the U.S. Office on Women's Health.

The cause of endometriosis is unknown but its symptoms are more well-known: Painful menstrual cramps, chronic lower back and pelvis pain, pain during and after sex, bleeding or spotting between periods and digestive problems like diarrhea, constipation, bloating and nausea. These symptoms are most often experienced during menstruation.

Endometriosis also makes it harder for women to get pregnant.

Any girl or woman who has menstrual periods is vulnerable to endometriosis. It is more commonly diagnosed, however, in women in their 30s and 40s, according to the American College of Obstetricians and Gynecologists (ACOG).

Laparoscopic surgery is often the definitive way that endometriosis is diagnosed.

There is no known cure for endometriosis. There are several treatment options, including birth control and other hormonal treatments, and a medication, Orilissa, specifically studied and marketed for the treatment of endometriosis pain.

Another treatment option is laparoscopic excision surgery, where doctors remove scar tissue and growths, according to Seckin.

What women need to know

Hopper recalls emailing and visiting a doctor's office every week during her two-year journey to an endometriosis diagnosis. She said she was determined to get answers.

That is not to say though that women who take years to be diagnosed are not advocating for themselves at every point in the journey. It's quite the opposite.

"Today’s women are exceptionally educated on this," said Seckin.

Seckin's advice for female patients is to track their symptoms diligently and to note, in particular, where the symptoms fall in relation to their menstrual cycle.

Symptoms of endometriosis, like cramping and digestive issues, are often misdiagnosed as Crohn's disease or IBS when doctors don't ask if the pain is associated with the patient's period, Seckin noted.

Women should also know that they should not be suffering in silence, according to Seckin. He shared six symptoms that women should watch for -- not because they mean a woman automatically has endometriosis but because women should not have to live with pain.

These symptoms are most commonly found during menstruation, when the tissue is the most inflamed.

Most importantly, according to Seckin, is to find a doctor whom you trust.

"If women tell their doctors [their symptoms] and their doctors’ eyes don’t lock on them, find another doctor," he said. "There are doctors who are interested in endometriosis."

How things are starting to change for women

Noemie Elhadad, a professor of biomedical informatics at Columbia University, was diagnosed with endometriosis at age 14. She is now the creator of an app, Phendo, that gives woman a tool to track their endometriosis symptoms, treatments and self-management strategies.

The data collected by the app is being used in a research study that Elhadad and her team hope will deliver results to patients faster. While most research studies attract maybe hundreds of participants, the Phendo app has attracted 8,000 users in the two years since its launch.

☀️DAY VS. MOMENT💫#PhendoFAQ What's the difference?
Day: Only track once per day! Track how your day was, self-management, etc.
Moment: Track as many times as you want! Track pain, bleeding, mood, etc. pic.twitter.com/kMsJhlboQN

"There are not a lot of research funds available for endometriosis research in the U.S.," said Elhadad. "It felt like we needed to think about it in a new way and collect new data to really look at it the way patients experience it rather than in a surgical or molecular way."

Elhadad believes the problem with endometriosis diagnosis and treatment starts at medical school, where she says, historically, the women's disease was not extensively covered..

Hopper recalled an OBGYN saying to her after her endometriosis diagnosis, "‘Shelley I don’t really know how to help you. We had like a chapter on this in medical school."

Patients like Hopper, who has writes on her blog about her experience with endometriosis, along with celebrities like Padma Lakshmi and Lena Dunham, another endometriosis sufferer, are starting to turn the page by forcing doctors to learn about the disease.

"If it wasn’t for the celebrities, this disease would not be on the front pages," said Seckin. "And the power of the Internet and social media is incredible. Facts are easy to travel and women connect on these things very fast."

Seckin said he believes there is a new generation of doctors who know more about endometriosis and that their work will direct the prevalence of the disease for the next generations of women.

Technology is also starting to catch up with the disease, where lesions as small as one-tenth of an inch can wreak havoc on a woman's body but may not be detected by imaging technology. There is now "incredible endoscopic technology," according to Seckin, that can help make endometriosis easier to detect and treat.

Society is catching up too -- a documentary about menstruation even won an Oscar this year. But it is still taboo for many women to talk about their periods and their pain.

"I think there’s a lot of censorship going on where women feel like what’s the point, or I can’t talk about pain during sex or a shooting pain in my vagina," said Elhadad. "But if they don’t talk about it and the doctors don’t ask, then it’s not discussed."

Editor's note: This report was originally published on March 28, 2019.