Rayka Zehtabchi may have made history with her acceptance speech for best documentary short Sunday night at the 91st annual Academy Awards.

How? By talking about menstruation.

"I'm not crying because I'm on my period or anything," Zehtabchi, who made the film "Period. End of Sentence.," said. "I can’t believe a film about menstruation just won an Oscar.”

Zehtabchi, 25, led an unlikely crew in creating a documentary about women in rural India fighting for menstrual equality that grew from a high school project to the Oscars. 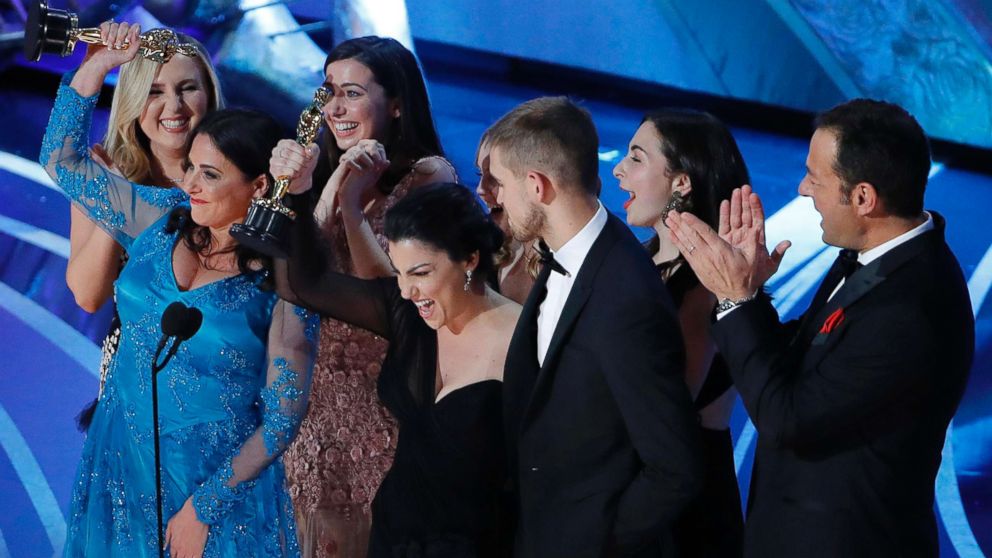 The idea for the documentary began after a group of female students at Oakwood High School in Los Angeles set out to find a way to keep young girls in India in school after they started their periods.

In India, 80 percent of girls face restrictions during their periods and adolescent girls miss school an average of five days per month when they are menstruating, data from nonprofits and groups like the United Nations shows.

At least 500 million women and girls globally lack facilities for managing their periods, according to a 2015 report from the World Health Organization (WHO) and UNICEF.

The Los Angeles high school students, led by teacher Melissa Berton, held bake sales and launched Kickstarter campaigns to supply schools in India with pad machines, locally-manufactured machines that can produce sanitary pads for an entire rural village, according to Netflix, where the documentary is now available.

Around two years ago, they brought on Zehtabchi, at the time a recent graduate of USC's film school, to produce a documentary they hoped would help raise money for the pad machines and put a spotlight on menstruation discrimination. It costs $11,000 for each machine and one year's worth of supplies, according to Zehtabchi.

The Oakwood students shared data showing that if girls in India attended only one additional year of secondary school, their lifetime wages could increase by up to 20 percent.

(MORE: Meghan Markle gives new voice to issue of menstrual hygiene: Here is why you should care)

"This whole project started in an English office with the dream of an English teacher and her students and parents who got involved," Zehtabchi told "Good Morning America" Monday. "They had this vision. We put our hearts and minds together, and then you bring more resources in, and you realize the sky is the limit."

Zehtabchi, her boyfriend and co-producer Sam Davis, Berton and the four students who joined them on the stage Sunday have spent the past year showing the documentary at film festivals around the world. There was no awkwardness, then, for Zehtabchi when she discussed menstruation in front of Hollywood's biggest stars and a global audience.

"It was just really organic and exciting to be able to share that on such a huge stage," she said. "There are no nerves at this point when it comes to that topic because all of us who have been working on the project have been the face of the movement."

When Berton spoke alongside Zehtabchi in accepting the Oscar, she told the crowd, "I share this with teachers and with students around the world. A period should end a sentence -- not a girl’s education!"

The "Period. End of Sentence." team has already been able to install two more pad machines in neighboring villages in India thanks to the attention the documentary received before the Oscars, according to Zehtabchi.

With an Oscar win under their belt, they hope for even more.

"We’ll see how many [pad machines] we can raise money for after the Oscars," Zehtabchi said. "I still can't believe it."

Zehtabchi gave "GMA" a behind the scenes look at her first Oscars experience. Take a look. 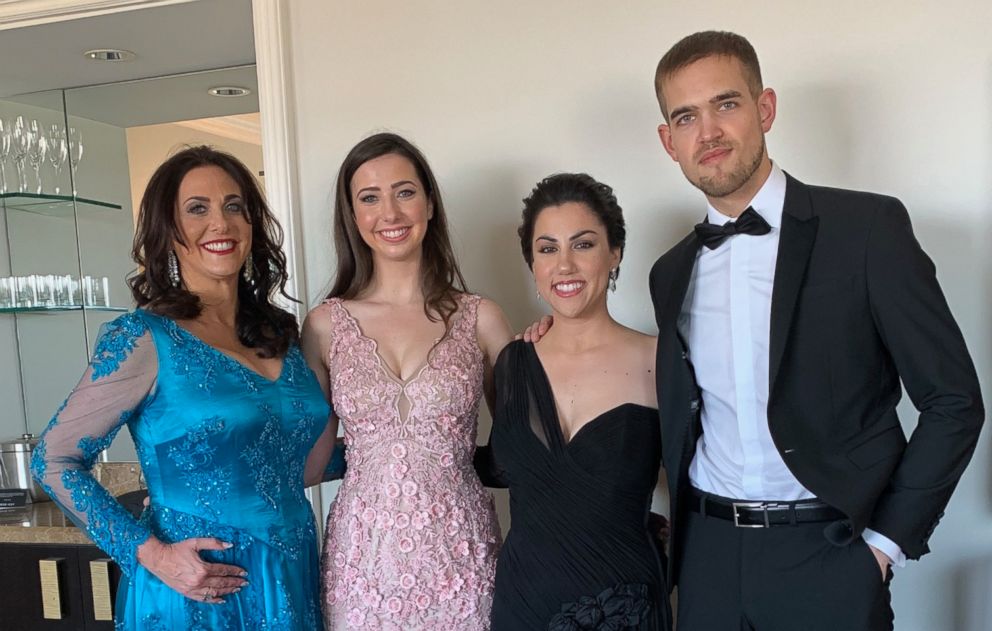 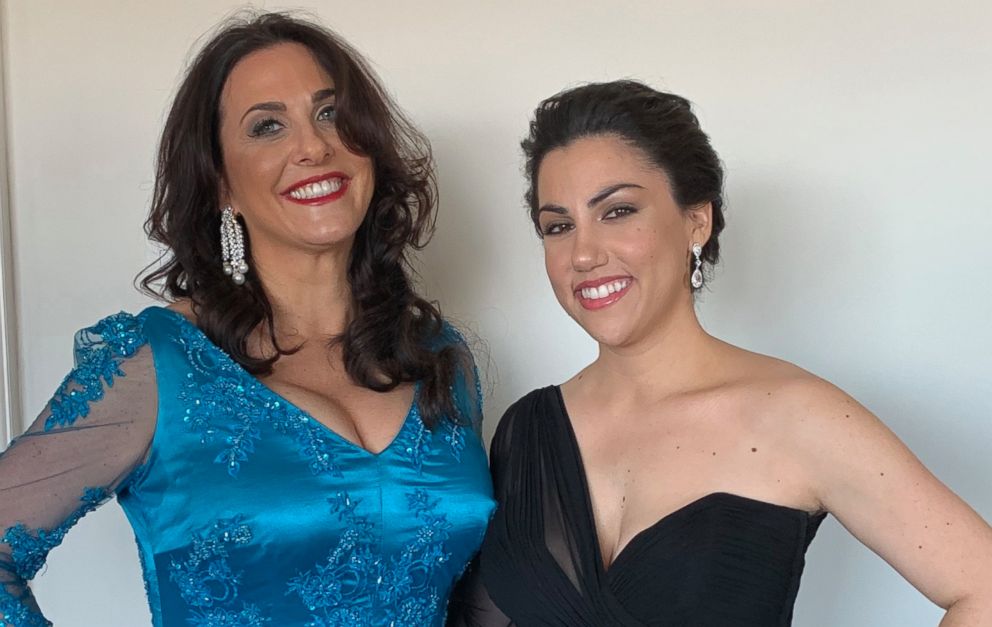 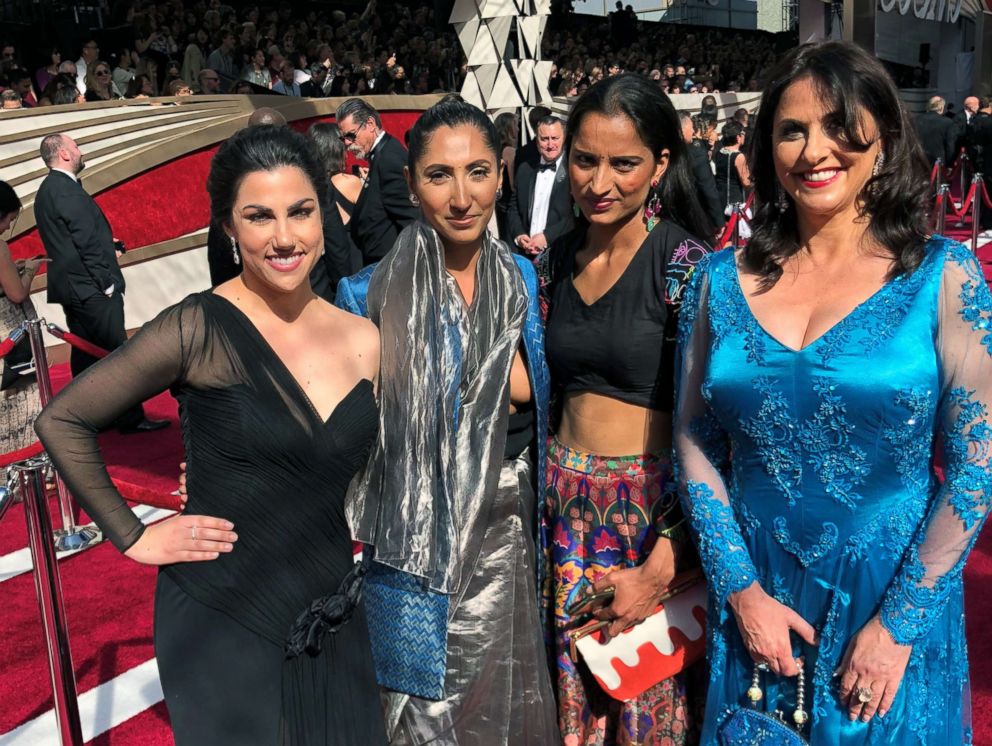 Netflix
The "Period. End of Sentence" team poses on the red carpet at the 91st annual Academy Awards. 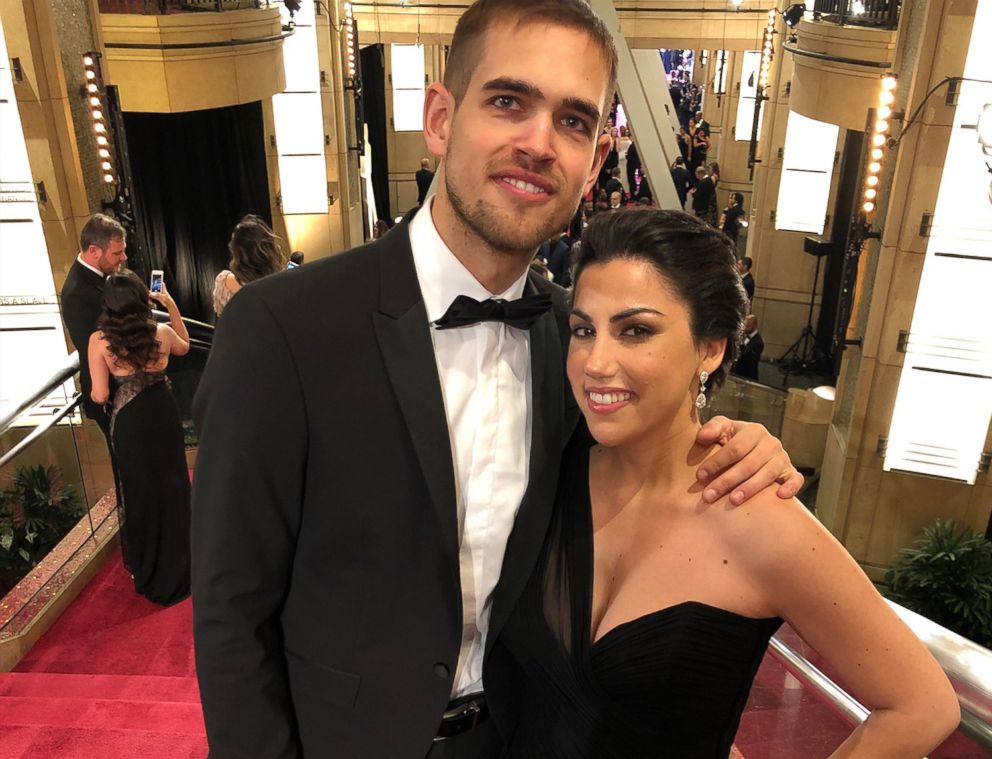 Netflix
Rayka Zehtabchi and Sam Davis pose on the steps on the Dolby Theatre before entering the Oscars ceremony. 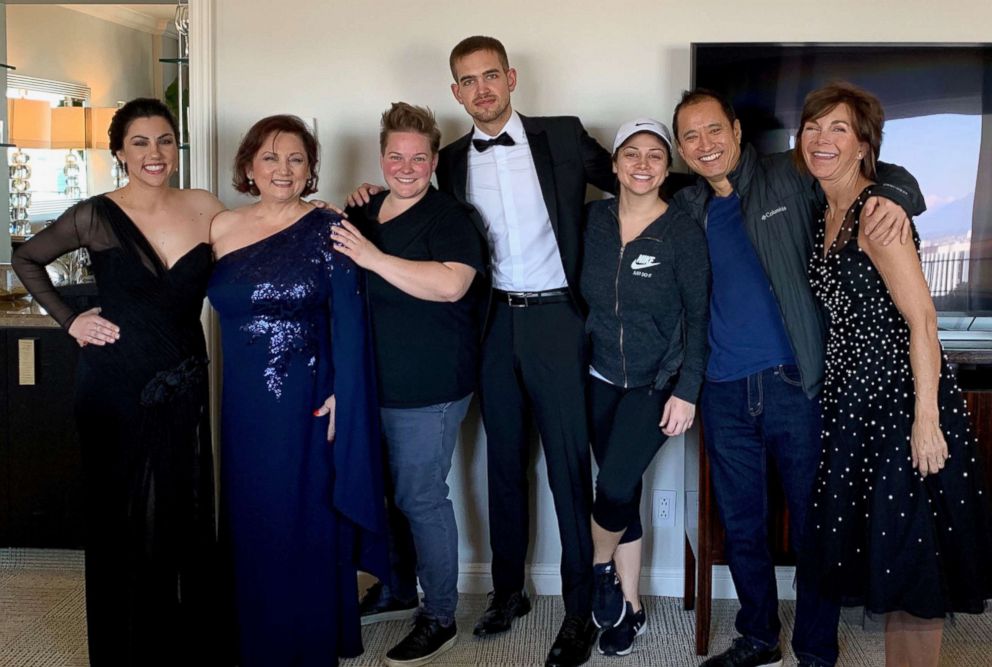 Netflix
Rayka Zehtabchi's family gathers in her hotel room for a quick family photo before the Oscars. 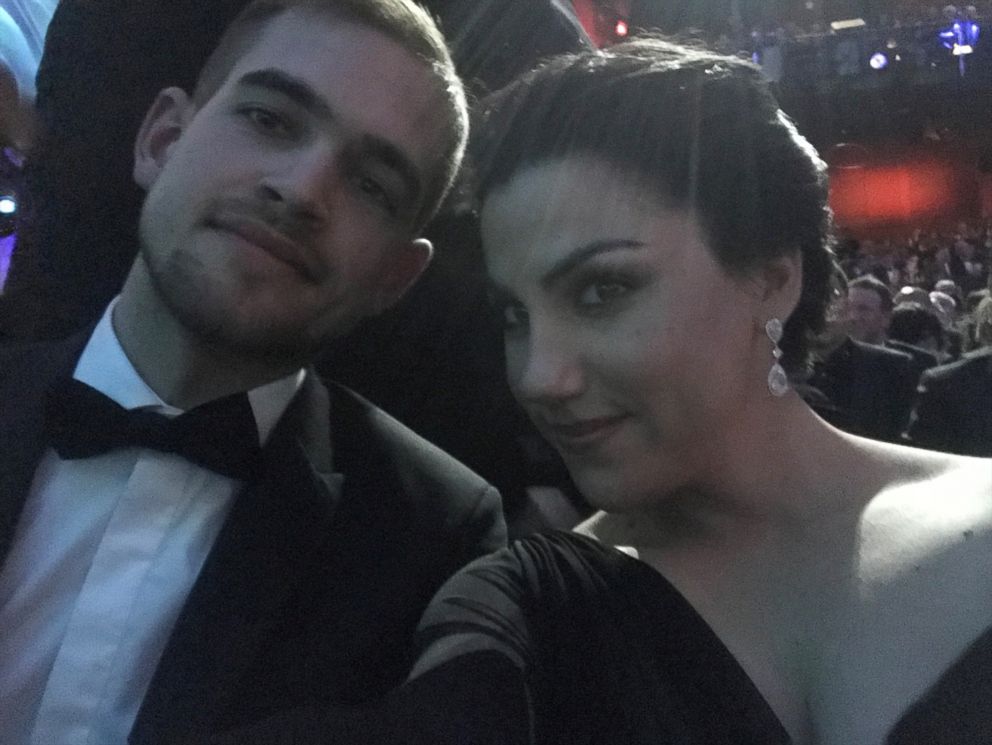 Netflix
Rayka Zehtabchi and Sam Davis pose for a selfie inside the Dolby Theatre. 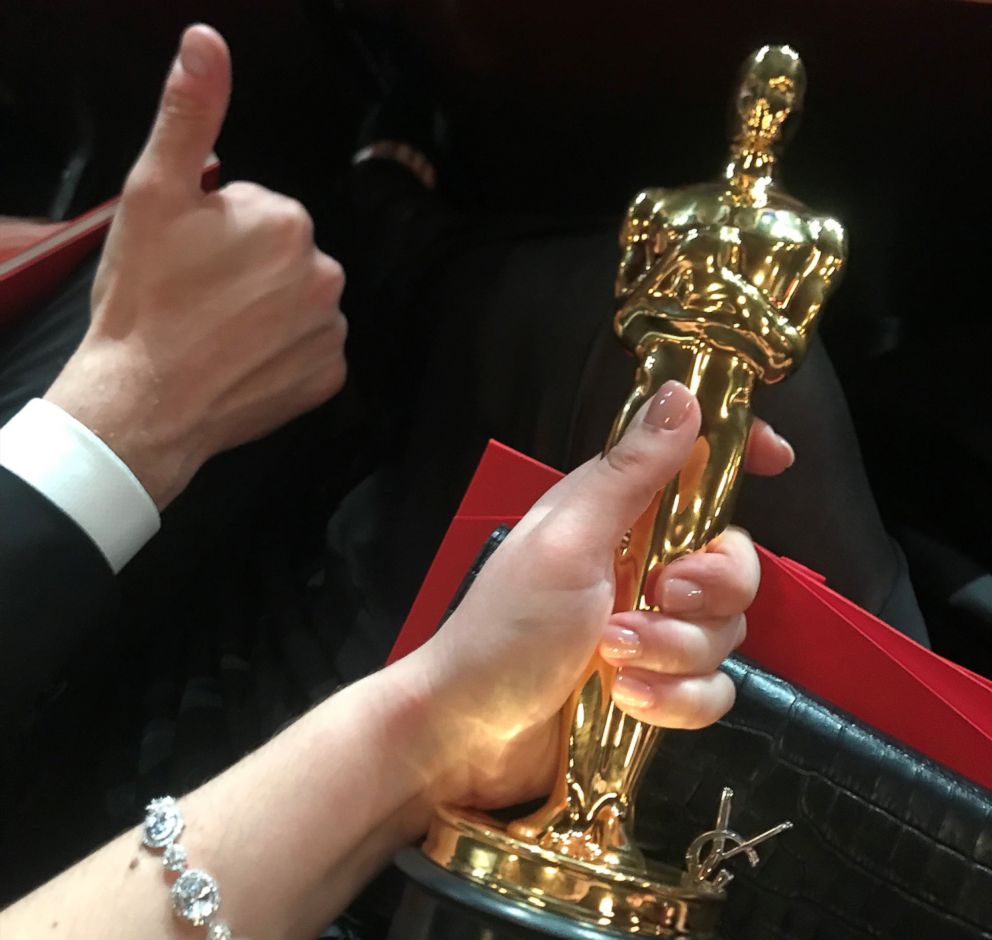 Netflix
Rayka Zehtabchi and Sam Davis hold their Oscar inside the Dolby Theatre.