Children ages 8 and older should be screened by physicians for anxiety, according to new guidelines published Tuesday.

The new recommendations from the U.S. Preventive Services Task Force apply to children who are not showing recognized symptoms of anxiety or depression and who do not have a diagnosed mental health condition.

The call for screenings marks a first for the task force, an independent group of medical experts whose views carry enormous weight in the medical community. Its recommendations often change the way doctors practice medicine.

The task force also re-emphasized in its recommendations that children ages 12 and older should also be screened for depression.

"For something to be recommended as a screening test, the condition needs to be common, it needs to be treatable, and the screening test needs to be inexpensive and easy to implement," said ABC News chief medical correspondent Dr. Jennifer Ashton, who is not a task force member. "This checks all those boxes." 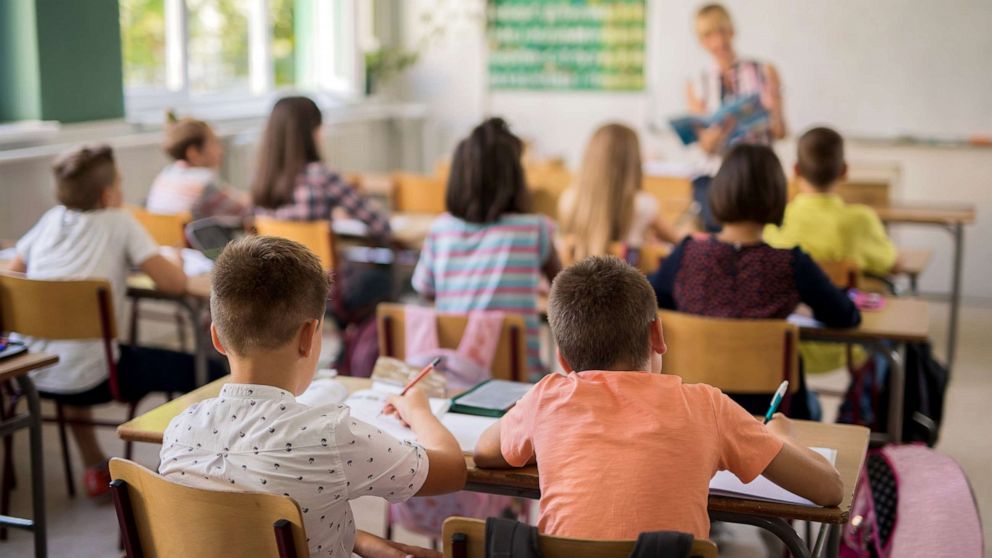 Skynesher/Getty Images
Children are taught in a classroom at school.

According to the Centers for Disease Control and Prevention, the number of children over age 6 ever having been diagnosed with anxiety or depression increased from 5.4% in 2003 to 8.4% in 2012.

Editor's Picks
MORE: New guidelines call for doctors to screen for anxiety: Why it matters, especially for women

"Mental health illnesses are on the rise, particularly in teens and younger children, and we have heard and talked about it so many times, it deserves attention," said Ashton. "There is a growing mental health crisis in this age group."

The task force said it was not recommending anxiety or depression screenings for kids ages 7 and under because there is not enough evidence to demonstrate the benefits and harms of screenings for that age group.

Anxiety is the feeling evoked when someone experiences fear of something bad happening. It can lead to avoidance, panic attacks, excessive worrying or other symptoms. Anyone can have anxiety at times, but when anxiety symptoms become overwhelming to the point that they consistently interfere with daily life, it can be an anxiety disorder, according to the National Institute of Mental Health.

Like most mental health conditions, anxiety falls on a spectrum, with differing degrees of severity.

In children, symptoms of anxiety may include interruptions in sleeping patterns or difficulty sleeping and excessive emotions in terms of anger, irritability and clingy behaviors. Kids may also demonstrate physical symptoms like an upset stomach or a headache, according to Ashton. 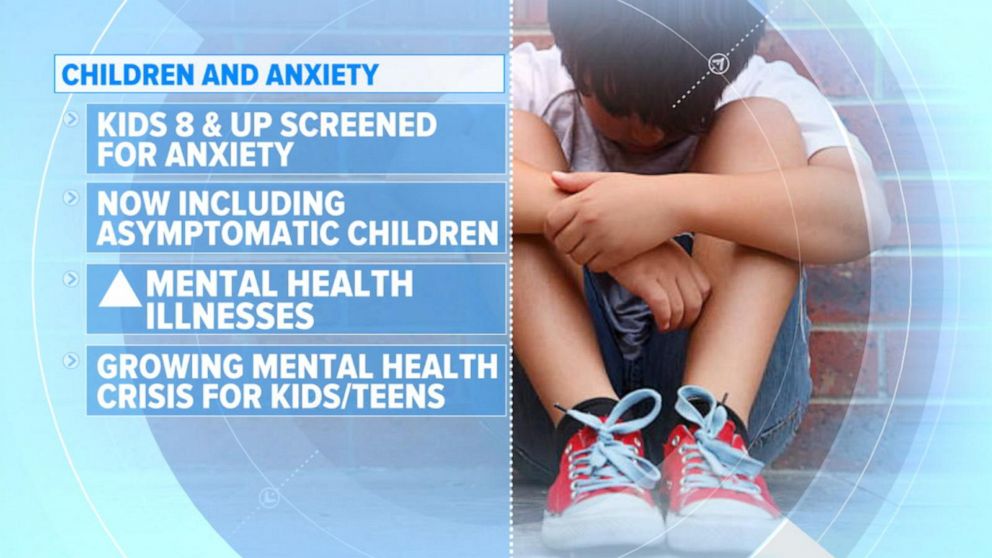 Treatment for anxiety is available and may include things like child therapy and family therapy. Maintaining a healthy lifestyle by eating well, being physically active and getting adequate sleep can also help the symptoms of anxiety, according to the CDC.

MORE: Adam Lambert opens up about his struggle with anxiety

Ashton said the most important thing for parents is to be in touch with their child's health care provider so they can get help as needed.

"It's not your job to be a doctor and diagnose your child," she said. "Talk to your child's pediatrician or health care provider."