More than 6 million women of childbearing age in the United States have difficulty getting pregnant or staying pregnant, yet infertility, and specifically the emotional and physical pain that comes with it, is still a taboo topic, even among some women.

L'Oreal Thompson Payton, a 33-year-old from Chicago, said she never heard discussions about infertility and infertility treatments when she was growing up.

Even when Payton, a writer, found herself in her early 30s, married, unable to conceive and turning to in-vitro fertilization, she said she found few people talking honestly about the reality of what she calls "the messy middle" -- that time between starting infertility treatments and, if it all goes according to plan, having a baby.

"IVF is a full-time job and it can wreck you physically, emotionally, mentally," Payton told "Good Morning America." "You're just putting your body under a lot of physical stress and emotional stress as well, because you're doing this with the hope that you're going to get the result and the outcome that you want, and as we've learned firsthand, that's not always the case."

As a Black woman, Payton said she felt a particular stigma around help with getting pregnant, and then opening up about the toll it took on her body. Black women who have never given birth are almost twice as likely than white women to self-report infertility, but they seek medical help for it half as much, according to data from the U.S. Centers for Disease Control and Prevention.

Infertility is defined as the inability to become pregnant after one year of having regular sexual intercourse without the use of birth control, according to the American College of Obstetricians and Gynecologists. The time span is shortened to six months without becoming pregnant for women age 35 and older.

"Because of the shame and stigma surrounding [infertility], you don't hear a lot about it," said Payton. "And so it does sort of put the onus on the person going through it to share with their network this is what's happening, and this is what I need, and that requires a lot of vulnerability."

In IVF, the most well-known treatment for infertility, a woman's eggs and a man's sperm are combined in a laboratory to create an embryo, or embryos. The sperm may come from the woman's partner or a donor.

Five to 10 days after the embryo is created, it is examined by an embryologist to determine its viability. If the embryo is viable, it is transferred into the woman's uterus through her cervix.

MORE: Chrissy Teigen opens up about her struggle with infertility

And even before those steps, women have to undergo ultrasounds and blood work and take injectable and oral medications to stimulate the ovaries.

That is the "messy middle" that Payton said she was unprepared for, especially the side effects that took a toll on her body.

"Undergoing IVF is basically surrendering your body to the medication, to the doctors, to the appointments and the protocol," she said. "You are no longer in control."

GoodMorningAmerica.com is tackling a different taboo women's health topic each month, breaking down stigmas on everything from mental health to infertility, STDs, orgasms and alcoholism.

Payton said she experienced scars, bruising and bloating while taking the daily hormone injections, describing it all as an "ugly process."

"When we were going through our first egg retrieval, I felt super bloated and heavy, like my pants weren't fitting and leggings were my best friends," she said. "The symptoms are very similar to pregnancy, and also similar to PMS, so it can really mess with you. Things are sensitive and your hormones are out of whack." 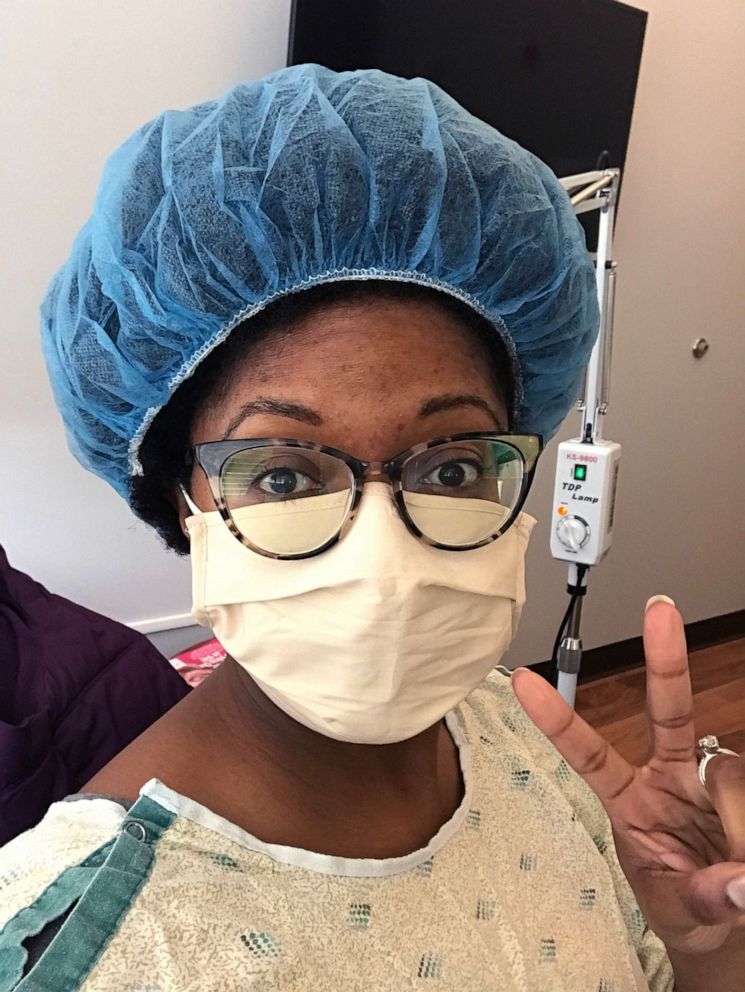 When undergoing IVF, a woman's ovaries grow from the size of approximately a walnut to the size of an orange, according to Dr. Meggie Smith, a Nashville, Tennessee-based fertility specialist.

"Estrogen causes us to retain water, so that's one reason why you feel really bloated, and then the size of the ovaries is so much bigger than they normally are," she said. "A lot of patients describe pelvic pressure feeling bloated and uncomfortable, and that's why that's happening."

Taking multiple shots a day for several weeks, which happens during both the IVF and egg-freezing processes, is a common source of pain for women as well, according to Smith.

"A lot of women also talk about pain where they've been giving [the injections]," she said. "[There may be] bruising, depending on how easily you bruise." 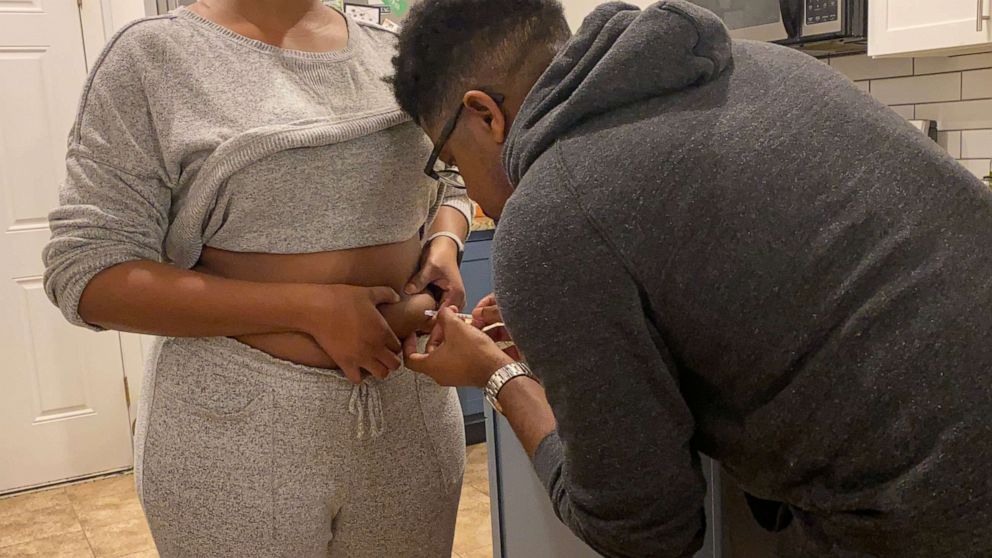 Smith noted that the physical pain women feel during infertility treatments can be made even more difficult by the fact that the pain is not something visible, like a broken arm, for example, or something that all women feel free to talk about.

"Infertility has been a taboo topic for so long," she said. "Most people don't view infertility as a disease."

"There's still a lot of shame, just because we all think that getting married and having children is something [women] are supposed to do. We're supposed to bear children," Smith added. "The idea that may not be a woman's will at all times is kind of a relatively new concept, and the idea that being able to have children is not easy for everybody is also kind of a new concept that people are starting to wrap their heads around." 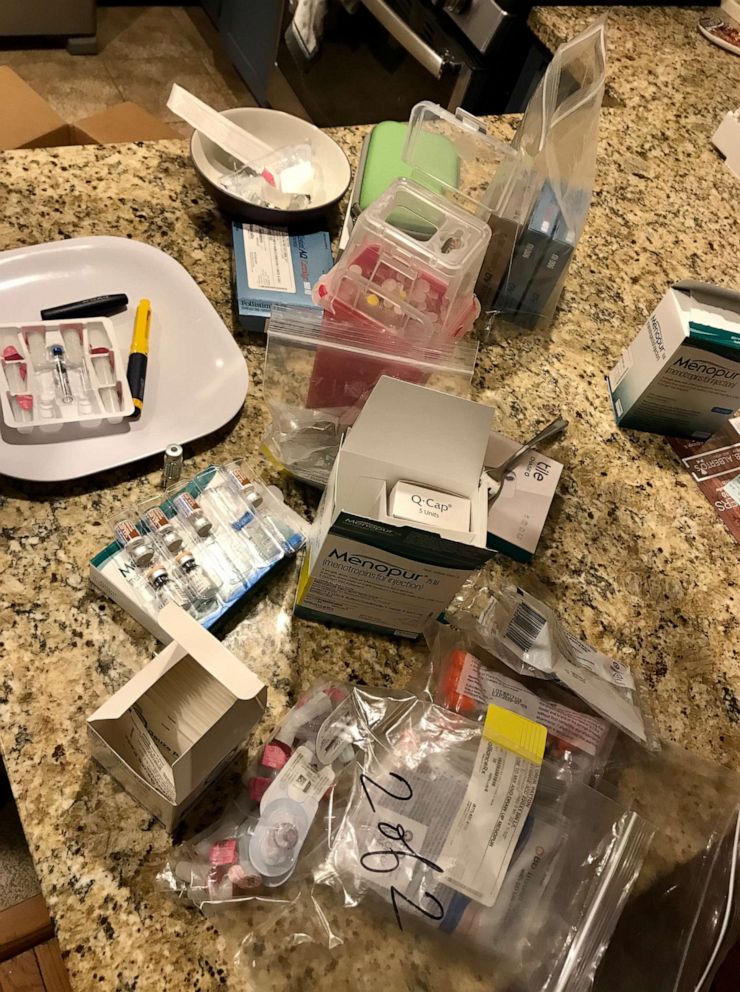 The idea for women that their body is not easily doing what they believe it should be doing, getting pregnant, can also turn infertility into a hidden, emotional struggle for women.

"For so much of our lives, especially in our 20s, and maybe even our 30s, we're trying to not get pregnant, and then when we flip the switch, it's a lot harder, I think, than people realize," said Smith. "I think a lot of time women don't realize this as a disease, and they think it's something they're doing wrong, and for that reason, they don't want to talk about it as much."

Infertility is associated with high rates of "clinically significant symptoms of depression and anxiety, suicidal tendencies, and a strong conceptualization of grief," according to the World Health Organization.

"Therapy has been such a help as well with the mental and emotional side of it," Payton said of how she's coped with her still ongoing infertility journey. "I don't know what I would do without it."

Smith said she also encourages her patients to speak with therapists and even, more specifically, reproductive psychiatrists and psychologists, as they go through infertility treatments. 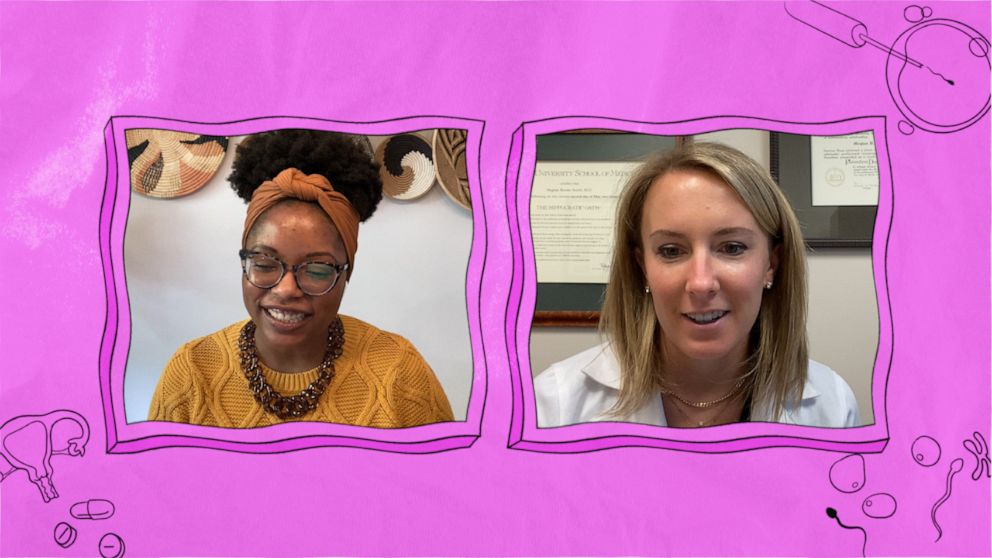 "There are so many highs and so many lows and it can even happen within the same day, so it's a huge emotional roller coaster," said Smith. "I often say it's a little bit of a depression induction, because there's so many expectations that we have, that either are met or not met, and so you're constantly having to readjust your own expectations to manage all the emotions that come along with trying to have a baby."

Women who are looking into or undergoing infertility treatments should make sure they have a doctor they feel comfortable with and one with whom they can have open and honest conversations, according to Smith.

Those types of open and honest conversations -- among doctors and patients, couples, friends, parents and children -- are what will continue to knock down the stigma around infertility, noted Smith.

"I think people such as yourself, who are talking so openly about their stories is one big way that we're going to do this," Smith said to Payton, who writes about her infertility journey on her blog and on social media. "The more women hear about other women struggling to have a baby, I think it will open up more conversations where more people feel comfortable sharing."

"The more we talk about [infertility], that can make a huge difference in normalizing what is so common," she said.

Editor's note: This report was originally published on April 23, 2021.