Losing weight can be hard and confusing, but a new study has found an easy way to help.

Adding just one hour or more of sleep a night can help boost weight loss, according to the study published Monday in the journal JAMA Internal Medicine.

Participants in the study who underwent a "sleep extension" program for two weeks, sleeping about one hour longer per night, took in about 150 fewer calories per day, which, over the course of the two weeks, averaged a weight loss of nearly two pounds.

Prior to the "sleep extension" program, the participants slept less than 6.5 hours per night, according to the study, which was led by researchers at the University of Chicago and the University of Wisconsin-Madison.

Over a three-year period, adding at least one hour of sleep per night could result in a 26-pound weight loss, the study's authors noted.

"Along with a healthy diet and regular physical activity, healthy sleep habits should be integrated into public messages to help reduce the risk of obesity and related comorbidities," the study's authors wrote, noting their study is a first of its kind because it monitored participants in their home environments instead of in a sleep lab, for example.

"The theory here is that sleep can really affect our brain hormones, which trigger hunger, satiety, as well as our behavior," said ABC News chief medical correspondent Dr. Jennifer Ashton, who was not involved with the study. "We know that when we’re sleep-deprived, we tend to make poor food choices."

According to the U.S. Centers for Disease Control and Prevention, adults ages 18 and over should get a minimum of seven hours of sleep per night. 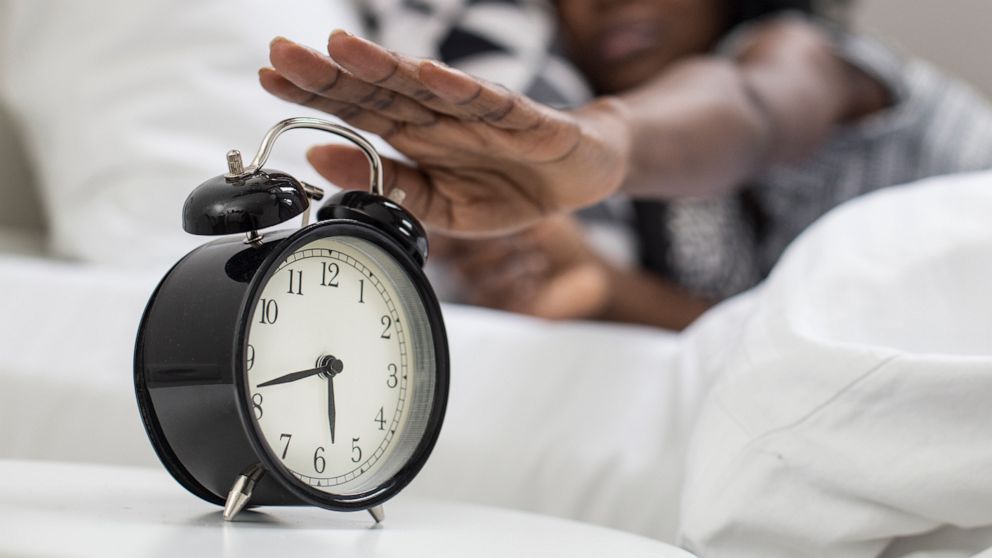 STOCK PHOTO/Getty Images
A women reaches for an alarm clock in this undated stock photo.

Teenagers should get eight to 10 hours of sleep per night, the CDC advises.

Speaking of the importance of sleep, Ashton said, "This is not a luxury. This is a medical necessity."

"We know that sleep has been linked with everything from thinking ability, mood and mental health, hormone levels," she said. "It can decrease high blood pressure and cardiovascular disease if we get adequate sleep."

MORE: This doctor helps Olympians with their sleep. Here are his tips to sleep like a champion.

A study released last year found that sleeping less than six hours a night in midlife can raise the risk of dementia -- the loss of cognitive functioning, like thinking, remembering and reasoning -- by 30%.

"This is so important," Ashton said of getting adequate sleep. "This is on par with our nutrition and our fitness in terms of our health."

Here are four tips from Ashton to get better, more restful sleep.

1. "Keep a consistent bedtime routine during the week and on the weekends."

2. "Make your bedroom cold, dark and quiet. That’s the most relaxing sleep environment you can have."

3. "Limit screen time, which includes the phone, about an hour before you go to bed."

4. "Avoid caffeine, alcohol and large meals in the one to two hours before you go to sleep. What we’re eating and drinking really matters."

Read more here for tips on how to get a good night's sleep.