A Texas mom is speaking out after her daughter died earlier this month following a suspected opioid overdose. Experts involved in the case believe that fentanyl, a synthetic opioid, might be to blame.

Silvia Martinez of Wichita Falls, Texas, told "Good Morning America" that she wanted to share what happened to her eldest daughter Alizé Martinez to potentially save other children and prevent other families from experiencing what she and her family are going through.

Silvia Martinez said that on the morning of Sept. 17 -- which she described as the "worst day" of her life -- she found her daughter stiff and lifeless in bed.

"I just screamed. I was in so much shock. It just didn't feel real because I was like, 'Not my daughter, not my baby,' " she recalled. "God knew I couldn't live without my kids. I couldn't believe it." 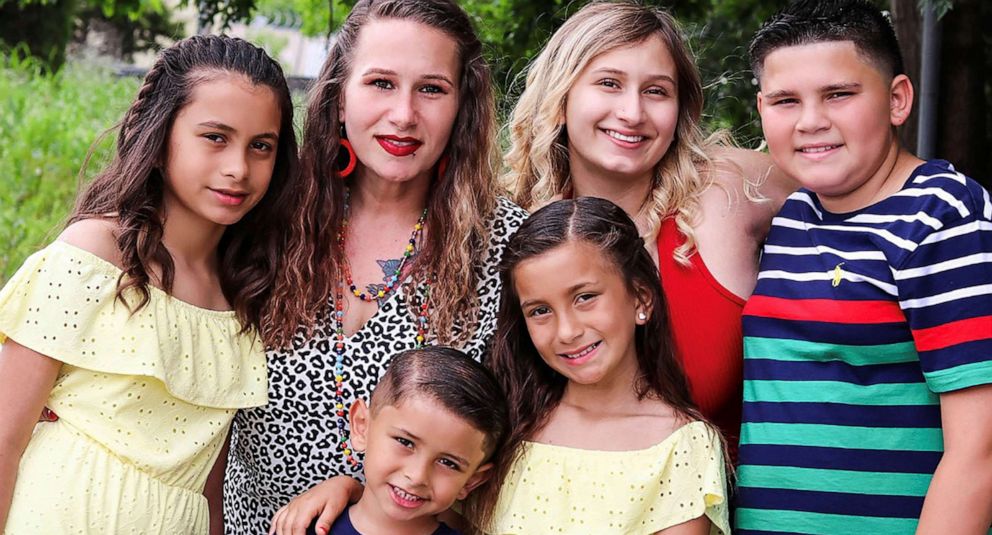 Courtesy of Silvia Martinez
Alize was the oldest of five children and according to her mom, was often quick to offer a helping hand when it came to her siblings.

She said that although she had not yet received an official report, the medical examiner said they suspect the death of Alizé Martinez was possibly the result of a fentanyl overdose.

MORE: School district to provide all schools with Narcan after fentanyl overdoses

Alizé Martinez, the eldest of Silvia Martinez's five children, was 19 and about to re-enroll in cosmetology school. Silvia Martinez said her daughter had a "super goofy personality" and was "always happy" but had been "struggling" with addiction, something she had been trying to help her through. 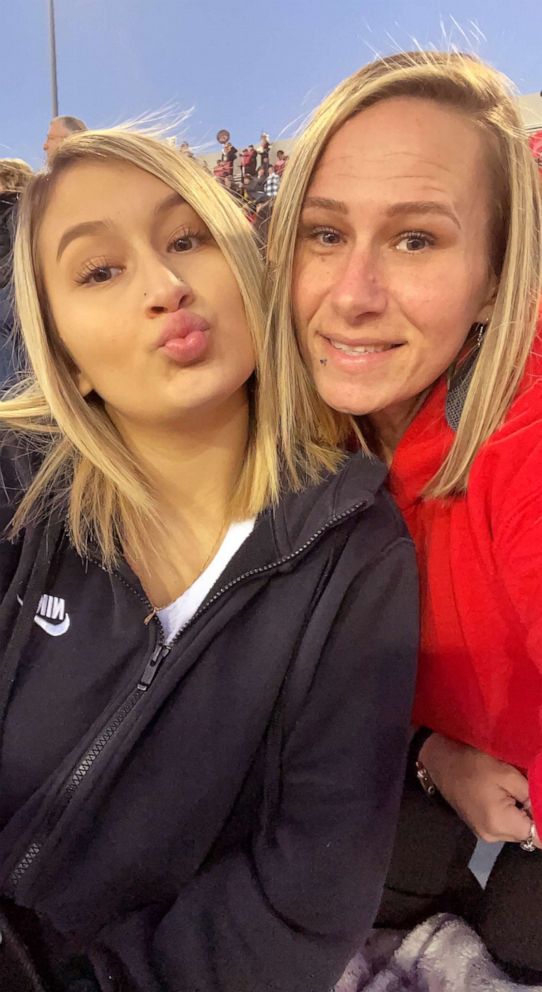 "I didn't know this until it was further down the line but when she first tried [opioids], she did it as a party favor, because her friends were doing it," Silvia Martinez told "GMA."

"She thought she was taking a prescription drug that gets prescribed to people from doctors. so to her, that her friends were doing it, well, it comes from a doctor so you know, should be OK on that and not knowing that it was laced with fentanyl," Martinez continued. 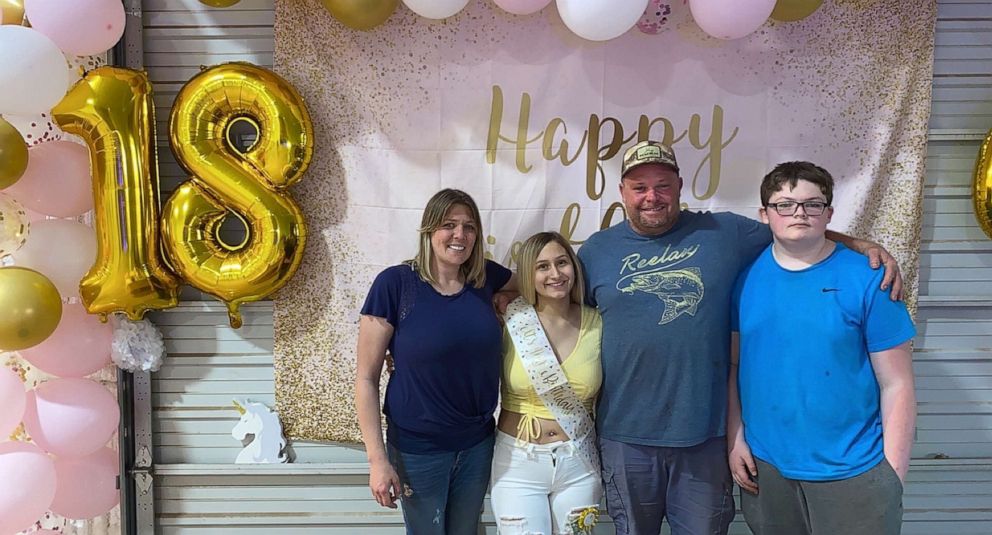 Courtesy of Silvia Martinez
Alize Martinez with her godparents at her 18th birthday party.

Experts warn that people should never take medication that is not specifically prescribed to them and should always precisely follow prescription instructions provided by their doctor.

Fentanyl is a synthetic opioid that is anywhere from 50 to 100 times more potent than the narcotics heroin and morphine. Synthetic opioid-related overdose deaths have increased 56% from 2019 through 2020, according to data from the Centers for Disease Control and Prevention, and the public health agency estimates that more than 150 people die from synthetic opioids each day. Naloxone is a medication that can reverse the effects of opioids, and can help someone who has overdosed on opioids.

Alizé Martinez's funeral was held on Sept. 22, according to her mother, and the police department in Wichita Falls, a city in northern Texas, is currently investigating her death. 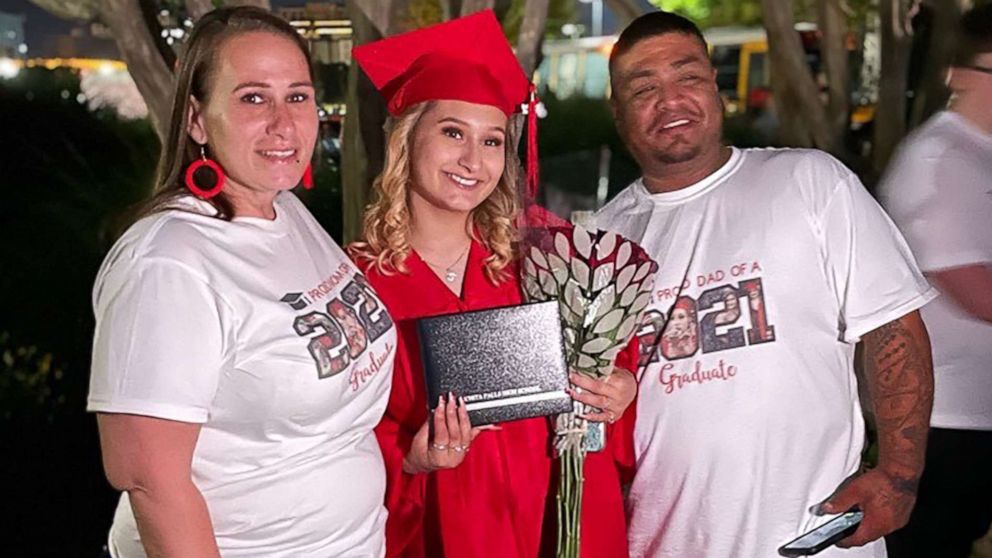 Courtesy of Silvia Martinez
Alize Martinez was 19 years old when she died earlier this month. Here, she is pictured with her parents at her high school graduation.

A spokesperson for the Wichita Falls Police Department confirmed in an email to "GMA" that officials were indeed investigating "three suspected fentanyl related fatal overdoses," including that of "a 19-year-old female" whom they identified as Alizé Martinez.

The spokesperson also noted police had "made three arrests for the charge of Murder ... for illegally distributing Fentanyl which caused the death of an individual."

Silvia Martinez hopes that despite her family's tragedy, she can raise more awareness about the dangers of street drugs, including opioids and specifically fentanyl.

"The most shocking part was how available it is," she said. "A lot of these pills are looking like candy. And now we don't even want to take our kids trick or treating this year … because we are terrified that our kids are going to get something like that in one of their bags."

MORE: What to know about 'rainbow' fentanyl as schools announce plans to fight growing crisis 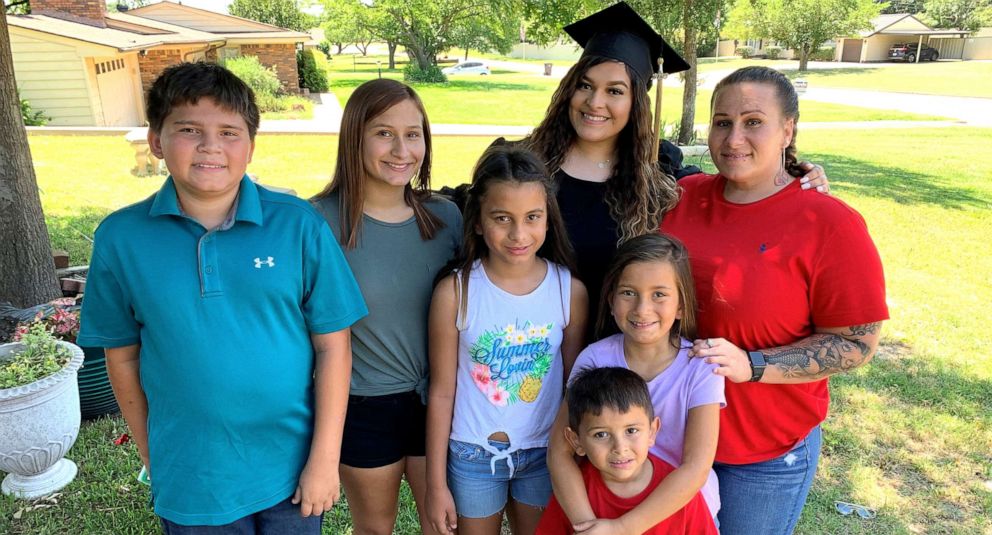 Courtesy of Silvia Martinez
Alize with her family. The family lives in Wichita Falls, Texas.

"As parents, we need to talk to our children about this drug, about how it's going around everywhere," she added.

Silvia Martinez's message to other parents, meanwhile, is to speak up if they suspect their kids are taking drugs.

"Don't be ashamed. Don't be embarrassed. Speak out," she said. "Let other people hear your voices because we need to be the voices for our children."

"We need to get the drugs off the street," she added. "We need more resources for our children who are struggling with this. We need all the voices we can: every mother, every father, anybody who struggles with this fentanyl addiction. We need more voices. We need to make a change for our kids. I don't want to see any more lives gone due to this."

If someone you know is experiencing signs or symptoms of an overdose, call 911 or immediately present to the nearest emergency department. The national poison control hotline is available for questions 24/7 at 1-800-222-1222.

If you or a loved one is struggling with addiction, you can call the SAMHSA help line at 1-800-662-HELP. SAMHSA’s National Helpline is a free, confidential, 24/7, 365-day-a-year treatment referral and information service.