Tovah Haim gave birth to her second child two weeks ago in New York City, just as the coronavirus crisis was ramping up in the United States' most populous city.

On top of the worries most parents have after welcoming a new child, Haim has had to deal with concerns around COVID-19, the illness caused by the novel coronavirus. In her first days home from the hospital, she had to quarantine her older son, who had a fever, from the new baby.

"It's been petrifying for the last two weeks, at various points for different reasons," Haim told "Good Morning America." "It's just it's kind of like a rolling state of terror." 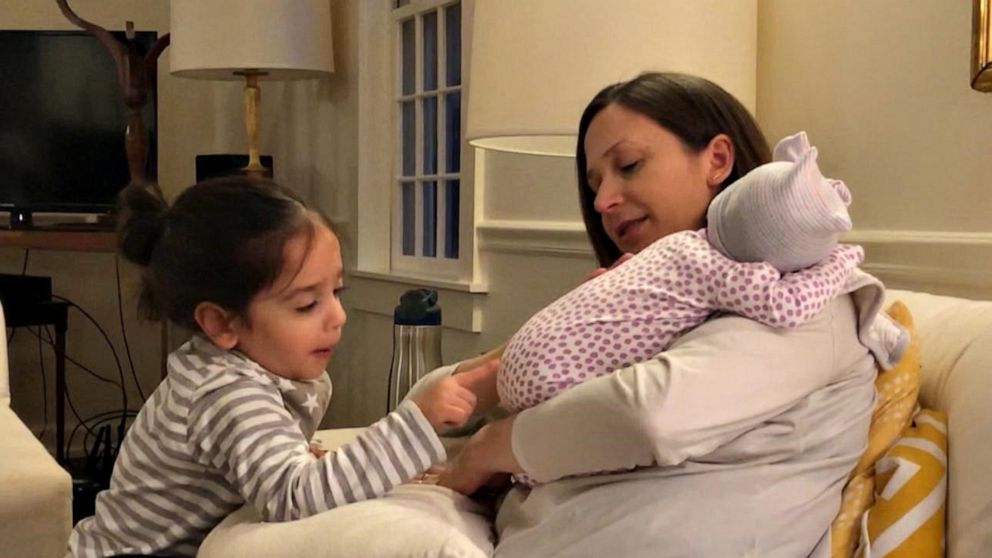 ABC
Tovah Haim is a mother of two in New York City.

While some level of worrying is normal with a newborn, especially during the time of a pandemic, worries that turn irrational and incessant are signs of postpartum anxiety.

Around 10% of postpartum women develop anxiety, according to the Anxiety and Depression Association of America (ADAA).

Still, there is no category for it in the American Psychiatric Association's Diagnostic and Statistical Manual of Mental Disorders (DSM). Postpartum anxiety is most often just grouped under postpartum depression, which affects about one in seven women according to the ADAA.

Author Sarah Menkedick, the mom of a 5-year-old daughter, knows exactly what it feels like to have postpartum anxiety and to not have a diagnosis.

She describes postpartum anxiety and its effect on moms in the U.S. in her new book, "Ordinary Insanity: Fear and the Silent Crisis of Motherhood in America."

"I wrote this book because I went through basically about two years of really horrible anxiety," she told "GMA." "And I didn't really know what to call it at that time."

"When I finally had this breakdown and realized I was suffering and this was horrible and I wasn’t even enjoying my time with my daughter, I started to think why did this happen and how did it take me so long to realize this was a problem?," she said.

"There are a lot of ways in which anxiety makes sense when you're a new mother," she said. "But it's very easy to sort of wander over the line and have it become this obsession in women's lives."

Physical symptoms can show when a new mom's anxiety has crossed over the line, according to Menkedick.

"If you're really feeling like you're sweating, your heart rate is going up, you're having these really physical responses to the anxiety, that's a sign that it's probably getting pretty intense," she said.

Other symptoms of postpartum anxiety include changes in eating and sleeping and the inability to sit still, according to the ADAA.

Menkedick says women and their loved ones can also pay attention to their daily activities and habits.

MORE: Hospital staff dance together to de-stress during the coronavirus pandemic

"Some of the women that I spoke with for the book were spending hours a day preparing their homes, hiding certain objects, cleaning certain things," she said. "SO I think one of the things to really pay attention to is how much time is this consuming, how much of your life is this consuming." 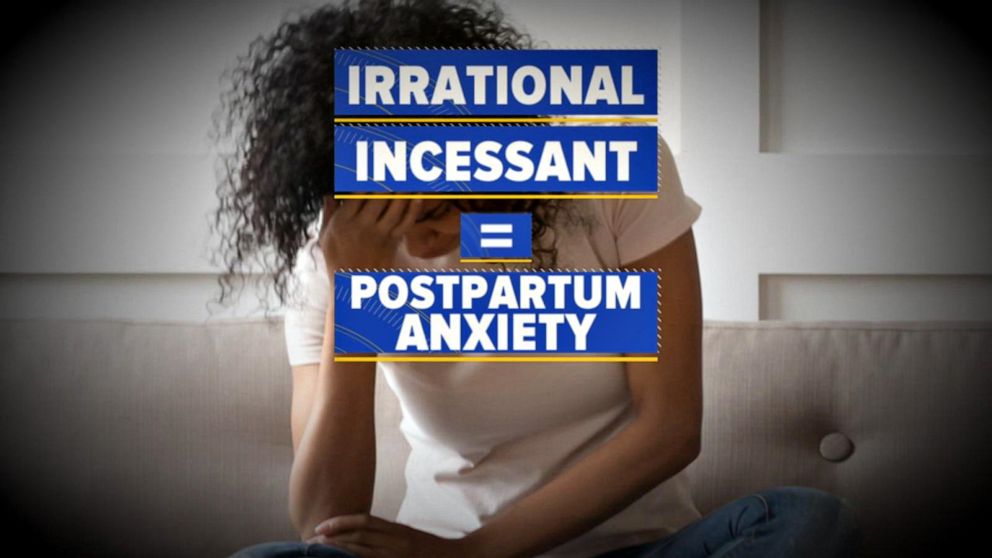 Even through the coronavirus pandemic, as new moms follow stay at home guidelines, Menkedick's advice for moms with postpartum anxiety is to, first, trust themselves and their instincts, and, second, to connect with other women.

"Certainly for all of the women I talked to, the number one way they found healing is talking to other mothers, saying, 'This is what I’m going through,' and having another woman say, 'Yes, I’m feeling the exact same thing,' and finding some affirmation and solidarity in that," she said. "I think that’s something women can really do now online, or in whatever way possible."