Tennis star Naomi Osaka has opened up recently about her mental health struggles and now she is sharing a new strategy to help her cope.

Osaka, 23, said on Twitter that she realized she is "extremely self-deprecating" and always thinks she is "never good enough."

"I've never told myself that I've done a good job but I do know I constantly tell myself that I suck or could do better," she wrote, adding, "Every time a new opportunity arises my first though is, 'wow, why me?'"

In hopes of turning a new page and better protecting her mental health, the reigning U.S. Open champion said now she plans to celebrate even her small wins. 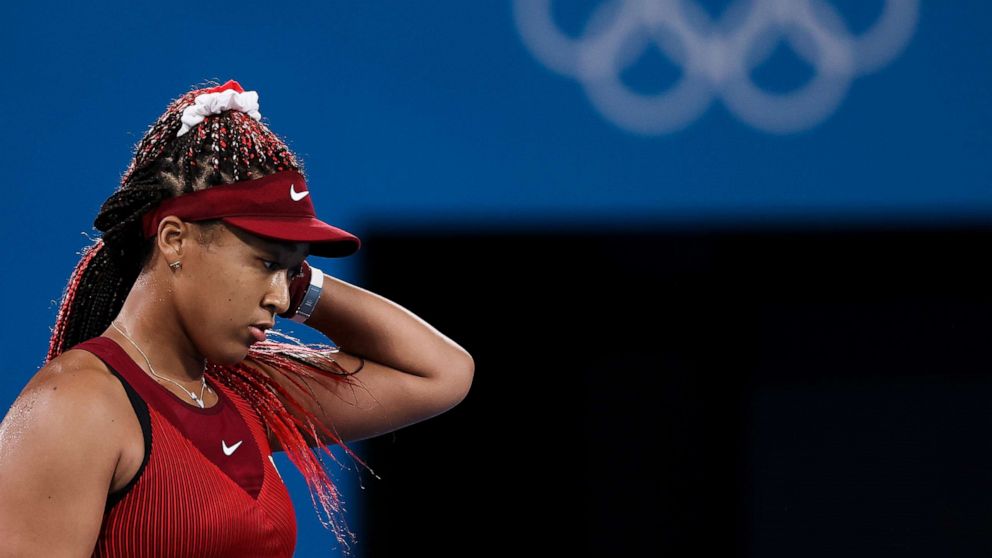 David Ramos/Getty Images, FILE
Naomi Osaka of Team Japan reacts after a point during her Women's Singles Third Round match against Marketa Vondrousova of Team Czech Republic on day four of the Tokyo 2020 Olympic Games at Ariake Tennis Park, July 27, 2021, in Tokyo.

"I'm gonna try to celebrate myself and my accomplishments more," Osaka wrote. "I think we all should."

Giving examples of the seemingly small wins worth celebrating, Osaka continued, "You got up in the morning and didn't procrastinate on something? Champion. Figured something out at work that's been bugging you for a while? Absolute legend."

"I agree with every bit of this," Lasso's Twitter account posted Sunday. "The thing about small victories is that they’re easier to carry with you. I’m calling myself the champion of popping every single kernel of popcorn in the microwave last night."

I agree with every bit of this. The thing about small victories is that they’re easier to carry with you. I’m calling myself the champion of popping every single kernel of popcorn in the microwave last night. https://t.co/mwcufdqk4z

Osaka, who is currently defending her title at the U.S. Open in New York, faced a summer of setbacks due to what she has said are her mental health struggles.

She withdrew from the French Open in June after being fined $15,000 for missing a post-match press conference.

Osaka had announced at the start of the tournament she would not participate in the mandatory post-match news conferences in order to preserve her mental health.

MORE: Sloane Stephens talks mental health ahead of US Open: 'I've been in a place where it's been dark'

Osaka also withdrew from Wimbledon this summer, with her agent explaining at the time that she was "taking some personal time with friends and family."

The Japan native competed in the Tokyo Olympics in her home country but lost in the third round and left without a medal.

"I'm disappointed in every loss, but I feel like this one sucks more than the others,'' Osaka, who lit the Olympic cauldron during the opening ceremony, said after the match, according to ESPN.

Osaka said she is focusing on this new approach to her mental health as a way to unburden herself from outsiders' expectations.

"Your life is your own and you shouldn't value yourself on other people's standards," she wrote. "I know I give my heart to everything I can and if that's not good enough for some then my apologies but I can't burden myself with those expectations anymore."

"Seeing everything that's going on in the world I feel like if I wake up in the morning that's a win," Osaka continued. "That's how I'm coming."