Actress Selma Blair is undergoing a treatment to reboot her immune system as she continues her battle with multiple sclerosis (MS).

Blair is taking her Instagram followers along with her as she undergoes hematopoietic stem cell transplantation (HSCT), a treatment that has long been used to treat cancers of the blood and bone marrow.

Doctors are now using the treatment to attempt to reboot the immune system of MS patients like Blair in hopes of stopping the attack on the brain and spinal cord.

(MORE: Selma Blair reveals she cried with relief at MS diagnosis after being 'not taken seriously' by doctors)
Editor's Picks

MS is a chronic disorder in which cells from the immune system attack the nerve cells of the central nervous system (CNS). Blair, 47, first publicly revealed her MS diagnosis last year.

The actress posted on Instagram earlier this week that she had undergone treatment and would be "immunocompromised for next three months at least." Blair included the hashtags #newimmunesystem #whodis in the caption.

On Thursday, Blair shared a photo of her legs and was candid about the difficulties of the treatment.

"Insomnia. I am like a waking baby. Afraid and want to cry. I want my mom. I do. I will take a bath. And cry. The beginning is hard. I have to Remember," she captioned the photo, including the hashtag #HSCT.

The HSCT process is a long one that can include months in the hospital, experts say.

First, stem cells are harvested from the patient or donor and then the patient is given chemotherapy, radiation therapy or both to suppress immune cells and reduce levels of cancer cells. In some cases, chemo-radiation is given before harvesting.

Next, the stem cells initially harvested are infused into the patient's body.

The risk of infection is high and doctors may keep patients in isolated private rooms and monitor them in the hospital for months while the immune system rebuilds itself.

At most medical centers, the HSCT is still in clinical trails, according to Dr. Ilana Katz Sand, a neurologist at Mount Sinai Hospital in New York City.

"The idea here that you can reset or reboot the immune system and that people could potentially be cured of the disease is very appealing," said Katz Sand, who is not involved in Blair's treatment. "It's just gonna take us a while to find that out."

Allison Karr, 49, battled MS for years and underwent a stem cell transplant in 2014 after she had exhausted all medications. 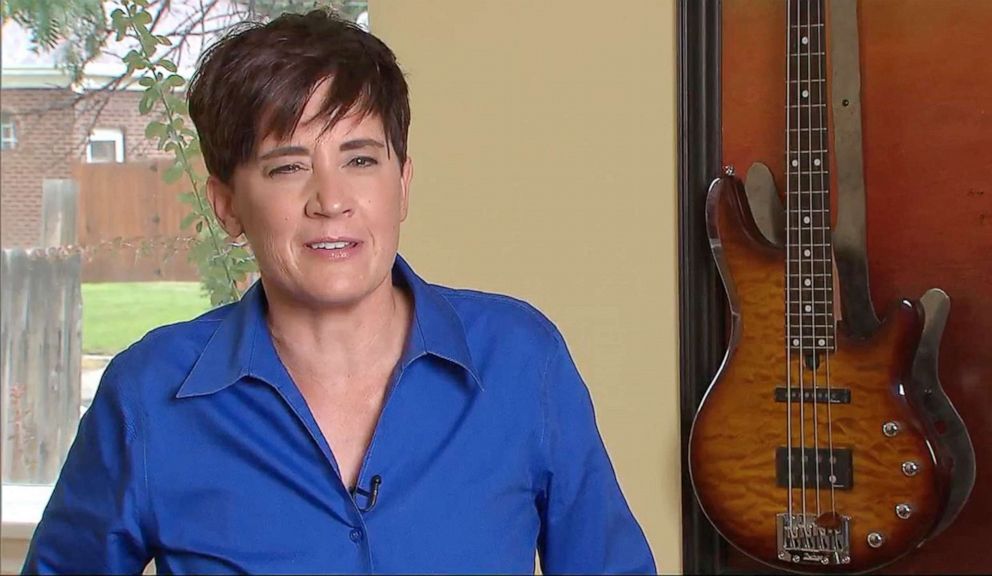 After feeling "so sick" with MS, Karr, a mother of four, said she felt better than she had in decades just two months after the transplant.

"I woke up one morning and the first thought in my mind was, 'Is this what healthy people feel like?'" she said.

Blair, mom to a 7-year-old son, told "Good Morning America" co-anchor Robin Roberts in February that doctors have told her that her prognosis with MS is "strangely amazing."

"I'm very symptomatic. I have an aggressive MS," she said. "But the doctor I saw ... he said within a year I could have -- at the time he said 90 percent of my abilities back."