By Sarah Messer
Share —
Sign up for our newsletters to get GMA delivered to your inbox every morning!

The options for sunscreens are seemingly endless: sprays, lotions, sticks, not to mention the range of SPF numbers. But there’s another important number you should be looking for –- an expiration date.

Dr. Mark Abdelmalek, a board-certified dermatologist and ABC News contributor says, “We remind people to put it on but we honestly don’t remind them often enough to check to make sure that it’s a product that’s still effective.” 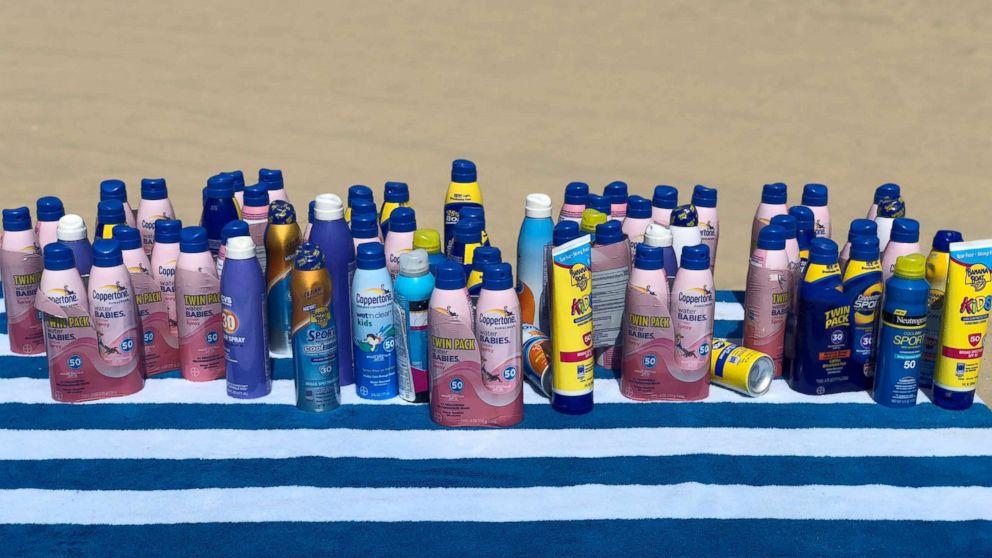 ABC News
Bottles of expires sunscreen are photographed here on a beach in New Jersey.

The U.S. Food and Drug Administration says sunscreen usually expires three years after it is manufactured but sometimes even sooner –- because it can physically change and chemicals breakdown, which could cause it to be less effective.

But Dr. Abdelmalek says that’s not the case if you’re leaving your sunscreen out in the sun or in a hot car. He says it’s not going to last as long, though it’s not clear how much faster it loses effectiveness.

One group "GMA" walked up to had a sunscreen that was manufactured eight years ago and expired more than five years ago. 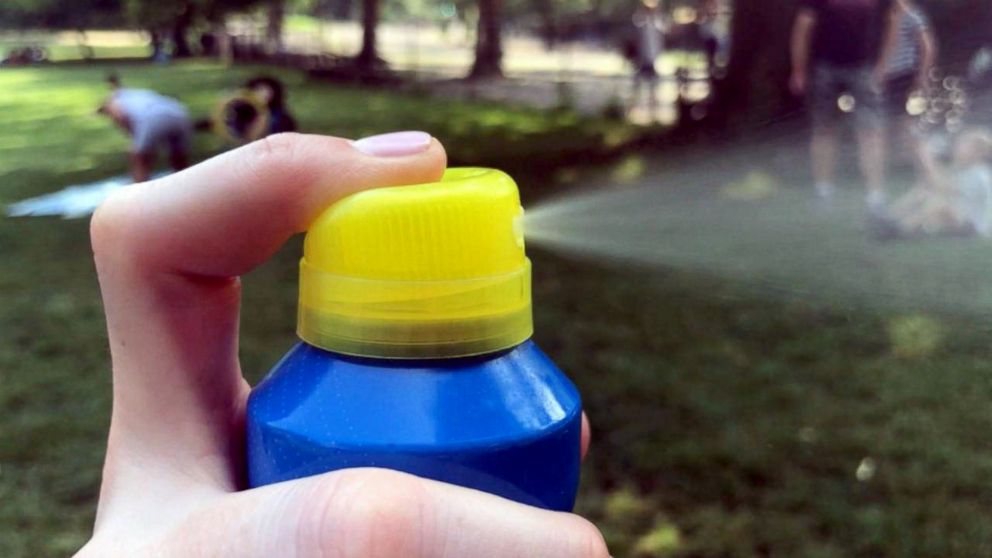 Benitez points out that another person’s sunscreen expired in August of last year.

Five out of the nine beach-going groups we talked to had at least one bottle of expired sunscreen.

A few groups had bottles with no expiration date and some with expiration dates took a little math to figure out. Some brands that are on the shelves right now from popular brands like Banana Boat and Hawaiian Tropic need a little more decoding. The first two numbers are the year, the next three are the day of the year. 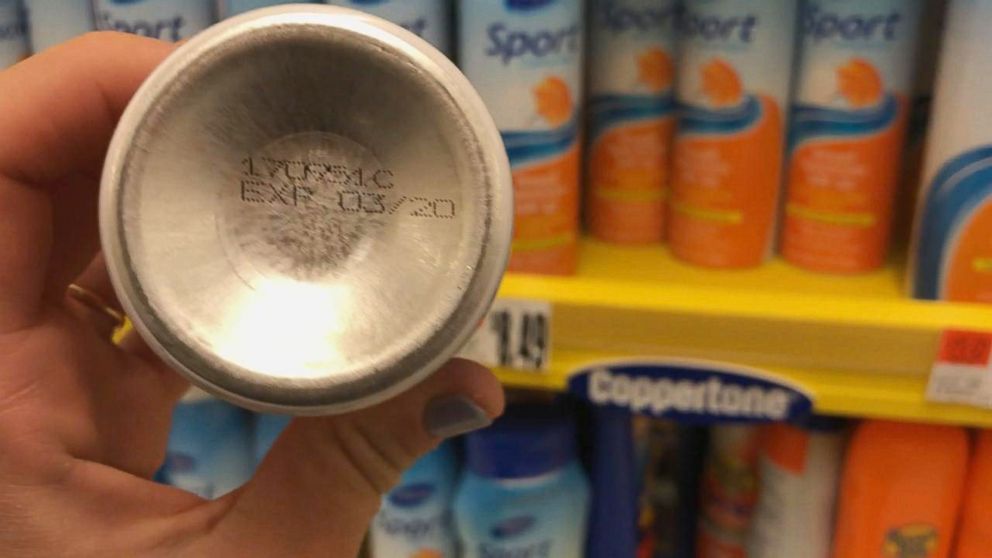 ABC News
The expiration date on a bottle of sunscreen is photographed here. 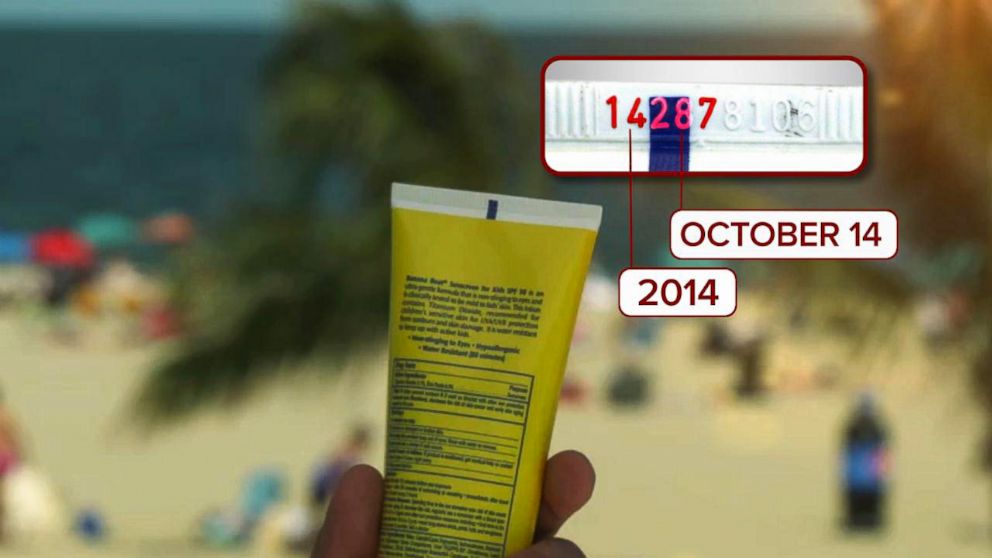 ABC News
The numbers on the back of the sunscreen bottle indicate when the bottle was manufactured.

So, in the example we have it was manufactured in 2014. The next number is 287, the day of the year calculating to October 14th. It’s more than three years old, so it’s expired in October 2017.

How can you tell if your sunscreen is expired? @GioBenitez explains where to look! https://t.co/u5gknPpM8C pic.twitter.com/mqGCNZhnQ6

Banana Boat says it has recently made revisions to their packaging and any products manufactured in 2018 now carry an expiration date.

The oldest we found expired in January 2015.

Fifty of the bottles were in New Jersey and the majority were at a ShopRite grocery store. Most of the sunscreen was kids’ sunscreen.

All stores we visited tell us they have policies in place to remove expired products, especially when customers find any issues. 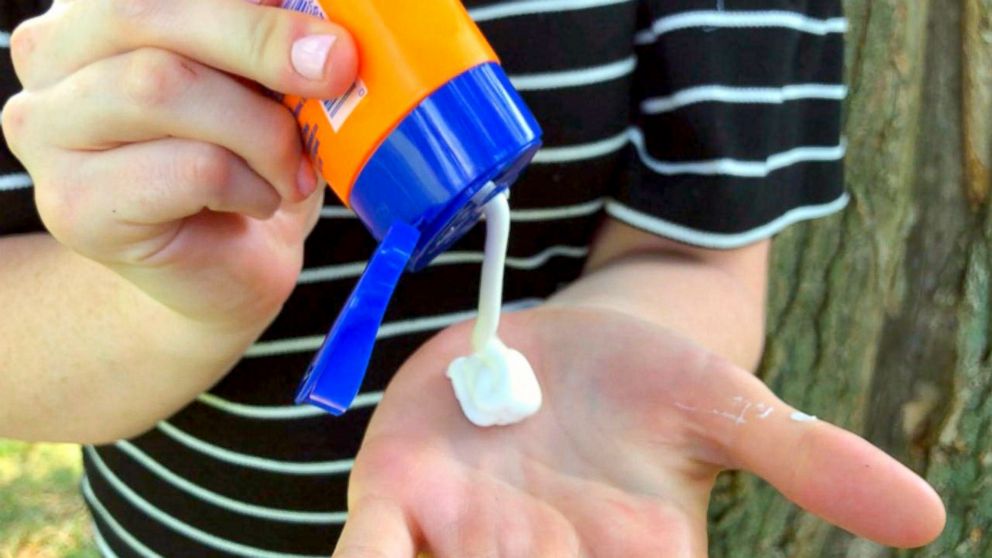 Following our GMA Investigation, ShopRite, Walgreens, Target and Giant Food now tell ABC News they are conducting a top-to-bottom review of all sunscreens in their stores -– looking for expiration dates. Walmart is looking at the stores we visited.

Dr. Abdelmalek says his advice to his patients is now going to change, “It is not enough to know when you bought it. You need to read the fine print.”