Zibby Owens is a contributor to "Good Morning America." She is the creator and host of award-winning podcast "Moms Don't Have Time to Read Books," an author and a mother of four.

I love February. I love chocolate. I love hearts. I love…. love. Even when I was single and stared longingly at all those women toting around armfuls of roses when my hands only gripped a journal, I still loved Valentine's Day. (It's also my dad's birthday which always made for a sweet celebration in our home.) Maybe this is why I always look forward to February books so much. They all have so much hope, so much emotion, so much heart. The current slate of titles delivers that same connection that I search for in life and in literature. 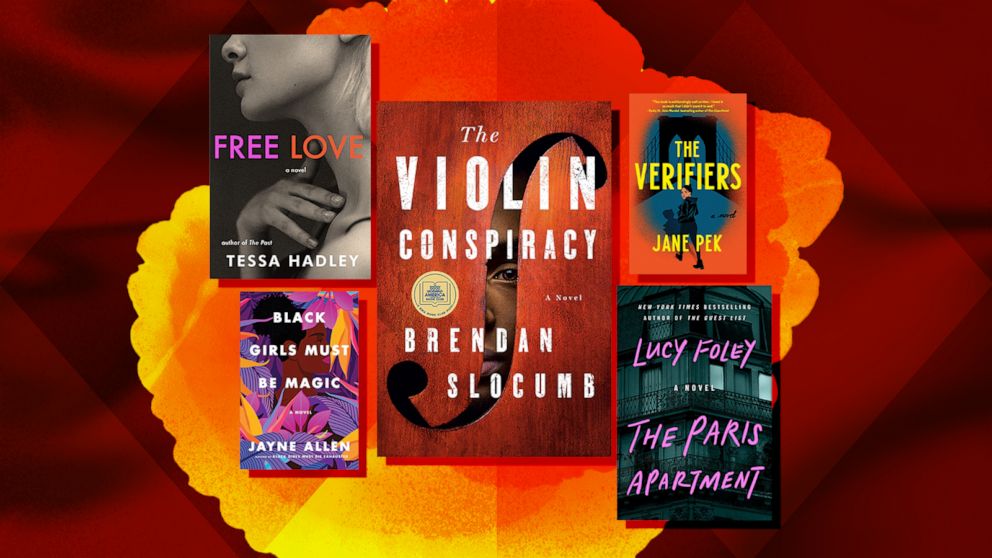 'Black Girls Must Be Magic' by Jayne Allen

The second installment of Jayne Allen's "Black Girls Must Die Exhausted" trilogy finds Tabitha Walker pregnant, holding down a big TV job, and single. Tabitha knows it takes a village and turns to her girlfriends, a friend of her grandmother's and a doula to help her. As she deals with the demands of her on-air profession and the intermittent attention of her (sort of) ex, Tabitha has to decide just who she wants to live in this fictitious helpful village. Masterfully written and pitch perfect, "Black Girls Must Be Magic" is, simply, magic.

I loved this book. From the first page, I was drawn into London housewife life in the 1960s… and then drawn right back out of that house. Visual, rich, verdant, elegantly written, this story of a mother who decides to follow her young paramour instead of staying with her staid husband is absolutely beautiful. I am now officially a Tessa Hadley fan and plan to read her entire backlist. The book will stay with me, even down to the curtains.

'The Violin Conspiracy' by Brendan Slocumb 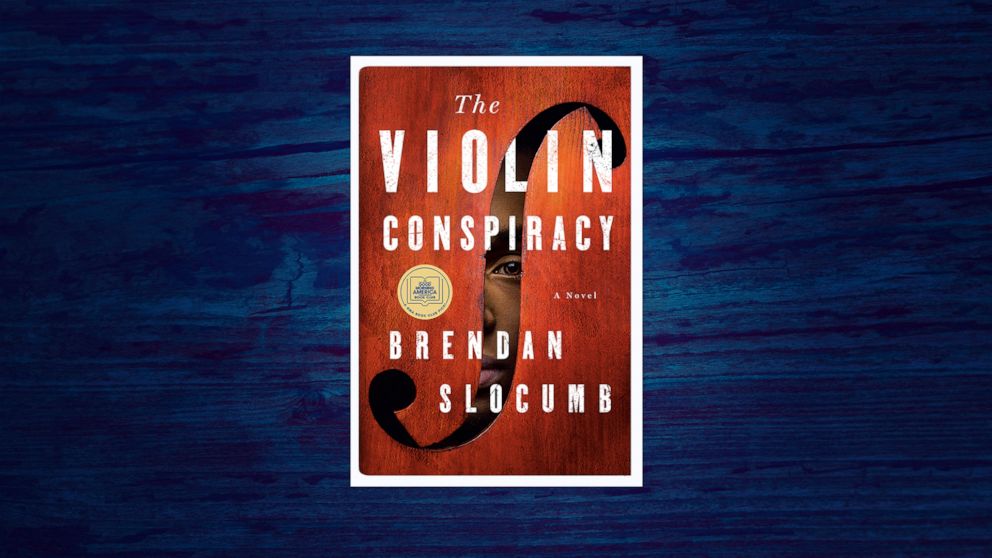 A Black teenage boy discovers he's a violin virtuoso when he plays a rented violin in school. Racist incidents happen constantly on his way to pursuing his artistic mecca. But this book is not only a treatise on race, it is about fighting for what one is due, the power of talent, racing against the clock to claim what really belongs to us and the gift of mentorship even when it doesn't come from home. A page-turning masterpiece, this is like the new "Da Vinci Code."

'In the Shadow of the Mountain: A Memoir of Courage' by Silvia Vasquez-Lavado

Self-love comes to mind when thinking about Silvia Vasquez-Lavado's searing, soul-searching memoir that takes readers on her ascent to self-acceptance via Evererst. Before she went home to Peru, Latina Siilvia was an alcoholic, stuck in the male-dominated tech world, hiding her sexuality and trying to deal with the demons from her past. Back in Peru, she could start over and really breathe again. This memoir is so transformative it reads like fiction.

'Heartbreak: A Personal and Scientific Journey' by Florence Williams

I literally feel like I had my own heart broken after wading through Florence's midlife love loss. And I say wading on purpose; Florence turns to nature, often water, to get her through. An experienced nature writer, Florence reports on her own crushing heartbreak and the aftermath, new dalliances, research she discovers (why all the studies on love?), friendships and finding herself again on her journey to understanding. The Pushkin audiobook is amazing.

'Vladimir' by Julia May Jonas

You might have to hide this from your jealous spouse. The cover is of a shirtless man in a compromising position. Don't let that deceive you; this debut novel by Julia May Jonas is ultra-literary, yet accessible. It follows a female college professor whose husband might have strayed with some students. Could she retaliate perhaps, with a strapping young novelist on campus? What would Valentine's Day look like in their home? Reading about it just might spice up your own.

'Text for You' by Sofie Cramer

Soon to be a major motion picture with Priyanka Chopra Jones and Sam Heughan, this charming take on grief starts with Clara, whose fiance has just fled while in a fight only to die in a tragic accident. Two years later, she starts texting her beloved's phone, only to find out it has been reassigned to Sven. What happens when the two of them eventually meet? Read to find out -- before you see the movie.

'Foreverland: On the Divine Tedium of Marriage' by Heather Havrilesky

Why do we get married? It basically makes no sense anymore. And yet. Heather shares her own marital experience over almost two decades and tries to parse out what makes a marriage a happy one -- and if that's even the point. This reads like a confession from a friend who has examined their own life through an intellectual and emotional lense -- and comes out with some answers for us. This plus Kimberly Harrington's "But You Seemed So Happy: A Marriage, in Pieces and Bits," may mark a new genre: reality marriage literature. Apparently, it all doesn't stay behind closed doors anymore. Read on.

Emily Maloney tried to kill herself. She survived. The aftermath cost her so much both emotionally and financially that she found her way out by becoming an ER technician and writing her stories. An analysis of health care, an analysis of soul, this book is both tender and bold.

'My Mess is a Bit of a Life: Adventures in Anxiety' by Georgia Pritchett

Emmy-award winning comedy writer of "Succession" and "Veep," Georgia Pritchett writes a memoir in vignettes that anyone who has ever struggled with anxiety will give a standing ovation to. Laugh-out loud funny at times, poignant and sincere at others, these musings on everything from childhood to motherhood are relatable, enjoyable and oh-so-welcome.

'Black American Refugee: Escaping the Narcissism of the American Dream' by Tiffanie Drayton

Tiffanie and I were on a publishing panel together recently organized by our mutual writing teacher Sue Shapiro. I secretly chatted with her about how much I adored her writing. Need a sample? Just read her New York Times article, "I'm a Black American. I Had to Get Out." Tiffanie and her mother, a nurse, narrowly escaped COVID-19 and rampant racism in the U.S. (New Jersey, specifically) by moving back to Trinidad. Introspective, insightful, and oh-so-well-written, Tiffanie's moving memoir shines a light on a troubled time and leaves us with hope.

'The Magnificent Lives of Marjorie Post' by Allison Pataki

Allison Pataki is a New York Times bestselling author of historical fiction. She's a children's book author. She's a mom of three little girls. She's basically a genius, a super-powered, generous, amazing author. She's turned her incisive, brilliant eye on one of the most interesting women, Marjorie Merriweather Post. Who knew that she had escaped the Nazis, helped the homeless, entertained multiple presidents, made millions, married four times, and lived a truly unique life of an American heiress? This is a must-read.

'One Night on the Island' by Josie Silver

Josie's last book "One Day in December" was a No. 1 New York Times bestseller. I wonder if she was nervous starting this one afterwards! Cleo, her protagonist, is a 30-something who takes time away from her London job to write about an island off Ireland. Boston-born Mark arrives at the same island and finds out he's booked the same cabin. Quirky, funny in that smart British way, and truly enjoyable, this smart rom-com is the book to pack for your next adventure.

'The Paris Apartment' by Lucy Foley

Mais, oui! I'd love to jet off to Paris in the dead of winter for some February romance. I'll settle for Lucy Foley's latest thriller, in which her protagonist Jess arrives in Paris to visit her half-brother only to find him missing. A transcontinental whodunnit with chic panache, this page-turner will keep you up into the wee hours of the night. Bonne nuit!

'The Verifiers' by Jane Pek

This debut novel by Singapore-born lawyer Jane Pek is about a career girl who likes girls and as a lifelong mystery book addict, thinks it'll be fun to join an online dating detective agency. A commentary on love in the time of iPhones, a thrilling ride to discover what was really going on with the client that disappeared, and a look at one family making their way through all types of distance, "Verifiers" will make you think twice before swiping.