In wake of the COVID-19 pandemic, officials have asked everyone spend as much time at home as possible.

For many, that means more time in front of the television and a constant refrain of: "What do we watch now?"

One option is the new series "Little Fires Everywhere," starring Reese Witherspoon and Kerry Washington, which premieres Wednesday on Hulu. Based on the novel by Celeste Ng, it tells the story of two families linked through a series of complicated, and at times heartbreaking, circumstances. 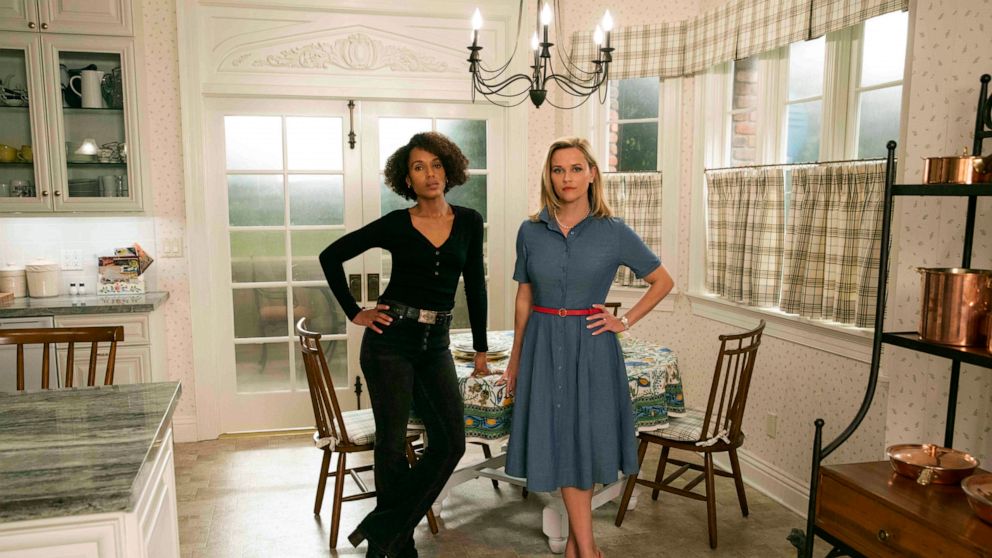 But of course, that will only last you a few hours. Here are a few other binge-worthy suggestions from members of the "Good Morning America" family.

"Contagion" on Hulu (with Cinemax add-on) or Amazon

For some, Steven Soderbergh's thriller about a deadly virus may hit a little too close to home. However, many have a newfound interest in the subject matter, as searches for "Contagion," starring Matt Damon, Kate Winslet and Jude Law, have surged.

"Love Is Blind" on Netflix

The wildly addictive reality TV show, hosted by Nick and Vanessa Lachey, is just the ticket for those in need of an escape, especially if you're missing "The Bachelor."

Sports fans will want to know the secrets of former Dwyane Wade's epic NBA career; pop culture enthusiasts will be consumed by stories of his life as a husband -- to actress Gabrielle Union-Wade -- and a parent.

You better believe adults and kids alike will be watching many Disney movies in the coming days and "Frozen 2" is arriving early on Disney+ , so you have the perfect excuse to make it a double feature.

Written and directed by J.J. Abrams, "Star Wars: Rise of Skywalker" made a splash at theaters last December, but if you missed it then, now's your chance to see it.

"One Tree Hill" on Hulu

Why not use this time to watch a show you've had on your must-watch list forever? "One Tree Hill" is as good now as it was when it premiered in 2003.

Travel may be put on the back burner for a while, but you can check out all sorts of places via Nat Geo. "Hostile Planet," for example, takes viewers from the jungles to the mountains.

"Crashing" on Netflix, "Killing Eve" on Hulu, and "Fleabag" on Amazon

If you’re sad about the release of the new James Bond film being postponed, then you can comfort yourself by watching writer Phoebe Waller-Bridge's other work. There’s something on nearly every streaming platform!

In what can only be described as a blend of "Gossip Girl" and "Riverdale," "Elite" tackles a juicy mystery -- like who killed Marina or where did Samuel disappear to, for example -- in every season. Plus, it just returned for season three.

This is a must-watch for any "Grey's Anatomy" fan, and you should start now if you want to get through all 331 episodes!

Is there anything more comforting than watching a childhood favorite?

A show about nothing is the perfect way to shut out the real world for a bit.

"A Quiet Place" on Netflix

The sequel to the John Krasinski/Emily Blunt film has been pushed back due to the coronavirus so you have extra time to catch up on the original, if you missed it in theaters.

"The Simpsons" on Disney+

"Simpsons" fans, rejoice: A whopping 30 seasons of the classic animated comedy are available for streaming on Disney+.

"The Office" on Netflix

Steve Carell's Michael Scott will make you laugh even when the news of the day is depressing.

What to know about Coronavirus: