The nominations for the 2021 Golden Globes are in and three female directors just made history.

Reigning supreme are "Mank" for films and "The Crown" for TV, both garnering six nods each. But it was the best director category that specifically had the entertainment world talking.

For the first time in Golden Globes history, more than one woman was nominated in the best director category. In fact, there were three: Emerald Fennell for "Promising Young Woman," Regina King for "One Night in Miami" and Chloe Zhao for "Nomadland."

These women outnumber the men in the category -- David Fincher for "Mank" and Aaron Sorkin for "The Trial of the Chicago 7." 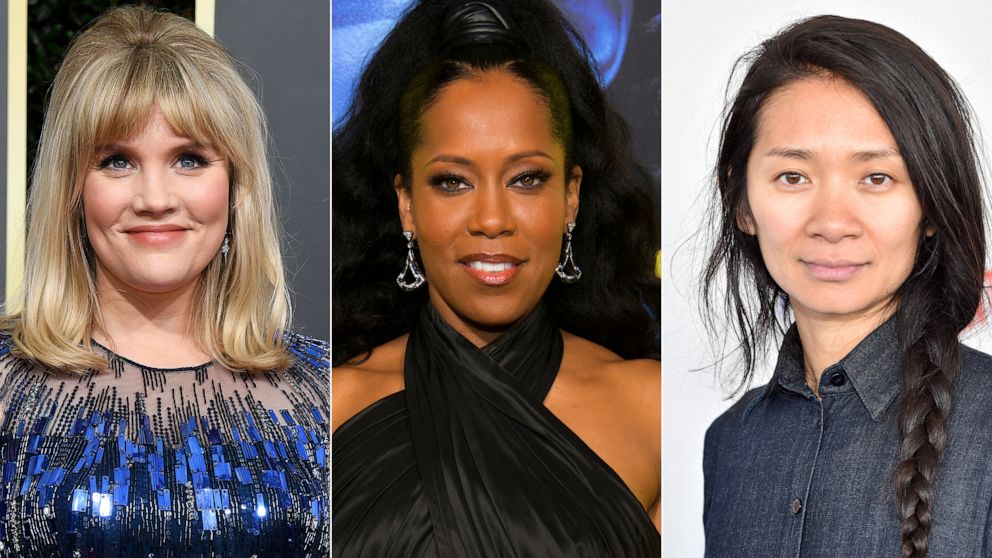 The last woman to be nominated was Ava DuVernay for "Selma" in 2015 and the only woman to ever win was Barbra Streisand for "Yentl" in 1984.

Natalie Portman famously called out the lack of female representation in the category when presenting the award in 2018, saying, "And here are the all-male nominees."

King becomes the second Black woman to be nominated in the category, following in DuVernay's footsteps.

The 2021 Golden Globes, which will be hosted by comedians Tina Fey and Amy Poehler, will take place on Sunday, Feb. 28.