Celebrities at the 2022 BET Awards on Sunday night used their platform to address the Supreme Court's recent decision to overturn Roe v. Wade.

Host Taraji P. Henson kicked things off at the top of the show, in her opening monologue.

"It's about damn time to talk about the fact that guns have more rights than a woman," she said.

"It's a sad day in America," the Oscar-nominated actress continued. "A weapon that can take lives has more power than a woman who can give life, if she chooses to."

The court ruled 5-4 on Friday to strike down Roe v. Wade, the landmark 1973 decision which made abortion a constitutionally protected federal right. In doing so, they gave power back to the states, some of which had already initiated trigger laws that immediately made abortion illegal in most, if not all, cases. Abortion could soon become illegal in several other states as well, pending legal analysis.

A person's abortion access will now be determined by where they live in the U.S., something experts say will likely hit Black, brown, and other marginalized communities hardest.

Read on to see how other stars at the BET Awards addressed Roe v. Wade being overturned:

Monáe specicially praised "these artists making art on our own terms, owning our truths and expressing ourselves freely and unapologetically in a world that tries to control and police our bodies, my body, and our decisions, my decisions."

The "Make Me Feel" singer added that now was the time to "celebrate our art by protecting our right and our truths."

Jazmine Sullivan, when accepting the award for best female R&B/pop artist, directed her message to the men in the room, urging them to stand with women in the fight to protect abortion rights. 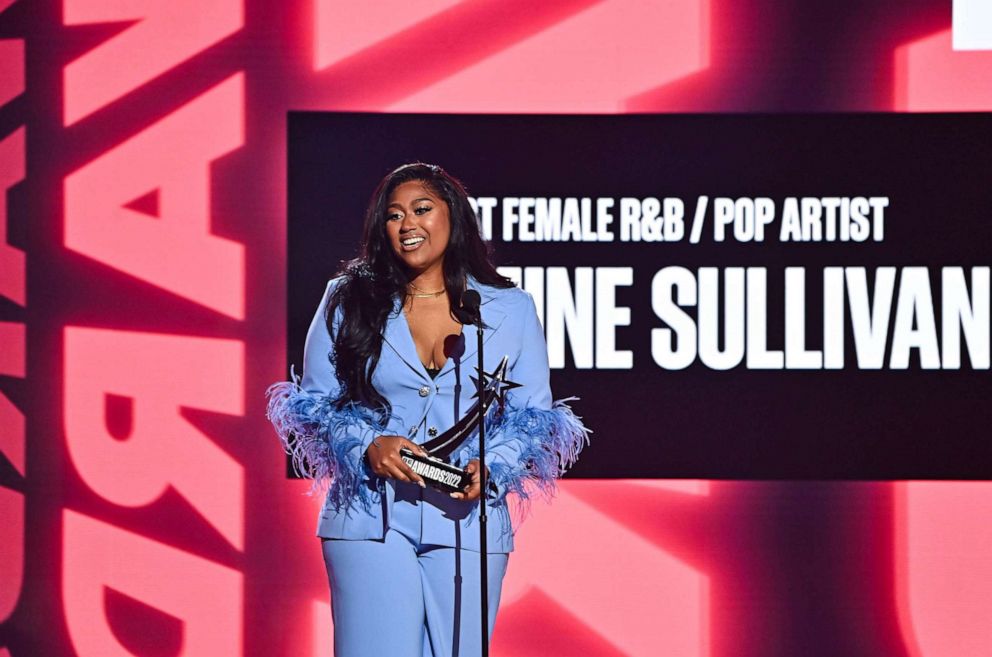 "It's a hard time right now for us, and I want to speak directly to the men. We need y'all. We need y'all to stand up. Stand up for us, stand up with us," Sullivan said.

"If you've ever benefited from a woman making one of the toughest decisions of her life, which is to terminate a pregnancy, you need to be standing with us," the "Girl Like Me" singer added. "This is not just a woman's issue, this is everybody's issue, and we need your support more than ever."