The Supreme Court's ruling Friday to overturn Roe v. Wade sent shockwaves throughout the country as it gave power back to states to decide whether or not abortion is legal.

Instead of being a constitutionally protected federal right, abortion access will now come down to where a person lives across the United States.

"This is one of the most important decisions the Supreme Court has handed down in this century, certainly in the past half-century," said Kate Shaw, ABC News contributor and professor of law at Cardozo Law School. "I think this will have seismic impact on women’s lives and on the choices they can make and, really, on the course of the country."

Here are five things to know about the court's ruling on abortion and the aftermath.

1. The case centered on a lawsuit by the sole abortion clinic in Mississippi

The court took on the issue of abortion this term by agreeing to hear Dobbs v. Jackson Women's Health Organization, which challenged Mississippi's ban on abortions after 15 weeks of pregnancy.

Jackson Women's Health, which will now be forced to close, is the only abortion clinic in Mississippi. 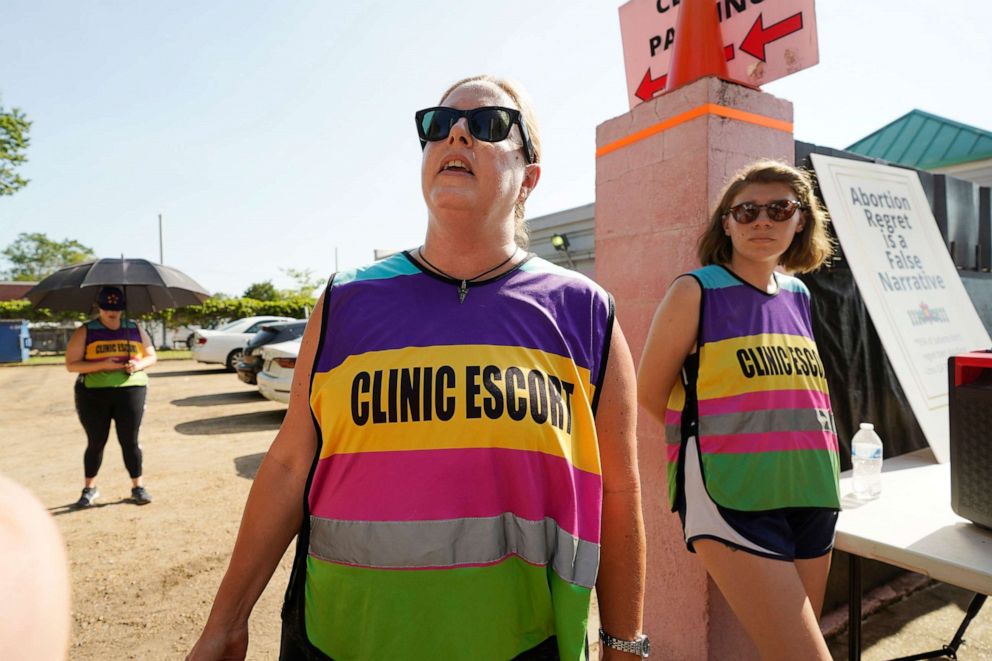 Rogelio V. Solis/AP
Clinic escort Kim Gibson stands outside the driveway to the Jackson Women's Health Organization clinic in Jackson, Miss., with other escorts, as she shouts at anti-abortion opponents across the street, moments after the U.S. Supreme Court ruling overturning Roe v. Wade was issued, June 24, 2022.

On Friday, the court voted 6-3 to uphold Mississippi's ban on abortions past 15 weeks, with very few medical exceptions.

The court also ruled 5-4 to overturn Roe in an opinion written by Justice Samuel Alito, who called Roe "egregiously wrong from the start."

Previously, the court had not allowed states to prohibit the termination of pregnancies prior to fetal viability outside the womb, roughly 24 weeks, since the Roe v. Wade ruling in 1973.

2. The ruling gives states the right to ban abortion.

The decision of whether or not to allow abortion is now up to each state to decide.

In the wake of the ruling, around half of the nation's 50 states are expected to ban or heavily restrict abortion, according to the Guttmacher Institute, a reproductive rights policy organization.

"In no way does this decision end the roiling national debate about abortion," said Shaw. "In some ways I think it’s going to kick it into higher gear as we see some states start to respond."

In Massachusetts, Gov. Charlie Baker signed an executive order to protect abortion rights in the state, including adding protections for health care providers and for people who travel from out-of-state who seek legal abortion care.

“I am deeply disappointed in today’s decision by the Supreme Court which will have major consequences for women across the country who live in states with limited access to reproductive health care services," Baker said in a statement. "The Commonwealth has long been a leader in protecting a woman’s right to choose and access to reproductive health services, while other states have criminalized or otherwise restricted access."

3. Medication abortion will also be decided by states.

The Supreme Court's ruling also gives states the power to decide what access residents have to medication abortion, which involves taking two pills -- mifepristone and misoprostol -- to end a pregnancy.

Medication abortions are currently approved by the U.S. Food and Drug Administration (FDA) for use up to 70 days, or 10 weeks, after conception.

While the FDA allows the medication used to be sent by mail, women still must obtain it through a certified health care provider and the FDA's decision is subject to state laws that can criminalize the practice.

At least 12 state legislatures have introduced bans or restrictions on medication abortion so far this year, including prohibiting the mailing of abortion pills barring the use of telehealth, according to the Guttmacher Institute.

Prior to Roe being overturned, telemedicine for medication abortion was already effectively banned in 19 states, which require a provider to be physically present when administering the pill, according to the Guttmacher Institute.

4. Contraceptives could also be impacted. 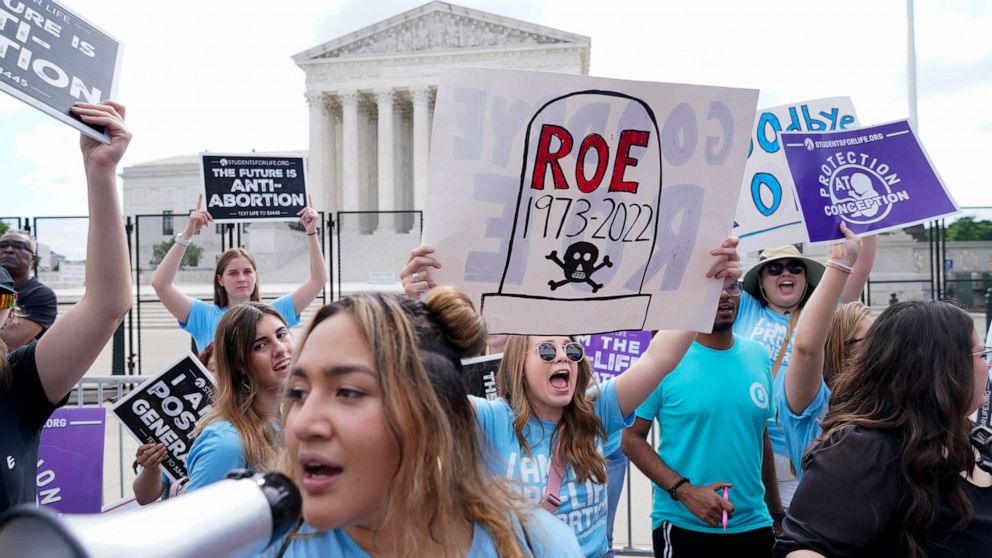 Thomas called for the reconsideration of several rulings, including Griswold v. Connecticut, which established the right of married couples to use contraception.

"Because any substantive due process decision is "demonstrably erroneous," we have a duty to "correct the error" established in those precedents," he wrote, adding, "After overruling these demonstrably erroneous decisions, the question would remain whether other constitutional provisions guarantee the myriad rights that our substantive due process cases have generated."

5. Congress has limited ability to act for now.

Congress does have the ability to codify the rights previously enshrined in Roe v. Wade, but the Democratic-majority House and Senate do not have the votes.

Specifically, the effort would need to clear the Senate filibuster, and the 60 votes needed are not reachable for abortion rights supporters.

House Speaker Nancy Pelosi said she is focusing on the midterm elections.

MORE: On the ground in Texas, a test case for a post-Roe America

“It is clear that the path forward will depend on the outcome of the upcoming midterm elections,” Pelosi said in a statement Friday, adding, "We must 'Remember in November' that the rights of women, and indeed all Americans, are on the ballot.”

In remarks at the White House, President Joe Biden said he is not able to enshrine abortion rights at the federal level and called on Congress to do so.

He also encouraged people to vote if they want to see change on abortion rights.