By Rosa Sanchez, Angeline Jane Bernabe, Carson Blackwelder
Share —
Sign up for our newsletters to get GMA delivered to your inbox every morning!

The chief medical examiner for Orange and Osceola counties said Monday that a preliminary autopsy performed on the comedian and actor showed "no evidence of drug use or foul play."

"The cause and manner of death are pending further studies and investigation, which may take up to 10-12 weeks to complete," the chief medical examiner said. "Our condolences go out to Mr. Saget's loved ones during this difficult time."

Saget, who was most famous for his role as Danny Tanner in the sitcom "Full House," passed away Sunday at the Ritz-Carlton in Orlando, Florida, the Orange County Sheriff's Office tweeted Sunday.

"Earlier today, deputies were called to the Ritz-Carlton Orlando, Grande Lakes for a call about an unresponsive man in a hotel room," the tweet read. "The man was identified as Robert Saget & pronounced deceased on scene. Detectives found no signs of foul play or drug use in this case."

Deputies arrived at the hotel just after 4 p.m., police said.

A police report released Monday revealed that Saget was found "unresponsive and not breathing" during a wellness check conducted after he failed to check out of his hotel room and his family was unable to reach him.

Saget was discovered "in a supine [face upward] position on his bed. His left arm was across his chest while his right arm was resting on the bed. No signs of trauma were seen," according to the report. He was already "cold to the touch, yellow and clammy."

His wife, Kelly Rizzo, was called to notify her of her husband's death.

"My whole heart. Bob was my absolute everything. I am so completely shattered and in disbelief," Rizzo said in a statement Monday. "I am so deeply touched by the outpouring of love and tribute from our friends, family, his fans and his peers. When the time is right and when this news is not as raw, I look forward to sharing more of Bob with the world. Sharing how much he meant to me, all of those around him, and how much all of his fans and friends meant to him as well. Thank you for respecting my privacy at this time."

Saget, who just began his "I Don't Do Negative Tour," had been traveling across the country.

On Saturday night, he did a show at the Ponte Vedra Concert Hall in Jacksonville, Florida, and early Sunday morning tweeted a photo of himself and wrote: "Loved tonight's show @PV_ConcertHall in Jacksonville. Appreciative audience. Thanks again to @RealTimWilkins for opening. I had no idea I did a 2 hr set tonight. I'm happily addicted again to this s---. Check http://BobSaget.com for my dates in 2022."

Loved tonight's show @PV_ConcertHall in Jacksonville. Appreciative audience. Thanks again to @RealTimWilkins for opening. I had no idea I did a 2 hr set tonight. I'm happily addicted again to this shit. Check https://t.co/nqJyTiiezU for my dates in 2022. pic.twitter.com/pEgFuXxLd3

He shared the same message and image on Instagram.

"I'm back in comedy like I was when I was 26," he added in his Instagram post caption. "I guess I'm finding my new voice and loving every moment of it." 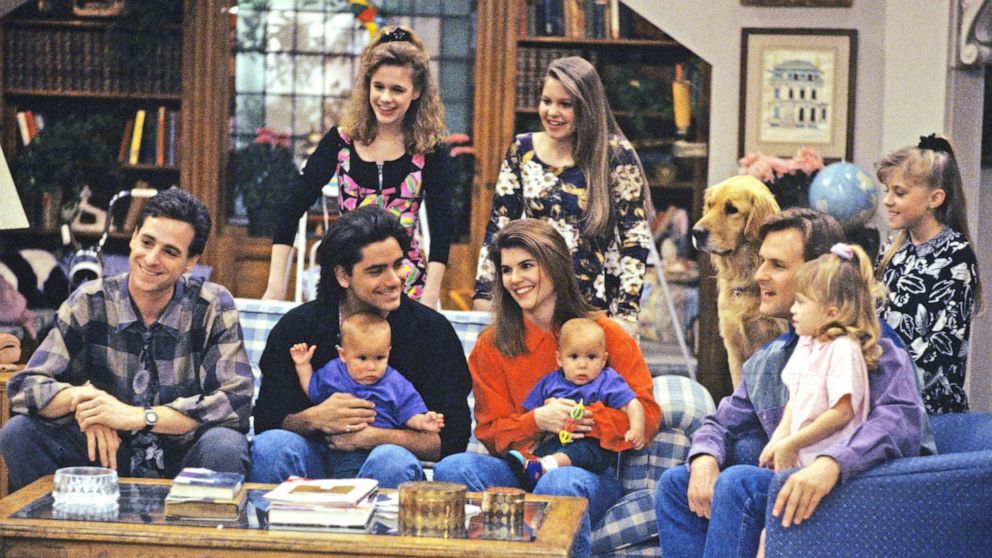 Following the news of his death, his "Full House" cast released a joint statement on social media to honor their co-star and friend.

"Thirty-five years ago, we came together as a TV family, but we became a real family. And now we grieve as a family," they wrote in the statement. "Bob made us laugh until we cried. Now our tears flow in sadness, but also with gratitude for all the beautiful memories of our sweet, kind, hilarious, cherished Bob. He was a brother to us guys, a father to us girls and a friend to all of us. Bob, we love you dearly. We ask in Bob's honor, hug the people you love. No one gave better hugs than Bob."

Actress Kat Dennings, who starred alongside Saget in the 2001 sitcom "Raising Dad," wrote on Twitter, "I just can't believe it. What a wonderful guy. He always went out of his way to make me comfortable and talked nonstop about his kids. Such a loss."

"I am broken. I am gutted. I am in complete and utter shock," Saget's longtime friend and "Full House" co-star John Stamos tweeted. "I will never ever have another friend like him. I love you so much Bobby."

Norman Lear also took to Twitter to honor his friend.

Bob Saget was as lovely a human as he was funny. And to my mind, he was hilarious. We were close friends and I could not have loved him more. pic.twitter.com/TM8r1hzCfO

"Bob Saget was as lovely a human as he was funny," Lear wrote. "And to my mind, he was hilarious. We were close friends and I could not have loved him more."

In December, following the death of Betty White, Saget paid tribute to the actress in an Instagram post and reflected briefly about his thoughts on death.

"She always said the love of her life was her husband, Allen Ludden, who she lost in 1981," Saget wrote. "Well, if things work out by Betty's design -- in the afterlife, they are reunited. I don't know what happens when we die, but if Betty says you get to be with the love of your life, then I happily defer to Betty on this."

Saget will be remembered for his comedy, not just for his role on "Full House" and "Fuller House," but also for his appearances on "America's Funniest Home Videos" and "How I Met Your Mother," and for his standup and comedy specials.

Saget is survived by Rizzo and his three daughters from his first marriage to Sherri Kramer.

4:03
The actor and stand-up comedian, who was most famous for his role as Danny Tanner in the sitcom "Full House," passed away Sunday at the Ritz-Carlton in Orlando, Florida.