Amy Grant was recognized at the 2022 Kennedy Center Honors on Sunday and gave fans an update on how she's doing after her bike accident this summer.

The "Baby, Baby" singer told Entertainment Tonight she feels "fantastic," adding, "It's been the quietest season of my life, this fall, and to get back up to speed and, within one week, ease into this experience here, it's been incredible."

Grant, 62, who attended the prestigious event alongside her longtime husband Vince Gill, 65, also opened up about what she learned from her traumatic experience. 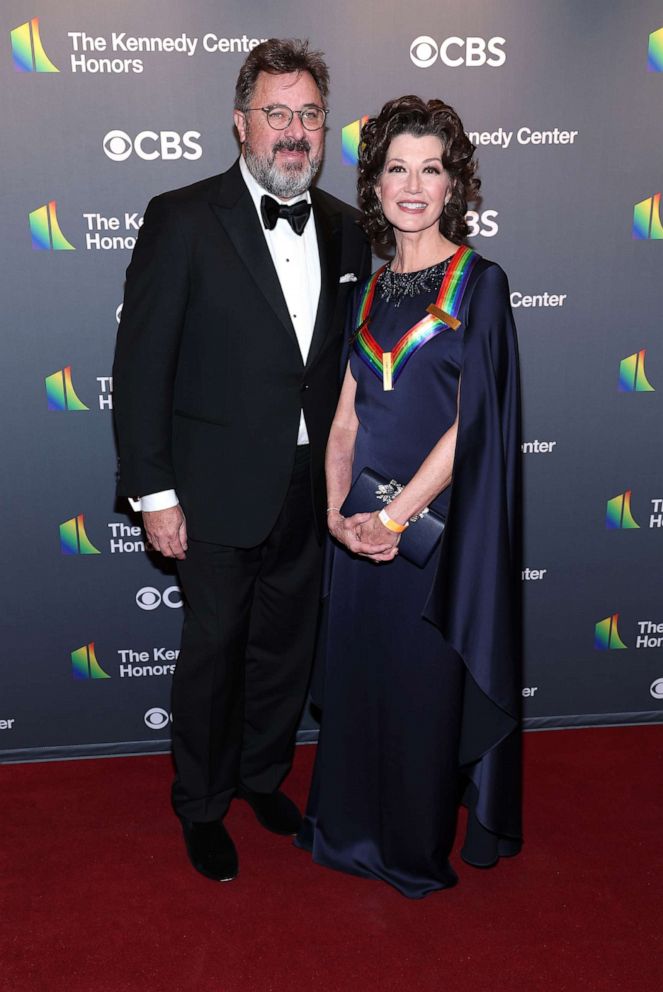 "I think any time you have a head injury, there's an extravagance of emotion," she said, noting that her trick is to wiggle her toes so she doesn't launch into a "big ugly cry."

Grant continued, "But the beautiful side of that is you feel sensitized to everyone and everything, and I hope I don't lose all of that."

The Christian pop singer said her Kennedy Center Honors recognition is "in a class all of its own."

"This honor feels like it's not a music honor as much as it is a cultural [honor], and it's just mind-blowing," she gushed. "I just feel like I'm on cloud nine...."

The event recognizes those who have made significant contributions to American culture through the arts. Other 2022 Kennedy Center honorees include George Clooney, Gladys Knight, Tania León, and the band U2.

Grant was involved in a bicycle crash in Nashville, Tennessee, back in July when she hit a pothole and was thrown from the bike, hitting her head. The six-time Grammy winner, who was wearing a helmet at the time, sustained cuts and bruises as well as a concussion after being knocked unconscious for about 10 minutes, resulting in a brief hospitalization before she was sent home to continue her recovery.

Grant also rescheduled a series of concerts until 2023.