In the new full trailer for "Blonde," the biographical fiction movie about Marilyn Monroe, starring Ana de Armas, the screen legend grapples with her onscreen persona and how it conflicts with her troubled "real" life.

"How did you get your start... in movies?" Bobby Cannavale's character asks Monroe in the official trailer.

"I guess I was discovered," she replies. "I know you're supposed to get used to it, but I just can't."

According to IMDB, Cannavale plays "The Ex-Athlete," as he's named in the Joyce Carol Oates novel on which the movie is based. The character appears to be a reference to Monroe's real-life husband, the late New York Yankees legend Joe DiMaggio.

"When I come out of my dressing room, I'm Norma Jean," she adds, referencing her birth name, Norma Jeane Mortenson. (In real life, Monroe legally changed her name to "Marilyn Monroe" on Feb. 23, 1956.)

The trailer juxtaposes the star's glamorous celebrity life with a fictionalized private life that's in shambles: Monroe dealt with invasive paparazzi and suffered from mental health issues and the after-effects of an allegedly abusive childhood. 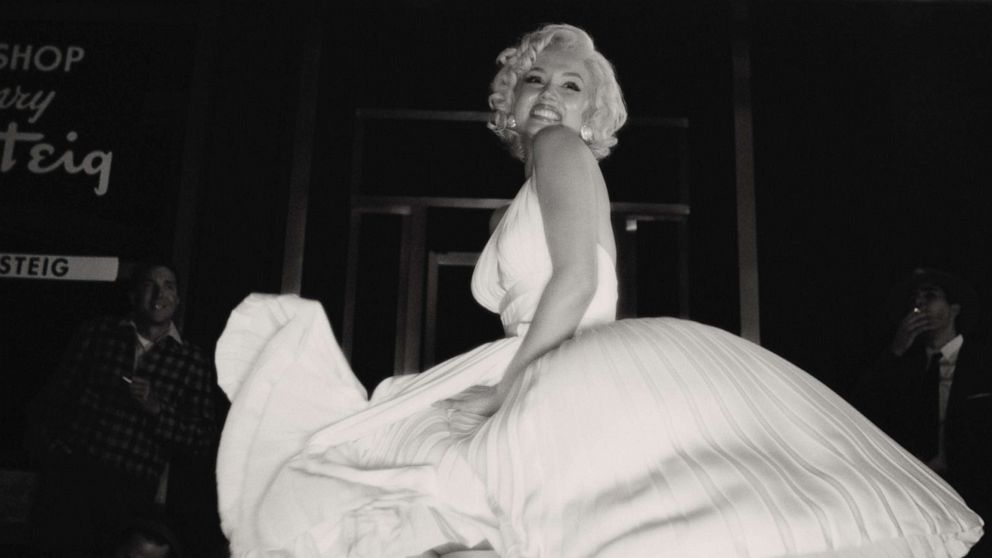 "Watched by all. Seen by none," a title card sums up the star -- and the person behind the facade.