The sparkling neutral-toned dress designed by Jean Louis was originally worn by Monroe to sing happy birthday to President John F. Kennedy in 1962, and the original sketch for the dress was done by Mackie who was hired early in his career at 23-years-old as an assistant to Louis.

While opening up about his thoughts on Kardashian wearing the iconic gown to this year's Met Gala, he told Entertainment Weekly it was "big mistake."

"[Marilyn] was a goddess. A crazy goddess, but a goddess," he added. "She was just fabulous. Nobody photographs like that. And it was done for her. It was designed for her. Nobody else should be seen in that dress." 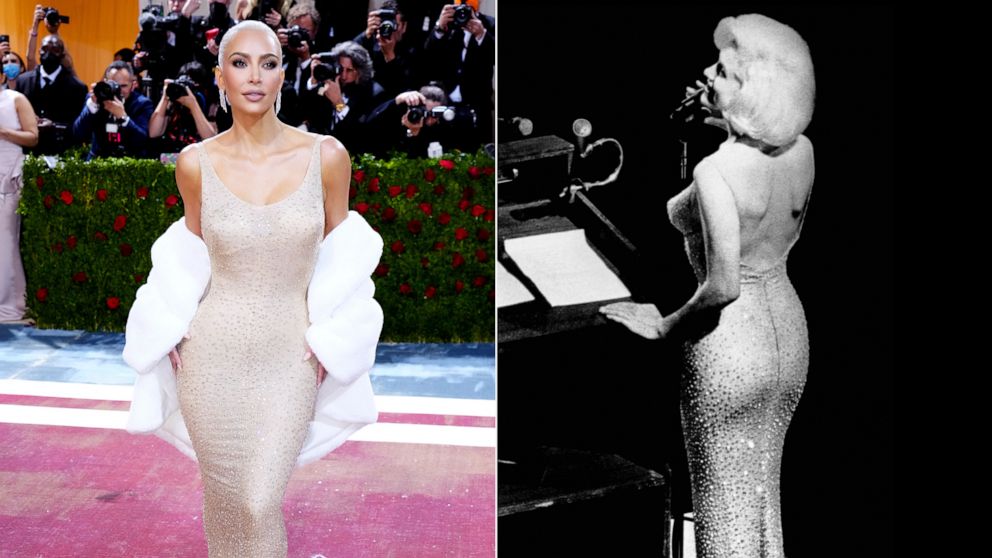 Contrary to Mackie's opinions received, Kardashian said that she was "honored" to wear the dress in an Instagram post. "It is a stunning skintight gown adorned with more than 6,000 hand-sewn crystals by costumier Jean Louis," she said.

Kardashian added: "Thank you Ripley's Believe It or Not! for giving me the opportunity to debut this evocative piece of fashion history for the first time since the late Marilyn Monroe wore it. I am forever grateful for this moment."

In addition to the reality star and businesswoman receiving backlash for wearing Monroe's dress, she was also called out by many, including actress Lili Reinhart, for revealing a crash diet she went on to lose 16 pounds in three weeks to fit into the dress.

Reinhart called Kardashians' crash diet behavior "so wrong" on "100s of levels" in a series of Instagram stories.

*sigh*
I do not say the things that I say because I want to be relevant or get attention. I speak up because I don't see enough people with large platforms calling out toxic behavior in our industry. Some people will never understand where I'm coming from and that's okay ☯️🙏🏻

"To openly admit to starving yourself for the sake of the Met Gala. When you know very well that millions of young men and women are looking up to you and listening to your every word. The ignorance is other-worldly disgusting," Reinhart.

Kardashian wore the famed gown to pose on the red carpet steps for this year's Met Gala but later changed into a replica version of it. Her choice of dress was a shock to many as most celebrities wear one-of-kind ensembles that are designed and worn for the first time at the annual affair. No one has ever reworn a dress of the magnitude of Marilyn Monroe's.

In 2016, Monroe's dress sold for $4.8 million to Ripley's Believe It or Not! at an auction -- making it the most expensive dress ever sold at an auction, according to Guinness World Records.

ABC News has reached out to Bob Mackie, but he has declined to make any further comments at this time.