Marvel has dropped the official trailer for "Ant-Man and the Wasp: Quantumania."

The film, the third focused on Ant-Man/Scott Lang (Paul Rudd) and the second featuring Hope van Dyne/the Wasp (Evangeline Lilly) in the title, will kick off Phase 5 of the Marvel Cinematic Universe when it opens in U.S. theaters on Feb. 17, 2023.

The trailer for "Ant-Man and the Wasp: Quantumania," directed by Peyton Reed, was released Monday.

This February, enter the Quantum Realm.

Marvel Studios boss Kevin Feige revealed in December 2020 that Rudd and Lilly would be back as their titular superheroes, with Michael Douglas and Michelle Pfeiffer also returning as Hope's parents, Hank Pym and Janet van Dyne -- the original Ant-Man and the Wasp -- respectively.

At the time, Feige also announced that Kathryn Newton had been cast as Cassie Long, Scott's daughter, and that Kang the Conqueror, played by Jonathan Majors, would be featured. Fans first met Majors as Kang in the first season of "Loki" on Disney+. 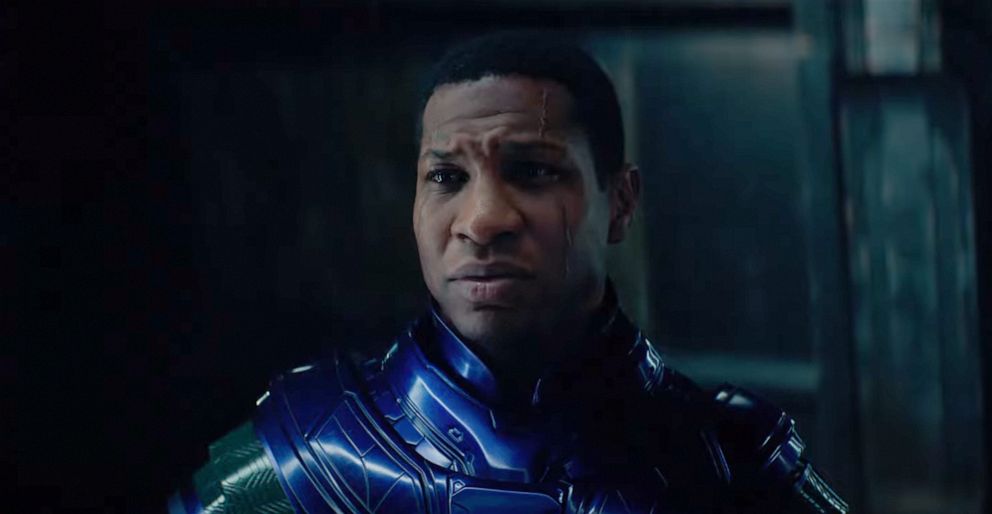 Disney
Jonathan Majors as Kang the Conqueror in a still from Marvel Studios' "Ant-Man and the Wasp: Quantumania."

According to the film's official synopsis, Scott, Hope, Cassie, Hank and Janet "find themselves exploring the Quantum Realm, interacting with strange new creatures and embarking on an adventure that will push them beyond the limits of what they thought was possible."

In July, Reed and the cast joined Feige onstage at San Diego Comic-Con for a Q&A and first look at the film. Rudd told the crowd that "Scott is pretty pleased with himself in his role with saving the universe" after the events of 2019's "Avengers: Endgame."

Newton added that the new film will explore the dynamic between Scott and Cassie, as her father missed years of her life while trapped in the Quantum Realm. "Cassie is becoming who she's supposed to be," she teased. "And I don't want to say anything else!"

"Ant-Man" and "Ant-Man and the Wasp" are both currently available to stream on Disney+.