At the stroke of midnight Friday, Ariana Grande, Miley Cyrus and Lana Del Rey dropped their new single and music video for "Don’t Call Me Angel," from the upcoming "Charlie's Angels" reboot.

The sexy clip opens with the trio strutting down a lavish corridor, dressed all in black and sporting black angel wings.

Grande and Cyrus dominate most of the song. Grande spends most of her time in a mansion and clad in a white angel outfit, while Cyrus shows off her boxing skills on some poor guy bound to a chair in a boxing ring.

"I make my money, and I write the checks / So say my name with a little respect," Cyrus sings before Del Rey, in her breathy voice, takes over for the song's bridge.

Some fans think the word "angel" might be aimed at Cyrus' ex Liam Hemsworth, who used to call her that lovingly. But as we also know, it's the name of the movie the soundtrack is on, too, and that trumps everything.

The video comes to an end with the girls back in black and looking anything like angels.

"Ain't from no heaven, yeah you heard me right," Grande says. 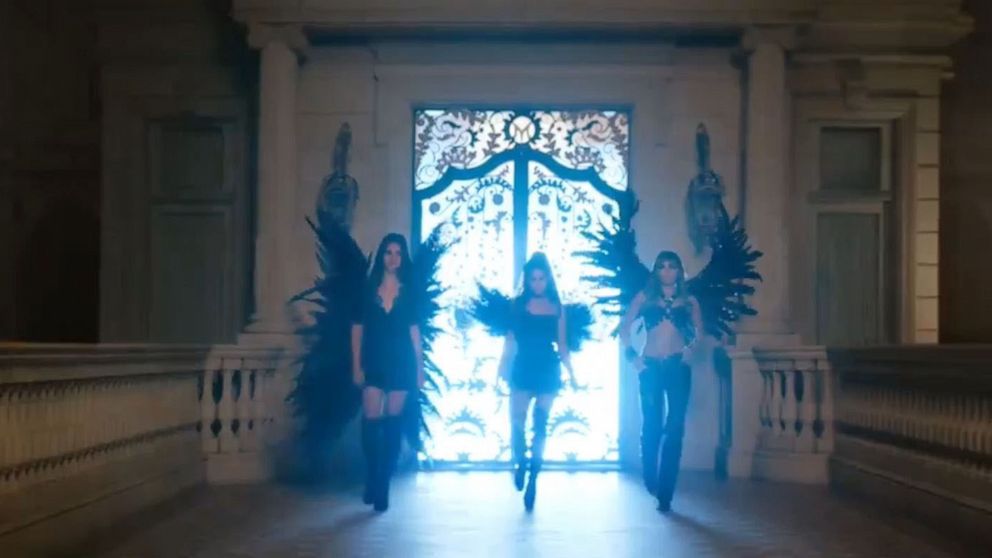 The video is nearing 6 million views and trending No. 1 on YouTube.

The "Charlie's Angels" reboot, written and directed by Elizabeth Banks -- who also makes a cameo appearance at the end of the video -- introduces us to a new spy trio, played by Kristen Stewart, Naomi Scott of "Aladdin," and newcomer Ella Balinska. It hits theaters Nov. 15.