After failing to talk to half of their 32 potential suitors and canceling the rose ceremony last week, Monday's episode of "The Bachelorette" found Gabby Windey and Rachel Recchia dealing with the difficult task of figuring out which of the remaining 29 men to invite on a group date.

Their solution was to make them compete in a pageant, while wearing speedos, to earn one of six spots at the group date after-party. The winners were Aven, Brandan, Colin, Jason, Johnny and Logan.

That led to an awkward moment for the Bachelorettes when both zeroed in on Logan as the recipient of their roses. Rachel's ultimately went to Logan, while Gabby settled on Johnny.

Rachel's first one-on-one date, a once in a lifetime Zero-G Experience with Jordan V., ended with him being sent home. He never made it to see country singer Brett Young and rising country star Ashley Cooke perform their romantic hit, "Never Til Now." 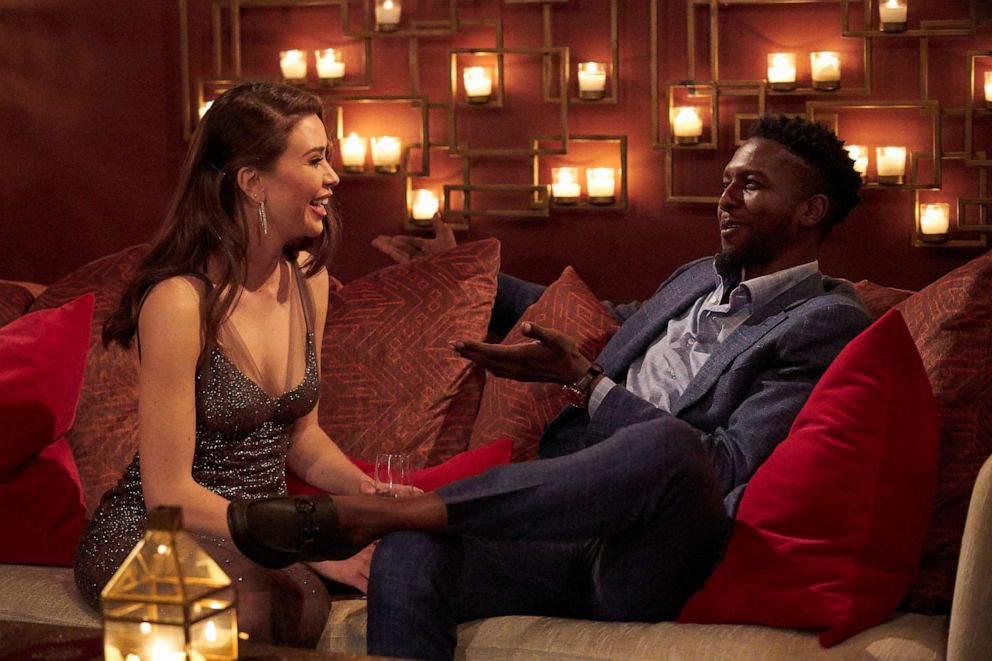 Craig Sjodin/ABC
Gabby Windey and Termayne in an episode of ABC's "The Bachelorette."

Gabby's one-on-one date with Nate, which included a helicopter tour of Los Angeles followed by a steamy hot tub session, went much better, ending with him receiving the date rose.

Meanwhile, back at the mansion, Chris' premature talk of fantasy suites and his intention to leave the competition if either girl was intimate with another contestant, without letting them know in advance, ticked off some of the men, who brought it to Gabby and Rachel's attention at the pre-rose ceremony cocktail party. He was ultimately sent packing. That led to a brief confrontation between Chris and his accusers, after which, he was escorted off the premises.

At the rose ceremony, Brandan, Colin, John, Justin B., Matt and Ryan were sent home.

Here are the 21 remaining men after the rose ceremony:

"The Bachelorette" returns Monday at 8 p.m. ET on ABC.