"Black Panther" hits theaters nationwide Friday, and it is being touted as the first modern movie to be fronted by a black superhero.

But T'Challa, king of Wakanda, has been breaking down racial barriers long before the Marvel Cinematic Universe came into existence.

In fact, the Black Panther had his first appearance way back in 1966 in one of Marvel's first flagship books, "Fantastic Four." In that issue, Stan Lee and Jack Kirby created a new hero for what is now called the silver age of comics.

Read: Chadwick Boseman praises the super heroic women of 'Black Panther'
Related: What 'Black Panther' means to boys and girls of all ages, races and genders

Like in the new film, even 50 years ago, Wakanda was described as a technologically advanced empire. In fact, the Fantastic Four meet the Panther after he gives them a flying craft as a mysterious gift. 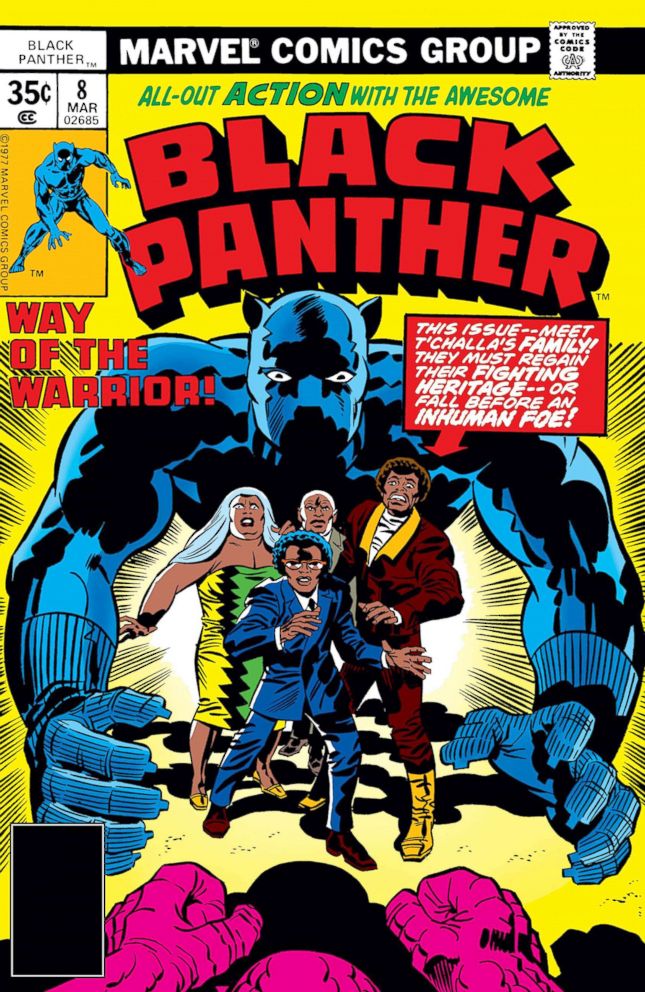 Marvel
The cover of a 1977 edition of the comic book Black Panther is pictured.

After testing the group in spirited combat, the Fantastic Four join T'Challa for a story arc that features one of the most famed team-ups in comic book history.

While this story-line may seem only slightly advanced for 2018, it was far beyond that in 1966.

Not only was Panther one of the first black superheroes in the pages of Marvel or any comic at that time, he was a king. He was also wealthy, and his country of Wakanda was even more advanced than the United States.

Lee and Marvel would eventually become synonymous with pushing boundaries within the pages of its books and being a part of the social consciousness.

Three years after the success of Black Panther, Marvel introduced Sam Wilson as Captain America's trusted partner and best friend, The Falcon. Luke Cage, the hero who now boasts a very acclaimed Netflix show, came along a handful of years later in 1972. 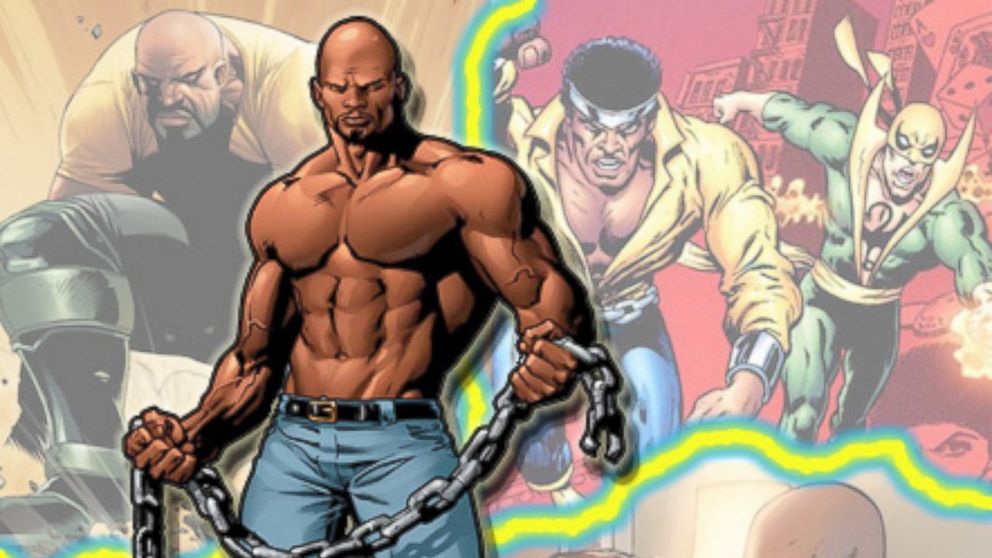 It's this type of risk-taking and commitment to unique characters that has driven Marvel for over half a century. Now, the universe includes a Korean-American Hulk, a female Thor and an African-Latino Spider-Man in Miles Morales.

Lee always maintains that he never wrote his early books with any kind of political agenda.

"You were always aware of all those social issues, but... I was just trying to write stories that people of all ages and sexes would enjoy reading. If we touched on any issue, I did it very lightly," he told HuffPost in 2016.

He added he didn't really think Panther's first appearance was a big deal in the '60s.

"A good many of our people here in America are not white. You've got to recognize that and you've got to include them in whatever you do," he told HuffPost.

But no one can deny the issues that were part of the fabric within Lee's pages.

In addition to civil rights, Lee was one of the first publishers to create a complex villain in that of Magneto, who first appeared in 1963 and readers later found out was a Holocaust survivor, driving a lot of the character's hate for humankind.

This type of complicated character is what drives today's films, including "Black Panther." In the blockbuster, Michael B. Jordan plays Erik Killmonger, who is driven by his past and social injustice.

But Marvel isn't always about the men either. In the mid-2000s, "Black Panther" introduced T'Challa's younger sister and tech genius, Shuri. This same character makes a big splash in the film and in the books, as she eventually takes over as the Black Panther and ruler of Wakanda after her brother is gravely injured.

For these reasons and more, Lee said: "Black Panther" was the film he and fans alike were eagerly waiting for.

"Boy, I think he's gonna be a big hit," Lee said in a video interview with Nerd Reactor. "I like the Black Panther, because first of all, he's not the typical way you'd write about a black [hero]... he's really the head of a nation."

ABC News and Marvel are both part of parent company Disney.