Benedict Cumberbatch can't say much about "Doctor Strange in the Multiverse of Madness," but he did tease it as the "scariest" installment in the Marvel Cinematic Universe yet.

Directed by Sam Raimi, the filmmaker behind the "Evil Dead" franchise and the Tobey Maguire-led "Spider-Man" trilogy, the sequel to 2016's "Doctor Strange" sees the titular hero exploring the multiverse with his friends: Wong (Benedict Wong), the current Sorcerer Supreme; and Wanda Maximoff (Elizabeth Olsen), aka Scarlet Witch.

"It's kind of got a little bit of everything for everybody," Cumberbatch said Wednesday on "Good Morning America," calling it "a bit of a genre-buster" and sharing his hope that it becomes "one of the jewels in the crown of the MCU."

The two-time Oscar nominee said "Doctor Strange in the Multiverse of Madness" is a "really fun ride" that has all of Raimi's "trademarks," which he listed as "darker tones," "jump scares" and "schlock horror," paired with his experience in the superhero genre.

"I think it's definitely the scariest of the Marvel films so far, so that was a fun element to bring," Cumberbatch said. 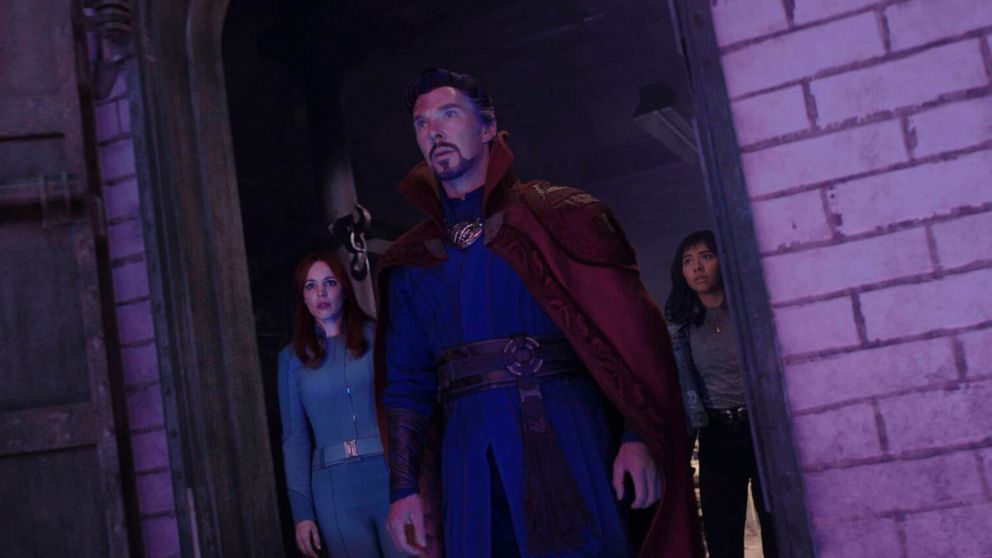 In addition to bringing back characters like Christine Palmer (Rachel McAdams) and introducing fans to new characters like America Chavez (Xochitl Gomez), there are also numerous rumored cameos -- none of which Cumberbatch said he can discuss.

"It's a phenomenal cast," he said. "And, if that wasn't enough, I then get to play a couple variants of the character himself to turbocharge his development, which was great fun."

As for what Cumberbatch hopes comes next for Doctor Strange in the MCU, he said he's "pretty much up front and center at the moment" and he doesn't see that changing.

"I think he's becoming one of the well-established characters in the pantheon and this sort of phase four that Marvel's going into with the multiverse he's the guy cracking it open, so I'm having great fun playing him," he said.

When he isn't playing a superhero on the big screen, Cumberbatch and his wife, Sophie Hunter, are doing what they can to help those in need in the real world -- notably by opening up their home to Ukrainian refugees.

"Everyone's trying to do something," he said, noting that the people he and Hunter are assisting are currently safe in Germany before ultimately joining the couple in the U.K. "when they're ready." 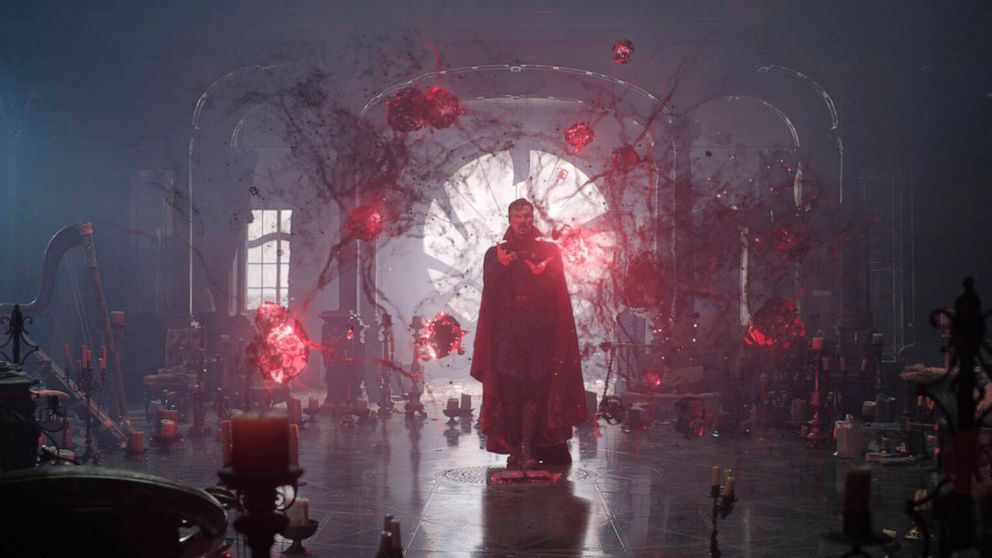 Cumberbatch said the Russian invasion of Ukraine, which began in late February, feels more present for those in Europe.

"It's a European war and feels incredibly close," he said. "It feels like very recognizable terrain, it feels like a recognizable culture and I think it means it's ever more urgent, ever more present, and it's atrocious what people are enduring. We do what we can."

"Doctor Strange in the Multiverse of Madness" opens in theaters May 6.

Disney is the parent company of Marvel, ABC News and "Good Morning America."