From a brand new film from Pixar to a sequel to a Marvel smash hit, we have much to look forward to from The Walt Disney Studios for some time to come.

Studio leaders and filmmakers from Lucasfilm, Marvel Studios, Disney Live Action, Pixar and Walt Disney Animation Studios joined together to wow an audience of nearly 7,000 this weekend in Anaheim at "D23 Expo," Disney's bi-annual ultimate fan event to offer guests a captivating look at Disney's upcoming film slate, including never-before-seen footage and a host of stars. 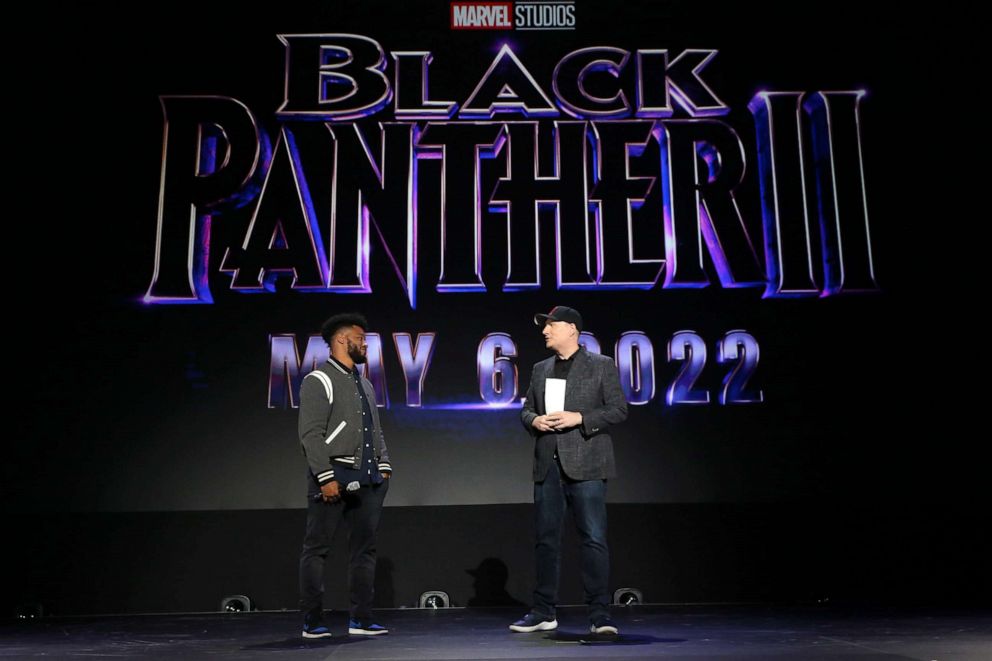 Feige also talked about next year's "The Eternals." He invited cast members from the film to the stage: Richard Madden, Kumail Nanjiani, Brian Tyree Henry, Salma Hayek, Lia McHugh, Don Lee, Angelina Jolie and Lauren Ridloff, who will be the first deaf hero in the Marvel Cinematic Universe

The film will be directed by Cate Shortland and stars Scarlett Johansson, who reprises her role as Natasha Romanoff. 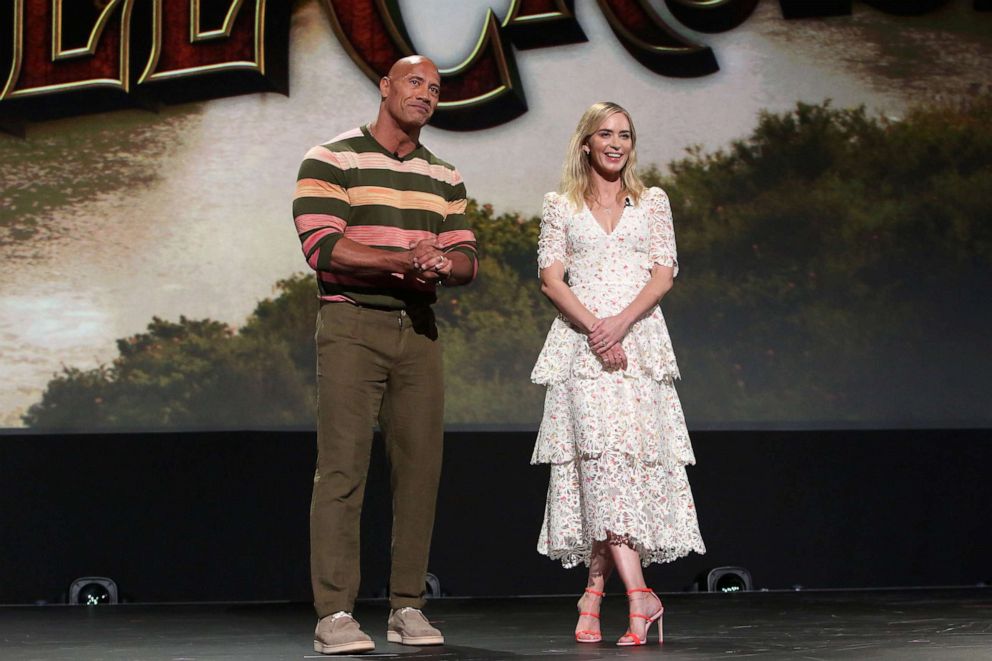 Johnson entered the Expo hall aboard an original Jungle Cruise boat, while Blunt arrived in a classic car to surprise fans.

The film will be directed by Jaume Collet-Serra and hits theaters on July 24, 2020.

Disney's "Maleficent: Mistress of Evil" is a follow-up to the hit 2014 film.

Maleficent, portrayed by Angelina Jolie, and her goddaughter Aurora, played by Elle Fanning, begin to question the complex family ties that bind them as they are pulled in different directions by impending nuptials, unexpected allies and new dark forces at play. 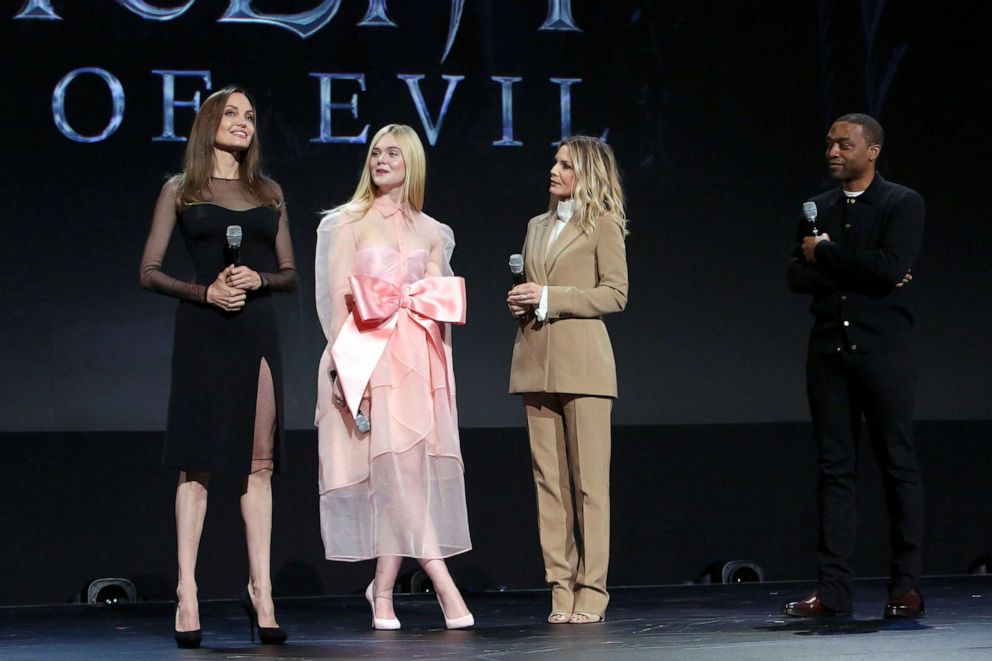 Elle Fanning explains why playing Aurora in Disney's ‘Maleficent' is special to her #D23 #D2Expo pic.twitter.com/4WjnJHmjBm

"Cruella," will be an all-new feature film starring Emma Stone and Emma Thompson. Stone will play the iconic "Cruella."

"Soul" journeys from the streets of New York City to the never-before-seen cosmic realms and "The You Seminar," which is described as, "the fantastical place where we all discover our unique personalities."

The cast couldn't really share much about @Pixar's new animated film #SOUL, soooo @Ginger_Zee asked them if the film could be a song what would it be? You're welcome!#D23Expo pic.twitter.com/QF0yGVODg8

Pixar's upcoming feature film "Onward" stars Tom Holland and Chris Pratt as two teenage elf brothers, Ian and Barley Lightfoot "who embark on an extraordinary quest to discover if there is still a little magic left in the world," according to Pixar. 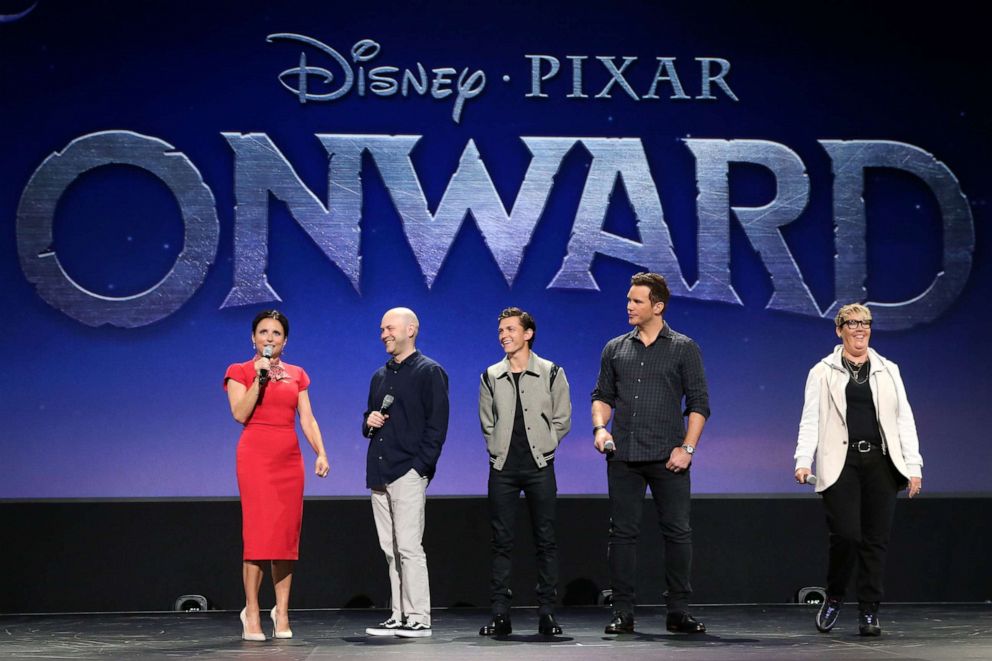 The film is set in a modern fantasy world, Disney and Pixar's "Onward" is inspired by director Dan Scanlon's personal experiences with his brother. Julia Louis-Dreyfus joins the cast as the mom in the movie and opens in theaters on March 6, 2020.

Exploring themes of community and hope, and inspired by the beautiful and diverse cultures of Southeast Asia, the fantasy-action-adventure "Raya and the Last Dragon" opens in U.S. theaters on Nov. 25, 2020.

Directed by Paul Briggs, the film stars Cassie Steele who voices the lead character, Raya. Awkwafina voices alongside portraying Sisu, who's "the Last Dragon, who was left on Earth in case dark forces return to the world."

Cassie Steele to @Ginger_Zee on portraying Raya in the newly announced #RayaAndTheLastDragon with @awkwafina: "Raya is such an empowered female. She's a warrior, she's a badass...she's a breakthrough character for Disney."#D23Expo pic.twitter.com/TDbN5NS0io

The new animated film will also feature seven totally new songs. Idina Menzel, Kristen Bell, Jonathan Groff and Josh Gad were on hand to surprise the "D23 Expo" audience with a performance of one of those new songs, "Some Things Never Change." 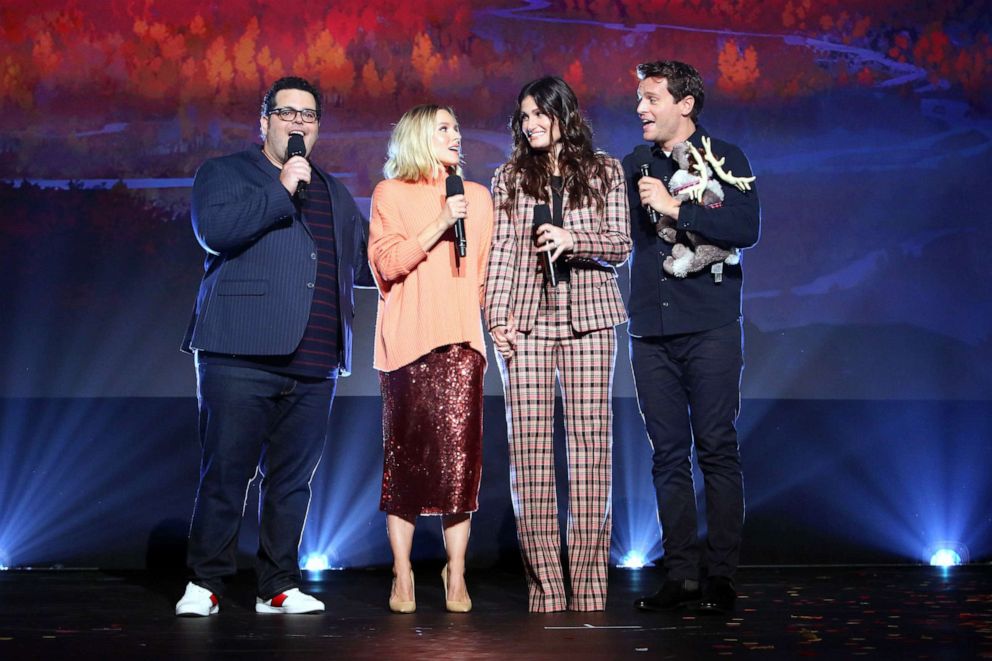 The cast of @disneyFrozen 2 says they can't tell us who they are saving, but talks about unique moments you don't want to miss. #D23 #D23Expo