Bryce Dallas Howard claimed in an interview this week that she was pressured to lose weight before starring in "Jurassic World: Dominion."

The actress and director, who plays Claire Dearing in the film franchise, recently spoke with the U.K. newspaper Metro about the experience, adding that "Jurassic World" director Colin Trevorrow ultimately intervened.

"How do I say this…[I've] been asked to not use my natural body in cinema," Howard said in a video interview with the newspaper. "On the third movie, it was actually because there were so many women cast, it was something that Colin felt very strongly about in terms of protecting me … because the conversation came up again, 'We need to ask Bryce to lose weight.' "

"I got to do so many stunts that wouldn't have been possible if I had been dieting," she added "I'm really thrilled [at] all the action I got to do, and I got to do it with my body, she was at her maximum strength, and I hope it is just yet another indication of what's possible." 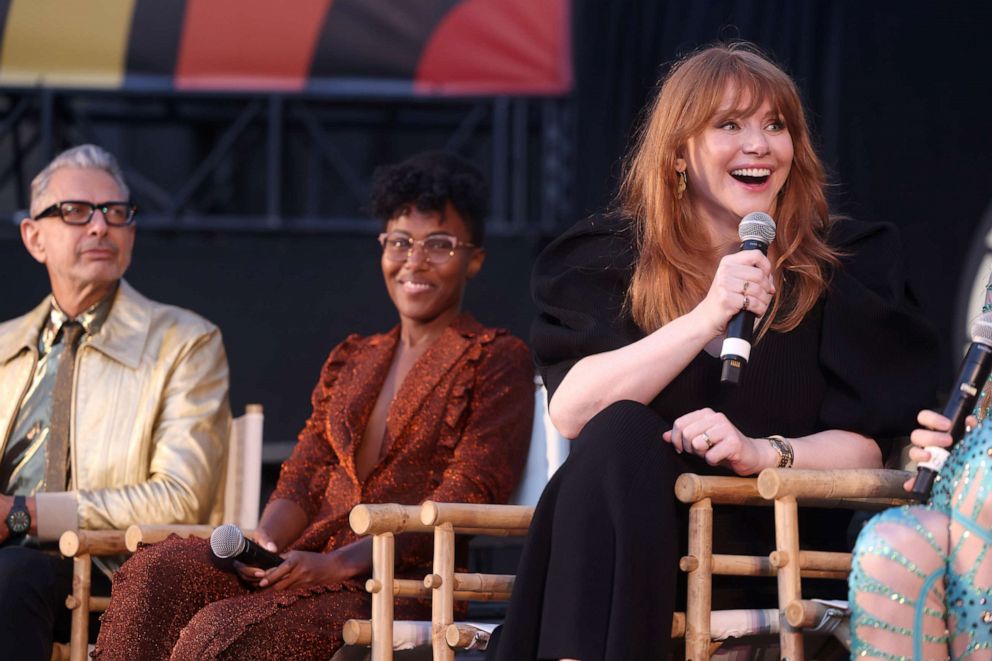 Last month, Howard also opened up to Insider about the pay disparity between her and "Jurassic World" co-star Chris Pratt, saying she was paid "so much less."

She said that it was Pratt who pushed her to receive equal pay on other franchise opportunities, including spinoff games and theme park rides.

"Chris and I have discussed it, and whenever there was an opportunity ... like a game or a ride, he literally told me, 'You guys don't even have to do anything. I'm gonna do all the negotiating. We're gonna be paid the same, and you don't have to think about this, Bryce,' " Howard said.