We couldn't help but wonder: After all these years, is there still sex in the city?

Luckily for us, the real-life Carrie Bradshaw -- Candace Bushnell -- stopped by to tell us that there is.

"It's a new chapter and maybe the players are different," Bushnell told "Good Morning America." "But it's still fresh, except I don't know if fresh is the right word when you're 60."

"Is There Still Sex in the City?" is, funnily enough, the title of Bushnell's latest book. It's all about the trials and tribulations of living a fabulous and single life in your 50s.

"It's really about a passage of time, like 'Sex and the City,'" Bushnell said. "It's about what happens after the happily ever after, because believe me, there is an after."

After an acclaimed book, an award-winning television show, and several blockbuster movies and spin-offs, "Sex and the City" is a household name among women of all ages. But before Bushnell was the inspiration for Sarah Jessica Parker's Carrie Bradshaw, she was a small town girl with big city dreams.

1. Life is about the ups and downs 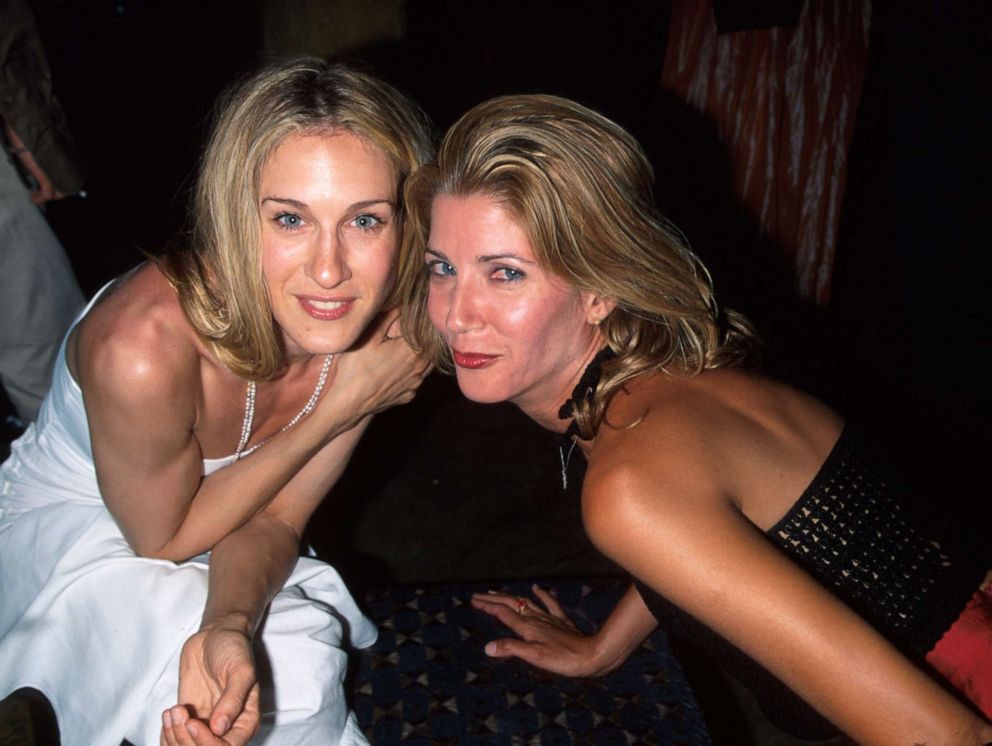 "When Sarah Jessica Parker first started playing the part, she really did play me," said Bushnell. "They gave her the same watch I had, the same ring, they tried to dress her similarly to how I dressed."

(MORE: 'Sex and the City' follow-up TV series in the works)

Bushnell had no idea how much her life would change when HBO adapted "Sex and the City" for TV.

"We didn't even know if it would last a season in this photo," explained Bushnell. "Nobody had any idea that it would become as big as it did. Who knew?"

2. Keep going and don't worry what other people think

"It's so freaky seeing this photo," laughed Bushnell. "I feel like I still look so much like this photo."

Bushnell grew up in Glastonbury, Connecticut, and was always eager to leave her small town behind, which is why she entered her town's beauty pageant.

"There was like an exchange kind of a thing where you could go to a foreign country and live with a foreign family for a month, and I was just dying to get out of my town," said Bushnell.

She came in second.

(MORE: Candace Bushnell to release new book and TV series on 'Sex and the City' after 50)

"Of course, the woman who won, she was a mean girl and she was so tied into the town that she didn't even want to go!" exclaimed Bushnell.

Even though she lost the contest, Bushnell, as well know, did eventually pursue her big city dreams.

3. Always get back on the horse 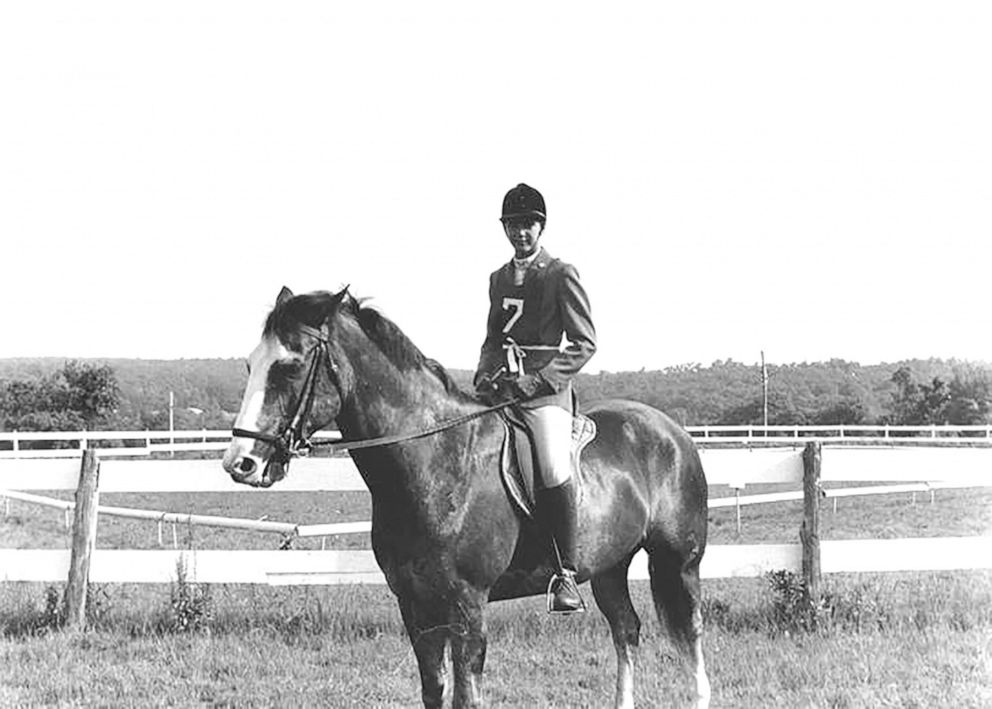 While Bushnell looks like a professional jockey in this photo, the relationship with her horse, Harry, was on-again ... mostly off-again.

"When I first got the horse, he bucked me off every single day," said Bushnell.

But whenever she came across adversity in her life, she quite literally always got back on the horse.

4. Make the best of any situation

"This is the photo that really got me into a lot of trouble with my parents," laughed Bushnell.

When she was 19 years old, the Carrie Bradshaw-in-waiting dropped out of college and moved to New York.

(MORE: 20 'Sex and the City' quotes that are actually solid dating advice)

"I started writing but I was also a punk model," said Bushnell. "I was wild and I was having so much fun."

From frequenting Studio 54 to making appearances at some of the other hottest NYC nightclubs, Bushnell felt like she was breaking free from her suburban chains.

"One of the things that I learned about myself is that I really could rely on myself," said Bushnell. "It was just an exciting opportunity to do all these different things, no matter what the circumstances are."

5. It's good to know when to stand out and when to blend in 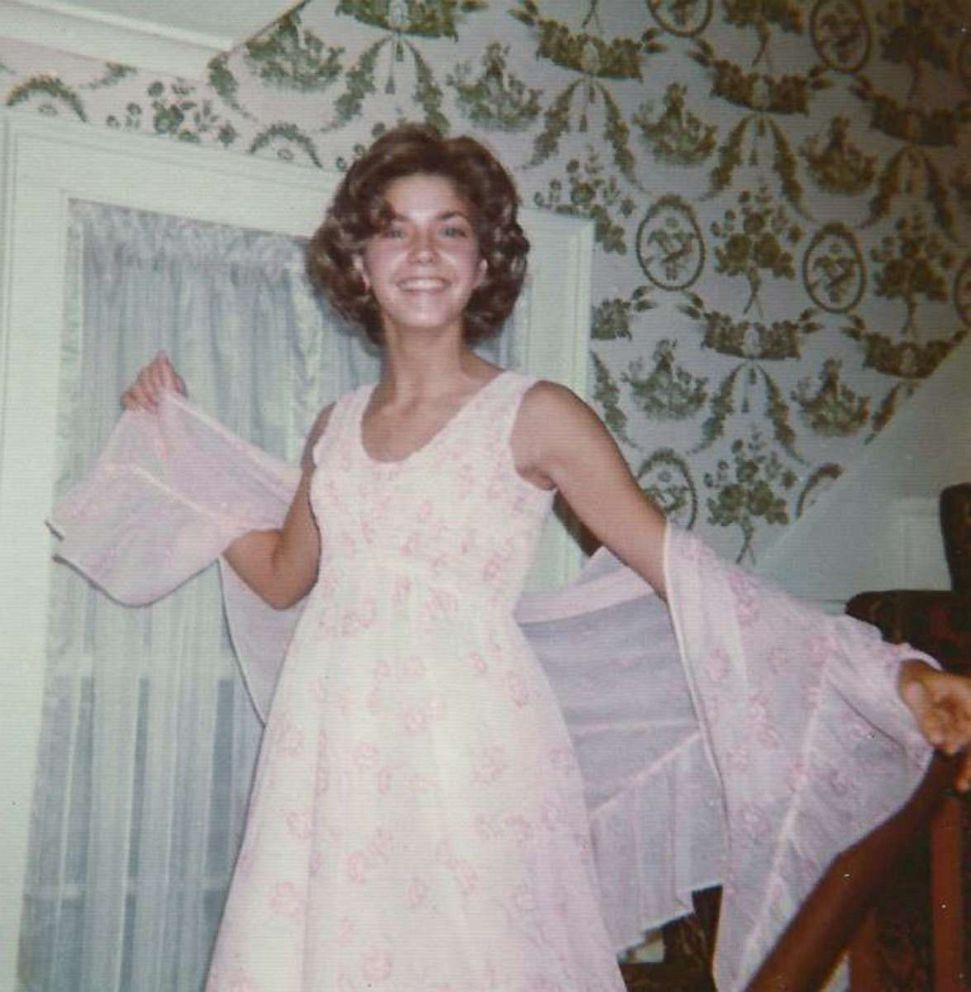 Many of us watch "Sex and the City" for the fashion. When it comes to style and beauty, Bushnell learned it all from her mama.

"Fashion was something that I was always interested in from a young age," Bushnell told "GMA." "Part of the reason is that my mother was very interested in fashion."

Bushnell remembers picking out the dress above with her mother to wear to her high school junior prom.

"If you come from a small town, everybody kind of dresses the same, so for us, it was one of the ways that you could be a bit different," said Bushnell. "One of the things I've learned is I know how to make an entrance into a room, but I also know how to slip into a room unnoticed."