Carrie Underwood is giving her fans an idea of what to expect when her "Reflection" residency in Las Vegas continues this March.

While reflecting on the first leg of her residency, Underwood described it as an "honor" to perform at Resorts World Las Vegas' new venue.

"I was really looking forward to this show, but didn't anticipate how much fun it was going to be to perform it every night," Underwood told "Good Morning America" via email. "It's such a great representation of so many special highlights from my career and this production is everything I hoped it would be and more." 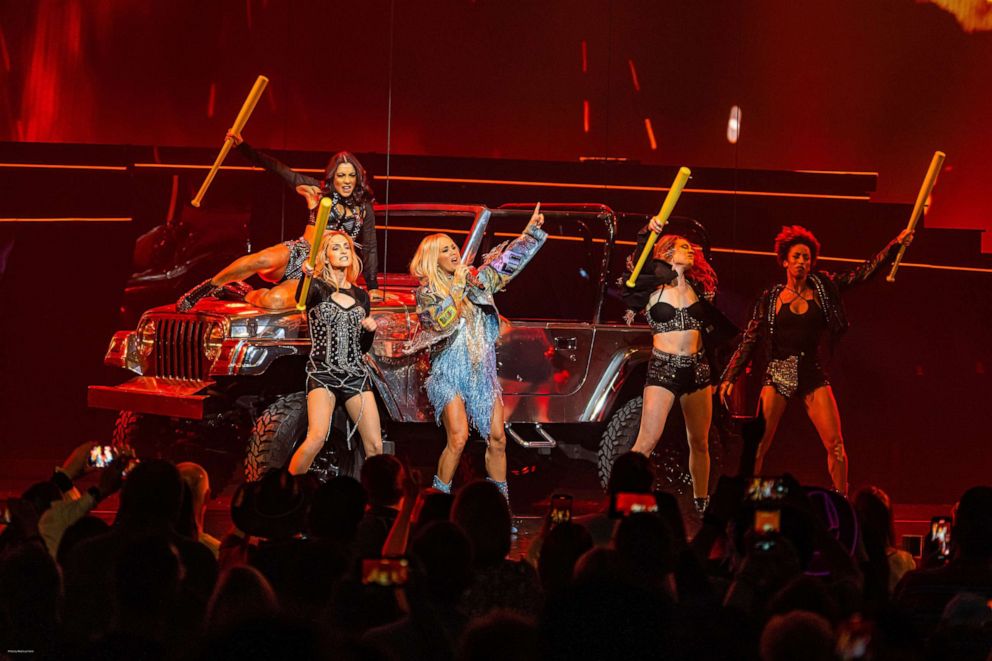 "We're so used to going out on tour and bringing the show to the fans where they are, but the great thing about being in Vegas is that people are coming from all over the world to see REFLECTION," she continued. "It's great for me because I'm able to come in and do a couple of weeks of shows without being away from home for long stretches of time."

It’s such a great representation of so many special highlights from my career and this production is everything I hoped it would be and more.

The singer's sons, Isaiah and Jacob, have managed to make it to Vegas to see their mom perform, and the production has their stamp of approval. Underwood's husband, Mike Fisher, shared a photo of the boys in December attending a performance.

"Jacob is still a bit young to take it all in, but since Isaiah is almost seven, he's seen me on stage and on tour before," she explained. "It was really special to have them see the show and they had a good time watching mom work." 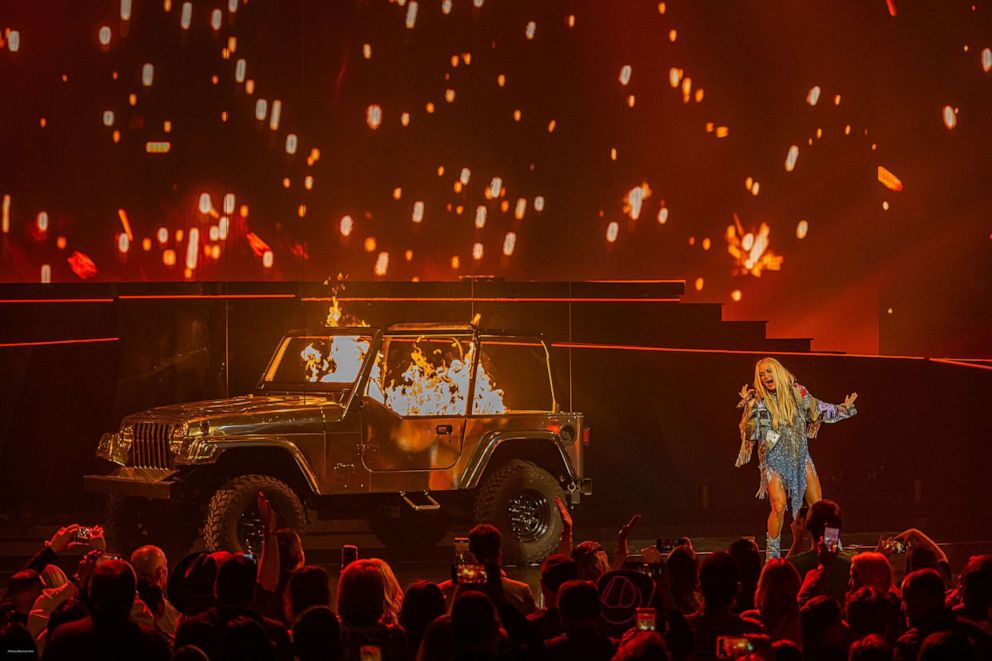 That waterfall finale, during which she performs her 2014 hit, "Something in the Water," is also a residency highlight for Underwood.

Describing it as a "magical moment," Underwood shared, "Every performer from the show is out on stage at that point, and it's just a beautiful, powerful moment." 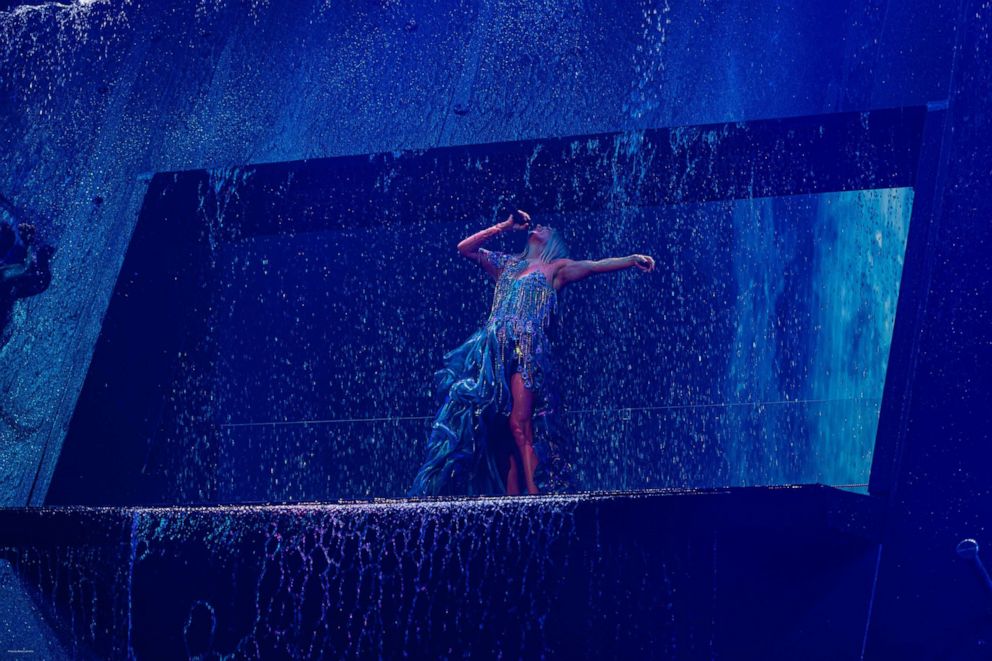 Fans of Underwood might wonder what sets her Vegas residency apart from a typical concert from the country superstar, and she said the big difference is "everything is definitely bigger."

The Barry Lather-directed show features "more rhinestones, more fringe, more effects, more everything," Underwood said. "We also wanted to celebrate what we like to call 'Nash Vegas' – women in country music have always embraced the kind of glitz and glamour you see in Vegas shows, it's a perfect marriage." 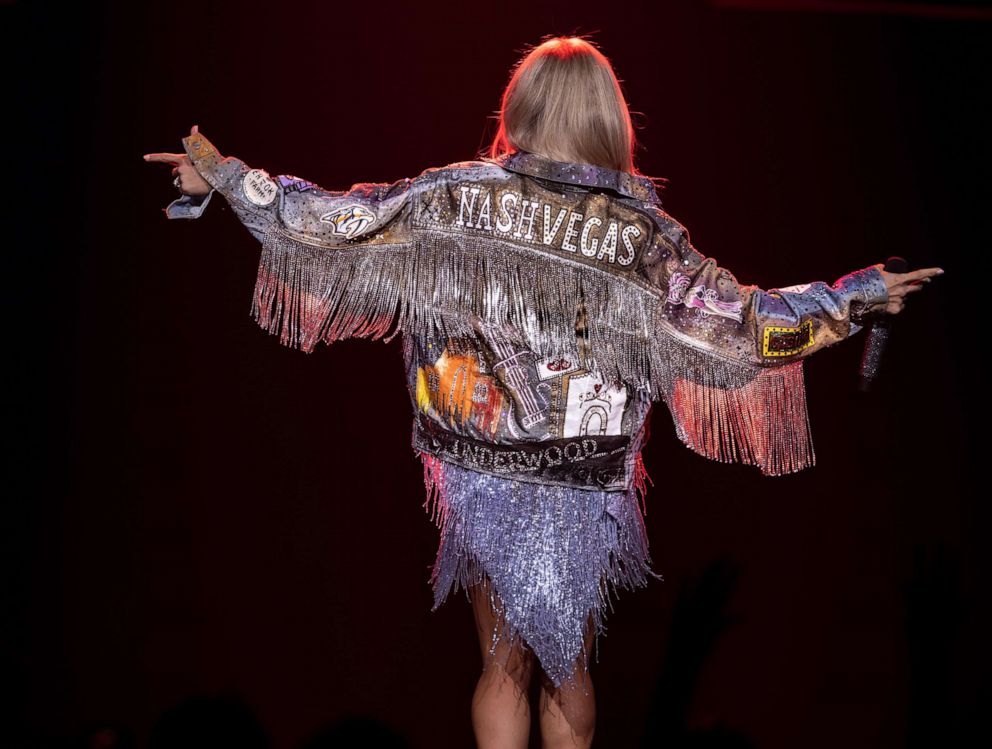 "We're able to do so much more with the sets and wardrobe and effects than we could with a touring production that has to be loaded in and out every night," she continued. "And it's great to go back to my room at the end of the night and not have to travel to the next city."

Underwood said the entire experience has been "a unique celebration of my career so far."

Fans can get the chance to see Underwood perform some of her greatest hits from her career at the remaining shows -- and contribute to a good cause. A portion of ticket sales for the residency are being donated to the Make-A-Wish Foundation of America.